Home Special ReportHealthcareWellness The state of yoga in beirut

When I first came to Beirut from New York to teach yoga, I was discouraged by the chaos, the disorganization, and the lack of respect for others,” says Danielle Abisaab, owner of Union Square Yoga in Beirut’s Ashrafieh district, just down the hill from ABC Mall. “But after a while, I reached a point where I thought people needed me more here,” the lithe fortysomething with intricate tattoos and huge green eyes remarks as we sit in her penthouse apartment near Sofil. “They pick up the different layers; it’s a war torn country, with wounds. Yoga has been around for thousands of years for a reason: it works.”

It certainly seems to be working for an increasing number of people in the city, as yoga studios pop up seemingly everywhere in Beirut’s wealthier corners, and classes are being offered at gyms everywhere else. People of all ages and both genders can be seen toting rolled yoga mats up and down Gemmayze and Hamra’s main streets, wearing yoga pants and serene smiles, more so than ever before. 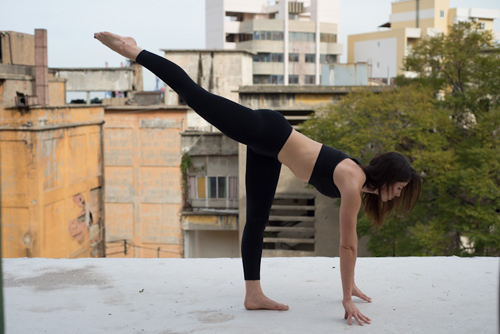 Further, more and more yogis are exploring the idea of sharing their practice as a way to earn a living, as well as spread a message of calm and serenity in what can be a messy, unpredictable city. “Yoga is definitely becoming more popular as a career choice in Beirut,” newly certified instructor Pip Usher tells me. After a six week yoga certification course in Bali, the British expat has begun officially giving popular private and group yoga lessons out of her Mar Mikhael apartment. Abisaab agrees, “Whereas there had been only around 10 or 12 of us when I moved back to Beirut in 2005, there are now 220 yoga teachers in the city,” she marvels.

Both Abisaab and Maria Pamoukian, a longtime teacher at NOK Yoga Shala, the high ceilinged, airy studio in Saifi Village that closed at the end of April after three years (following the death of its director), trace the beginning of the local surge of interest in yoga to mid 2013. At first, the growth was gradual, but then, “over a period of a couple of months, my classes went from 15 to 35. I started getting recognized on the street all the time,” Pamoukian laughs, curled up over a chai latte at a Gemmayze cafe. The groundswell was conveniently timed for Union Square, which opened its doors in May 2013. “Growth was exponential from the beginning,” Abisaab recalls.

The rapid growth of Union Square, NOK, and private practices including Usher’s, speaks to an untapped market in Beirut for the kind of thoughtful, meditative, and calming practice that yoga can provide. “There was definitely a need for a community yoga and Eastern philosophy space,” Pamoukian says; the opportunities for reflection and exercise that NOK and other studios provided “filled that need.” 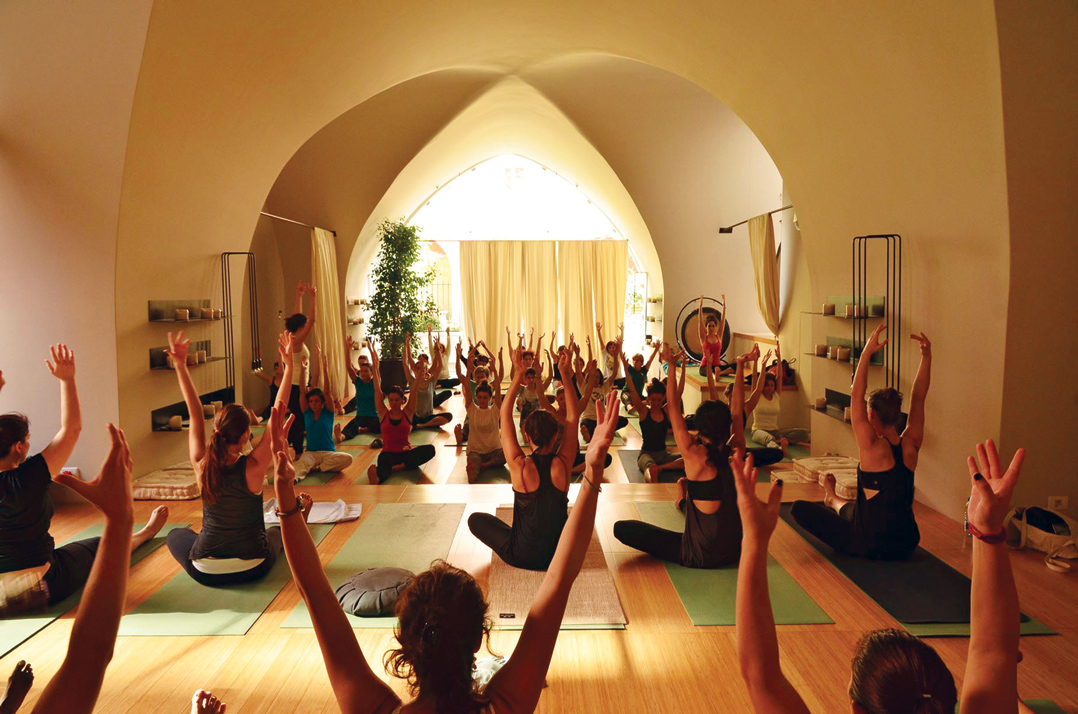 During this period, as Beirut’s second generation of teachers (as Pamoukian calls them) began building communities of regular students, different types of people began showing up at the studios. Whereas before, “it was a lot of women in their 30s and 40s,” Pamoukian says, now there were “more men practicing, more university students, more people 25 and under.”

But turning to yoga as a profession hasn’t meant having to abandon other interests. Abisaab, who was a New York based architect in a previous incarnation, jumped at the opportunity to design her own studio when the space became available and her practice had developed enough to support it. The result: an open plan space with affirmations in English and Sanskrit subtly painted on the walls, silk hammocks hanging from the ceiling for Abisaab’s signature aerial yoga classes, and Hindu statuettes and fragrant incense at the studio’s entrance. It is as much a reflection of her personality and design philosophy as it is an attempt to create a space of stillness. “I wanted to create an urban space; not a new age‑y ethereal space, but one with which people could identify, while still feeling comfortable and relaxed,” Abisaab explains. 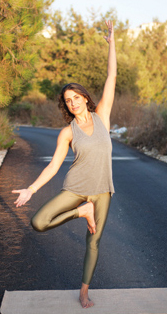 As Beirutis began practicing yoga more regularly, studios flourished, as did teacher trainings, with fresh graduates looking to dip their flexible feet into the pool of yoga instruction. For NOK’s part, Pamoukian (who spent several months managing the studio after its director Hisham Hert died in a motorcycle accident) believes that the studio “gave courage to a lot of current teachers to do their own thing and not work out of their living rooms; it showed people that having their own space was a sustainable option.”

In the past year, several former NOK and Union Square teachers have launched their own spaces: Aaed Ghanem quit teaching at both NOK and Union Square to launch Beirut Yoga Center last year, near Monot (which features Bikram yoga, practiced in a heated room, and yoga-Pilates hybrid classes); Mrad Mouawad launched Barefoot Studio in Monot this April, which will offer both yin, fusion yoga and pilates as well; and former NOK teacher Sarah Warde opened Hamsa Yoga Space in Sassine in May, focusing on “traditional” yoga that includes hatha, vinyasa and ashtanga styles.

Looking to the future, Abisaab is cautiously optimistic. Despite its popularity, she reasons, yoga has still only reached a limited number of people in Lebanon. Perhaps that is because yoga still reaches those who are aware of its different forms, or those with a way of life that can accommodate regular yoga. Yet she is adamant that, “every single person in this country needs it.” As the number of studios that are sprouting and the diversity of classes on offer attest, yoga doesn’t seem to be just a trend but part of an expanding, sustainable practice that’s become a lifestyle.