In mid-May there was a temporary mass migration to the south of France as film professionals around the globe rushed to attend one of the year’s most prestigious international film festivals. When Executive spoke with a number of Lebanese film industry stakeholders last month, the excitement in the air was palpable. But it wasn’t the overly talked-about celebrities on the red carpet that shone in the eyes of these individuals. The real stars here were the three Lebanese films in the official selection at the 69th Cannes Film Festival.

For most Lebanese productions, being seen on an international stage at a festival like Cannes is their best bet of getting picked up by foreign distributors or sales agents. And with such a small domestic market that even the most successful theatrical releases have difficulty breaking even (see finance story), securing distribution in France, for instance – a country with a long history of co-producing with Lebanese cinema – is on the minds of local independent production houses such as Abbout Productions, which was one of the producers of Tramontane, the feature film that competed in Cannes as part of the International Critics’ Week, more commonly known as La Semaine de la Critique.

“Cannes is like the holy grail of [independent] films. Once you are selected, it’s like you are part of these films that will be seen more than others, go around a lot of festivals [and] have more chances of finding distribution, so it’s kind of very exciting for us and for the film to have it at Cannes,” says Myriam Sassine, producer at Abbout Productions.

Festival visibility helps on other counts as well. According to Sassine, gathering the estimated “$600,000 to $700,000” for the production of the film from various sources in multiple countries  was not the Herculean task that it usually is, partly thanks to director Vatche Boulghourjian’s previous success. “[Boulghourjian] did a short film that was in Cannes in 2010 called The Fifth Column, and he won third prize, so he was already kind of visible as an emerging talent [and] there was curiosity about what he would make,” explains Sassine.

Taking it one step further, it is in fact common practice nowadays for unfinished projects to look for funding through the Marché du Film (Film Market) that runs in parallel to the Cannes Film Festival and is the center of all commercial activity in the film industry. The Fondation Liban Cinema (FLC), a nongovernmental organization that has been supporting the film industry since 2003, organized the screening of five films that are works in progress in the event ‘Lebanon Goes to Cannes’, inviting investors and distributors to preview 20 minutes of each in the hope of securing financing for postproduction from interested buyers. At time of writing, there have been no announcements of inked deals, but a source at the FLC stated that the reception had been generally encouraging.

To the thousands of film distributors and sales agents that attend, the Cannes Film Market means serious business. This is where distributors compete for the biggest projects, as they skim through film screenings, talk with producers and sign their deals for the year.

The importance of Cannes to the industry thus lies in the exposure given to selected films, which increases the likelihood of getting financed, and because it is the movie marketplace where distribution contracts are signed. It is also a great opportunity for a nation to promote its cinema, and realizing that, the FLC worked in collaboration with the Lebanese Tourism Office in Paris – the Lebanese tourism ministry has just one other overseas branch in Cairo – to establish an official presence at Cannes with the Lebanese Pavilion starting in 2005. 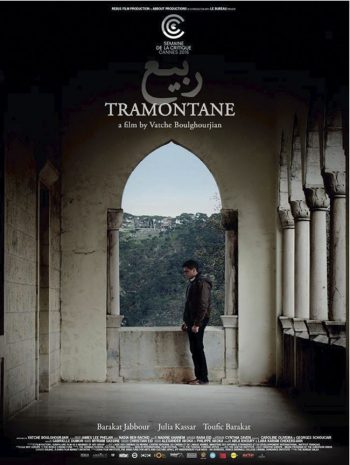 “As the ministry of tourism, we are fulfilling our mission: communicating on something interesting in Lebanon – in this case cinema – and promoting our territories for filmmaking,” says Serge Akl, director of the Lebanese Tourism Office in Paris. With this goal in mind, an initiative called 35mm from Beirut was launched by Akl in 2009, the year that it provided the “first ever location guide” for Lebanon to facilitate networking between foreign and local film professionals.

Participation in the festival is a costly venture, with 60,000 to 80,000 euros ($67,103 – $89,471) invested by the Ministry of Tourism through their Paris office on a yearly basis, not to mention the corporate sponsorship by Bankmed that supports FLC going to Cannes. The Lebanese Pavilion itself, now in its 12th year, does not come cheap. According to the Film Market website, the starting fee for a standard pavilion is 16,800 euros ($18,789), which gives you 25 square meters of tent space and 25 square meters of terrace. The cost then goes up with each additional square meter. Add to that promotional and media spend, as well as travel expenses – Akl revealed that the ministry sometimes assists Lebanese filmmakers going to Cannes with airfares, hotels and other costs. This year in particular required a sizeable investment, with the addition of a Lebanese cinema party organized for industry professionals – a similar event was held once before in 2007 – and the production of a promotional video to advertise Lebanon as a film-shooting destination, commissioned by the ministry and directed by renowned filmmaker Philippe Aractingi.

The general consensus is that the investment has been worth it, with each year improving on the last. In 2015, Lebanese Ely Dagher picked up the Short Film Palme d’Or, the highest award in his category at Cannes, for his animation Waves ‘98, allowing Lebanese student filmmakers to dream that they too can succeed. FLC representatives returned from Cannes last month, bubbling with enthusiasm over the positive response to the films – Tramontane received a standing ovation – and the fact that Lebanon had its largest Cannes presence to date. With the rising momentum and the high number of films being produced this year, “2016 is the year of the cinema for Lebanon,” says FLC President Maya de Freige.