In photos: The creative cave

Every human dwelling owes something to the primordial need for shelter that is associated with the stereotype of a caveman — which is usually a synonym for a life with ample room for cultural refinement. But unfortunately, far too many apartments and even so-called villas of our day and age fit the caveman ticket at least in their exteriors. Cities today, just like the past 100 years have the flair of stacked caves that are crowded into buildings are deficient of character. They are structures built from primitive design or shortsighted greed, or both. Consequently, millions of buildings in thousands of cities are only theoretically conducive of social life and economic activity, lacking structural character that would support their owners and tenants in improving their lives.

Beirut also is stacked with buildings that create feelings ranging from distance to disgust, whether as fancy but wholly unimaginative towers or as barely functional boxes used for commerce, housing, leisure or education. But that is not the whole truth. There is not only a small and dwindling portfolio of heritage buildings that help the city to breathe civilization, there is also a small but growing stock of new buildings that represent ingenuity and some that even make us think — and perhaps help us think more constructively.

When Executive last month surveyed one such building, the new home of the Issam Fares Institute think tank on the grounds of the American University of Beirut, IFI director Rami Khouri said that the new building had immediately boosted his team’s ability “to do better work.” Part of this was due to the structure’s information and communications technology features and the high visibility that the building provided. But another part of the productivity gains derives from the building’s design and the conducive environment that it generates, Khouri said, inspiring staffers to conduct their “core activities with much greater enthusiasm.”

With a tip of the hat to the project owners, architects and developers that have invested themselves in unconventional projects, Executive has put together a selection of recently completed buildings that impress us as concepts, and which give us something to think about. Some may even be seen as entrenched, positive elements of the city’s fabric in 100 years time. 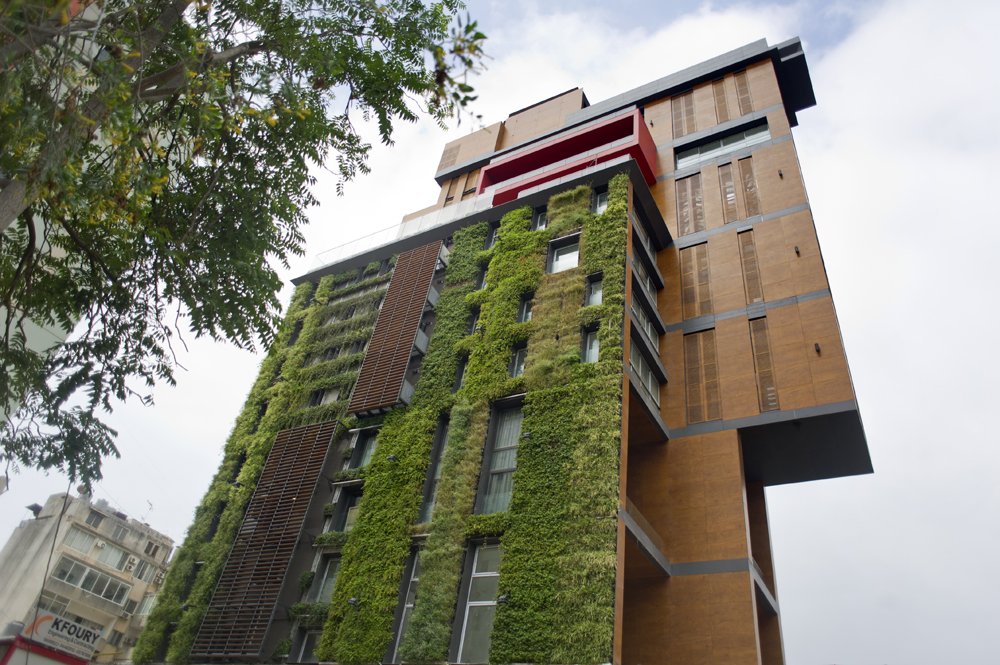 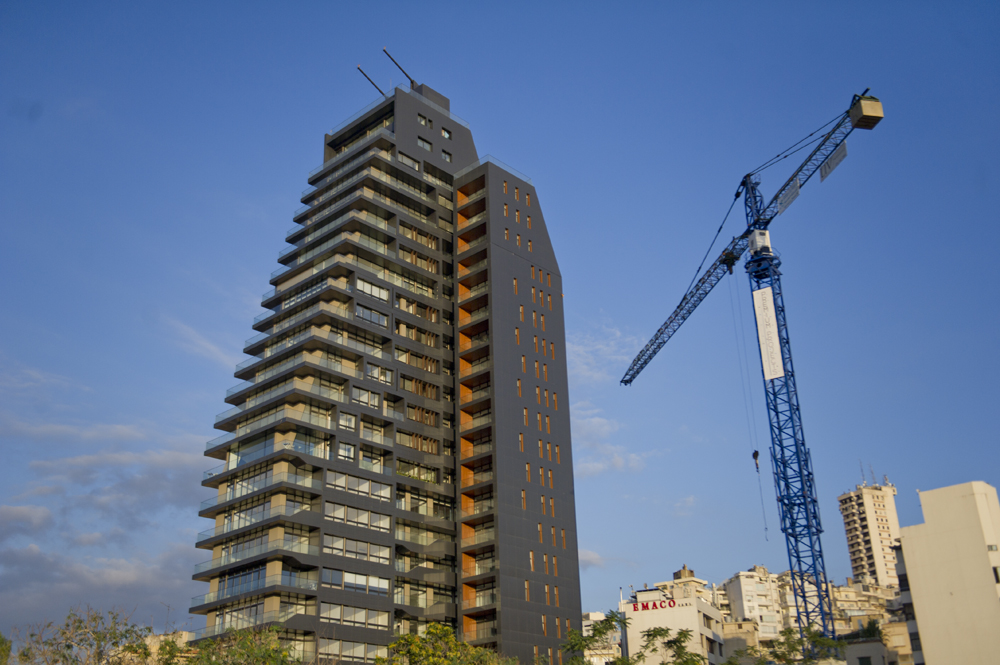 Skyline is one of several ongoing projects that emblematic Lebanese architect Bernard Khoury has signed with his name, including an outstandingly designed lofts project that is nearing completion on the outskirts of Beirut proper. Skyline is a project saying that tall (by Beirut standards) residential buildings do not need to be off-putting. As residential towers go, it is a safe assumption that Khoury’s well-reputed designs denote properties that combine an up-market price tag with long-term viability. Architecture: Bernard Khoury. Completion: 2014. Area: over 13,000 sqm. Usage: Residential 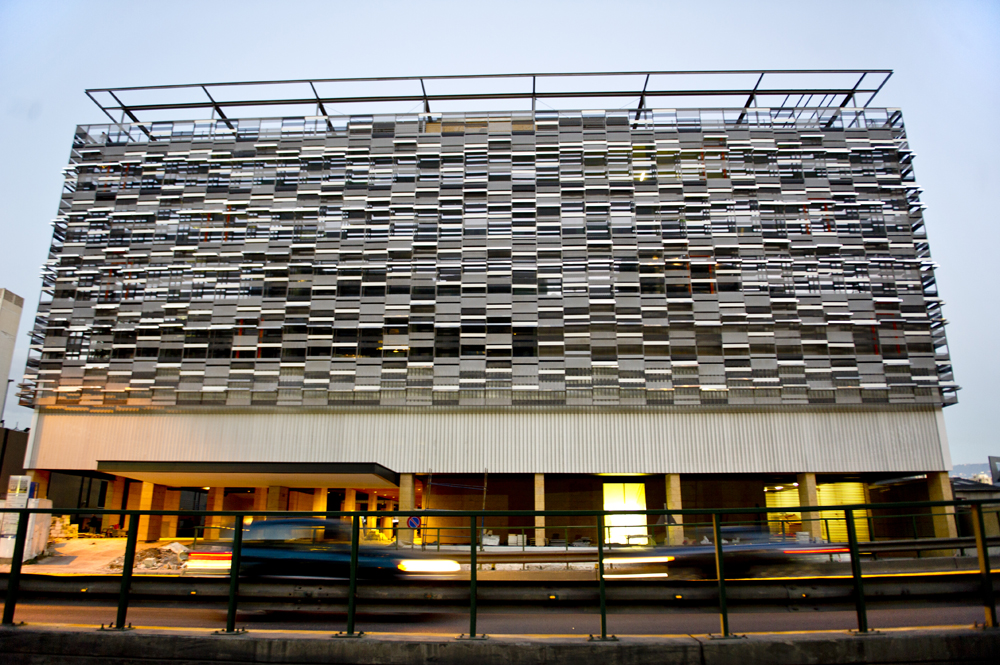 As far as name giving goes, the Holcom Head Office is at best a generic compilation, but the building is a star example for positively disrupting a drab area of faceless industriousness. With a new skin and full credentials of energy efficiency, the building offers ways that many Lebanese corporations should want to follow with their headquarters. Architecture: Atelier des Architectes Associés (AAA) with lead design by Lombardini Italy. Projected completion: 2014. Area 33,000 sqm. Usage: Commercial 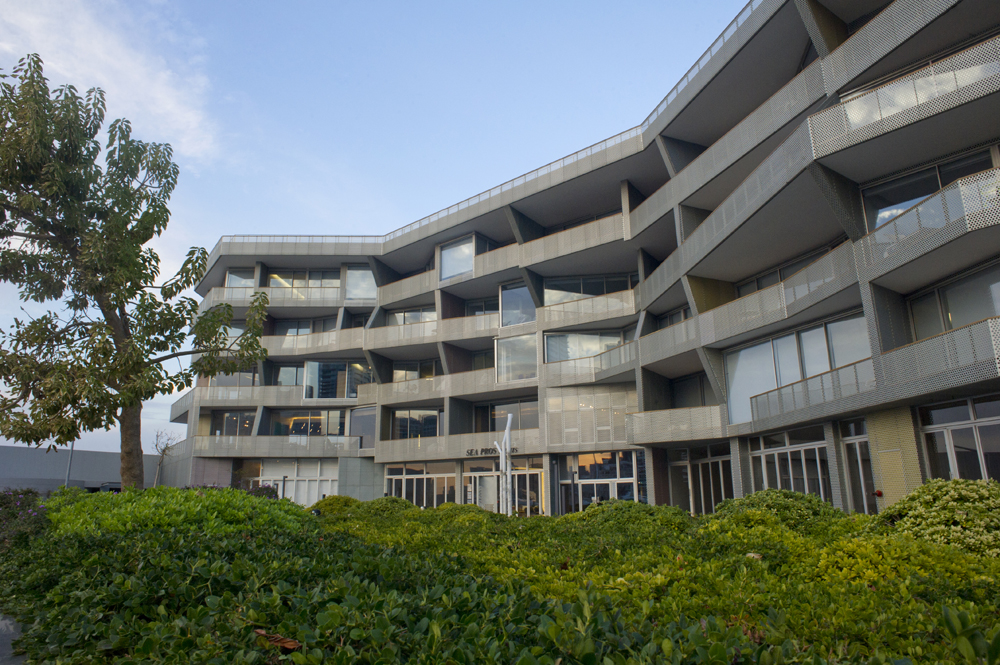 Le Yacht Club sits at the intersection of Beirut’s most pretentious assemblage of high-end properties with the city’s (yet to be implemented) new urban lung and the sea’s immutable expanse. The design may not be everyone’s favorite but the pricey project is dignified in the way of 21st century capitalism. Architecture: Steven Holl. Completion: 2014: Area 10,000 sqm (plus 4,000 sqm in Zaitunay Bay hospitality and retail zone). Usage: Leisure and residential 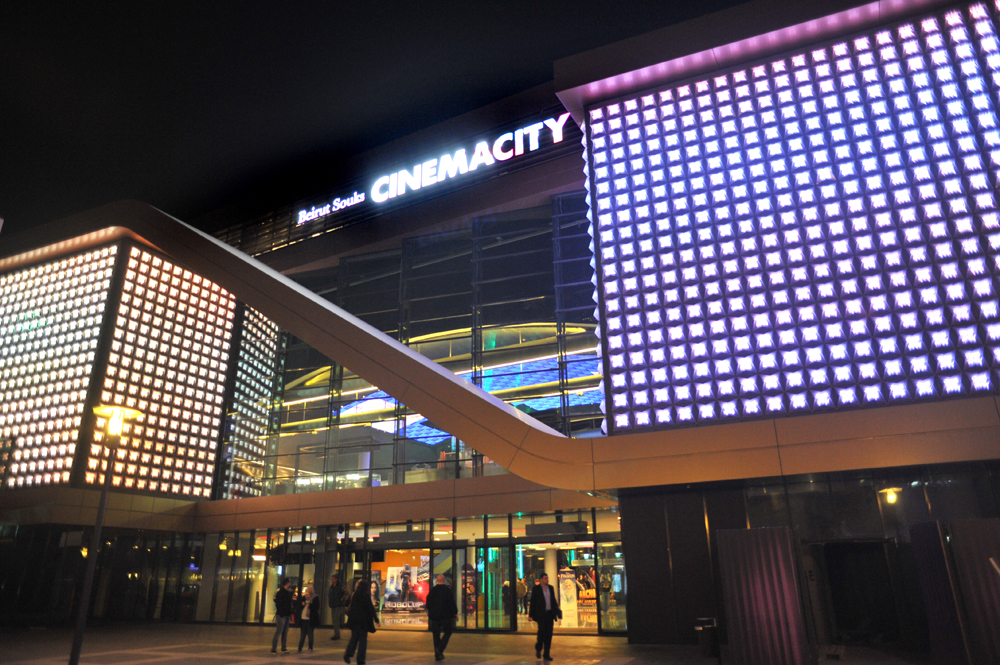 Branded as CinemaCity, the new entertainment complex in the Souks of downtown Beirut complements the area’s historicizing ambiance and few genuine heritage buildings with a bright dash of tomorrow. Although it has been open for just over half a year, it feels as if it has always belonged. Architecture: Velode et Pistre and Annabel Kassar. Completion: 2013. Area: 27,000 sqm Usage: Leisure 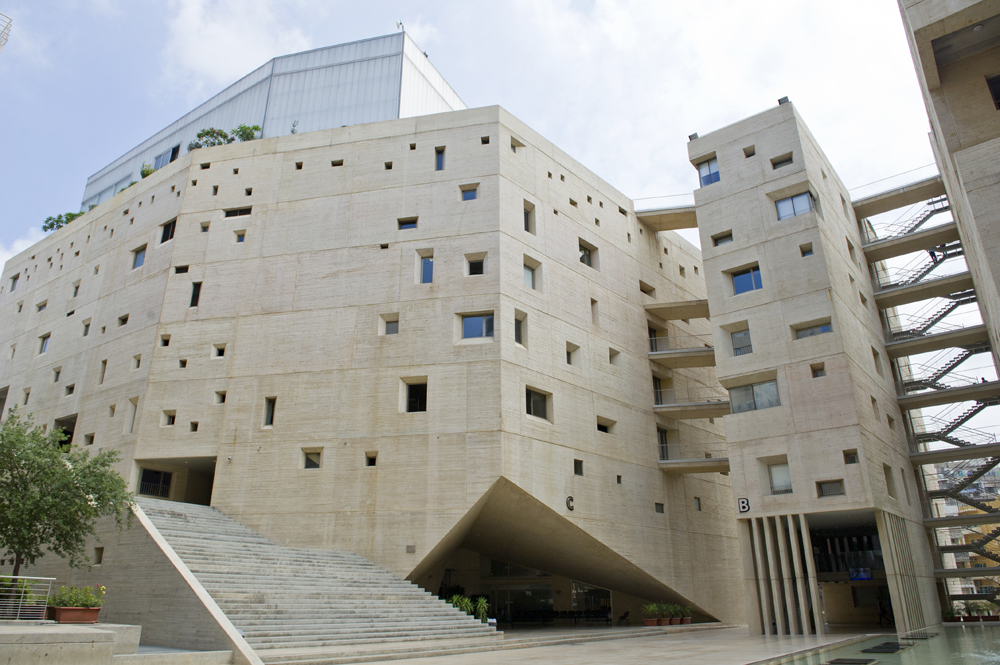 The Campus de L’Innovation et du Sport of the Saint Joseph University (USJ) seeks to create harmony among disparate historic and social components, and achieve integration of the students’ educational experience within the urban context. These lofty ambitions are more than buzz when one takes time to contemplate the building and its myriad Mousharabieh-aligned patterns. Architecture: 109 Architectes and Youssef Tohme. Completion: 2011. Area: 57,000 sqm. Usage: Education 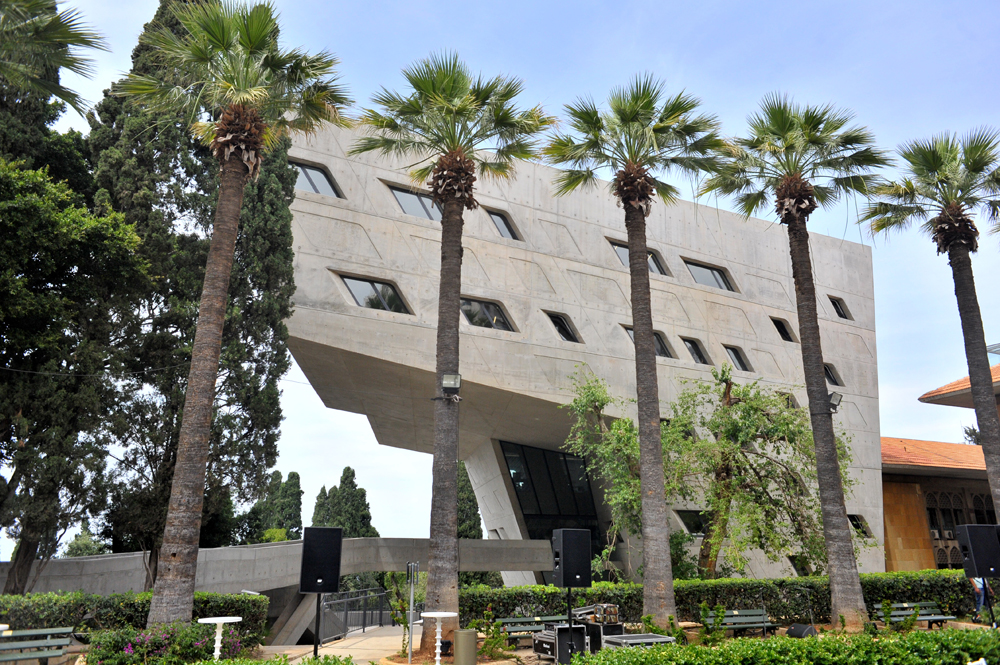 Correction: A previous version of this article mistakenly listed Peia Associati as the architects of the Holcom Head Office; it is Atelier des Architectes Associés (AAA) with lead design by Lombardini Italy. It also listed the office at 10,000 sqm instead of 33,000 sqm. Apologies.

The irrational hand of the market

Thank you for the post and the comments!.
JM Bonfils

As an AUB alumni, I can assure you that the vast majority of AUB students I’ve talked to find the Issam Fares building to be absolutely hideous.