The house of culture

The story of the Pink House 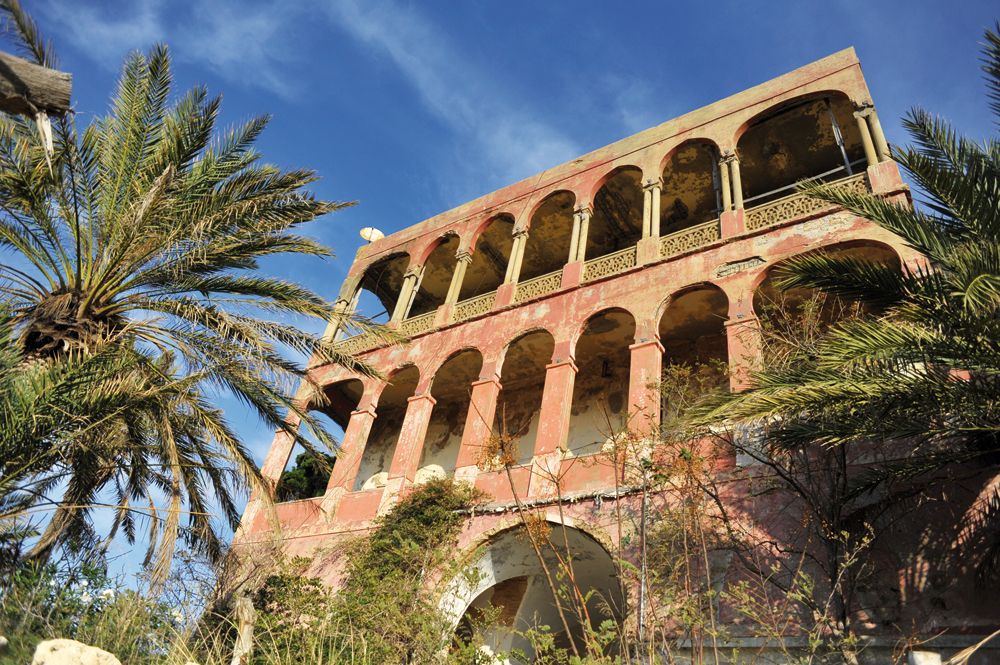 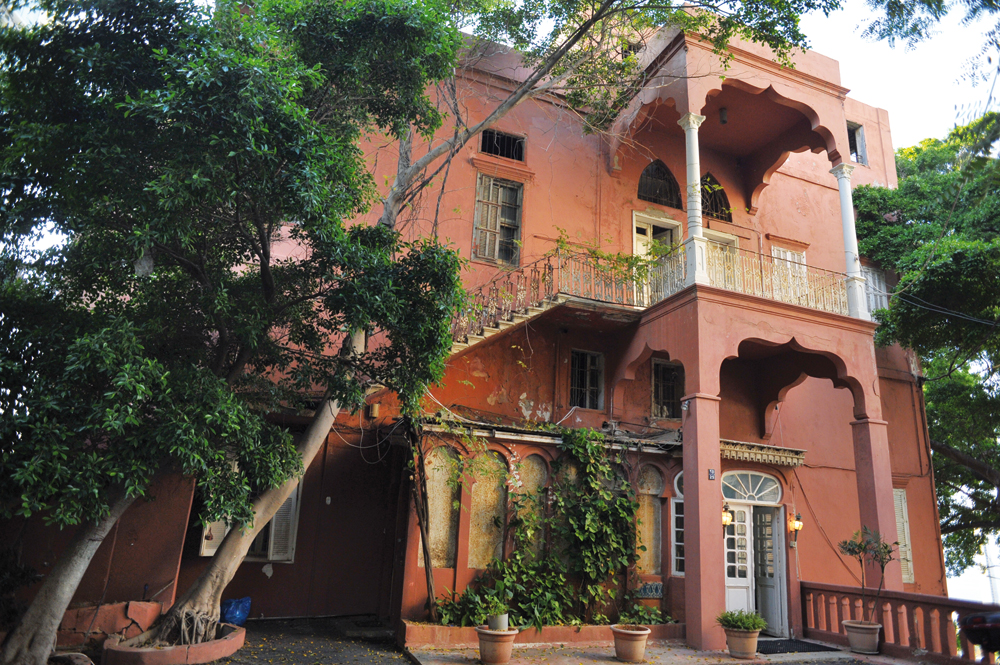 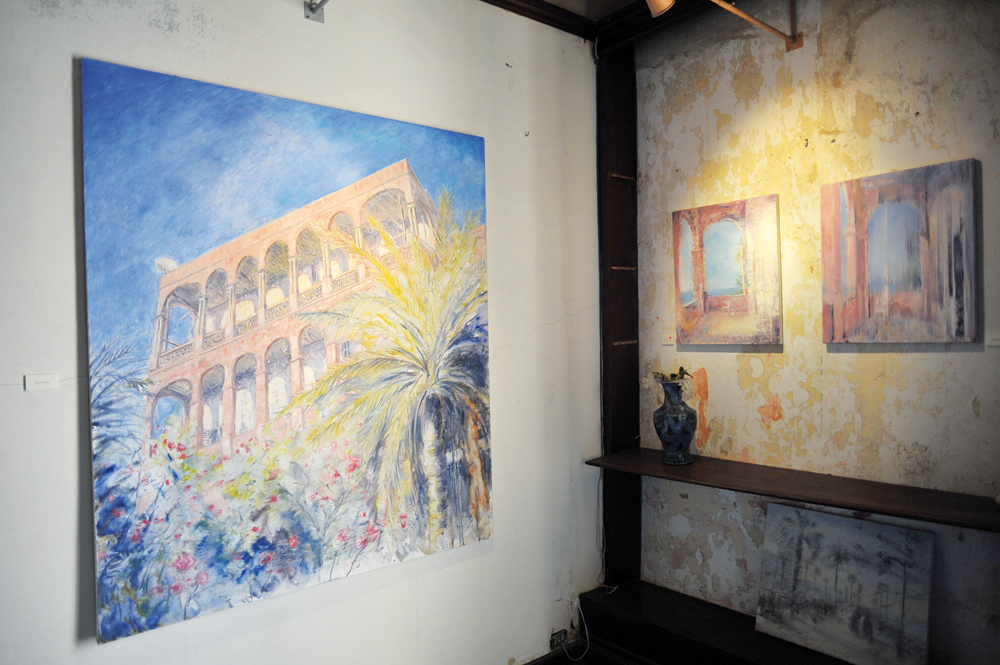 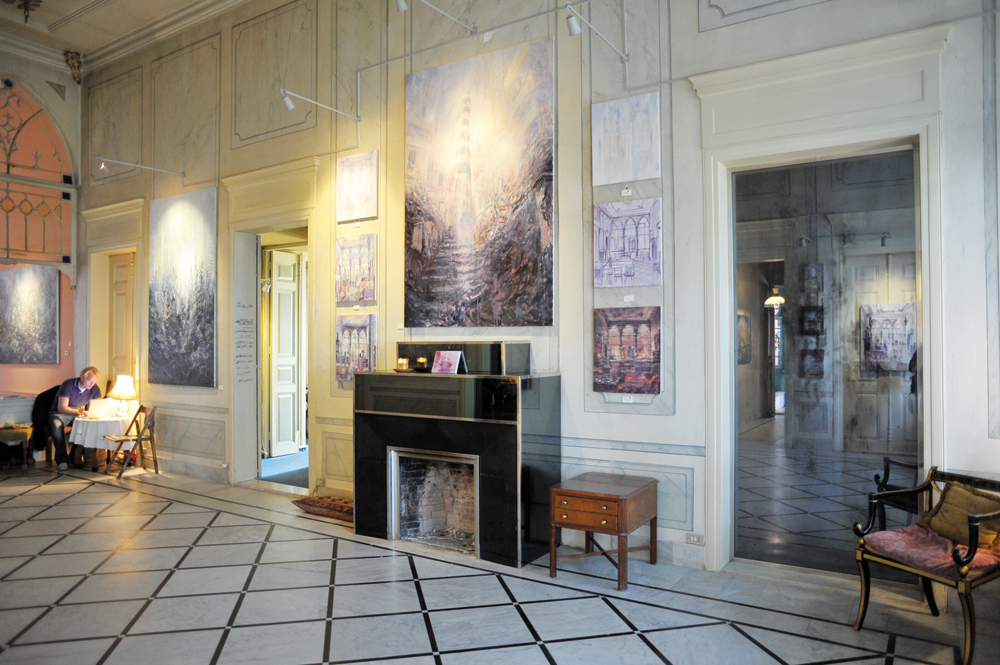 As in all historic cities across the globe, there are certain architectural structures in Beirut, such as the Egg in downtown or the old Manara in Ain El Mraisseh, that have become landmarks and a major part of the Lebanese collective memory. Even as the city progresses and develops, these buildings should be preserved, in one form or another, as part of our national heritage.

Exhibition in the Pink House

One such landmark, at least according to nearby residents, is the Pink House, situated on a green hill just off Bliss Street and overlooking the Riyadi Club in Manara. This house has long been fascinating for tourists and Lebanese alike who often pose for photos in front of it on their walks along the Corniche.

Recently, the Pink House has been the subject of documentaries and articles discussing its rich history. It was thrust into the media spotlight again in early November with an exhibition that British artist Tom Young organized in it, which ran until the end of December.

Young had done a similar project in 2013, in “Villa Paradiso” a heritage home in Mar Mikhael. The house was being renovated by the Feghali family, who had recently bought it and was wondering what to use it for, when Young met them and suggested it become a cultural space, beginning with his exhibition. Ever since, a number of artistic events have been held in the villa.

The Rose House Exhibition, as Young dubbed his show in the Pink House, was one of the few times in the last decade that this private residence was open to the general public. Hundreds flocked to see the house that had piqued their curiosity. During an interview with Executive in late November, Young estimated that more than 2,000 people visited the exhibition, with about 200 guests on the opening night alone.

The Pink House, or La Maison Rose as it’s known among the francophone community, is no stranger to cultural activities and events. The ground floor of the house was built by Mohamad el Ardati as his hunting lodge and he added the first and second floors in 1882. The house is actually a three story building, and each level is a separate apartment with no interior connection between them.

Young has researched the house’s history and had dedicated an entire room of his exhibition to this subject. He recounts that half the Ardati family lived in the Pink House until 1959, after which it was rented to notable figures including the American cultural attaché and his family, the Indian ambassador to Lebanon and his family, and the American artist John Ferren who lived in the house until 1964.

But it was Selim Khazen’s family who lived there the longest, starting in 1964, and hence had the greatest effect on its development. The Khazen family is one of Lebanon’s aristocratic families and Selim, its patriarch, was a lawyer credited with initiating the development of the Faraya Mzaar ski resort on the land he owned in the area.

[pullquote]Although Fayza kept the first floor of the house in relatively decent condition for her to live in, the ground and second floors were left to decay and the house began to show its age[/pullquote]

It was Sami, Selim’s son and a well known architect and artist in the 1960s, who came across the Pink House and fell in love with it, renting it from the Ardatis. He moved his parents onto the first floor, where the exhibition took place last month, and redesigned the ground floor as his living space and studio, doing such a good job with the design that it was featured in Architectural Digest according to Young. The Khazens lived in the house, which became known as a cultural and artistic hub, and the parties the Khazens held drew the crème de la crème of Lebanese society.

With the onset of the Civil War, the Khazens left the country, save for Margo, Selim’s wife, who stayed — leaving only for a year in 1982 when the Israelis invaded Beirut and the house was badly damaged — and kept the doors open for guests from all over the world, says Young.

After the Civil War, in 1994, Margo became paralyzed so Fayza, her only living offspring (Sami and Hoda, the two other children of Margo and Selim, had passed away) returned from Paris to be with her. Aside from taking care of her mother, Fayza continued promoting the family tradition of cultural activities through establishing her own publishing house, Terres du Liban, which released coffee table books on the Levant and life in Lebanon.

Although Fayza kept the first floor of the house in relatively decent condition for her to live in, the ground and second floors were left to decay and the house began to show its age.

Shortly before Margo passed away in 2011 at the age of 94, the last remaining son of the branch of the Ardati family who owned the house, Adel Ardati, passed away in Germany where he had lived almost all his life. With no one left to inherit the house, the family lawyer sold it to Hisham El Jaroudi, the current president of the Riyadi Club and a prominent architect with many projects across the city.

Fayza was asked to vacate the house by November 2014 in preparation for its new owners and it was during her last months there that she met the artist. Young says that he had been always fascinated by the house and curious about who lived in it. Recalling the day he met Fayza, Young says, “It was after the Villa Paradiso exhibition and I was looking for a similar project as I was sad at leaving that Villa, and missing it, after having invested so much of my heart in it but in the end it’s not mine; maybe I sort of wanted to replace it and I was a bit lost in my direction. Early in April 2014, I was walking down the Corniche with my wife Nour and we looked up and saw some [clothes] hanging on the balcony, so Nour suggested we try and find an entrance and we found the back door and knocked.”

So began a fateful encounter that led Fayza to invite Young to live in the Pink House and work on paintings depicting the final days of the house, with the idea of preserving its memories and showing its haunting loneliness as its final Khazen tenant prepared to move on. Young’s paintings are of the house itself and surrounding scenes, such as the Ferris wheel and the lighthouse, which are considered part of Manara’s heritage.

Upon learning that the house was bought by the president of the Riyadi Club, which is in close vicinity to the house, Young says he went down and talked to him, asking his permission to open the Pink House to the public for a two month exhibition after Fayza leaves, as well as creative and educational activities, from teaching children art to hosting AUB architecture students for discussions.

Through these two months and such events, Young says he was hoping to show Jaroudi that the house should be preserved as a cultural center. “This is what art can do and this is my concept: that art can reach the highest level of powerful individuals and entice conversation among them and work with them on saving and preserving these heritage places to make sure they stay for the whole city. It should be open for everybody as public spaces are being eradicated at an alarming rate in Beirut and in a divided society, we need cultural spaces where people of all kinds can mix.”

Jaroudi says he is intending to renovate and preserve the house. “The house, which is a significant part of our city’s history, is currently in a bad condition. I want to preserve it and restore it to its former glory as a Beirut landmark and part of its heritage. It is my duty towards my city,” says Jaroudi, adding that his initial plan, after the restoration, is to live in it with his family, but that he is also considering having a floor dedicated to cultural activities.

Meanwhile, Young is trying to prepare a team who could help Jaroudi create a cultural center, if he decides to do so. Young himself, who had sold most of the Rose House Exhibition paintings halfway through the exhibition (with prices ranging between $500 and $15,000), plans to take a break before attempting to embark on yet another project in a “key building which everyone knows and is in the city center.”

At a time when heritage homes are being destroyed at a breakneck speed to make room for the more lucrative high rises, it is heartening to know that the Pink House will be spared such a fate. Whether Young gets his wish for the house to be permanently open to the public remains to be seen, but it seems that the Lebanese will not lose their landmark view during their strolls by the sea.

Correction: A previous version of this article erroneously claimed that Young’s work sells for as much as $1,500. The correct figure, according to the artist, is $15,000. Apologies.

No rest for the weary

The pink house was actually built by Dr. Najib Ardati after whom the street was named after him. Please go through your research once again as I am sure of the above information.