Solidere shifts from rents to sales in search for profits

Investors in Lebanese flagship developer Solidere this summer should see an improvement in the upcoming annual results, compared with the dismal year of 2012 and its 89 percent drop in net profits. Even as low confidence in the Lebanese market continues to impact the company’s sales, a better annual performance has been unfolding in 2013, General Manager Mounir Douaidy tells Executive in an wide ranging interview rich in hints and innuendo. In strategic terms, he confirms that Solidere is reprioritizing land sales and otherwise waiting out the crisis with cost-cutting  measures that include postponement of development projects and employee layoffs.

The listed company has yet to release any numbers on the past year but Douaidy says that stabilized rental income and a near 20 percent reduction in company overheads will contribute positively to 2013 net income along with sales revenues from a number of land transactions.

“We don’t have the results yet but what I can say is that I anticipate that 2013 results will certainly be better than 2012 results in terms of profits,” Douaidy says, specifying that “when the figures come out we will see that there has been practically no change to rental income.”

Solidere’s rental income in 2012 was $58 million, up by almost 17 percent from 2011 and higher than 2012 revenues from land sales, which at $50 million which were down 79 percent from the previous year’s $242 million, according to the company’s Annual Report.

As to general costs, Douaidy says, “Results will show that overheads have dropped again in year 2013 by up to 20 percent. This applies to overheads as well as to other operating expenses that are related to rental income.” The company’s general and administrative expenses in the 2012 Annual Report came in at close to $38 million, two percent lower than in 2011.

In 2012 the impact of the 79 percent drop in land sales revenues could only, in a very small way, be compensated by the higher rental income because the company’s gross profit margins on land sales — 85.6 percent in 2012 — are always much higher than the margins on rental income.

Additionally, Solidere’s 2012 profits were subdued by the allocation of $18 million to provisions, leaving merely $17.5 million as bottom line net. 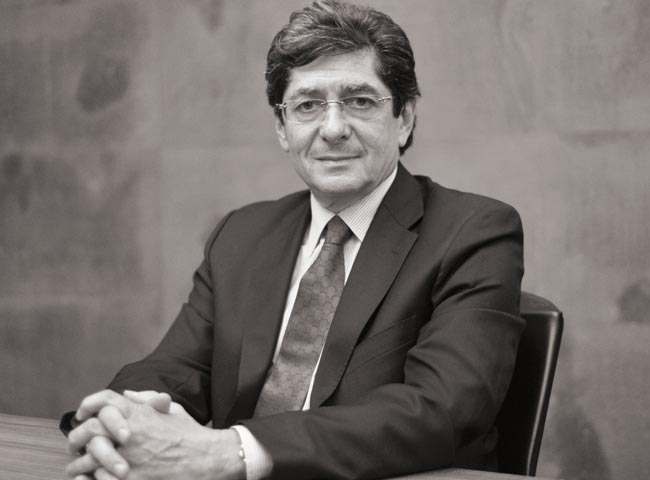 Although Douaidy anticipates continual improvement in rental income from, among other things, a new cinema and entertainment complex inaugurated in 2013, the company is refocusing back onto land sales and away from a course set several years ago when it decided to diversify its revenue mix by directing funds and energies into development of Solidere-owned rental properties.

As Douaidy reveals to Executive, this strategy is not pursued anymore. “Had things continued to boom as they did in the past, I think we would have continued with the same strategy, but today we cannot but stop thinking about rental income, at least for the time being, and instead focus on selling land to generate bigger revenues,” he says.

However, the manager concedes that the chase for investors willing to pour funds into a Solidere plot in the current domestic and regional climate is difficult to the point that the company saw “no significant property transactions as such” in 2013 and the first quarter of 2014.

Despite this admission Douaidy enthuses, “Nevertheless we have been able to record a number of land sale transactions in 2012 and also in 2013 and are continuing our efforts to sign hopefully one or two more deals during the current year.”

Asked if the reduction in overheads was partly due to layoffs, Douaidy vaguely concedes that a certain share of the cutting of overheads “will be attributable to staff reductions.” He does not give numbers on how many employees have been affected but calls layoffs “inevitable” for Lebanese companies in the current economy.

According to him staff reductions were linked to the management’s decision to defer Solidere-owned developments with already completed designs.  Three such projects, including a department store and a boutique hotel, have been in the pipeline for a while and were supposed to kick off during 2014, but, Douaidy says, “circumstances have made us reconsider our decision to start construction until we have a better vision of what is going on. We are going to hold on for construction and it is unlikely that we will start any of them this year.”

Strategic shifts of the company also appear to involve the 2010-established hospitality unit; part of the company’s diversification program, highly touted at inception but reported net losses that widened to $16.3 million in 2012.

According to Douaidy, Solidere is leasing a newly delivered property affiliated with the entertainment complex out to restaurants but its fully-owned hospitality subsidiary BHC Holdings will not operate any of the outlets in the building that abuts the north side of the new cinema and entertainment annex.

The company’s top subsidiary, Solidere International (SI), is on the other hand emitting new signs of activity. The launch of an SI residential project, Golden Tower, has been scheduled for April 28, according to Randa Armanazi, Solidere’s communications and public relations director. It is one of five active projects that SI is pursuing in Saudi.

Established in 2007, SI was negatively affected in its infancy by the burst of the Gulf property bubble. Its first mega project, the Al Zorah joint venture with the emirate of Ajman, was put on hold for about four years and the joint venture company has not put out any recent news on the project after announcing its re-launch in December 2011.

Douaidy says that the Ajman project is “back on track,” adding that it and the Saudi projects will, at a future stage, feed increasing contributions into the profits of the Lebanese parent company. However, he admits that Solidere International has dissolved a project partnership in Egypt and also stopped prospecting for opportunities around the Mediterranean and in Eastern Europe.

Arguing the slump in demand for downtown Beirut was caused by regional uncertainty and the political environment, not correlated to cyclicality of the real estate business, Douaidy is set on maintaining Solidere’s position. “We have to limit our activities of Solidere Lebanon to what is necessary, waiting until the situation gets better while trying to preserve all cash resources and all other resources, but the fundamentals of the company are very strong,” he says, reiterating that the company’s land bank and property assets “together represent about $8.5 to 9 billion,” and  in comparison to the company’s assets, the low stock price of Solidere “is linked very much to the political situation,” implying stock is poised to move up immediately after any political improvement.

Between the exhausting search for new land buyers and the wait for political improvements that could reinvigorate Solidere’s core business, it is a sparkle of welcome news that the bright new entertainment complex in the Beirut Souqs has started to attract visitors and now complements the downtown’s attractiveness for staging cultural events.

The demand from event companies and various organizations for holding music festivals, art exhibitions and cultural events in the Beirut Central District is up at least by 25 percent this year when compared with 2013, according to Aramanzi. This is particularly laudable, given that Solidere’s mission was originally conceived as one of restoring the urban soul of Beirut and not just one of marketing land plots with an eye to optimal shareholder benefit.

An added benefit is that the downtown culture flood does not create any cost to shareholders, Aramanzi says, “None of the cultural activities that we do costs the company any money and to the contrary, they generate a lot of revenue for the company.”

Are Syria’s Kurds headed toward autonomy?