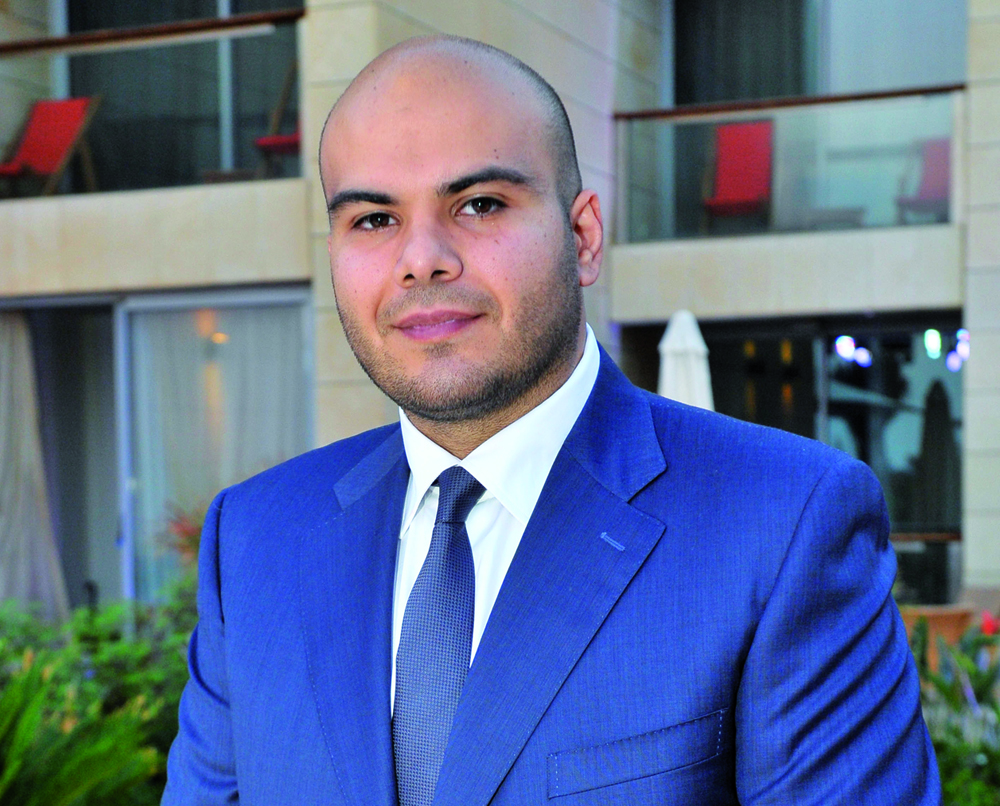 Their corporate narrative is what Wikipedia might call “a stub”, or an article in need of expansion. But when Middle East and Africa Bank (MEAB) implement an interactive timeline in the history section of its online identity, the months of June and July 2015 will carry pivotal content.

Within the space of 10 days starting June 15, the mid-sized bank, which holds $1.5 billion in deposits and ranks 15th in the Lebanese banking sector in that category (2014 figures), welcomed a young new chairman who is also the bank’s new majority shareholder and a seasoned Lebanese banker with 30 years of experience as a general manager.  The new leadership duo, Chairman Ali Hejeij and GM Nabih Haddad, lost no time embarking on a review of the bank’s business plan and strategy that was in full swing by end of June. While doing so, MEAB management lit the boosters on a new image building effort and proactive communications approach with a July 15 dinner for Lebanese media bigwigs. In between, the bank’s new leaders even found time to open a new retail branch, MEAB’s 21st, on Beirut’s Corniche Mazra.

The intense frenzy of the period was to a very significant (but not fully quantifiable) degree involuntary. It had been triggered in early June by a measure originating in the United States’ treasury’s Office of Foreign Assets Control, or OFAC, under which Lebanese citizen Kassem Hejeij – Ali Hejeij’s father and then chairman of MEAB – was put on a list of persons alleged to be involved in financing of terrorism. In Kassem’s case, the accusation was consorting with Hezbollah.

MEAB and other companies under Hejeij family ownership were excluded from American action and thus it was prudent to protect the economic assets from being sanctioned by association. Advised by legal experts and central bankers, Kassem Hejeij immediately decided to step down and fully divest his shares in the bank he had founded in the early 1990s.

Ergo, the transfer of ownership to Ali Hejeij who, according to an MEAB statement, was already a board member and shareholder with a non-specified stake in the bank. With the rapid transaction in an ownership sphere valued above $100 million, his majority expanded to “about 85 percent”, Hejeij told Executive.

Including himself, MEAB has five board members, Hejeij said, and none of the other board members owns more than five percent in the bank. Not yet 35 years of age, the new chairman had been working in the management of construction companies in Gabon and Equatorial Guinea for most of the past ten years, after he had acquired a degree in banking and finance from a university in Lebanon. The construction companies are affiliated with the Hejeij family, which built a fortune in Africa from the 1970s onward.

Growth of MEAB in recent years had been quiet but brisk. “Growth from 2012 to 2013 and from 2013 to 2014 was about six percent [year on year] in terms of both assets and deposits and our net profit of 2013 was approximately $18 million,” Hejeij said in the interview with Executive. According to figures cited by him, the bank’s increase in deposits between 2013 and 2014 amounted to about $100 million. His declared growth target for the bank is to surpass $2 billion in deposits, from the current $1.6 billion implied by the cited growth in 2014.

According to the Liban Banque’s yearbooks for 2010 and 2014, MEAB climbed from a 0.4 percent market share in banking sector deposits in 2009 to 1.1 percent in 2013, which was reflected in an 11-spot gain in its sector position in that category over the four-year period. Another growth marker was branch expansion where MEAB almost doubled its network between 2010 and July 2015, consisting of the additions of seven domestic branches and two branches in the Iraqi cities of Baghdad and Basra.

The bank’s growth in recent years is being analyzed under the business assessment and plan that Hejeij and MEAB management are currently carrying out, Haddad explained. “The bank grew very fast in a very short period of time. To assure this growth we should go back to the roots and make sure that everything else will follow,” he said.

The process will include strategic decisions on how to further develop the electronic banking services at MEAB, training of the young workforce in the branch network, and investments in corporate governance structures, Haddad added.

For Hejeij, fast aggressive moves and efforts to disrupt the complacent Lebanese banking sector are not on the MEAB agenda in the near future. “My first priority is to concentrate on my institution, which needs time for the new team and to make my recommendations. We are walking forward now, but slowly. Five to six months later, we can move faster. My next target, after finishing the interior [process] is to reach the alpha group [size of banks with over $2 billion in deposits],” he said.

Not much more can be said about the bank’s plans and strategy at this point. Haddad declined to comment as yet on MEAB’s views and intentions in corporate banking and services for businesses. Africa is not currently a specific focus or expansion target for the bank according to Hejeij.

As MEAB is generally seeking to grow its exposure outside of Lebanon, management, according to Haddad, is looking at the situation in Iraq and assessing the bank’s exposure there from angles such as human resources and security. “If we decide to continue in Iraq, we will expand,” Hejeij said.

In the first weeks after the change at the top, which saw Ali Hejeij becoming both the youngest current chairman of any bank in Lebanon and the youngest person to ascend to the role in decades, his message in interviews and media statements followed the same line. He repeatedly emphasised  MEAB’s compliance with Lebanese and international financial rules and the bank’s firm alignment with standards on anti-money laundering and combating of financing of terrorism. In measures which sought  to make international markets more comfortable with MEAB, Hejeij says he wants to achieve diversification in the bank’s ownership by bringing in either institutions or individual investors with high reputation. But this, he says, “is in the long term and [should] not be expected to happen within the next few years.”