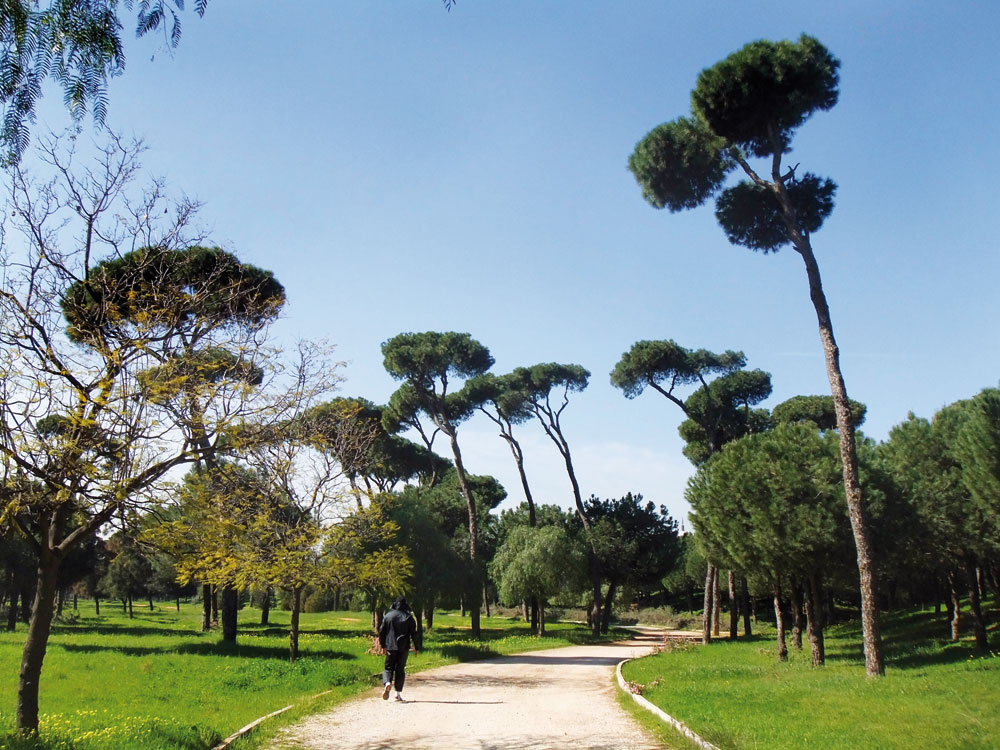 Sioufi Garden has a lot of potential

The obvious answer would be a public park, but do we have any in Beirut or does one have to leave the city to enjoy a few hours of greenery? Executive took up the challenge to help this family find functional parks in Beirut, but were disappointed. René Moawad Garden, otherwise known as Sanayeh Garden, is under renovation — a positive step for the near future but not for our current mission — and the largest area of greenery in Beirut, Horsh Beirut, is not accessible to children according to the security guard at the entrance, who denied us entry even after we promised him we would stay close so he could keep an eye out for any wrongdoings on our part.

Other parks in the city were in a sad state: no running toilets in some, dangerous conditions such as swings flying over traffic congested roads in others, and downright absurd rules in some such as a ban on photography inside the park.

Most city dwellers cry out for public green spaces and greenery, and Lebanese are becoming increasingly aware of the lack of them. Mohamad Ayoub, founder of Nahnoo, a youth advocacy NGO, says a survey they did in 2009 showed that the top need cited by Beirut residents was for public spaces to interact in.

Beirut Green Project (BGP), a collective dedicated to raising awareness and developing public green spaces in the city, launched their work in 2011 with a fresh initiative; they wanted to focus people’s attention on public gardens by covering Sassine Square in Ashrafieh with green grass and inviting passerbys to “enjoy their green space.”

“When more than 400 people attended this event and commended our initiative, we knew we had hit a nerve,” says Dima Boulad, co-founder of BGP. Beirut has 0.8 meters of green space per person when the minimum number should be 9 meters per person, according to the World Health Organisation.

Not to be thwarted, we dug deeper and found that all hope is not lost for public green spaces in Beirut. According to research by BGP, there are around 24 public gardens in Beirut. “People are largely unaware of how many gardens and parks we have in Beirut; they mainly know Sanayeh, Jesuit or Sioufi, but are shocked when we tell them how many there are,” says Boulad, adding that the number would have been higher had they relied on what the Beirut Municipality considered parks — BGP only included public spaces with benches and greenery, size aside.

Beautiful Beirut
As part of their effort to introduce people to such parks and encourage them to make spending time there part of their daily lives, BGP organizes “Green Your Lunch Break” monthly picnics, each time in a different park of the city. “It was very satisfying to see people’s reactions upon discovering parks they didn’t know existed in Beirut,” says Boulad.

BGP, in collaboration with the design agency Wonder Eight, also developed the Beirut Green Guide, an online interactive map that highlights the city’s parks and provides the user with the exact location, a brief description and photographs of each. “We are currently working on the best format and design to print it as a useful reference and the Beirut municipality has expressed interest in adopting it,” says Boulad, adding that before the public can ask for new parks to be built, the existing ones need to be promoted, used and renovated where needed. 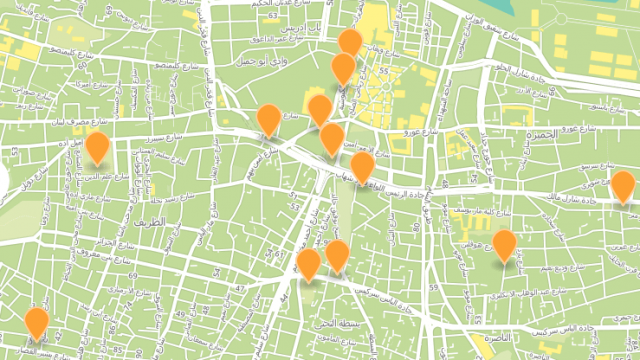 The Beirut Municipality has felt an urgency to revive Beirut’s greenery and so, last year, they launched the ‘Beirut is Amazing’ campaign, which according to Nadim Abu Rizk, vice president of the municipality, is “an open invitation for all independent organizations, private companies  and educational institutions interested in public green spaces to work with the municipality and adopt a garden or park.”

The Beirut is Amazing campaign has three parts, the biggest being the complete rehabilitation of the major public gardens in Beirut. The second part is the minor repair and upkeep of the city’s smaller parks and includes fixing broken toilets, mending benches or adding a water system to a fountain where needed.

The final part is the adoption of roadside islands and roundabouts by private companies who would beautify and plant them — under the supervision of the municipality — and commit to maintaining them for a certain period in return for a plaque applauding their efforts. This part is in implementation, as is evident by the few green roundabouts with company logos spotted around the city. “Having a private organization adopt such spaces relieves the municipality from these maintenance tasks. This is one of our biggest challenges, considering that we are understaffed in this aspect,” admits Abu Rizk.

The restoration of the major Beirut parks was received with enthusiasm from design and architecture companies eager to leave their personal touch on their city by donating design plans of their vision for these parks, according to Abu Rizk.

The renovation plans for Sioufi Garden were developed and donated by Van Deusen & Levitt Associates, a full-service brand strategy and design firm, which plans to re-vegetate it with native Lebanese trees. For Mar Nicolas Garden in Ashrafieh, designed by Frederic Francis, the plan involves tearing down the fence surrounding the garden and cobble stoning the street between the garden and the church opposite it to create the feel of a plaza square. As for the long forgotten Karentina Garden, it’s being designed by Green Studios. Abu Rizk, himself an architect, offered the design for the Mutran Audi garden in Lebanon Street, in the Monot area.

However beautiful these urban design visions are, they remain ink on paper until implemented. “We favor these donations because, by Lebanese law, the municipality is allowed to take donations with no outside procedures. If the municipality has to hire a consultant from its funds, then we have to follow the public law and develop a rule book and criteria before opening the task up for auctioning which, aside from being a long process, also forces us to take the lowest cost option regardless of the quality offered,” says Abu Rizk, admitting that this bureaucracy and centralization of decision taking is a major challenge faced by the municipality.

Public-Private parks
Saint Joseph University has announced it will be sponsoring the implementation of the Saint Nicholas Garden plans and is currently in the process of identifying a contractor. Meanwhile, Azadea Foundation, Azadea’s corporate social responsibility arm, founded in July 2012, is in the final stages of renovating the René Moawad Garden and will be re-opening with the municipality by mid-May 2014, as the first public-private partnership park.

Marwan Moukarzel, Deputy CEO of Azadea, explains that the foundation chose the urban environment as their particular cause because they felt that it had been rapidly deteriorating over the past few years and feared that Beirut would soon be a concrete jungle without any organization fighting for it. “It is part of our corporate strategy and our customers will look at us differently when they know we are aiding a cause close to their heart,” says Moukarzel.

After deciding their project had to benefit the public, explains Moukarzel, Azadea Foundation approached the General Director of the Ministry of Environment, Berj Hadjinian, who welcomed the initiative and suggested the renovation of Sanayeh Garden. “It was perfect for us due to it being a perfectly positioned Beirut landmark and also because green public spaces are badly needed in the city,”  explains Moukarzel.
Hadjinian then introduced them to the Head of the Municipality of Beirut, Bilal Hamad, who, happy with Azadea’s timing in the matter, went on to provide them with the design maps that were donated by ZMK Landscape Architects.

The estimated budget for the 22,000 square meter garden was $2.5 million and Azadea placed the cornerstone in November 2012.  Azadea will also be funding the park’s maintenance — which includes security, upkeep and garbage collection — for the next ten years, a move which will cost them $250,000 annually, bringing the project’s total cost up to $5 million. “That way we know that we will continue to be proud of the work we have done and it will be maintained at the same level of quality for the next ten years,” says Moukarzel.

The René Moawad Garden will remain free and open to the public, and frequenters of that park will be happy to know the big fountain has been renovated and is functional. While the design has remained true to the original garden, a track for biking and running has been added, along with children’s play areas, an amphitheater where free events will be held, an exhibition space and more greenery. “We want to encourage people to visit the park through events and facilities that will increase footfall,” says Moukarzel.

For the public
Other municipality plans include increasing the city’s green spaces, a process which necessitated the acquiring of new land. The Mutran Audi Garden and the Beirut Municipal Stadium — where the field will be removed to develop a civic public space with several smaller fields, green gardens, a library and a conference center — are two such examples.

These two spaces, as well as the Jesuit Garden and the Mufti Hassan Khaled Garden in Verdun, will have parking lots underneath them.  Though some see this as a solution to the city’s parking problem, others have been critical, claiming it will create more traffic problems and deprive the public of their green spaces while the project is under development. Residents surrounding the Jesuit Garden organized a sit-in in the park when the project was first announced and managed to get it postponed pending an environmental impact study.

Abu Rizk says the municipality carried out an environmental impact study before each project and that plans for the Jesuit Garden will go ahead on sections of the garden where the parking lot is planned, while other sections which have ancient trees will be left as is. He insists that all the municipality is doing serves the community, and does not harm it.

For the moment, the plan to increase green spaces in the center of the city is stalled with the Beirut Waterfront Park and the Garden of Forgiveness projected for Downtown Beirut on hold. “This is municipality land but Solidere has the vision and management for it. We are waiting for the land to be ready because it was a fill before,” says Abu Rizk.

“When it comes to public green spaces in Lebanon, progress is slow and sometimes planned initiatives don’t even happen so it’s not an ideal situation, but let’s try to remain positive and give credit where it’s due,” says Boulad.