Clemenceau Medical Center is among Lebanon's most famous

Not every hospital has a valet service, a five-star hotel feel and state-of-the-art technology. To continue attracting local and regional patients through its lobby — with a large piano in the center — and into the care of its physicians, Beirut-based Clemenceau Medical Center (CMC) has been upgrading its services despite the challenging economic environment.

From robotic surgeries to its new and upcoming cancer center, the hospital has more than just its patients to take care of. Launched in July 2012, the da Vinci surgical system — with a hefty price tag of $2 million — allows surgeons to conduct operations with minimal invasion, the only hospital in Lebanon and the region with this technology. To date, it has been used to treat around 100 patients with a variety of conditions. While use of the robot adds up to 20 percent to the patient’s operation bill, CMC is seeking to convince local insurers to bear the additional cost. “In the long term, insurance companies can reduce their bill as instead of spending five to six nights in the hospital, the patient can spend just two nights,” says Mounes Kalaawi, the hospital’s chief executive officer.

CMC is also developing a new cancer center close to its current location, due for launch at the end of next year, for which an additional 100 employees will be hired. “There is need for a high standard cancer center and we will provide the complete treatment under one umbrella,” says Kalaawi who also adds that a stem cell transplant unit, catering for blood cancers amongst other blood conditions, is also in the pipeline. The new project will also expand the hospital’s capacity to perform laparoscopic surgery (minimal invasive surgery of the abdomen), robotic, neurological and spinal surgeries.

Costing around $55 million, the new building will house 50 additional beds, bringing the hospital’s total capacity to 156 beds, as well as five additional operation rooms, a day surgery unit, two radiotherapy units and a floor dedicated to chemotherapy. Technology is a word that Kalaawi stresses, as the new expansion will feature operating rooms that are equipped with advanced technology enabling more state-of-the-art surgeries. CMC is also developing an outpatient annex that will accommodate around 40 new specialist clinics and services. At a cost of $20 million, it is due for completion by 2016.

Affiliated to the renowned US hospital John Hopkins Medicine International, Kalaawi says that CMC is being advised by the medical institution on its expansion plans in order to “fulfill the highest international criteria.” The only hospital in the region to feature in the world’s top ten best hospitals for medical tourism in the Medical Travel Quality Alliance, the upcoming cancer center should come as a welcome expansion for the hospital’s regional patients. According to Kalaawi, “it is a myth that regional patients only come to Lebanon for plastic surgery,” since the most demanded treatments are cancer-related and laparoscopic surgeries.

As for the development of the healthcare sector in Lebanon, Kalaawi is optimistic. Stressing on the quality of the country’s manpower, he strongly believes that the high standard of physicians and nurses will allow the sector to stand out and become a hub for the region. 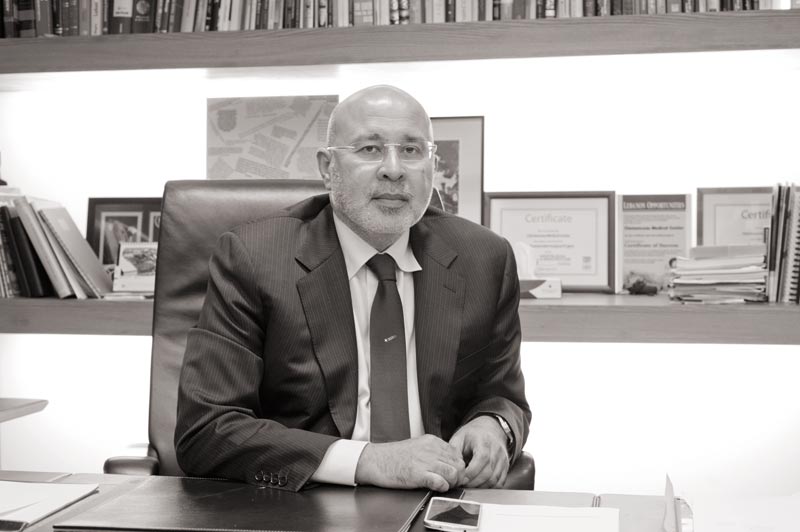 Mounes Kalaawi is the CEO of Clemenceau Medical Center

The number of patients flying in to seek medical care at CMC has dropped in the last year. From having international patients account for 20 percent of its patient population, Kalaawi says that figure has “reduced dramatically,” without stating where the number stands now. To compensate for this drop, the hospital has focused more on attracting local patients and turned its attention to new markets — mainly Iraq — with the inflow of Iraqi patients partially compensating for the decline from the Gulf.

But it is not stopping here. CMC is looking to expand more directly in other countries in the Middle East. The first regional project on its agenda is in Riyadh, Saudi Arabia, where it is planning on launching a 200-bed medical center in the next two years. CMC has partnered with Saudi investors for the $150 million project. The hospital is also working on two other ventures in the region due for completion in two years: a full fledged general hospital in Amman, Jordan and a smaller hospital in Dubai focused on diagnostic, laboratory and consultation services. The costs of these projects have not yet been determined.

Correction: A previous version of this article misidentified Mounes Kalaawi as the president of CMC. He is the CEO. Our apologies.