The economies of cultural wealth

Art and culture as a means to economic prosperity

The cultural concept of the museum is ancient. It is named after the muses, daughters of personified memory as mother and the allfather deity, Zeus. From those distant days when the arch-poet Homer opened his narration of Odysseus’ heroism and victory with a plea to “the muse” to tell him of the “andra polytropon”, or man of many skills, people have dedicated museums as places for history, the arts, crafts and sciences in private, academic and public ownership, with or without entry fees, but generally with considerable investments.

Museums are expensive. When the National Museum of China re-opened its doors in 2011, state media reported that the renovation of the 200,000 square meter space – “said to be the world’s largest national museum” according to china.org.cn – cost $379 million. The Louvre, with 9.3 million visitors in 2014, the top benchmark of all museum statistics, said in its most recent annual report that its budgetary resources for 2014 were 204 million euros, of which 50 percent originated from state subsidies.

But does that mean that museums are cost centers for a society? Actually, that debate is going the other way. In recent years, the presentation of museums has included a growing emphasis on their economic contributions, for example a 2013 special report by The Economist, “Temples of Delight,” highlighted growth statistics on museum visits and the economic value of culture. Evaluation of the real economic contributions of museums adds a new and productive element to most democratic countries’ recurrent debates over public spending on culture and purported wastes of tax money on allegedly unproductive investments in museums, opera houses and subsidized cultural spaces in general.

Pro-museum numbers aplenty are now adorning the debate with the American Alliance of Museums claiming for example that “Governments that support the arts find that for every $1 invested in museums and other cultural organizations, $7 is returned in tax revenues.” Graphs from numbers portal statista.com show a constant customer demand for art museums in the United States, displaying annual visitor counts of over 30 million for 14 out of 15 12-month periods prior to any quarter since spring 2008. The numbers are stable and solid, with 32.3 million people visiting art museums in the US between beginning of summer 2014 and end of spring 2015.

As for the Louvre, the museum’s annual report stated that it has over 2,000 permanent employees, of which about 60 percent are hall supervisors. In implying the size of its contributions to the French tourism sector, the Louvre reported that 71 percent of its visitors were foreigners – including almost a million US citizens and 474,000 Chinese. Both groups are unlikely to be minimum-spending day trippers, even though, also interestingly, half of the museum’s visitors were below 30 years of age. More analytically, an academic paper published in 2009 by a professor of economics at the Sorbonne calculated the Louvre’s annual economic impact on France as ranging between 721 million and 1.16 billion euros in direct and indirect contributions. 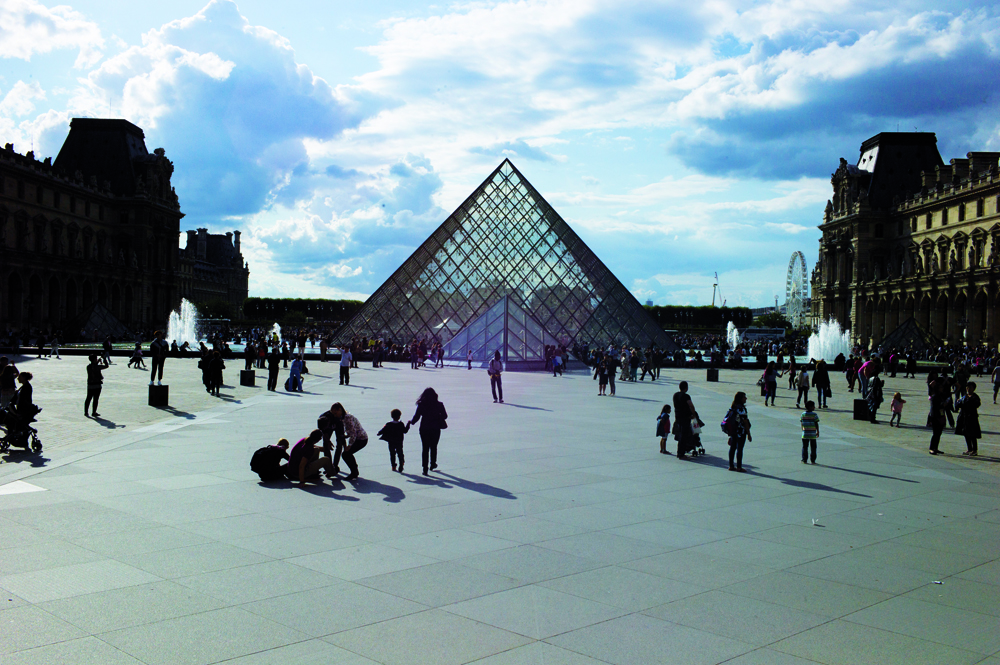 The Louvre, Paris, has an annual operating budget of over 200 million euros.

Those are impressive numbers. But truth be told there are reports showing that the cost-benefit numbers of the economy of culture are not nearly fully measured anywhere and for once it seems that Lebanon’s notorious absence of meaningful sector data – like on real estate demand for example – is no embarrassment in light of the information paucity on the cultural economy in developed countries.

Measurability of the economy of culture in the European Union is still in its infancy, conceded weighty studies in 2006 and again in 2012. “In relation to direct impact, existing statistical tools are not appropriate and available statistics are scarce. Statistical tools do not enable the cultural & creative sector to be captured properly,” found an oft-cited 2006 study on the cultural economy of Europe. And a 2012 report by the European Statistical System chimes, “The importance of culture within the scope of economic and social development is today unanimously recognized by the European Union. This increased perception of the major role to be played by culture in the achievement of the objectives of key European strategies such as Europe 2020 makes the absence of comparable data at the European level more striking to European institutions and the member states.”

The contributions to national wealth by the economy of culture are understood today to entail value creation through jobs and various other measurables but are also massively important indirect values-added. With human capital and social capital racing to the forefront of economic productivity resources, the presence of cultural assets in an economic hub city is a high-impact factor in attracting human capital. In this context it is interesting to note that Luxembourg, top of the developed world in per capita GDP, in 2014 had the highest ratio of cultural employment in the EU according to Eurostat, at 5.1 percent of all employed persons. Other high scorers, all above 3.7 percent of cultural employment, are the four Nordic countries, Switzerland and the Netherlands. When one of the world’s richest, services-driven and natural resource poor economies affords itself more cultural employment than any industrial neighbor, it bears asking if this correlation is a mere coincidence and if not, if the causality is one-sided or rather mutual, meaning that individual wealth creation and cultural employment support one another.

The National Museum of China, Beijing, cost $379 million to renovate

But there can be no doubt that museums are not just interesting for citizens of countries where per capita GDP is in the top 10 or 20 in the world. As China reopened its refurbished national museum almost four years ago, the state media advised, “As the museum is designed to receive just 30,000 attendants per day, visitors need to make reservations through hotlines, mobile phone services or the museum’s website.” The warning was appropriate. By 2013, the National Museum of China reported 7.5 million annual visitors, second only to the Louvre in the attendance rankings of museums worldwide.

A city and its art