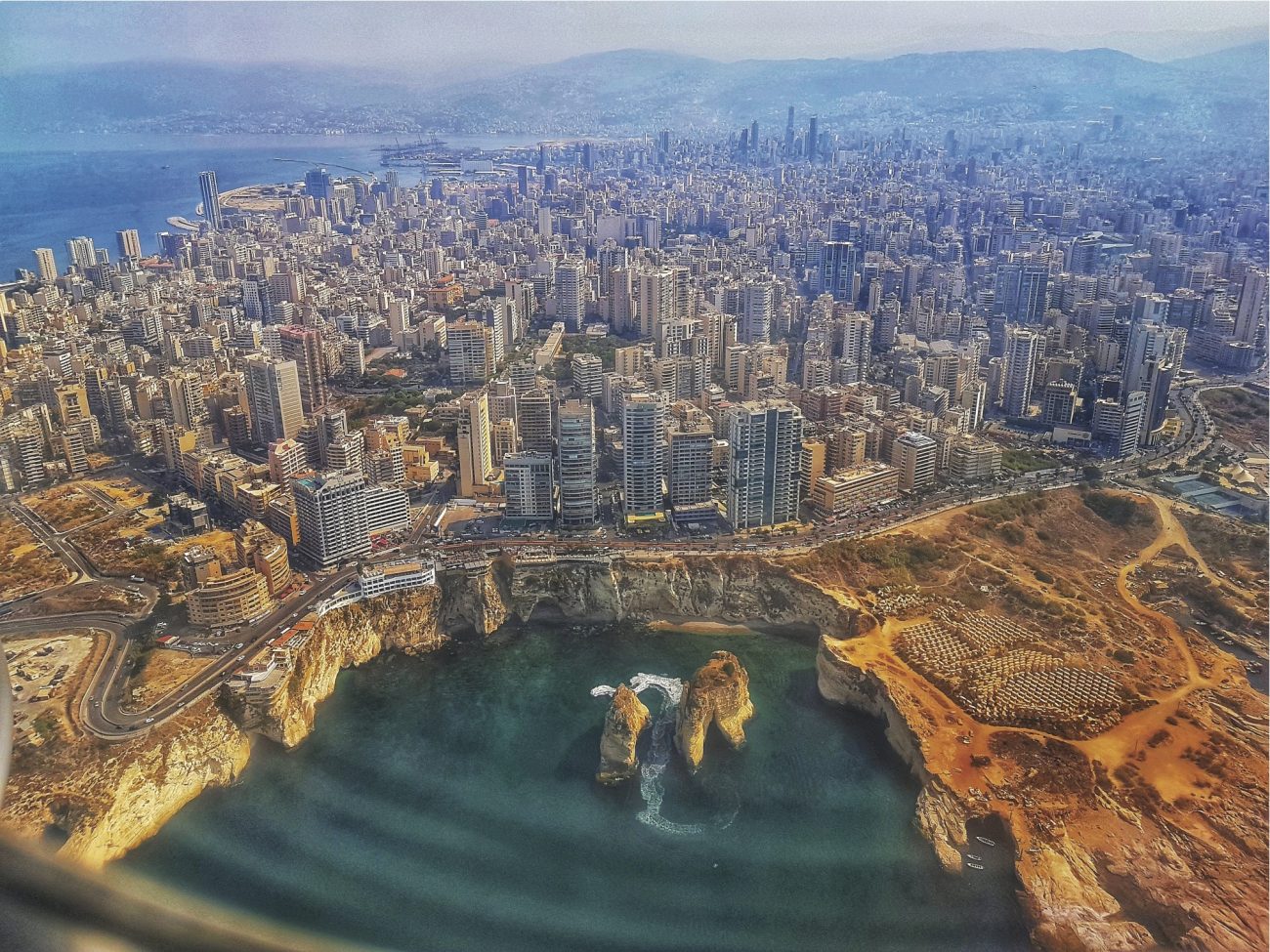 In its 2018 “Lebanon Overview” report, the World Bank stated that “GDP growth in Lebanon in 2017 is estimated to have undergone a slight acceleration to reach an estimated 2 percent, compared to 1.7 percent in 2016. This has been mainly driven by the services and tourism sectors.”

This year, GDP growth slowed again, down to 1 percent, and while tourist arrivals rose by 3.3 percent year-on-year in the first half of 2018, this was a marked deceleration compared to the 14.2 percent growth in the first half of 2017. Lebanon, it seems, still has a long way to go to recover the numbers it saw at its tourism peak in 2010.

In light of the importance of the tourism sector, and the challenges it faces, it is about time Lebanon seriously considers developing a tourism vision and strategy.

Developing a tourism plan is the first step toward sustainable and successful tourism. This plan should outline, for Lebanon as a whole and for each region, a clear mission, vision, and positioning, as well as a set of target markets. It should also define roles for all stakeholders, including the private sector, industry associations, and public agencies.

In creating such a plan, one could take Dubai as an example. The emirate’s tourism mission, set in 2013, was to “position Dubai as the ‘first choice’ for the international leisure and business traveler.” This was backed by a solid and quantitative objective: “Our Tourism Vision 2020 is a strategic roadmap with the key objective of attracting 20 million visitors per year by 2020, doubling the number we welcomed in 2012.”

In order to accomplish this goal, Dubai is harnessing the collective power of public and private stakeholders and focusing on different key objectives. Thus, Dubai’s Department of Tourism and Commerce Marketing established a stakeholder engagement committee that meets on a quarterly basis to discuss the status of the sector and its opportunities for growth.

Lebanon’s plan should focus on promoting and developing the country’s competitive advantages and its core tourism offerings by improving the existing offerings and developing new products that are adapted to each region’s positioning and target markets.

Travel and Leisure magazine ranked Beirut among the The World’s Top 15 Cities in 2018, and named it the Best International City for Food in 2016. The potential is already there and should be capitalized upon, and concrete action plans aimed at enhancing the country’s offerings should be put in place. These plans could include developing an iconic museum for arts, science, culture, and history, which could be designed by a renowned Lebanese architect and ranked amongst the largest museums in the region. They could also involve augmenting key tourist attractions—examples include Jeita Grotto, Our Lady of Harissa, Baalbek, and Byblos (Jbeil)—by developing add-on products such as hotels, restaurants, parks, and entertainment facilities.

To capitalize on achievements in the culinary department, Lebanon’s plan should include the development of fine dining options in Beirut, by attracting international chefs and restaurants, which would firmly position the city as a center of Mediterranean cuisine. Finally, organizing global mega events that would attract tourists from all over the world (for instance,  international music festivals, regional sports events, a women’s summit) would put Lebanon on the international tourism map.

Smart tourism, which refers to the application of information and communication technology for developing innovative tools in tourism, is the future of tourism in the digital world we live in. In 2017, Singapore became the number one global smart city, beating London and New York, according to a study conducted by Juniper Research. Applied to tourism, collecting data from tourists allowed Singapore to better understand visitors’ needs and behaviors. This information was useful in adapting tourism products, offering tailored services, and communicating targeted messages.

So why not implement smart tourism in Lebanon, starting with Byblos? Byblos is currently facing challenges that are affecting its attractiveness to tourists. Due to recent urban growth and uncontrolled expansion, the old city is separated from the rest of the city by a highway, which limits the connectivity between both parts of the city, increases the traffic in the touristic part of Byblos, and decreases the integration of tourist attractions.

Also, the high pressure on infrastructure and unregulated construction has drastically polluted the air and the water. By implementing smart solutions such as traffic management, energy efficiency, intelligent lighting systems, home and building efficiency systems, and technology ecosystems, Byblos can recover its tourism assets and attract a larger number of tourists.

Even the best laid tourism plans will remain ineffective if basic infrastructure reforms are not implemented in Lebanon, and soon. This includes road management as well as much needed upgrades to the airport.

The only operational civilian airport in Lebanon is designed to handle up to 6 million passengers a year, but each year, since 2013, it has exceeded its capacity. In order to avoid angry scenes at Beirut’s Rafic Hariri Airport, which were seen in summer 2018, effective systems should be put in place.

(There is a plan underway to expand the airport, boosting its capacity to 10 million through a $200 million investment. However, this project is not slated to start until 2020 and has been criticized by industry experts. Speaking to The National, Dr. Nadine Itani, an aviation expert and former member of the International Civil Aviation Organization delegation to Lebanon, critiqued the lack of planning or strategy, calling the proposal an “ad-hoc” fix when what is needed is “institutional reform”).

Aiming to create direct flights to cities with large Lebanese expatriate communities, such as São Paulo in Brazil, Montreal in Canada, and Sydney in Australia, will definitely encourage those with Lebanese heritage to visit the country more often, boosting the tourism and service sectors.

In addition, the creation of a low-cost airline—not outside the realms of possibility (just look at Malaysia-based Air Asia)—would assist in widening the target market and encourage visitors to travel more often. Travelers more frequently book with low-cost carriers, sacrificing the pampering services of regular airlines, such as the complimentary meals and loyalty programs. In fact, four of the top 10 fastest growing airlines, according to OAG Analyzer, are low cost carriers.

It’s all in the marketing

Developing a new brand for the country and promoting it through customized marketing messages will put Lebanon back on the global map. Malaysia’s “Malaysia: Truly Asia” is a famous and excellent example of a destination branding campaign.

Also, increasing the sector’s online innovative presence on social media is another important marketing tool, and is especially effective in attracting millennial customers. “When booking travel, 89 percent of millennials plan travel activities based on content posted by their peers online,” Entrepreneur Magazine reported in 2017.

Connecting with specialized and widely-read travel magazines such as National Geographic, Lonely Planet, and Travel Discovery to encourage them to feature Lebanon on their “hot lists” would be an effective marketing tool, as would leveraging Lebanese embassies in foreign countries to promote the country’s touristic revival.

Even though public-private partnerships (PPPs) may be difficult to execute, the reward is worth the extra effort. A number of mechanisms exist through which the public and private sector can collaborate to help reach these objectives, ranging from small to major projects, such as infrastructure and attraction development. The participation of the private sector in sustainable tourism can be varied, such as marketing and promotion, product development, infrastructure development or renewal, attraction development or renewal, and enhanced productivity and other services.

On the other hand, it is squarely the government’s responsibility to determine and approve a tourism strategy, designate major infrastructure projects, grant project approvals and ease the permits, and in some cases act as a regulator.

Chumbe Island in Tanzania—which once was experiencing the destruction of its native ecosystem, putting the health of its coral reefs at risk—is today globally known for its ecological innovation and exceptional reefs. This success story is thanks to a PPP arrangement, in which the government granted an environmental NGO long-term control over the island and reef. The NGO restored the ecosystem by building eco-friendly bungalows, and a visitor and education center. Today, the tourism revenue from visitors to the island covers all the costs of both the destination operation and maintenance, and the environmental improvement effort.

Continuous financial support and incentives will enable tourism entrepreneurs to take more risks and develop innovative solutions. Thus, it is important to ensure that funds are easily accessible to newly created companies, as well as existing companies. For example, the Development Authority of Lebanon (IDAL) provides projects in the tourism sector—from hotels, to leisure parks and medical centers—with exemptions from corporate income tax that can run up to 100 percent for a period of 10 years, if certain employment or investment requirements are met.

However, those employment and investment requirements—such as an investment above $15 million and a minimum of 200 employees registered with the NSSF—are only met by large hotels and enterprises, making the tax break a “mission impossible” for small- and medium-enterprises.

In addition, it is true that Banque du Liban (BDL), Lebanon’s central bank, is supporting new projects by providing subsidized loans, but these loans are not well-suited to all types of project, for two main reasons. First, when private banks increased their loan interest rates from 7 percent or 8 percent to reach 10 percent, BDL kept its interest at a 4.5 percent subsidy. Moreover, these subsidized loans are allocated only to new projects, leaving existing projects in need of renovation and refurbishment behind.

Invigorating and rejuvenating the tourism sector in Lebanon cannot continue in a piecemeal fashion. The new government must create a solid and calculated plan, one that acknowledges the role of both the public and the private sectors, and their opportunities to work together.  Lebanon must take back its place as one of the top tourism destinations in the region—2019 is the year to shine bright.