The nightclub business in Lebanon

When The Axis of Evil comedy tour performed in early 2008, Lebanon—for the first time in its history—did not have a president, and was in the midst of a politically unstable and tense period that culminated with the Doha Accord later that year. Despite the situation, Maz Jobrani, one of the group’s stand-up comedians, humorously observed that the Lebanese were still going out clubbing as if everything was fine.

Jobrani was not the first—nor the last—to comment on the Lebanese’s panache for partying like there is no tomorrow regardless of the country’s state. While the idea of Beirut as the party capital of the Middle East can lend itself to cliché, the reality is that the breadth of different kinds of nightclubs found in Lebanon—relative to its size—is impressive. Beirut and its immediate suburbs seem to have it all, whether it is live performances by local oriental musicians or international DJs flown in for the weekend; venues can vary from glamorous rooftop clubs where DJs play a set of commercial hits, to clubs in renovated warehouses playing electronic music into the small hours.

Starting in 2012, however, the Lebanese clubbing scene fell prey to the same pressures as others in the hospitality sector, feeling the effects of a deteriorating economic situation. The number of tourists and expats visiting the country were decreasing year-on-year, leaving cash-strapped locals unable to make up the difference. Partying, while still part of the Lebanese DNA, was becoming more of a luxury—one that many locals could no longer afford at the levels they had before.

While numbers have begun to pick up over the past two years, most club owners Executive spoke with are still operating under the premise that tourism is low, and so they must adapt to cater to the realities of the local market. This past year, however, did see some new venues open, lending hope to the idea of a reinvigorated clubbing scene. 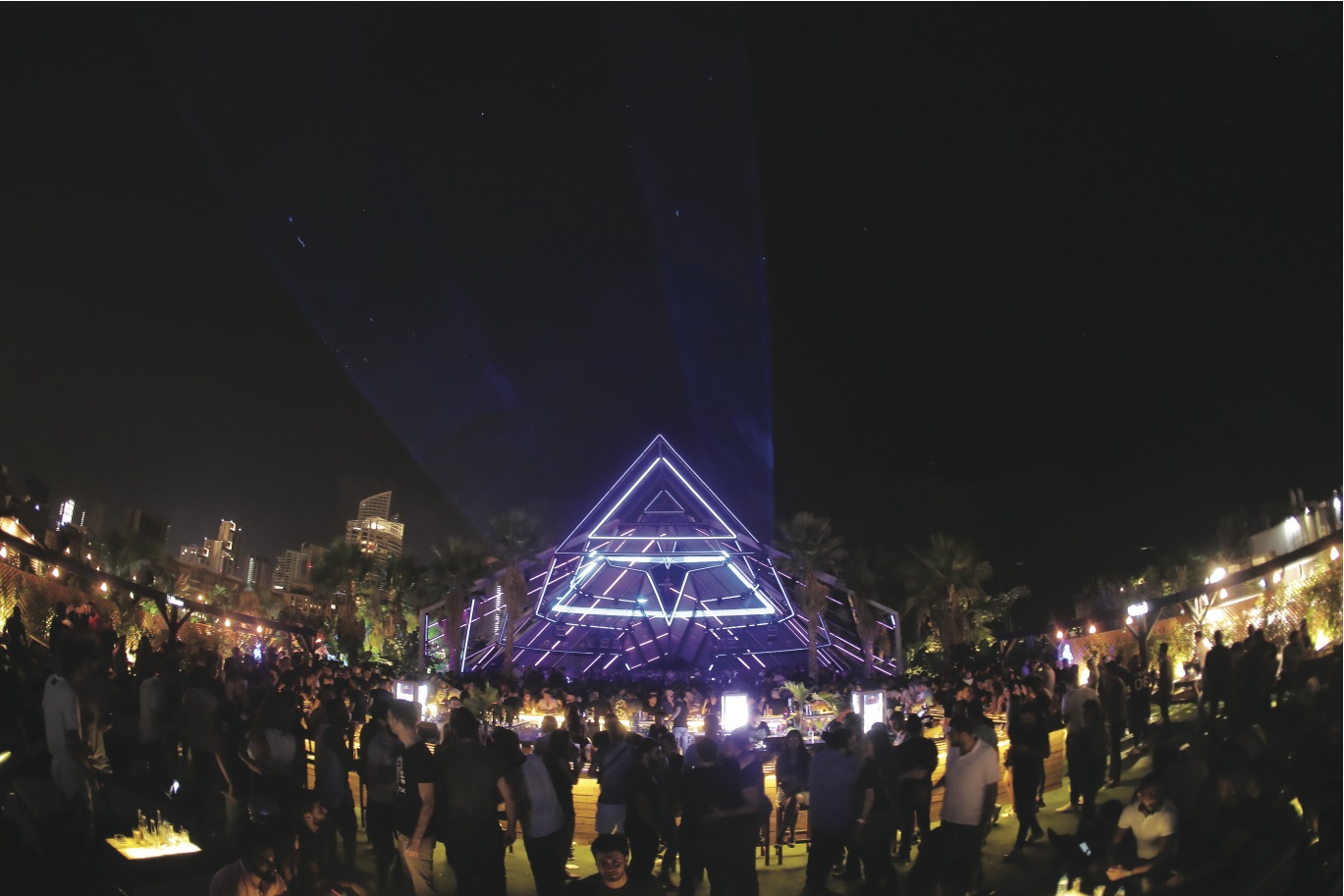 Where’s the party at?

Before 2012, major nightclubs in Lebanon—such as SKYBAR or White Beirut—would be open and full almost every night of the week. Nowadays, it is still not feasible for clubs to open all week. In order to maximize profits, clubs stay shuttered on nights they know their venues will not be busy enough to justify opening costs. All nightclubs Executive spoke to say they open only a few nights a week, ranging between one and two nights during winter (on weekends) and up to four nights during the summer when locals are more in the mood to party and when at least some expats and tourists visit, increasing the clientele at clubs.

For Michel Fadel, a musician and co-partner of O by Michel Fadel, a live music nightclub in Antelias, opening only on Fridays and Saturdays not only makes economic sense, but also creates a good energy for live music. “It’s like being in a concert on these nights. Also, [it] makes more economic sense than to be open all week and only get half the number of people or less,” he says. “If I have 2,000 customers per week on average that’s 8,000 customers a month and that is enough for me.”

The impact of the uptick tourism is clearly yet to be felt by Lebanon’s clubs though Naji Gebran, founder of B018, an nightclub in a renovated bunker in Karantina, notes that the situation is getting better. “People used to spend more on clubbing before, especially when we had the tourists from the Gulf who would spend without asking,” he says. “But now things are looking up since the ban on Saudi nationals has been lifted and they can visit Lebanon again. Arabs like to spend and have a good time, and so their return [to Lebanon] will be good.” 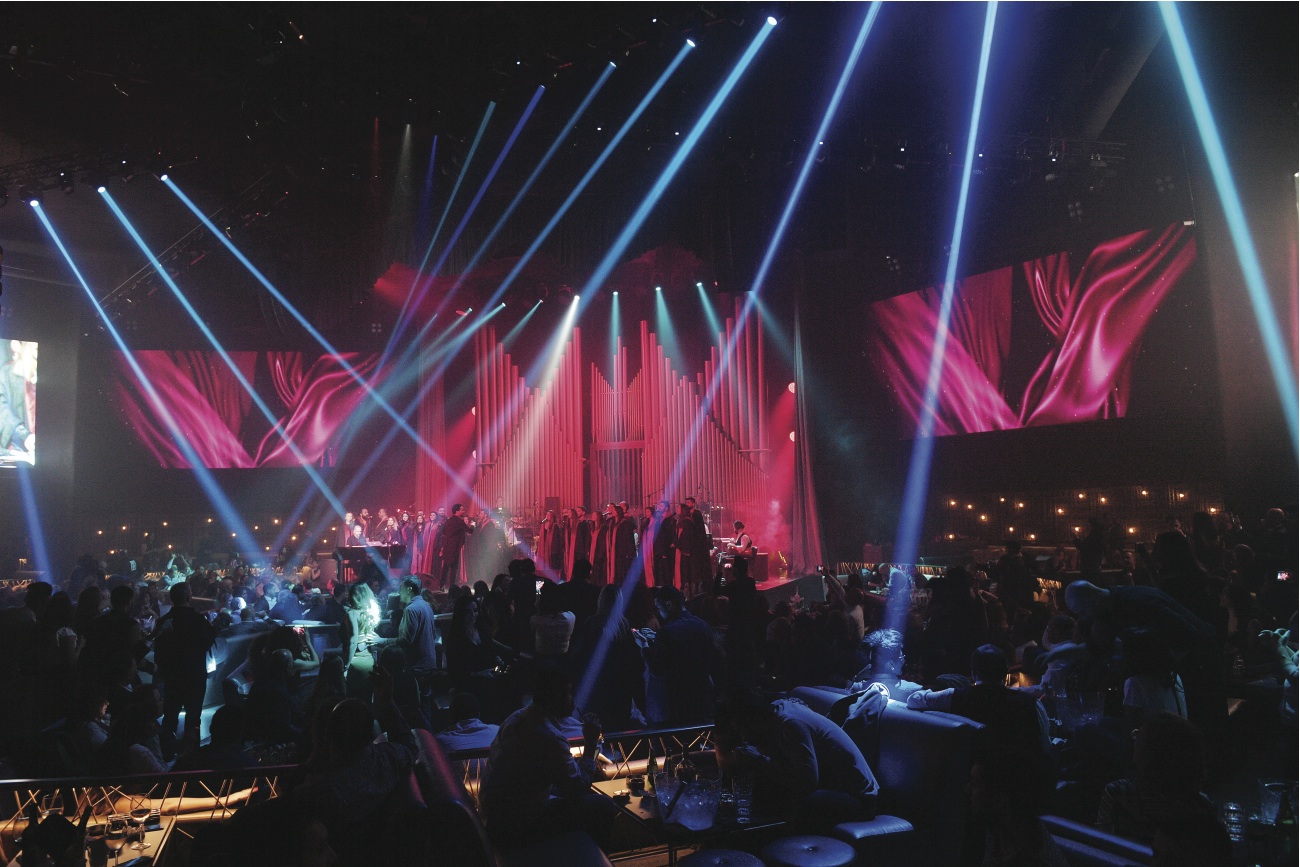 For Joe Mourani, owner of The Ballroom Blitz, an electronic music venue on Dora’s seaside road, being a Friday-only venue was more a matter of testing the market for electronic music than any economic consideration (The Ballroom Blitz also opens on holiday nights and for special events). As the venue exclusively plays electronic music, Mourani was unsure at first whether Lebanese could handle “two full electronic music nights in a row.” Since opening in December 2018, he says he has been pleasantly surprised by the interest—he says his 1,400 capacity venue is full most Fridays—and he now opens one Saturday a month for “take-over” nights.

In contrast to The Ballroom Blitz’s singular focus, other venues in Lebanon offer theme nights, switching from oriental hits one evening to disco classics another in order to maximize appeal and thus, profit. Claude Saba, chief operating officer of Addmind Group, a hospitality management company that operates Caprice, Nude, Iris, and Zuruni, as well as other restaurants, bars, and clubs in Lebanon and the UAE, says they focus on the local market in Lebanon—as opposed to Dubai, which has a lot of tourists. Having different themes on the four nights of the week when Caprice—their summer-only venue on Dora’s seaside roads, open Wednesday to Saturday—is open helps them attract a different crowd each night.

In winter, attracting regular club-goers is even harder in Lebanon, as the number of tourists and expats decreases and the locals enter hibernation mode. In response, some nightclubs choose to further restrict the number of nights they operate.

Ali Saleh, co-founder of Uberhaus and The Gärten, says their latest venue for their winter club Uberhaus (which was opened six months prior to Gärten), will be Karantina at end of 2019, but it will have a smaller capacity than Gärten’s 4,000. “The new Uberhaus will have a capacity of 2,500 because the winter market is different than the summer one in that there are less tourists, less expats, less spending—people don’t want to go out as much as they do in the summer,” he says. Saleh and his partners already have a monthly pop-up event in Kfardebian, Mount Lebanon, called Electric Sundown, and so do not want to cannibalize that by having a large winter venue in Beirut.

Despite the relative decrease in business, night clubs—if operated properly—are the most lucrative hospitality venues, according to Saba, who is making the comparison with his group’s experiences across restaurants, clubs, and bars. “Clubs make their money through volume and 90 percent of your turnover would be from alcohol, for [bars] it’s 60 percent alcohol, and the rest is from food, while for restaurants it’s almost the opposite and 70 percent of your turnover is from food,” he says. “If all is working well, restaurants are long-term investments although the profit margin is not that high. The nightclubs industry has the highest percentage of profit because it is based on alcohol, but its lifetime is short, and you have to reinvest annually to keep the look fresh.”

Nightclubs in Lebanon earn their profits either through ticketing (taking an entrance fee) or through a set minimum spend on tables; the latter of which is the model that commercial (or mainstream music) and live music venues follow. Commercial clubs usually rely on local DJs, meaning they have fewer costs than electronic music clubs that tend to fly in international DJs, and so can profit from table seating alone, Saba explains. Such clubs have an obligatory minimum spend to ensure that customers do not hog tables all night without spending enough to cover their costs. For Caprice, the minimum charge ranges from $65 for high tables to $100 for the lounge areas, which accommodate larger groups. 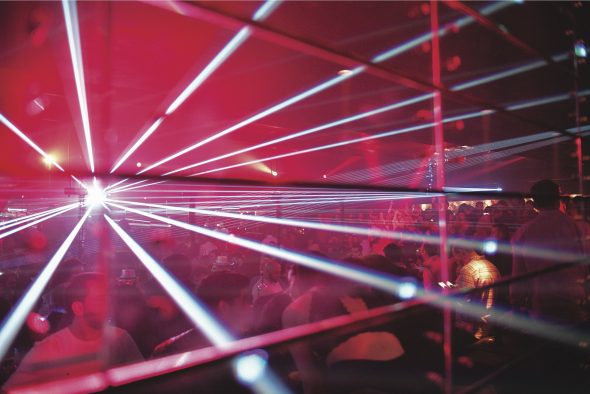 For electronic music clubs, ticketing is very important. “Even if we don’t sell anything else but the ticketing that night, the money from the ticketing would be suffice to pay the artist at least,” says Gebran. “Anything extra is good to pay back our costs and make profit.” Entrance fees to B018 range from $20 to a maximum of $50 depending on the DJ.

Saleh says he and his partners introduced the concept of ticketing to Lebanon through the original Uberhaus in Hamra back in 2012, and continue to use it with Gärten today. It makes sense for them to do, he explains, as they have large venues and so work on volume, not spending per capita—entrance fees for Gärten range from $15 to $25.

Clubs have their own costs to contend with before they rake in the profits. For Gebran, the biggest expense is rent, followed closely by the music set. Saba says that their biggest costs come from production—lighting, sound, and LED screens. Aside from the cost of production, Saba says proper ventilation through air conditioners is another big expense for winter nightclubs. As for Uberhaus’ Saleh, the cost of artists has become the biggest expense, as competition to secure international artists increases. (For more on artists, see profile article).

It seems the Lebanese are maintaining their party reputation for now. However, the uptick in tourists and expat visitors needs time to have an effect on the ground before Beirut’s clubs can get back to their heydays, when they could operate without worry every night of the week.

Fighting harassment at work in Lebanon