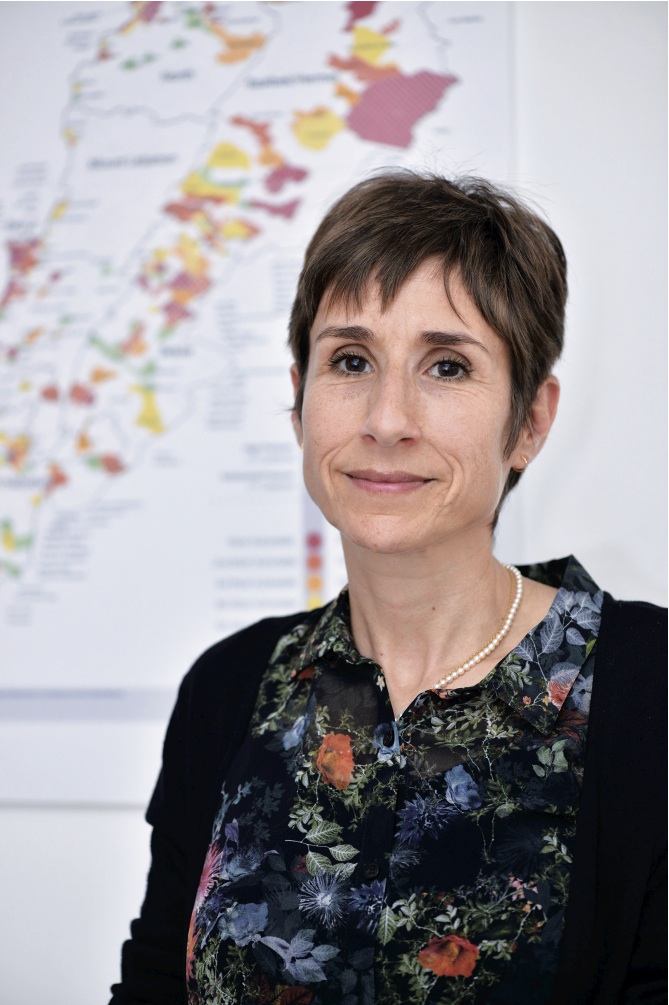 Life for Syrian refugees in Lebanon is a daily struggle for survival. Their situation in 2017 has deteriorated, in terms of receiving enough aid or finding work to meet basic needs—and because humanitarian aid continues to decline as financial need rises, next year will not be better. Many Lebanese nationals have also seen their socioeconomic situation decline, and poverty rates for both Lebanese nationals and Syrian refugees have risen dramatically. Economic anxiety has increased, as well as tensions between the two populations. Returning to Syria in 2018 does not yet appear to be a viable option. The civil war in Syria continues, peace is not yet certain for much of the country, and stability is still too uncertain to allow refugees to return to their homes.

Mireille Girard, head of UNHCR in Lebanon, met with Executive in November 2017 to talk about aid and development efforts to help both struggling populations cope in 2018.

E   Are Lebanon’s refugees better off at the end of 2017 than they were two years ago?

In general, the situation has deteriorated socioeconomically for Syrian refugees. This is the largest group, but it’s really affecting all refugee populations. Because the socioeconomic environment in Lebanon is also grim, it’s also affecting the Lebanese communities, and particularly the Lebanese communities in the areas that are hosting the largest numbers of refugees. Refugees have been generously hosted in places that were already underserved before the crisis, such as Akkar and the northern Bekaa, where you already had scarcity of water and not enough electricity for the villages. So imagine, with an additional population, you have to share more of these scarce resources, so that creates a strain on both populations, and neither of them have enough to cover their needs. It is a big challenge for the international community and for the government of Lebanon, trying to cope with the situation and mobilize as much funding as possible.

E   On the UNHCR website, there is a $2 billion request for 2017, only 30 percent of which was met by mid-October. Is that still accurate?

We will see more clearly at the end of the year. More money was pledged to Lebanon at the Brussels conference [in April 2017] and not all of this is allocated yet, so we hope it will be allocated against these prioritized activities that have been jointly planned by the government of Lebanon and the aid community. In 2015, we had $2.1 billion as the appeal. Last year, it rose to $2.4 billion, and this year was $2.7 billion. Lebanon is in a protracted situation with the economic slowdown, which is not due to the refugee presence, but more because of the war in Syria, which has led to [a decline in exports and tourism]. This has a strained both populations. Some are going more into debt—that is very critical for the Syrian refugees, and we see that within the refugee population, 90 percent of households have debt, close to a range of $900 per family. It’s the same for a number of Lebanese. So the international community is trying to address dual aspects, response and resilience, while helping both the displaced population and the communities that are impacted by the presence of refugees, as well as the services that are serving this overall population. It’s a challenge, but in Lebanon, not going to a camp situation has enabled us, instead of creating an artificial aid support that funds schooling and hospitals in camps, to help the hospitals and schools in the area. This benefitted both populations and is also a way to build solidarity.

E   It does seem, however, that in Lebanon—but also abroad as well—local populations are becoming less generous, less welcoming, and hostile even.

Yes, absolutely. One is the institutional response and, where we are, the second one is really the level of vulnerabilities. Let me identify the vulnerabilities first. Between 2014 and 2015, 50 percent of Syrian refugees were below the poverty line—now it has become 70 percent. Twenty-five percent were below the extreme poverty line, or survival line, and that is now 50 percent. And it has continued to deteriorate, but thanks to everyone’s mobilization in London and Brussels, we managed to keep people’s heads above the water, so the dramatic deteriorations have been slowed down. But it’s still happening. Refugees are sliding more and more into poverty. We’re now at 58 percent of refugees below the extreme-poverty line; more than half are at the survival line, and 75 percent are at the poverty line. The level of vulnerability has increased dramatically. The level of Lebanese vulnerability has also increased in that there is very serious unemployment because the economy is not generating jobs, and skilled jobs are not really created. There is less construction and tourism; there [are fewer] jobs in many sectors. People are going more and more into unskilled labor, and this is creating  competition between the Syrian refugees and Lebanese, and this leads to tensions.

E   Does the UNHCR have data on labor?

We know that the government estimates that for youth, there is a much higher percentage of unemployment. It’s in excess of 30 percent sometimes; for the rest of the population, it’s lower. For the refugees, what [UNHCR] estimates is that within the adult population, 30 percent are working, and they work two weeks per month on average.

E   Thirty percent of the adult refugee population is working, but are they primarily underemployed or not fully employed?

On average it is two weeks a month. The number of [refugees] that have secured a full-time job is quite rare. [At the] start the month, [refugees] don’t know how many days they will be able to work, which is extremely destabilizing, because they don’t know if they will earn enough to pay for rent. We know refugees on average pay $200 for rent, $35 to $50 for electricity, and about $30 for water per month. These are running costs no matter what. For education, the costs are covered for Syrian and Lebanese in public schools, but there are transportation costs, clothes for children, and a number of other expenditures. If a refugee works two weeks a month and the daily labor rate is about $12 per day, that will be about $177 per month.

E   Is it safe for refugees to return to their homes in Syria?

We see that the situation in Syria, there are discussions on de-escalation, and this is very encouraging. The Geneva talks were interrupted for a while, but they have resumed, and this is a good sign. At the same time, we see that in Syria we’re still in a war situation. Not that we’re waiting for a full peace agreement, but we need some certainty that whatever is discussed is going to be sustainable. When you are a refugee, and you have been through tremendous difficulty to get your family to safety—and sometimes you were displaced several times in your own country before reaching safety—you want to make sure that you don’t bring your children back to war, or to a situation where you step on a landmine. So what you need is some political dialogue that will guarantee that what is discussed is agreed upon. That will give the signal that they have safeguards, they have guarantees. For example, while we see progress, the month of September [2017] was the deadliest month of the whole conflict. In the first six months of the year, 500,000 internally displaced in Syria were able to go back to their homes, but during that period we had 1 million newly displaced people. That tells you that the context is very fluid. There is progress, there is light at the end of the tunnel for sure, and [displaced] people are watching that, the refugees are watching that, and this is what they hang [on]to everyday, because they want to go back home. Close to 90 percent of the refugee population are telling us that there is no question, they want to go back to Syria, and this is not atypical, we see that in every situation. The large majority at the end are going back. This is the main solution for them, and it’s their preference. But they are saying not immediately. At the moment, they aren’t feeling secure enough to go back. So they’re watching to see when will be the time they’ll feel secure.

E   Can Lebanon be a laboratory for testing better humanitarian and development solutions?

I’m absolutely convinced about it. We’re in the context of a humanitarian response, in a country that has a lot of [entrepreneurial] history, a lot of knowledge, a lot of skills, and we can benefit much more than we are at the moment, so we need to mobilize the energies and the focus. We have been doing a number of exercises with startups in Lebanon, we have a lot of young motivated entrepreneurs who think outside the box and give new ideas. This is welcome and the future of humanitarian responses. We have to go more; more into cash, more into innovation, more [collaboration] with the private sector.

E   Do you see progress on the issue of legal residency for refugees in 2017?

E  Does not having residency impede refugees from registering marriages and childbirths?

There has recently been some legal mobilization to facilitate registration of births even if parents don’t have a legal residence, which was a big issue before. Where we are still having big difficulties is that if you pass the first year [without registering a child’s birth], then you have to go through a judicial process that is long and expensive, so people give up. If they don’t do it the first year, they usually give up because the process is too difficult for them to go through. We’re working toward seeing if that can be facilitated exceptionally because of the situation of refugees. You don’t want to leave children stateless. When people go back home, they have to go back as a family. The children of Syrian parents are Syrian and should be recognized as such, so if you have a birth with the name of the father, the father being a Syrian national, automatically the child is Syrian. So when the child gets back to Syria, it’s on record that he’s a Syrian national, and cannot be left behind.