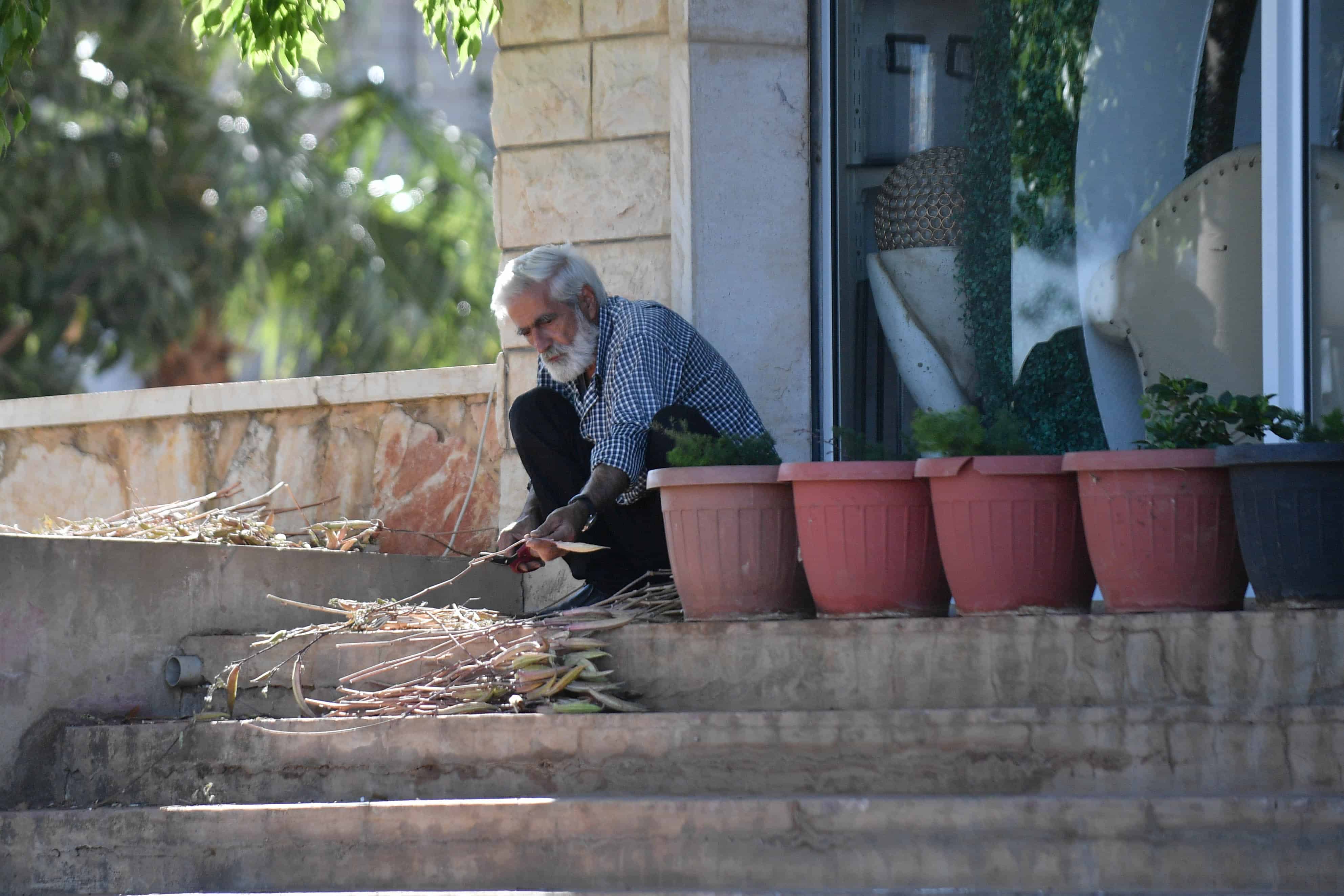 The main conceptual problem with such a dream when for the sake of the dream, not considering practical and legal barriers that any foreigner faces when seeking Swisshood – is the distorted perception of the fortune of the Swiss as demonstrated by a distance between their wealth and the fact that wealth and happiness are not synonymous or positively correlated.

Concretely, a wealth-seeking dream of being Swiss would have been compelling when conditioned on biased looks at the world’s most boringly rich countries. Swiss average net wealth per adult, defined as sum of financial and non-financial assets minus debt, according to the 2019 GWR was $565,000 by mid of last year, 55 percent of which in financial assets. Median wealth – the line separating the richer half from the less affluent half in the population – by end June 2019 was just below $228,000, or about 40 percent of the mean wealth per adult. Although the bottom of the
wealth pyramid in Switzerland in the World Bank’s new Poverty and Shared Wealth 2020 report did not show anyone in Switzerland living below the $1.90/ day international poverty line (IPL) – small surprise in a country whose statistics agency sees the relative poverty line above $80/day for an individual.

A time-tested aspect of the poverty/wealth conundrum is that the sole orientation towards financial wealth and accumulation of net assets does not directly correlate with happiness and well-being. For the archetypical utopian Thomas More, the dream of 7 society was the “wise and good constitution of the Utopians, among whom all things are so well governed
and with so few laws, where virtue has its due reward, and yet there is such equality that every man lives in plenty.”

Whereas More’s views in his Utopia – such as the abolition of private property – overall contain much that disables them as recipe for constructing a society, many studies with the best-available surveying and
modeling methodologies of the 21st century support the idea that the theist intellectual More was not entirely wrong when he expressed his conviction that a nation cannot be governed justly or happily “as long as there is any property, and while money is the standard of all other things.”

For example, a recent story based on data collected by an online job search platform claims that incomes in the 25 happiest states in the United States are on average between $35,000 and $70,000 and that seven out of the ten happiest states are in Midwestern/ Northwestern landlocked areas of the USA.

More serious findings of the latest World Happiness Report on happiness in cities and countries, show that it is not the weather, but also not money
or homogeneity and small populations size that explains why Europe’s Nordic countries are consistently rated among the happiest in the world. It is rather a combination of political rights, democratic and social trust, equality and social safety with autonomy, freedom, and self-reliance that exists in those societies. Perhaps surprisingly to some, Lebanon is not at
the bottom of the 2020 happiness rankings but in the lower midfield.

All annual global surveys of happiness and wealth factors will very probably be beaten over their heads by the world’s changing socio-economic realities inIn short, global poverty is predicted to increase, inequality is expected to increase, labor pressures and job destruction will universally distort societies, and the poor everywhere will be the ones to suffer most.

“Poverty reduction has suffered its worst setback in decades, after nearly a quarter century of steady global declines in extreme poverty,” opens the World Bank’s aforementioned Reversals of Fortune report on Poverty and Shared Prosperity in 2020. According to this perspective, new poverty will afflict better educated and more urban populations when compared to the
old rural poverty concentrations in the pre-Covid-19 world. Poverty is projected to push between 88 and 115 million people worldwide into extreme poverty within the current year and be driven into an indeterminate future by convergence of three risk factors, the COVID-19 pandemic and associated global recession; resurgence of armed conflicts; and climate change, which the report characterizes as “a slowly accelerating risk that will potentially drive millions into poverty”.

“Findings about the new poor have important policy implications, in particular for the design of safety nets and for measures to rebuild jobs and strengthen human capital in the recovery phase,” the report admonishes
under a more granular view, indicating that countries facing social safety net (SSN) challenges may need to ramp up support to poor households
that are already covered by SSN programs, but that these same countries might struggle to activate such nets for people in urban informal sectors who are hit by job and income losses.

On the bright side, the immense attention to poverty that has been expressed by the United Nations, World Bank and International Monetary Fund; the political and economic forums of developed countries; and a plethora of multilateral development agencies and civil society organizations, represents a groundswell of interest and attention to poverty
problems in the neoliberal capitalist world of the 21st century that may alter geopolitical processes and development trajectories.

Wealth and poverty in this sense are sides of the same monetary coin. For the longest time the default state of human living conditions was some form of subsistence economy that usually was almost, or totally, moneyless and minimalist in terms of market interactions until the market, profit and money focuses of the capitalist mindset gradually took over (subsistence
farming persisted could be found in Europe and the United States well into the 20th century). It could be fatal at the current juncture to forget that poverty, like wealth, is a construct of social organization that is anything but inevitable.

The changing faces of poverty

The issue of increasing poverty in Lebanon has commanded significant attention in the past twelve months: the difficulty to access liquid cash; the implications of inflation; the uncontrolled indexing of many goods and services; the skyrocketing US dollar exchange rate on the unsupervised market; job losses and pressures on day laborers in the informal market;
job destruction through bankruptcies and company closures in the formal economy – all weigh heavy on the national psyche. It is not really worth repeating that these burdens have been exacerbated by the COVID-19 driven global recession, as well as local lockdowns and responses to the pandemic.

In this context, the oft-repeated headline assessments of rising national poverty are of very limited use for understanding and charting courses to remedy either imported refugee poverty, newly revealed urban poverty that has apparently been on the increase for years, or long-standing rural poverty in Lebanon.

A neglected aspect of the poverty narrative in Lebanon is that according to an elaborate study, the regional poverty impact of the Syrian conflict was
most pronounced in Lebanon. “Poverty [in Lebanon] is 7.1 percentage points higher in the counterfactual than the actual outcome,” said the paper.

Beiruti urban poverty, in previous years, seemed to be more of a hidden poverty in the sense that many people, according to observers from longer-established charities and NGOs, were concealing their real state of need and destitution. Until this summer when escalating poverty forced the former middle class to reveal their destitution. Moreover, Lebanon’s fate was rocked once again and most brutally into total awareness of the spectre of Lebanese poverty on the evening of August 4, 2020. In this context, the first measurable result of the spike in Lebanese poverty has been the humanitarian response that was implemented over two months in the direct aftermath of the disaster. On the international and macro levels, this response found its first prominent expression through the pledging of nearly $300 million in assistance at the French-organized International
Conference on Assistance and Support to Beirut and the Lebanese people on August 9. A notable further international expression of support soon
after came from UNESCO’s global appeal for emergency responses to save Lebanon’s health, cultural heritage, and education capacities.

Meanwhile, tangible and measurable on-the-ground aid was documented by the United Nations’ Office for the Coordination of Humanitarian Affairs
(OCHA), starting with a first situation report on August 7. The OCHA numbers are as follows; over more than two weeks after the port explosion, 200 food parcels were supplied by the World Food Program to communal kitchens in the worst affected areas, facilitating distribution of some 3,000 warm daily meals .By the end of August, over 50,000 hot or ready-to-eat meals were distributed in 11 neighborhoods and the number of persons in need of protection services was estimated by OCHA partners at 152,200.

One month later, the number of distributed meals was stated as more than 92,000. Of the identified 152,200 needy individuals, 47,500, or slightly over 31 percent, have been reached by OCHA protection partners as of September 23. Maps published by OCHA one month after the disaster showed the approximate areas of extreme economic vulnerability and humanitarian responses by organizations that partnered with OCHA. Humanitarian disaster response by its emergency nature is not ever a glass that is half full but always a jug that is never full enough.

However, these OCHA numbers are an indicator of compassionate actions that in all likelihood is unable to capture the full extent of this altruism and solidarity. This is the implication of a multi-tiered stream of support – one part coordinated with international help, one part organized through local volunteerism and local NGOs, and one part informal and based on family,
clan and neighborhood human networks. Informal support has been observable in a myriad of daily anecdotal incidents around the affected area and cannot be fully quantified and measured, however much a hypothetical or practical observer might have tried.

Local responders also coordinated their efforts more formally through several initiatives, an example being the Ground-0 Relief Committee that was initiated as an active civil society organization within ten days of
the explosion. Young Ground-0 volunteers from mid-August onward were combing the streets of Achrafieh, giving out aid, collecting information on needs of area residents and receiving applications for specific support
such as home repairs and reconstruction.

“Ground-0 focuses on emergency relief in addition to the response to protect the most vulnerable and work on long term reconstruction and recovery,” explains the new initiative’s chairperson, former minister
and well-known media personality May Chidiac.

Chidiac tells Executive that Ground-0 partnered with several local and international NGOs and entities that have long experience addressing vital needs for development, reconstruction, and humanitarian assistance, including health assistance. In this regard, Ground-0 delivered meals and foodstuffs to families and individuals, first-aid and medical assistance in
addressing about 1,500 injuries in the first week after the blast, additional medications and mental health support for traumatized children, and a rehabilitation plan for damaged dwellings.

“But fighting poverty is difficult,” Chidiac continues. “It is not a simple job, because it needs transformation and change.” She elaborates that this participatory and collaborative approach requires firstly to create a common goal to fight poverty and create jobs under a multi-stakeholder
approach. This approach should be inclusive of private, civil society, and public and municipal stakeholders, and entail work on a national roadmap strategy of trans-sectarian and corruption-proof “well-defined organized collective actions”, she asserts.

Juxtaposed with the initiatives of long-standing charities, international NGOs, newly formed civil society initiatives, and informally acting volunteers, is the absence of a national, governmental, strategic
action plan that addresses poverty and labor.

Executive is presenting a lineup of insights from the best researched international stakeholders in poverty mitigation among Lebanese, resident Palestinian, and Syrian refugee populations on the following pages.