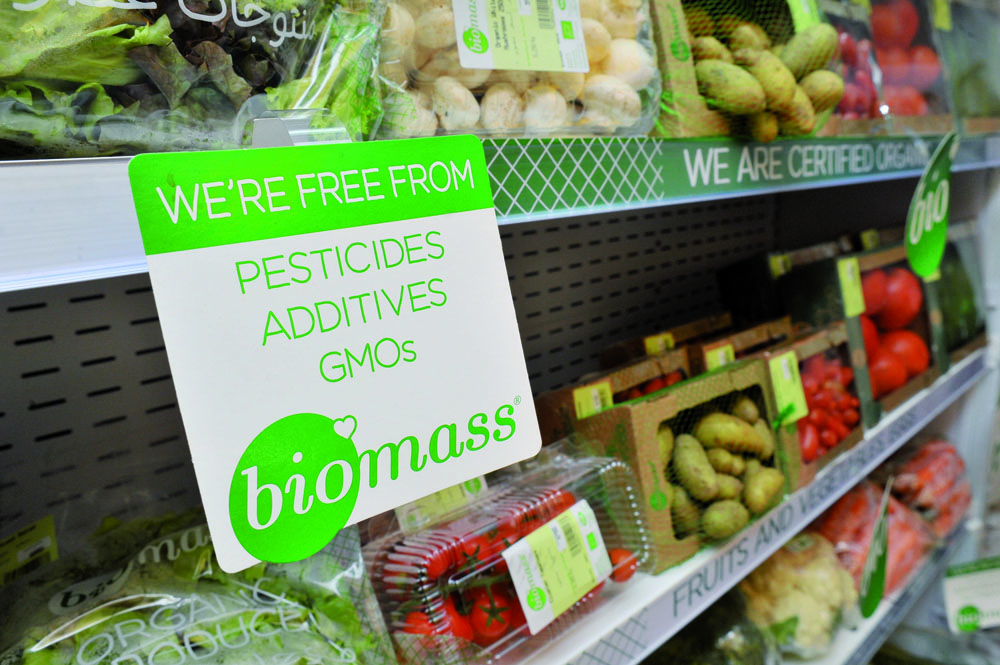 Rooted in a 2007 project to grow organic fruits and vegetables at the Massoud family farm in Batroun, North Lebanon, for their own consumption and distribution to relatives and friends, Biomass has since become one of Lebanon’s biggest producers and distributors of organic products.

Soon after establishing the company, the Massouds found that their farm was too small to meet market needs for more volume and a wider variety of produce. To remedy this, they established collaborations and partnerships with over 40 organic certified farms in Lebanon whereby they supply these farmers with raw material, such as organic seedlings, depending on the particular agreement with each farmer, in exchange for produce.

Today, Biomass covers the entire chain of operation: farming, packaging, sorting, production and distribution in retail spaces. They have four lines of products – fresh produce, fresh eggs, dry grocery goods and frozen goods – with 95 percent of their items produced in Lebanon and the remaining five percent of goods, such as cocoa, quinoa and organic frozen chicken breasts, imported from abroad.

Having been credited with promoting the organic sub-sector in Lebanon, where fresh organic produce now has its own shelf space in supermarkets, Executive sat down with the executive manager of Biomass, Mario Massoud, to understand how their business model works and how organic farming can help the development of the agricultural sector in Lebanon as a whole. 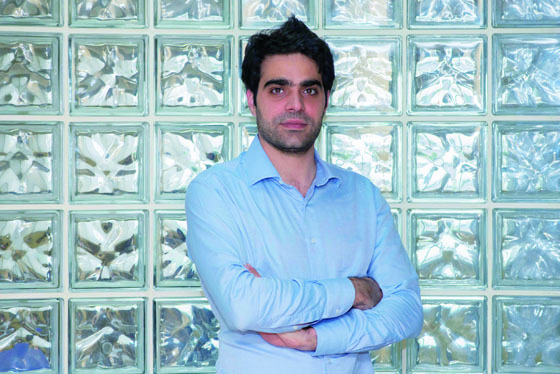 E   Organic produce, largely due to its higher price when compared with conventionally farmed produce, is still somewhat niche in Lebanon. What drives the price up?

Today there are two main factors which affect the price of organic produce. The first is that the yield at the farm level is relatively low, which is normal for organic but can be improved through modern farming techniques which we should be applying. The scale of the farms is another issue. Today most of the 40 plus farms we work with are small scale farms, from 1,000 to 10,000 square meters, so you don’t have big operators at the farming level operating organic farms. Also, most of the farms are multi-crop farms which reduces the risk of losing one’s entire harvest, but at the same time drives the costs a bit higher. This affects the volume of crops produced, while the more volume is generated, the less costly the product will be.

E   What is your target for closing the price gap?

Today, depending on the season and the crop, the gap varies between 50 to 300 percent price-wise. Ideally, we would like to have a gap ranging between 30 to 70 percent.

E   Are you trying to add more farms to your portfolio?

We are adding three to five farms each year, and many of these farms are bigger in terms of farmed land. But when organic farming was launched in Lebanon, it was introduced to the very small farms so that they could generate value in their farms when competing with the bigger farms.

E   Quality wise, how big is the gap between an organic operation  and conventional Lebanese agriculture? Is there a prevalence of Genetically Modified Organisms (GMO) products used by Lebanese farmers?

E   How much has the overall market for organic foods developed in terms of total market share?

I don’t have market share but I estimate it to be roughly five per million. I don’t believe that we are in the 1 percent level yet.

E   Can you specify the growth rates here at Biomass?

We’ve been growing at an average annual rate of 30 to 40 percent, which is especially interesting since there is a growing awareness of the benefits of organic produce among consumers. We’re actually producing less than what the market is demanding for organic products.

E   On the margin side, for the farmer, how much can they expect in terms of percentage of the retail price?

It depends on the crop and the season. Today, we buy from the farmers at 50 to 300 percent more than they would sell in conventional farming produce.

E   When you compare that to the cost the farmer has in raising the crop, how high is the cost of entry?

If you have virgin land, which has not been conventionally farmed before, the cost of entry is relatively low. There are no pesticides which means you don’t spend on costly pesticides, so effectively it’s cheaper since the farmer doesn’t pay that much to enter. But since the yield generated is lower, it drives the cost up and the farmer also has to pay for the annual certification fee.

E   Within the distribution chain, there is the component of transportation and storage where you wonder how hygienic they are, especially when you hear all the stories…

Our products are tested when we take them from the farmers and again when the product is sent to the supermarkets. We operate the entire chain.

E   How much did you invest in all this?

The investment is quite big and until today not profitable. Our objective as a company is to grow the organic sector in Lebanon for companies like us to have a space in the food sector and be sustainable and profitable.

E   So how do you balance your financing?

Until today we have raised several rounds of capital to finance the company and have just completed our second round of capital increase. We are also hoping to increase the volume at the production and export level to generate enough volume for us to reach profitability.

E   Where does the increase in capital come from?

From investors. So far we haven’t had any fund related to the company, though we have looked into [private equity] and venture capital funds. But the capital was mainly from private Lebanese and foreign investors who believe in the organic sector. We tell our investors that it is a long term project whereby we are creating an industry in Lebanon that was virtually nonexistent seven years ago.

E   What is the growth potential of the market?

Back in 2010 when we started we were present at not more than 20 stores. Today, we are present in 250 outlets divided between supermarkets, dedicated organic shops, delicatessens, small groceries, hotels and restaurants.

E   How much of the share is specialized restaurants and hotels?

It’s not big; they’re 5 percent of the total market but they are growing. It is expensive to have all organic items in the kitchen, so what we are trying to do is create one dish in the kitchen that is organic or use a small number of ingredients; whatever is most feasible for the kitchen operator.

E   In terms of your exports, what are your current rations and potentials?

In 2015 we exported 60 percent of our supply in value to the Gulf. We try to export to new countries, and exported once to France, but mainly focus on the Gulf. Export is a real issue with the Syrian crisis because of the extra rush on all the air freight cargo space making it difficult to find the space to export. We need this space because our products are fresh and so exporting is quite a challenge.

E   From your perspective, how much of a role could the organic sector play in Lebanon by the year 2020?

We hope to get 3 to 4 percent of the market share, which is six times the growth of my current estimate. I believe there is a lot of room for growth in the organic sector in Lebanon. For the past five years, our role as Biomass was to introduce an organic produce sector to Lebanon and now we are moving on to the next step which is to make it more accessible.

E   At the level of integrated operators that have both farming and distribution, do you have competitors?

We have competitors although we don’t really believe we’re competing since the market is growing and there is enough space for everyone there. There’s a lot of collaboration between these operators, but you have companies other than Biomass producing organic.

E   Over 80 percent of cereals consumed in Lebanon are imported. On an overall agricultural level is there food security?

I think Lebanon can increase the contribution agriculture makes to the overall economy. There is a role for the government, which needs to make farms more modern and in line with international best practices and techniques, such as the use of pest control. I think it will result in a good economic model in addition to serving the Lebanese people’s interests.

E   Are you exploiting yourself? Meaning the opportunity cost of how much more you would have made had you considered a career other than the executive officer of Biomass?

I never thought that I would be in this role, but now I really believe in it and love it. It’s a new challenge for everyone on the team because there’s no organic expertise in Lebanon so we’ve created through trial and error and are learning from our own mistakes. It’s also a challenge for all of us to succeed in what we are doing now and that’s the exciting part. So, am I exploiting myself? Yes, I am.