Guesthouses and boutique hotels on the rise in Lebanon

Interest in authentic and traditional experiences has been growing over the past several years in Lebanon, as exemplified by the rise in the number of restaurants in traditionally designed homes or even by the number of people going on hikes in rural and rarely visited areas of the country.

This trend can also be seen in the growing number of guesthouses — defined as a private home offering accommodation, and usually breakfast, to paying guests — or boutique hotels opening their doors, especially in rural areas of Lebanon. When Executive first covered guesthouses two years ago, there were less than 10 such lodgings across the country. Today however, there are approximately 40 guesthouses according to Kanj Hamade, senior consultant at Lebanese Industry Value Chain Development Program (LIVCD). The program works on rural capacity development across three main sectors or value chains: agricultural, agro-industry and tourism, in which LIVCD offers training and technical support to guesthouse operators.

A sign of their current significance to tourism is that such lodgings are now officially recognized by the Ministry of Tourism and require a license for operation.

What’s in a guesthouse?

According to Layal Boustany of L’Hôte Libanais, a private company that promotes alternative tourism in Lebanon mainly through rural guesthouses, visitors opt for these forms of lodgings when they want to immerse themselves in the culture and traditions of the region they are in. “Previously, tourists came to Lebanon and went to touristic sites but did not really get in touch with the people or the community. Today with the guesthouses, they are basically living with locals so they get direct contact with the cuisine, the traditions and the mentality of the people. Even in boutique hotels, because they are small, there is a much closer and personal relationship between the owner and the guests,” Boustany explains.

Boustany says that when L’Hôte Libanais was founded by Orphée Haddad in 2005, the idea of opening one’s private house to strangers was unheard of among Lebanese, and that his main role was raising awareness and encouraging locals to utilize their homes in that manner. 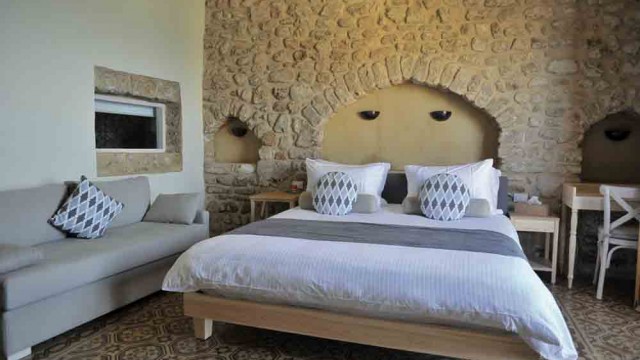 Today, there are eight guesthouses and one boutique hotel in L’Hôte Libanais’ network, which promotes and markets these guesthouses on its website, social media platforms and at events, along with allowing guests to book through the website in return for a percentage of the booking fee. According to Boustany, for the first few years, their clients were largely foreigners already familiar with the idea of guesthouses and either residing in Lebanon or here on vacation. “Slowly, and especially in the past three years, we had more people from Beirut who wanted to take a weekend getaway in these guesthouses or boutique hotels, instead of going to a typical mass tourism hotel,” Boustany says.

LIVCD’s Hamade says that local tourism is the driving force behind guesthouse capacity in rural areas for the time being. “We cannot promise guesthouse operators that there will be thousands of tourists suddenly coming to Lebanon this summer. What we can do is support them in first meeting the local demand, which is plentiful, and then preparing themselves and their venues, in terms of quality, for when the tourists from the Gulf region return,” Hamade says. He adds that when these tourists do come back to Lebanon, it will be enough for only 5 percent of them to visit rural areas and spend a night in a guesthouse in order to significantly impact the area’s economy.

Indeed many guesthouses or boutique hotels are finding that they have more demand than they can handle. Manager on duty in Dar Alma, a new boutique hotel in Tyre, says that their nine rooms are almost fully booked on weekends until the end of September and that they are at least half full during weekdays for the same period.

Collette Kahil, owner of Beit al Batroun, a guesthouse in Batroun, says bookings from both foreigners and Lebanese have been steadily on the rise since she opened two years ago, and that she has recently added two rooms to her house, making a total of five, to meet this increased demand. 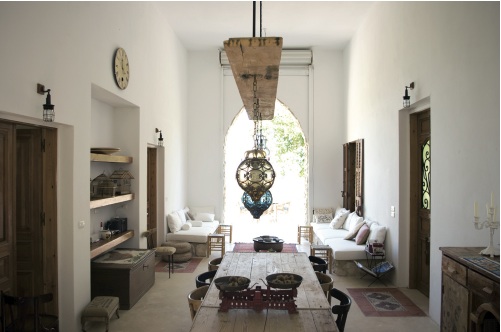 Show me the money

Hamade explains that rural tourism in general, and guesthouses or boutique hotels specifically, present an opportunity to revitalize the regions that host them. “These areas need that sector as it empowers women and youth in the area — they are usually the ones that work in this soft value industry — strengthens social cohesion when Lebanese visit lesser known areas of their country and combats poverty within that region, aside from securing the resilience of the tourism sector through diversifying offers,” Hamade explains.

Still, Boustany says L’Hôte Libanais encourages guesthouse owners to view this operation as an alternative revenue stream, one which can eventually be put back into developing and maintaining the guesthouse itself, rather than as a full time job which, according to her, would put too much emphasis on commercializing the guesthouse and affect the experience’s authenticity.

The makings of a guesthouse

Slowly, owners of traditional Lebanese houses are considering the idea of transforming their homes into guesthouses. Boustany says that while at first they had to approach people and convince them to do so, today they are getting more and more phone calls from people who ask them to come and assess whether their homes meet L’Hôte Libanais’ criteria for guesthouses. The requirements include that the house’s architecture is traditionally Lebanese, the breakfast served is authentic and reflective of the culture and most importantly, the host is friendly and open to the guesthouse experience. 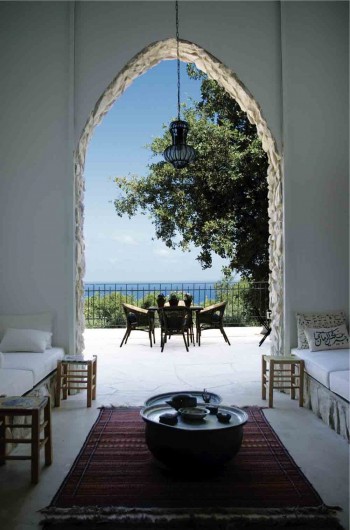 “Many people call us but when they understand the concept, they back out because they are not ready for such an idea. The concept of a boutique hotel is more easily accepted by the owner and the guest at times,” Boustany says.

While guesthouses and boutique hotels are certainly on the rise in Lebanon, with two new guesthouses — one in Keserwan and the other in Furn el Chebbak — joining L’Hôte Libanais’ network this summer, Boustany feels there is more work to be done in spreading awareness of alternative tourism.

“The challenge is that, even with all our efforts, the idea of the guesthouse is still uncommon and sometimes people are disappointed or their expectations are not met. In the end, you are in somebody’s house and sometimes there are clashes. But we know it is working because it is growing. The guesthouses in our network are fully booked and both the hosts and guests are happy,” Boustany concludes.