I’m sitting in Cherine Magrabi Tayeb’s airy office in the Starco Building and her soft voice competes with the noise from outside the 11th floor windows, where workers are striving to repair the building’s façade, damaged in a bomb blast in December 2013. She is explaining to me how she went from working with the family business, an eyewear company, to founding the House of Today.

Blonde, blue eyed and openly allergic to giving interviews, the Lebanese–Egyptian appears shy at first, but quickly opens up when she begins discussing her passion for promoting young designers. Tayeb, who studied at Chelsea College of Arts, isn’t actually a designer herself, but she does have a self professed fascination with aesthetics.

Founded in 2012, her non profit organization, House of Today, aims to support emerging designers in a number of ways, from organizing themed group exhibitions and helping them gain exposure, to providing funding for solo shows or independent projects and offering scholarships for those who want to further their studies. The idea came to her after she discovered something about Lebanon she had never known: there was a pool of gifted young product designers who didn’t have an outlet for their talent (beyond Beirut Design Week that is). She began to realize that it was a lack of more solid infrastructure and a continuous form of support that was preventing them from achieving their full potential.

“I thought that here’s an opportunity to create an umbrella, whereby we present a platform in design for Lebanon, and not just to each their own,” Tayeb explains. “So I can’t say there was a business model that I copied. It just happened organically. The mission we have is to establish Lebanon as a design hub in the region and ensure that Lebanese design gets its fair exposure on the design scene internationally.” 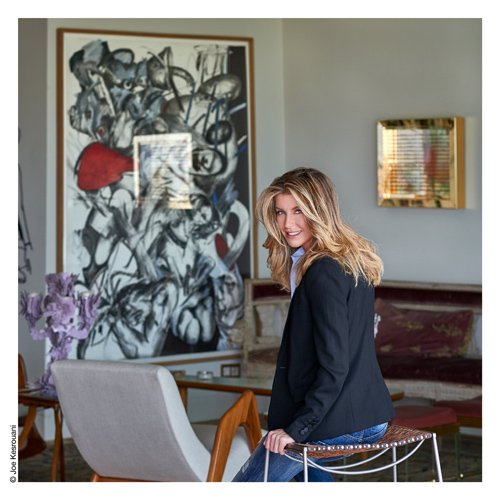 Over the past two years, House of Today has helped fund local and international ventures including david/nicolas’ solo exhibition at Beirut’s Art Factum Gallery and Najla El Zein’s walk-through installation, Wind Portal, at London’s Victoria and Albert Museum. The NGO is partially dependent on donors at the moment, Tayeb explains, but the aim is to eventually fund the entire program through profits from exhibitions of young designers’ work. House of Today organized a high profile exhibition at Beirut’s Yacht Club in Zaitunay Bay this past Christmas, under the theme “Naked: Beyond the Social Mask.”

“Our social mask is a subject that is so controversial and it’s something that everyone is going through right now with social media, and what each of us is trying to portray online, versus the real person,” she says. “I think most people have a different side to them.”

The theme was inspired by a conversation Tayeb had with a writer one day, over coffee. At the end of the meeting, he asked for her Facebook details. Tayeb told him she didn’t want him to get to know her based on a social media presence, which she describes as a projection of who she’d like to be, not a reflection of who she truly is.

“That’s when we got into a really interesting discussion,” she recalls, “and I realized I feel like I know all the designers because I’ve met them and seen their work on Facebook, and learned the message they want to convey that way. But who are they really? I thought that there was a message there about transparency and truth.”

The broad theme led to an eclectic array of objects, from the provocative to the philosophical, among them Makram El Kadi’s stunning birdhouse, made of 2,500 stray brass bullets used for illegal hunting, and Souheil Hanna’s armchair, made to resemble a beautifully finished rosewood coffin. The work of emerging product designers was offset with work by established stars, such as fashion designer Elie Saab, who donated three specially designed clutches. 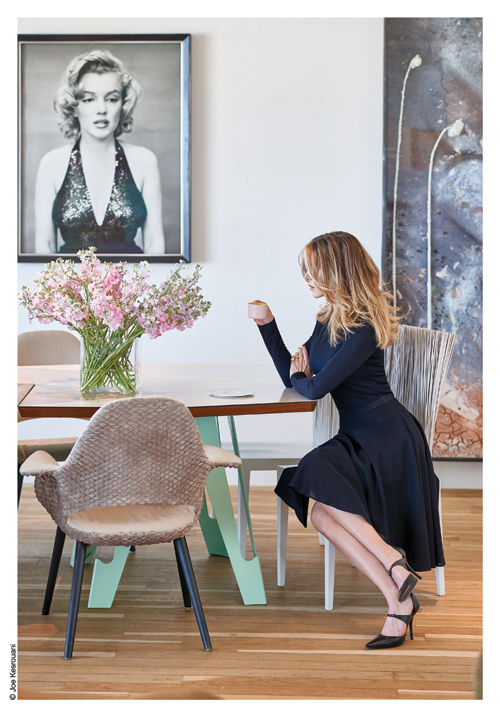 Although the organization’s focus is on promoting product design, including fashion designers like Saab or jewelry designers such as Nagib Tabbah in the mix helps to create a buzz, Tayeb says, and to attract a wider audience. As word has spread, designers are increasingly sending in their portfolios, she says.

“A lot of designers have a lot of talent, but haven’t yet been exposed to the commercial aspect and to clients,” she continues. “So it’s a huge eye opener for them, because all of a sudden they see how the clients interact, they see what sells and what doesn’t, the price points. We mentor the designers from design up to completion of sale, so it’s a really good learning curve for them.”

A committee of well known local designers works together to decide which projects merit support. House of Today also has close ties with the Lebanese Academy of Fine Arts (ALBA) and keeps tabs on promising design students.

The organization’s December exhibition made enough money to fund a booth at Design Days Dubai in March, showcasing 15 of the “Naked” pieces. It also helped Lebanese designer Carlo Massoud meet the costs of exhibiting his work with Carwan Gallery at New York’s Armory Show. On top of that, House of Today was able to offer the first two scholarships for students wishing to undertake a Masters in design, either in Lebanon or overseas.

“Between exhibitions, we try to support each designer to have their object exhibited in an international gallery,” Tayeb says, “or allow businesses and institutions to work with designers, or private collectors to commission an object. So we’re also building this confidence that Lebanese designers are established, and are doing a great job.”

“There’s a reassurance when people think, ‘Okay, this designer’s already exhibited in Italy’ — then the Lebanese clientele and collectors are comfortable working with them. We’re still struggling to convince our own community here that there’s a really good design scene. It’s a challenge, but we are definitely getting there.”