For a jeweler, walking the line between fine jewelry and fashion jewelry requires a delicate balancing act, but it’s one that Ralph Masri is managing to pull off with startling finesse. It’s no surprise then that Masri, who studied at the prestigious Central Saint Martins in London, has been named one of 2015’s Rising Stars by JCK, a Las Vegas based showcase and one of the biggest jewelry events on the annual calendar. This is off the back of his debut collection, ‘Arabesque Deco’, a range of rings, cuffs, earrings and bracelets that might have taken inspiration from ancient Islamic architecture, but his execution sets him apart as a thoroughly contemporary jewelry designer. 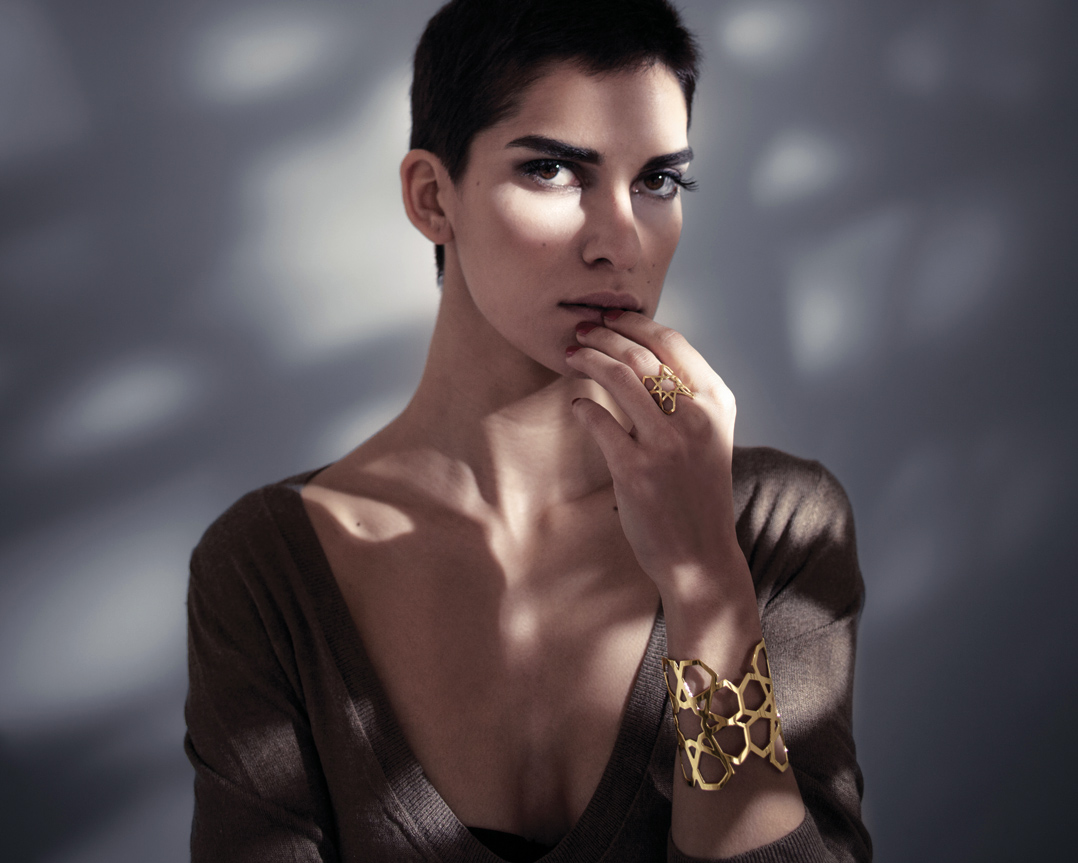 If the name sounds familiar, but you can’t quite place it, then there’s every chance you’ve ambled past his storefront in Mar Mikhael, set behind a pair of dark doors on an unassuming road off Armenia Street. When we meet there, I can’t help but notice what a distinctive space it is. For the interiors of his showroom — which opened up last year — Masri reveals he was inspired by the jewelry room in the Victoria and Albert Museum in London, which he describes as “the most beautiful jewelry space I’ve ever seen. It’s really, really dark, with jewelry displayed in the walls with spotlights on them.” Low-lit, raw-looking, and with concrete floors, the space certainly has the feel of a gallery, immediately differentiating it from the more staid, established jewelry brands here in Lebanon with their glossy downtown storefronts and clichéd ad campaigns. The slim line space is spread across two floors, with the studio occupying the top floor, where everything is made. Mar Mikhael was a natural home for the brand — not just because it’s where Masri himself lives, but because, as he puts it, “the spirit of it really works in terms of the spirit of my brand. I saw what direction Mar Mikhael was going in, and I really wanted to be part of that wave.” 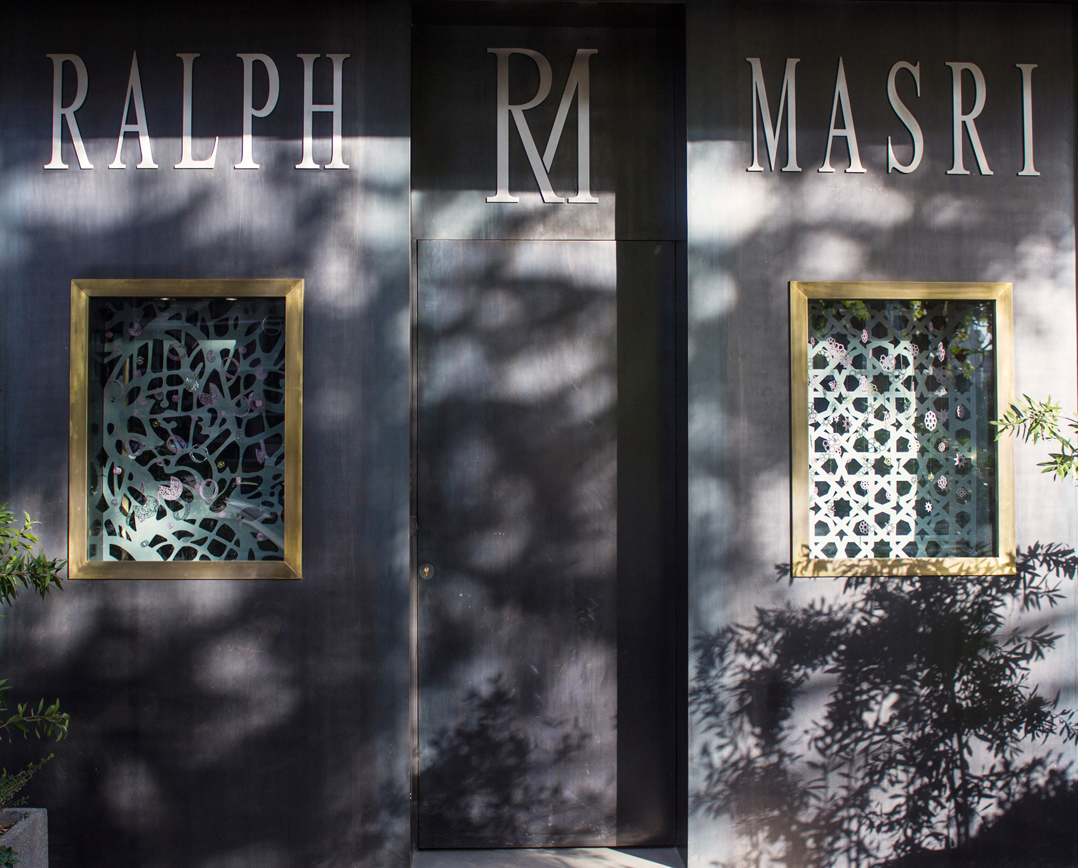 I comment that launching a new business in Beirut at this moment in time seems suicidal — and while it might have spirit to spare, Mar Mikhael is also a neighborhood where bars and restaurants open and shutter quicker than you can say the words ‘pop up shop’. But while the store came into being to provide him with a professional point of sale for his expanding client base in the city, he reveals that Beirut isn’t his complete focus. “This is my base, and where I produce,” he explains. “If you really want to make it as a business, you have to look elsewhere, which is why I focus on a European market, and why I’ve started going into the Gulf market. You need that backup from abroad.” While he is already stocked at concept space Wolf and Badger in London, Masri has recently landed his first point of sale in Kuwait, and over the next couple of years will be concentrating on the US too. Beyond that, he’s even considering looking further afield to Asia. 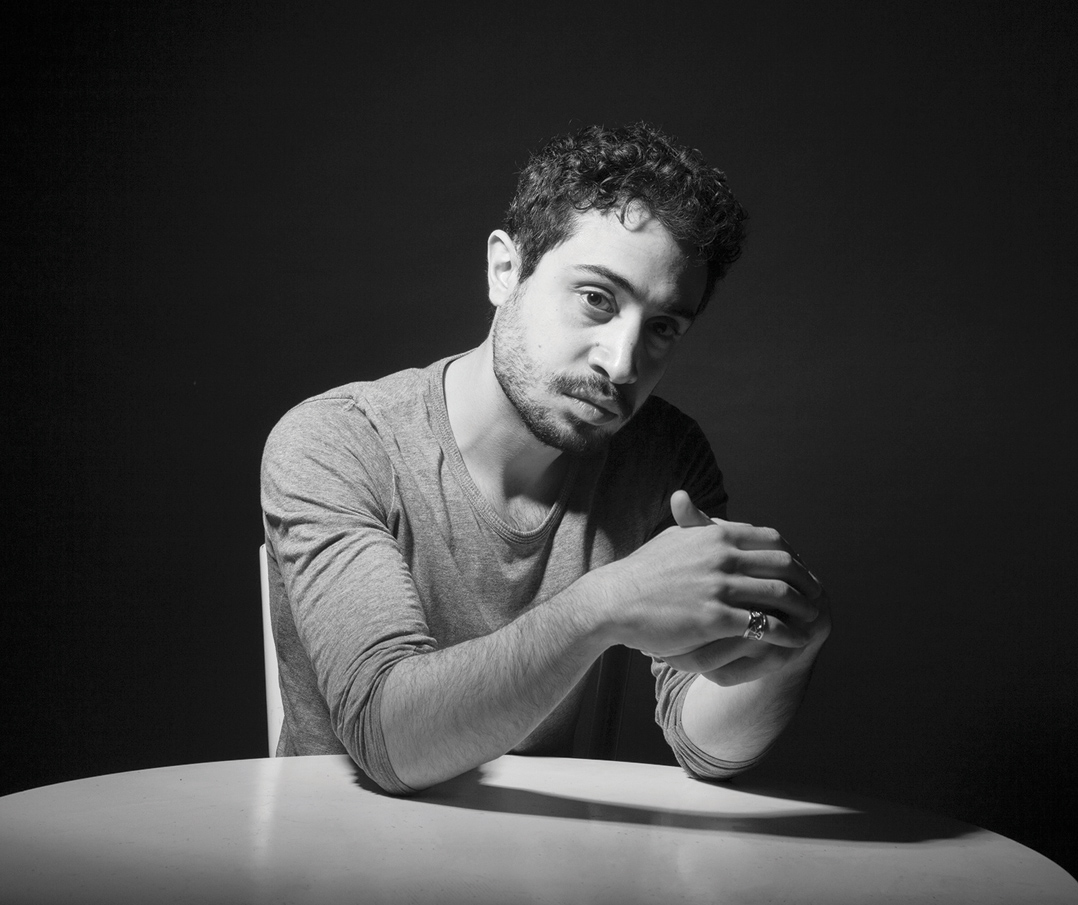 After our interview, Masri was due to fly to London to present his collection to press and buyers there for the first time, so we were granted a bit of a Beirut preview. It’s entitled ‘Sacred Windows’, and continues his love affair with architecture — this time with the windows and stained glass artwork of churches and cathedrals. As you’d expect from such an inspiration, there’s a focus on color, as well as a departure from the complex forms and geometric structures of his previous work to more simple silhouettes, but again solely working with precious metals and lots of different types of stones. The collection is a testament to Masri’s talent for creating desirable luxury, but with an edge. 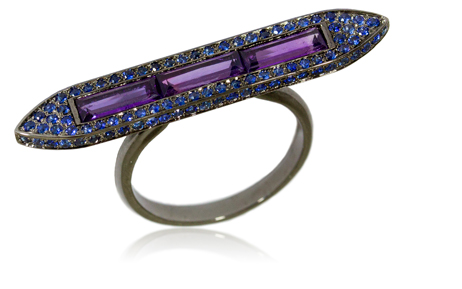 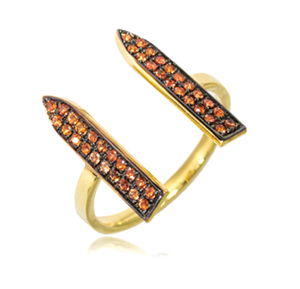 Masri seems happy to lead the charge for a new generation of jewelry designers who are wrestling the mantle from the rigid grasp of some of Lebanon’s heritage brands, adding that, “when you look at fashion, it’s really evolving, even film and music. But jewelry’s taken some time to catch up.” While only two collections in, it’s clear that he has a strong sense of self, as a creator, and a sense of where he is going. “There are many brands out there who just do random, beautiful things, but nobody knows who they are or what they’re about,” he says. “My identity is my top priority in my work, so that when people look at it, they know it’s me.”