The franchisor and the direct operators

It is part of human nature to be dissatisfied with what we have, always wanting and working to gain more. At the corporate level, this can manifest itself in the growth of one’s enterprise, be it in size, services provided or expansion into new markets.

Businesses in Lebanon are no strangers to growth into new markets, whether locally or abroad, through the opening of new branches of existing operations. A quick glance at the Lebanese Franchise Association (LFA)’s list of franchisors reveals that businesses of listed members range from retail stores to a children’s daycare center to service providers (such as copy and design services) and even to a gas station.

Who franchises and where

Malik’s, a copy center and services retailer, boasts five franchises in Lebanon since the inception of the concept two years ago and actively promotes becoming a franchise owner through banners displayed at their stores’ entrances.

However, despite examples such as Malik’s, the majority of franchisors and franchisees listed on the LFA website are in the hospitality business, be it eateries or retailers that sell food and beverage (F&B) products. Indeed, Lebanese F&B investors have become increasingly seasoned in developing solid brands whose value increases by opening multiple outlets locally, and often abroad as well.

The first choice to be made when opening a new branch is location, according to Donald Batal, founder of the restaurant management company Ministry of Food which operates Classic Burger Joint (CBJ) and Tomatomatic, in terms of making sure it’s a high traffic area which would have a good revenue stream. 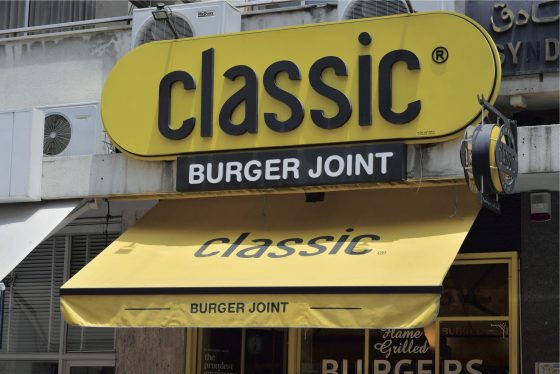 Once the location is set, F&B operators have to decide whether they want to directly operate the outlet or sell it as a franchise. If directly operated, the company invests in constructing the branch and manages it itself, keeping all future profits within the company. As a franchise, the company sells the branch’s license to a franchisee who invests in constructing the venue and managing the outlet. The franchisee then keeps future profits minus the annual royalty fees paid to the brand owner or franchisor.

Within Lebanon, most F&B outlets are company owned and operated, as it is a more profitable model for the owners, according to Marwan Ayoub, copartner in Venture Group. “If your outlet is profitable, and most local chains in Lebanon are, it’s better for the owners to open branches than to sell them to someone else, especially since there are always ways, such a kafalat loan, to support the opening investment,” says Ayoub, adding that such companies tend to grow the value of their brand locally by opening several branches and later consider selling the brand abroad as franchise.

Show me the money

When it comes to profitability, Battal, who is starting to locally franchise CBJ and plans to have Tomatomatic be a purely franchise model locally, believes the two models end up being equally lucrative. “Both models are profitable, [but return] depends on the investment size. When you have a company owned store, you invest money into its construction but you have a higher return. When you sell a franchise you don’t invest but you get royalty fees which are less of a return,” explains Battal.

[pullquote]When expanding abroad, having an operator from the country in question becomes even more important[/pullquote]

Christine Sfeir, CEO of Treats Holding and Meeting Point, which holds the Dunkin Donuts franchise in Lebanon and operates Lebanese eatery Semsom locally, in the region and, most recently in New York, explains that while it takes a lot of time for franchising to be financially lucrative, when a branch becomes successful, the profits roll in. Sfeir says that franchisers put in a lot of effort at the beginning to get their franchisee stores to work.

Bring in the locals

For Kababji, direct operation makes more sense since their main catchment area is Beirut and Mount Lebanon, which is an area they know well and is well positioned for their brand, explains its general manager Eddy Massad. “Beyond these markets, within Lebanon, we don’t see Kababji as being well positioned. While it is possible to do so, it’s tricky and has price sensitivities,” says Massad, adding that in this case, since they are unfamiliar with operating in regions outside of Beirut and Mount Lebanon, franchising the concept to an operator from the local area would be an option. 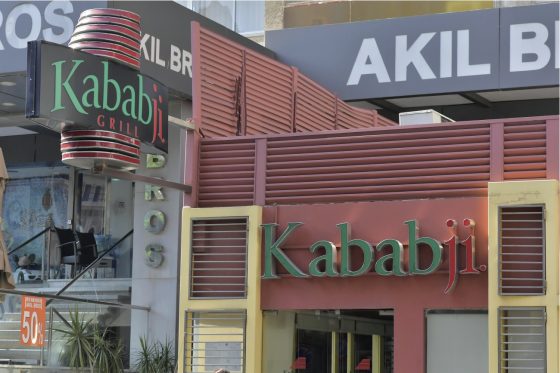 Having an operator from the region that would know how to promote the brand among the community is exactly why Battal franchised CBJ to an operator in the north who opened the first branch in Ehden in the summer of 2015 and will be opening branches in Zgharta and Batroun this summer. “We decided to give the north to someone from there who, with a brand like Classic Burger Joint, will attract all the north – and this is what happened. So the match of a good operator from the area and a good brand is a success by itself,” explains Battal.

When expanding abroad, having an operator from the country in question becomes even more important. “I want a local partner in every city because I want an expert in the city; we cannot personally become experts in every city in the United States,” explains Sfeir in describing Semsom’s franchising plans going forward in the US, where the company so far has two directly operated branches in New York through the head office based there.

What’s in a name?

All franchising F&B operators interviewed for this article stressed the importance of having the franchisee be very experienced in the hospitality business and already operating several eateries. “The experience of franchisor is excellent when you have the right operator as franchisee, meaning one with a background, experience and skills in F&B. Otherwise, it is the worst experience ever. Therefore, the skill lies in finding the right operator,” says Kababji’s Massad.

Indeed, fear of having a franchisee unintentionally harm the reputation of an F&B brand, through bad management or lack of experience, is a reason cited by some of those interviewed by Executive for delaying franchising plans until their company is more structured.

“At this point in Boubess Group we are not franchising for one simple reason: it’s true that we are a big company in hospitality but we are still building and developing our portfolio so when we franchise our brands, our infrastructure as a company will be ready in terms of the system, the brand and manuals,” says Boubess Group’s corporate marketing manager Hady Fadel. Fadel explains that, if the right control does not exist, a franchisee might introduce elements which are not in harmony with the brand, potentially jeopardizing the brand’s name in that country, which in turn would reflect negatively on its overall performance.

The power of control

Operators who are franchising their brand have circumvented [possible] risk by investing a lot of time and money into developing their franchise manuals and into following up with their franchisees. “What we did before franchising is establish a very solid structure: we enrolled in the biggest associations for franchising such as the International Franchise Association and we invested in our operation manuals. We are not worried about losing control of our brand because we have this very solid structure and on top of that we control the quality from A to Z,” says Batal.

According to Sfeir, having experience as a franchisee with Dunkin Donuts has made her a better franchisor. “We are very hands on. For example, we have two mystery shoppers who go twice a month to all venues. We know what is important in order to support franchisees since we are franchisees ourselves,” she enthuses. 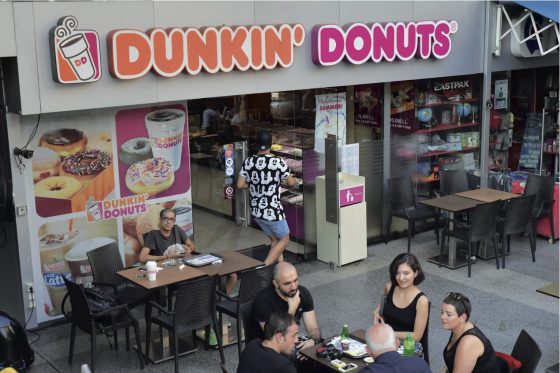 In terms of soft and management skills needed, some see that being a franchisor requires a different mindset than being a manager of several outlets. “When operating you need to go into detail and be more customer service oriented, while as franchisors you are working as consultants more or less so you need to adapt and be more flexible,” says Sfeir, drawing on her experience both as a franchisor and a direct operator.

Others see that the two models require similar management skills: “Maintaining consistency and quality of the brand is a common challenge between franchisors and direct operators, and requires the same management skills for having the proper systems in the food supply chain and the operational standards,” says Kababji manager Massad, adding that another common challenge is finding qualified employees in Lebanon. Kababji has addressed this by having an in-house professional development system through which both direct staff and franchisee employees must pass in order to advance into key positions.

It is up to the F&B operators to decide whether they want to franchise their brand or develop it themselves, but what is certain is that they will always continue to strive for more growth. It’s only human.

As old as Byblos