May 2016 was municipal council election time in Lebanon and so, every Sunday of that month, many Lebanese headed to their area of origin and cast their vote for who would essentially be in charge of their native town’s internal affairs for the following six years.

While most voters were probably primarily concerned with issues such as waste management or electricity, the development of their city or village’s touristic potential is a factor that should have also featured in their choice of candidate, given the potential benefits tourism, even when locally driven, could bring to an area.

Although most rural villages and towns generally have small municipal budgets, active municipal councils can still work on promoting tourism in their areas in terms of planning, attracting investors and securing donations towards touristic projects.

According to the municipalities Executive spoke to, one of the the main goals of developing tourism in their city is to keep people in it all year.

One of the activities the municipality of Ehmej has organized to achieve this goal is the development of fifteen hiking trails, also open for snowshoeing in winter.

This project began slowly in 2004, through funding and support from USAID, but grew in earnest over the last three years. In 2015, the trails welcomed 1,500 visitors, including students on school trips as well as Lebanese and expat nature enthusiasts, and 560 visitors in the first four months of 2016 alone.

“Our end goal from all those activities, as a municipality, is to keep people in Ehmej during the winter as well, decreasing migration to the coastal cities. Those who come from Beirut spend money here and enrich local businesses: they eat, they get gas for their cars, they sleep in one of our four guesthouses, and when they have fun on their visit, they will come back again,” says Abi Semaan, boasting that 55 percent of Ehmej’s citizens live there yearlong, working in the area’s schools, hospitals, hotels and restaurants or as guides for the hiking trails.

[pullquote]“It is actually very hard to have tourism without the involvement of the municipality because, for example, you need access to public natural resources, which belong to the baladiyeh [municipality]”[/pullquote]

The creation of job opportunities is one of the reasons Pierre Achkar, mayor of Broumana, cited for encouraging and supporting investments into food and beverage (F&B) outlets in his town, including an eight-restaurant cluster developed and operated by his son George Achkar last year and the addition of another cluster, Printania Villa, this year, also developed by his son.

“Twenty three restaurants will open in Broumana this summer; for Broumana this means creating employment opportunities in the restaurants themselves, mainly university students who would be working part time in these places, and also in the pre-opening phase in terms of construction and back end work, not to mention the money that has been invested in the city itself,” says Achkar proudly.

Seeking out the money

Some municipalities clearly see the financial value of hospitality and tourism activities in their cities and so seek out investors that would develop such projects in their area.

This was the case with The Backyard in Hazmieh, a multipurpose cluster project with a focus on F&B outlets. The mayor’s son suggested to Venture Group – the developers of the project – that it create such a project in Hazmieh instead of the office structure the developers had in mind.

“This is not usually the case but now that Hazmieh did it, I’ve had municipalities who are interested in facilitating similar projects and even considering developing such projects on government owned land. Because these projects bring job opportunities, further tax revenue in the long run, increase the real estate value of the neighborhood and could put a small lesser known area on the tourist map,” explains Marwan Ayoub, copartner in Venture Group. 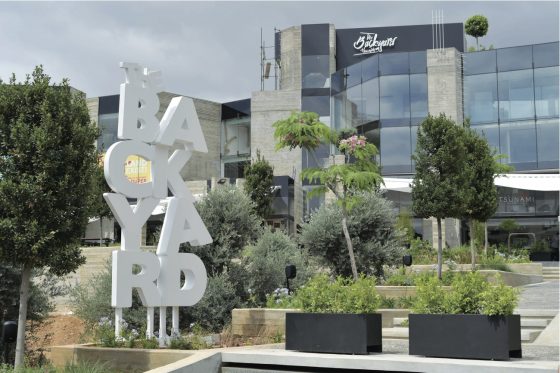 The power of local support

Developing the touristic appeal of a town or village does not happen by itself, no matter how beautiful or culturally relevant the area is. According to Kanj Hamade, senior consultant at Lebanese Industry Value Chain Development Program – funded by USAID and currently working on 25 projects related to rural tourism in Lebanon – there is a clear significant difference between a municipal council that is working for a village and one that is not working, calling the municipality a “generator for local development”.

“It is actually very hard to have tourism without the involvement of the municipality because, for example, you need access to public natural resources, which belong to the baladiyeh [municipality]. If you want to build sustainable holistic tourism based on a coalition or network, and not just an individual project, then you need the support of the local authorities,” says Hamade, referencing the examples of areas in Lebanon which have high historical significance but refused to work with the LIVCD on marketing their assets.

Speaking as a private sector investor, Ayoub says their hospitality cluster projects would be much more difficult to actualize without the support of local municipalities. “It would be nearly impossible to have such a project without the support from the local community. They can put obstacles for you every step of the way from the space you need to pour concrete, to the facilities you need when receiving customers, to the tricks that would devalue the size of the land,” says Ayoub.

[pullquote]The festival was a success for the local cherry growers, as the 7,000 kilograms of cherries picked in one day sold for 7,000 Lebanese lira per kilogram[/pullquote]

Hamade explains that a municipality’s first concrete role is to survey its territorial capital – be it agricultural, historical or natural – and build a story or brand around that asset which would attract visitors. The municipality of Ehmej, for example, did just that: “We looked at our assets and saw that we don’t have industrial areas or agricultural areas in our village, but we do have beautiful forests which we utilized through the development of the hiking trails,” says Abi Semaan.

The municipality of Hammana developed a tourism strategy that capitalized on the fame of their cherries through resurrecting the cherry picking festival three years ago, a tradition that had been very popular before the civil war.

In 2015, the one-day festival attracted 5,500 people to Hammana and this year, when Executive spoke to the organizers at around noon on the day of the event, the festival had already welcomed 5,000 visitors. The festival was a success for the local cherry growers, as the 7,000 kilograms of cherries picked in one day sold for 7,000 Lebanese lira per kilogram. Visitors to the festival – 90 percent of whom are not from Hammana – got to discover the town through fun activities, explains its mayor Bachir Farhat. 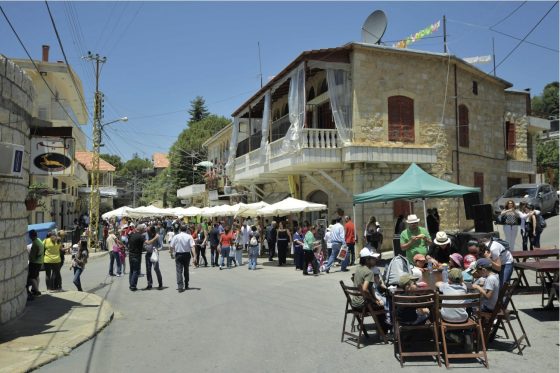 According to Achkar, Broumana saw its potential in being the closest and most accessible masyaf – or a destination for summering – to Beirut, via the Metn highway (for more on infrastructure and hospitality development, see explainer). As such, they supported the development of F&B operations mainly through facilitating and speeding up paperwork and by developing a marketing campaign that would brand Broumana as a summer destination.

When a plan goes downhill

Sometimes a municipality’s tourism strategy backfires. One example is Bhamdoun El Mhatta, where their branding of being a family oriented town catering to tourists from the Gulf left them with no tourists once GCC nationals decreased their visits to Lebanon.

“Tourists from the Gulf like Bhamdoun because it is well maintained and family oriented. Some people suggested we have nightclubs or things like that to attract people but we don’t agree; we are patient and will wait and preserve Bhamdoun until the Kuwaitis come back,” says Bhamdoun El Mhatta’s Mayor Osta Abu Rjeily, explaining that since Kuwaitis own more than 45 percent of the property in Bhamdoun, there is actually not a lot more they can do to promote tourism there beyond waiting.

[pullquote]Once a branding strategy is set, the municipality’s role turns to supporting its application through identifying and coordinating between potential investors and donors[/pullquote]

Once a branding strategy is set, the municipality’s role turns to supporting its application through identifying and coordinating between potential investors or donors. Most municipalities in rural areas have small budgets and cannot afford to finance touristic projects and as such play the role of facilitators.

“The municipality has a leadership role to play, meaning it can coordinate between the local and regional key players, facilitate communication between them, and represent the local community in meetings with donors and the government when it comes to tourism,” says Hamade, admitting that when municipalities have a strong enough budget to fund projects, their work as Lebanon Industry Value Chain Development (LIVCD) becomes easier and faster.

Abi Semaan explains that at first they, as the municipality of Ehmej, had to find and then apply for grants that would support their tourism projects.

The municipality of Hazmieh felt that a project like The Backyard was needed in their community and so provided the incentives needed to facilitate its development. “We needed such a project for the community and we were prepared to offer incentives to get it. Part of the incentives were to do with taxation in that we only started collecting taxes from the restaurants after the project’s first day of operation and not from the first day of rent. But this was not the main incentive for this project: such a project needs our coordination and facilitation with every governmental office that is related to the municipality (technical office for architectural drawing, licensing ….),” says Michel Asmar, a representative of the Hazmieh municipality.

All the efforts made by any municipality cannot circumvent the need for internal stability and regional security in order for international tourism – and not just domestic – to truly flourish in Lebanon, but that does not mean they cannot lay the groundwork while waiting for that day.  “The challenge is to work on projects while there is little demand. The demand is increasing but it’s mainly locally driven; the internationals will eventually come so we are getting ready for that while working with increasing local demand,” concludes Hamade.