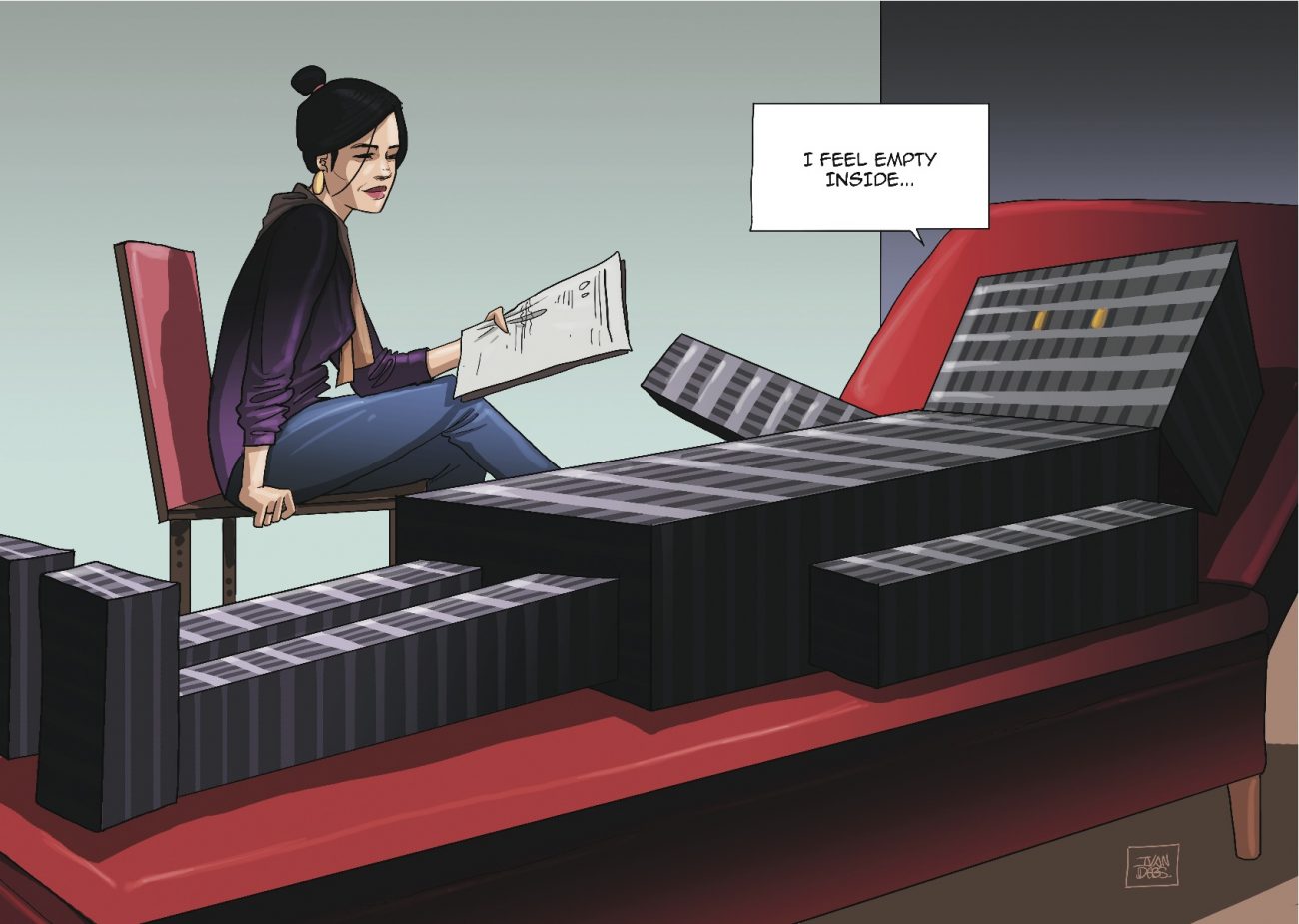 Times are very tough for Lebanon’s real estate sector. After years of poor demand in the upper and middle segments of the housing property market, demand for entry level units plunged in 2018 with the news that subsidized home loans were no longer available (although Parliament did legislate a one-year $66 million fix to subsidize housing loans as Executive went to print). The market has come to a standstill this year, leaving developers scrambling to sell units any way they can—more keen than ever to offer deals.

There have been visual cues that the property market is in a depression, more easily seen in the middle and upper class neighborhoods of Beirut. Walk around the city at night and you’ll see story after story of unlit, seemingly empty, apartments. During the day, the for-sale and for-rent signs tell the same story: There are a lot of vacant apartments in Lebanon’s capital.

The indicators reflect a slowdown in sales, and a decline in market sentiment. Real estate transactions have been declining in quantity since 2015, and the total value of transactions fell off pace from a year ago, according to data from the Ministry of Finance’s General Directorate of Land Registry. The year-on-year comparison through July shows transactions down almost 10 percent, with their value declining by nearly 23 percent. Demand for real estate was down 26 percent in the first quarter of this year compared to the preceding quarter, and down 24 percent compared to Q1 2017, results of the Byblos Bank Real Estate Demand Index show. The index improved during Q2 2017 thanks to the news that the government and central bank were devising a solution to thaw frozen applications for subsidized home loans, which had stalled due to lack of funding. Parliament’s legislative fix passed at the end of September should temporarily boost demand and sales, but presumably for only the starter home portion. (See subsidy story.)

Demand for and sales of middle and upper segment apartments might rebound when Lebanon’s economy recovers from its seven-year malaise. Such a recovery would be predicated on several substantial “ifs”: if the next government is formed, if CEDRE pledges make landfall, if conflicts in the region subside, and if the regional economy starts pumping again.

But Lebanon’s real estate sales professionals are not giving up so easily. They are presenting value options to entice borrowers to reach for their wallets. One such option is the lease-to-own contract. Such a contract works in the following way: when signing the initial rental contract, the tenant and owner include a clause specifying the price for which the renter can buy the apartment from the owner; after a certain period of time (typically three years) paying rent, the tenant can decide to purchase the house at the price initally agreed upon. A portion of the rent paid during that three year period can be applied to the principal of the apartment’s value, or as a downpayment for the unit if a loan is needed to cover the remaining cost of the apartment. “I advise buyers to ask for it, and I strongly advise sellers to offer it,” says Walid Moussa, president of Lebanon’s real estate brokers syndicate (REAL) and CEO of Property Brokerage & Management. “It may be difficult now to have the same level of transactions as previously, so don’t let your properties be vacant—rent them.”

Some sales firms are offering flexible terms and credit facilities to help buyers afford homes, and to try and get stock off the books. Sakr Real Estate, for example, is offering financing for a period of 10 years at 0 percent interest, though buyers will have to put down 25 percent in order to qualify. “Our clients do not need to go to banks any more,” Fadi Jreissati, the company’s general manager, tells Executive.

Yet others are switching up marketing and sales tactics, bringing targeted offers to the doorsteps of potential buyers. “It’s become direct sales,” says Mireille Korab, head of business development at FFA Real Estate and vice president of Lebanon’s developers syndicate, REDAL. “You do not wait, you go out there and talk to the people directly. It is the people you know, your sphere of influence, and how innovative you can be in reaching out. You have to look at your project and imagine who would be interested to buy into this project, and why would they be interested in buying into your project and not another project.”

Whether these ideas can help breathe life back into the market is yet to be proven, and any real progress may rely more on external market factors than deals and marketing alone can solve. What is a positive quality in a depressed market? A good salesperson, who knows how and when to put a good face on a tough situation.