What’s on the tourism menu?

The diversification of tourism in Lebanon

Whether it’s summer resort towns like Bhamdoun, Aley, Zahle or Dhour Choueir which began to flourish in the 1940s – and were frequented by both local Lebanese escaping the heat of Beirut and international tourists from Egypt or Arab Gulf countries following the oil boom – or the coastal city of Beirut, which became a glamorous beach and clubbing destination for jetsetters in the 1950s and 1960s, tourism has traditionally been considered one of the main contributors to Lebanon’s GDP.

One major prerequisite for tourism is internal stability and security, and whenever those two would be absent from Lebanon, so were the tourists. However, on every occasion, tourism would later bounce back with the first signs of security returning to the country. Currently, Lebanon is passing through its second longest tourism slump (following that of the Lebanese Civil War) starting with the onset of the conflict in Syria in 2011 and the inevitable security incidents that it has since brought to a number of Lebanese towns and villages.

According to figures from the Ministry of Tourism, 2010 – considered a record year for tourism in Lebanon’s recent history – saw 2,167,879 tourists enter Lebanon. The number of tourists who visited the country in 2015, 1,517,904, is down from the 2010 high but is still considered a minor improvement from the previous two years.

While citizens from Gulf countries typically made up the lion’s share of tourists to Lebanon, in 2015 they constituted only 32 percent of total visitors, a fact which negatively impacted tourist expenditure in the country.

Pierre Achkar, President of the Association of Hotel Owners in Lebanon, told Executive in late May 2016: “There is an ongoing ban on citizens of the Arab Gulf visiting Lebanon. These tourists had the most capacity to spend money in Lebanon and usually stayed for a month here, whether in their own properties or in hotels, but either way they spent in the country and revived the local economy of cities they stayed in.”

The mayor of Bhamdoun Mhatta, Osta Abu Rjiely, recalls years – giving 2008 as an example – when the town’s main road was crowded with Kuwaiti families and retailers from Beirut would rent shops in the town for the summer to benefit from the flow of tourists.

After almost five years of downturn, stakeholders in the hospitality and tourism industry are finally accepting that it will be a while before tourists from the Arab Gulf return to Lebanon.

Cities and towns that were traditionally reliant on tourists from the Gulf are now almost completely deserted. “Bhamdoun is very attractive; we have great weather, we have beautified the main street, we have a one of a kind children’s playground and a parking lot with capacity for 600 cars on the main street. But our customers, the people from the Gulf, are not coming to Lebanon, so what can we do?” asks Abu Rjeily.

Instead, those in the hospitality and tourism industry are trying to identify alternatives to Gulf tourists, be they local Lebanese looking for a staycation – a vacation in one’s own country – or expats returning to the country to visit their families.

Indeed, the Lebanese have become Lebanon’s new tourists. “Today we are working to compile statistics on expats coming to Lebanon because the UNWTO (United Nations World Travel Organization) considers expats as tourists when they are out [of the country] for more than three months,” Tourism Minister Michel Pharaon told Executive late last year.

All those in the hospitality sector that Executive spoke to recently say the majority of their clients are Lebanese. “At the beginning, all of our guests were foreigners, mainly Westerners. Nowadays, half of them are Lebanese people residing in Lebanon,” says Orphee Haddad, founder of L’Hote Libanais, a network through which tourists make reservations for alternative lodgings, such as boutique guesthouses, in Lebanon.

Guests at their house

Catering to the Lebanese requires a different playbook than the one used with tourists from the Arab Gulf, who were attracted to conventional touristic activities such as beach outings and partying in Beirut or enjoying family time in breezy summer mountain resort towns such as Bhamdoun or Broumana. 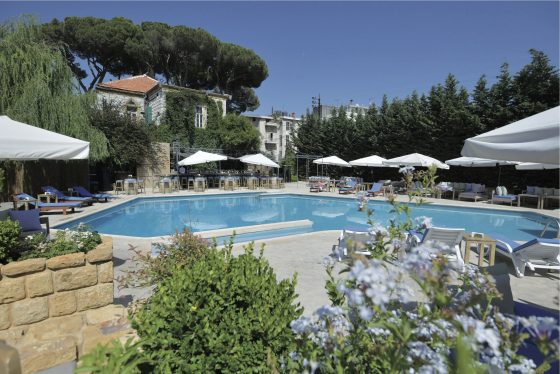 Broumana makes the most of its mild summer temperatures (Photo: Greg Demarque)

Tourists from the Gulf had different lodging patterns than the Lebanese; even when vacationing in a summer resort type of village they would usually prefer to rent an apartment large enough to accommodate their family and staff than book a stay at a guesthouse, a type of accommodation prefered by those living in Lebanon and looking for a weekend escape. Tourists from the Gulf were also less likely to be interested in wine tourism than local Lebanese.

Getting the Lebanese interested in discovering their country meant seeing old or commonly known sites through a new lens and, as such, Lebanon’s natural, historical and cultural assets were once again placed under the spotlight by promoters of the hospitality and tourism industry.

Even before the Ministry of Tourism officially adopted the ‘Live Love Lebanon’ campaign in 2014 – a social media campaign started by Live Love Beirut that highlights the different aspects of Lebanon, from nature to food to architecture through beautiful images shared by users – it seemed the Lebanese were waking up to what their country had to offer beyond Beirut and were keen to discover it.

Boutique hotels in rural areas such as Jezzine, Ehden, Beiteddine and Tyre began popping up on the local tourism map starting 2013, showing that private investors were already seeing the potential in rural escapes. Such logdings were soon reporting full occupancy, driven mainly by European and Lebanese tourists, and had waiting lists for the four months of summer, all the while many of Beirut’s five star hotels were bemoaning their empty rooms, as reported in an article published by Executive in 2013.

Meanwhile, environmental tourism has been gaining momentum since 2005 with venues such as Eco Village and hiking groups such as Vamos Todos that were popularizing outdoor activities among the youth.

Wine tourism grew in parallel with the opening of new wineries in Lebanon. Chateau Kefraya and Chateau Ksara, considered the largest in Lebanon by production size, receive an average of 35,000 visitors per year to their respective wineries. 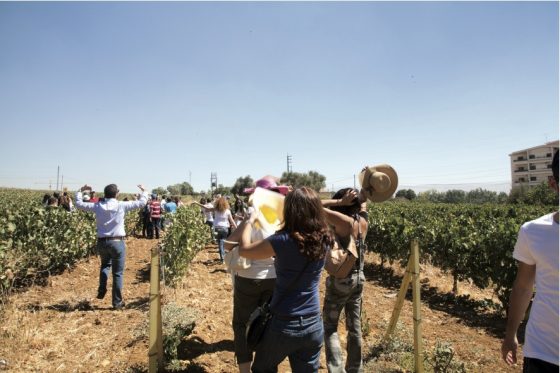 Wine tourism is more popular with locals than with people from the Gulf (Photo: D.R.)

Health and wellness tourism was also introduced to Lebanon through the Wellness Week at Edde Sands Hotel and Wellness Resort in 2009 and through similar efforts such as Zenotel’s retreats and yoga weekends (Zenotel is a wellness hotel which opened in Bhersaff, near Bikfaya, in 2013).

While alternative forms of tourism were already being practiced to some extent around the country, the Ministry of Tourism’s five-year rural tourism strategy, launched in 2014 with the support of international NGOs and governmental organizations such as USAID, provided them with a more structured framework. The strategy includes working with municipalities in remote areas of Lebanon to develop their natural touristic assets and infrastructure in a manner that would appeal to visitors.

“The emphasis we placed on [rural tourism] created a trend which worked incredibly in the summer, even more than we expected it would, but in fact it’s the young people who began to look at it,” Pharaon told Executive in 2015.

“All local social media pages are now promoting Lebanon as a beautiful place. What’s happening lately is an indirect positive brainwashing of society to stop focusing on negative things and to choose to love your country because it is a beautiful one whose value we don’t know of until we travel,” enthuses Anthony Rahayel, founder of No Garlic No Onion, Souk El Akl, The Box and Meshwar, initiatives which have helped promote rural Lebanon and local village food products. Rahayel adds that more youth are now eager to discover Lebanon, finding it a “trendy” thing to do.

[pullquote]While alternative forms of tourism were already being practiced to some extent around the country, the Ministry of Tourism’s five-year rural tourism strategy launched in 2014…provided a more structured framework[/pullquote]

Still under the umbrella of rural tourism, the Ministry of Tourism is now turning its attention to supporting religious and cultural tourism in Lebanon.

As Nour Farra, consultant for religious tourism at the Ministry of Tourism, explains, this form of sightseeing is not new in Lebanon. Our Lady of Lebanon in Harrisa is one of the most visited attractions in the country, says Farra.

In fact, the Center for Religious and Cultural Tourism was developed to promote these forms of tourism in collaboration with the Ministry of Tourism back in 2010, but its work stopped due to political reasons, according to Farra. Today, Pharaon is reviving the center, taking the placement of “Our Lady of Mantara” in Maghdouche on the United Nations World Tourism Organization’s World Map of Religious Tourism on June 7 as an opportunity to announce the reopening.

Farra says the potential for religious tourism is huge and adds that there will be a conference in November to further grow the sector. 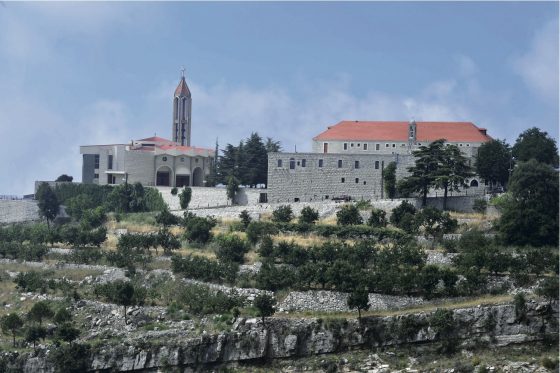 June also witnessed the second meeting of the Working Group of the Phoenicians’ Route Cultural Tourism Programme. While still in its infancy stages, the program aims to connect the cities of the Mediterranean in terms of shared culture and history. “We are upon an unprecedented occasion to revive the identity of the Mediterranean and its tourism sector so that all societies in the region can capitalize on the immense opportunities that it brings to 18 participating countries and tourism destinations across more than 2,800 kilometers in terms of economic development and job creation,” UNWTO’s General Secretary Taleb Rifai said during the working meeting.

Although forms of alternative tourism are still in their early stages and currently based mainly on local tourism, there is real potential within each subset of the sector given the right development strategy and most important and inescapable of all: stability and security in the country.

Great article! One most needed as the country struggles to re-position itself. As an expat , one observation that is very commonly heard is MEA is falling very short of providing a suitable first impression to any visitor . We need to expand our network, provide better fares, and mostly overhaul its management in order for it to encourage visitors to Lebanon.