With the hospitality sector at home stalled, some find opportunities abroad

As conditions for the hospitality sector in Lebanon remain stagnant, more and more entrepreneurs in the field are exporting their concepts to greener pastures abroad. While successful restaurant concepts have been expanding to the Gulf and Europe for the past decade, mostly serving the Lebanese community there, these past few years have seen nightlife venues also make this growth.

Dubai, with Expo 2020 looming in the horizon, over 60 hotels in the pipeline for the next two years and a substantial Lebanese working community, is the natural choice for these enterprises. Expansion to the Gulf is also the perfect strategy as it provides complementary seasons, being more active in winter while Lebanon’s traditional peak season is summer.

Executive sat down with the founders of two of the main enterprises leading the Lebanese nightlife growth in Dubai. 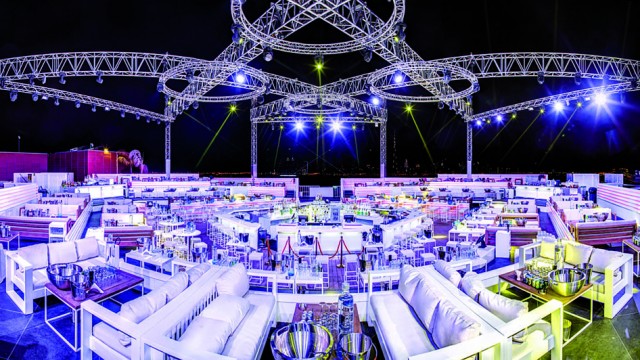 “Basically whenever you do a good outdoor concept in a good location with the right PR, people and music, it will work,” says Jaber, adding that this year Add Mind will be focusing on attracting more international talent to their clubs in Beirut.

Jaber is hoping many expats will return to Beirut this summer, which in turn, will encourage the tourists from the Gulf to come visit. “We now work in Beirut on weekends but we need it to be like three years ago when we were working seven days a week and were full,” says Jaber.

Add Mind’s plans for this summer in Lebanon are to open all their outdoor venues and beach clubs — such as Iris Beach and Bonita Bay — with their team from Dubai on location, in an attempt to bring an international flair to the staff in Lebanon. They will also possibly be operating a beach club in Beirut.

Long term plans for the company in the country also include a new concept next year, part of a new hospitality development in Antelias, which will feature many venues in one park-like space. After this, Jaber says there will be no further expansions in Lebanon as the company has enough venues in the country and their focus in on Dubai, especially in the winter season.

According to Jaber, Add Mind has been planning to invest in Dubai for the past five years, wanting a leg-up in what they see as a booming city. “Dubai is close to Lebanon and we have good PR since we know the Lebanese community there well,” says Jaber.

When Add Mind opened their first venue MAD in Abu Dhabi back in the year 2000, Jaber says it was a bit more difficult to operate than it is now that they’ve built a name for themselves in the country. Last year, Add Mind opened Iris Yas Island, Abu Dhabi, three days before the Formula 1 races took place there, and it did wonders according to Jaber. Though Iris Yas Island is still performing well on weekends and theme nights, Jaber sees Abu Dhabi as a completely different market to Dubai when it comes to nightlife as there are more tourists there and more Lebanese who want to go out.

In Dubai, Add Mind started two years ago with the White Room, a ballroom they transformed into a club on a weekly basis, and then moved White to Midan Hotel when the outdoor season started. Iris Dubai, on the 27th floor of Oberoi Hotel overlooking Burj Khalifa, followed a year later and is full seven days a week.

Add Mind’s name recognition from Beirut made them an immediate success with Dubai residents of Arab origin in general, and the Lebanese community specifically, who were used to partying in their Beirut venues. Since White was one of the first outdoor clubs in Dubai, it attracted a multinational crowd though its main clients remain Arabs. “It’s full every weekend and the people waiting at the doors from 11 to 3 are more than the people inside,” says Jaber. White Dubai is even larger than White Lebanon. While Iris, with its loungy appeal, also attracts a multinational crowd during the week, on weekends it mainly caters to Egyptians and Lebanese.

The team plans to open a few more venues in Dubai in the years to come. “The good thing about Dubai is that as much as you see it booming now, there are a lot of concepts that aren’t there yet and have room [to grow],” says Jaber, adding that they are considering different bar concepts such as cozy small bars which Dubai lacks at this time.

Jaber says there is still room for concepts by Lebanese in Dubai, as the Lebanese understand each other and know how to cater to their community. “Lebanese still go for different concepts but, in the end, they want to be where the other Lebanese are and so end up at Lebanese owned venues,” says Jaber. The main difference in operation between Dubai and Lebanon is that Dubai is more regulated, with rules such as closing times and capacity limits. “This is good because it gives you structure and there are no unexpected surprises or problems in that aspect such as is in Lebanon,” says Jaber.

The challenge for Add Mind now, according to Jaber, is to maintain their level of success. “We have to come up with new ideas and ways to maintain our clients because competition is high,” says Jaber, giving the example of five other outdoor venues opening a few months after they opened Iris.

Add Mind is considering other areas in the region for expansion such as Egypt or Morocco but their focus is remaining on Dubai which they believe is the best place to be at the moment. 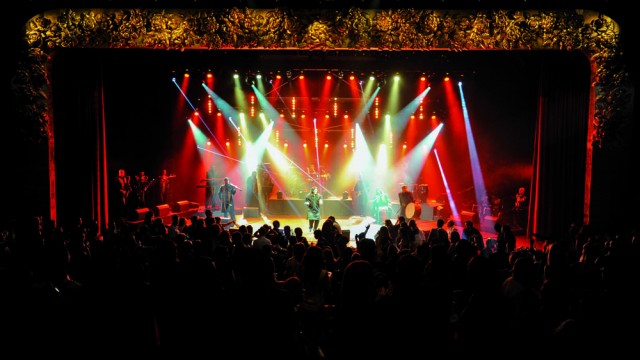 Music Hall’s live shows are now in Beirut and Dubai

Michel Elefteriades, founder of Music Hall, maintains that the situation in Lebanon is not as drastic for the leaders in the hospitality industry as it is for non-professionals in the field. “They used to have 500 hundred on the waiting list, they now have a hundred but they are still full.”

The outdoor Music Hall opened last year, a year considered to be slow for hospitality in the country, and was full to capacity with an extensive waiting list that caused Elefteriades to expand the venue this year to maximize on profits during the short summer season.

“Every good businessman has a plan to grow and expand his business,” says Elefteriades, adding that Lebanon has room for only one Music Hall and so it was natural that he exports the concept, especially since there is a demand for it. “I know that it can do very well abroad. Some concepts do very well in a certain country but may not perform as well in a different country — either because they are culture specific or because they rely on the great location they have in one country — but not Music Hall,” says Elefteriades.

Elefteriades says Dubai was planned for 2008 but was put on hold due to the economic crisis that hit the country back then. It was, according to Elefteriades, chosen as the first location for an exported Music Hall because it is the only country that has a good nightlife and is worthy of investment in the Arab world, aside from Lebanon.

However, Lebanese expats only make up 10 percent of Music Hall’s clients in Dubai, and Elefteriades says this is not a coincidence. “For the shows, I take into consideration the ambiance of the country I am in. I always have one Lebanese performer in my line up but, in the end, I am not opening a place for the Lebanese community but more of a cosmopolitan place. Even in Lebanon, the international community makes up 20 percent of clients every night,” says Elefteriades.

Elefteriades says he finds operations in Lebanon easier because he has a good reputation and a well-known name in the country, but in Dubai this is unfortunately not the case, making things a little harder. For Elefteriades the strength of Music Hall is a well-disciplined, well-crafted show with a strong build up and solid performances. A well-experienced team is also a must for Music Hall. “What I do when I open a new Music Hall is I only use the same people who were working in other Music Halls for a year. Those who were in the management team during the Dubai opening were in Beirut’s Music Hall for years and so have our culture and knowhow, and our approach to things,” he says.

Elefteriades believes that Music Hall could do very well in many places and says he has been approached for franchises in many countries, as far off as Brazil, but he is not interested in franchising his concept at this point.

He was offered a location in Egypt but says that he hasn’t given his answer yet as he is looking more towards Europe and considering locations in Berlin and Paris. Music Hall will be opening in London within the year and Elefteriades says that although Europe is known for its live music, these countries do not have the line up of artists with different backgrounds and cultures, nor the build up and development that Music Hall is known for.

Open the doors of Parliament