The urban Middle East is perhaps better known for its dusty cities than for its flora. But Lebanese design and technology company Green Studios is carving out a garden empire one building at a time thanks to a patented technology that allows vegetation to grow on walls and on rooftops under regional climate conditions. Since they founded the company in Lebanon in 2009, their concept has begun to take root in the Middle East and North Africa region, and they have plans to bring their gardens across the Atlantic.

[pullquote]in their system, plants can survive without water for up to three days in harsh environments such as deserts, and as much as a week in milder environments.[/pullquote]

In hot climates such as the Gulf, growing greenery is tough business. With the brutal heat necessitating an abundant supply of water in order for plants to survive, growing a garden is a rather unsustainable endeavor. “We wanted to develop something that is applicable to super-hot [climates],” says Jamil Corbani cofounder and CEO of Green Studios. Together with cofounders Zeina Kronfol, a landscape architect, agriculture engineer Oliver Wehbe and architect Marc Abihaila, they set out to find a way for plants to grow in the desert.

Green Studios uses hydroponics, a technique of growing plants without soil in a mineral nutrient solution, which creates a multi-layered skin allowing the flora to grow on rooftops and walls. Hydroponics reduces the quantity of water needed for plants to grow and Corbani boasts that in their system, plants can survive without water for up to three days in harsh environments such as deserts, and as much as a week in milder environments.

There is a smart component to their technology. Each layer of the skin is distinct in function, with the core layer acting as an irrigation network, explains Corbani. The skin reacts to the outside temperature and distributes water and nutrients as needed. “It contains sensors and nano-sensors that measure humidity, temperature, acidity, electro conductivity and stuff like that, that are vital to plants’ health,” he says. The sensors transmit data to an electrical board which directs pumps to go on and off, pumping water and nutrients into the sponge.

The green innovators got their first patent for the skin in Lebanon in 2011, and according to Corbani are in the process of receiving patents in the United States for the updated version of the skin and system, which they are registering as different parts, and which they believe will provide better protection internationally than their patent filed in Lebanon. Besides having filed these two patents in the US, the company has another three or four ready for filing, according to Corbani. He claims that they intend on applying for new patents in the States as they continue to innovate.

To support their push toward innovation, they are in the process of opening a new SAL company, which will focus on the technological side of the operations. To be named Global Dispatch, it will fall alongside the original Green Studios — which will continue to create new designs — under Green Studios Holding, which is to be the second new addition to the family. Corbani anticipates that Global Dispatch will play an important role for the company in the US in the future. 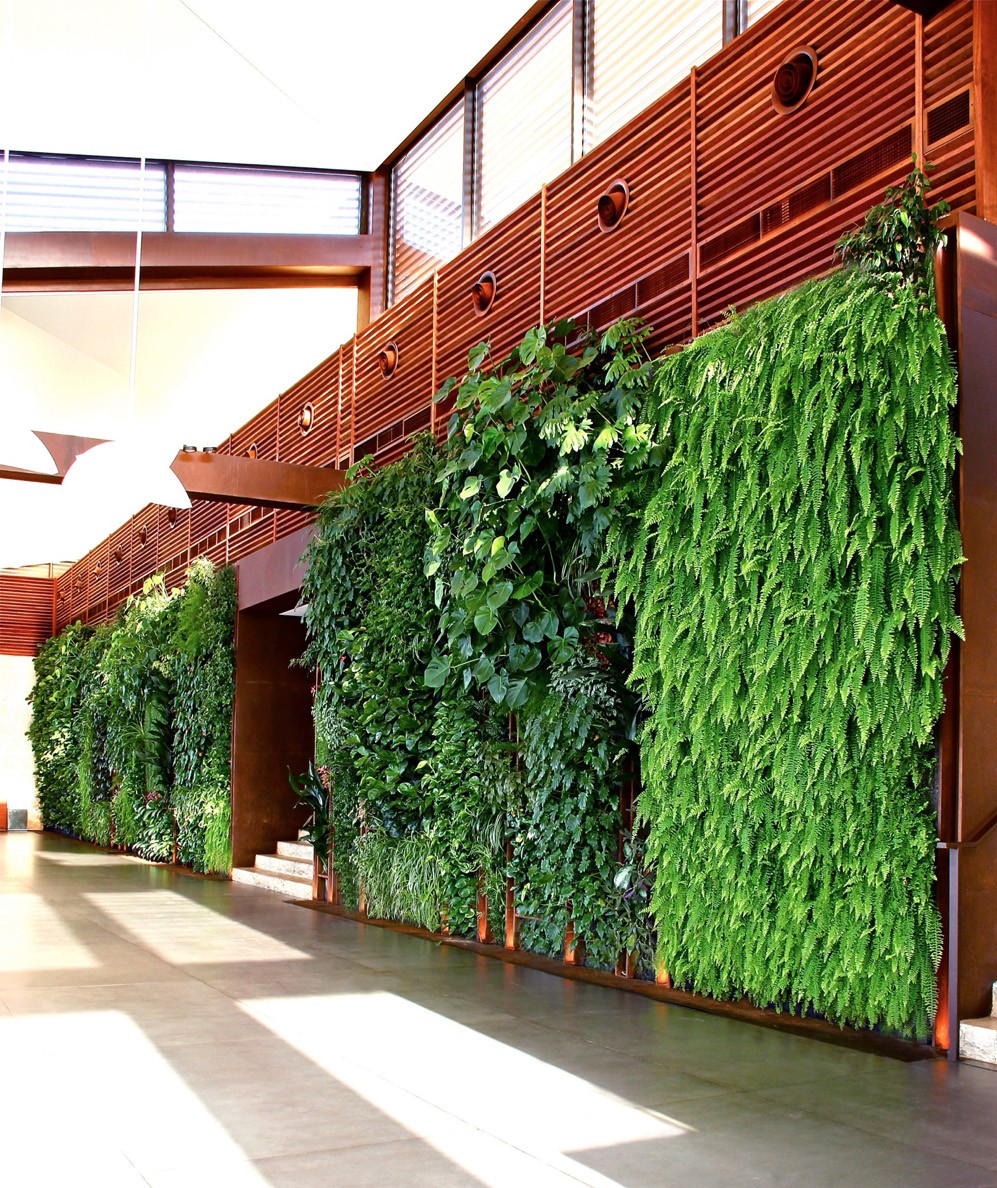 A waterfall of greenery

Rise of the plants

Since their beginnings five years ago, Green Studios have clambered from a startup to become a visible presence both in Lebanon and in the region. When Executive last profiled the company, they had just submitted a bid to design a green roof for the Banque du Liban’s Hamra headquarters, a project commissioned jointly by BDL and UNDP-CEDRO, the United Nations Development Programme’s Country Energy Efficiency and Renewable Energy Demonstration Project for the Recovery of Lebanon. At the time of winning the BDL pitch, Green Studios had between eight and 10 projects in Lebanon, now up to a current 30 projects, six of which are in the region.

The BDL project, completed in 2013, brought them serious credibility under the watchful eye of the UN. “You had the whole of the UN body evaluating you on all levels – technically, everything. So we got an excellent score from the UN.” Green Studios were also selected to become part of Endeavor’s network at the 52nd International Selection Panel in Indonesia last February.

Besides building their reputation with international organizations, the company achieved tangible successes both locally and in the region. In Lebanon, recent achievements include their nomination by Herzog & de Meuron, a Pritzker Prize winning Swiss architectural firm, to install a green wall for Beirut Terraces. They have also been granted a project to build a green wall for residential project Raouche 1090 which Corbani claims will be the biggest outdoor green wall in the Arab world. Regionally, they have executed four projects in Cairo since 2013, amongst them a project with Egyptian holding company Raya Corporation, which is listed on the Egyptian stock market. They are currently pitching for dozens of projects around the region, but since these deals have not been closed, Corbani could not go into the details.

The current shareholders are the four cofounders and two other team members. The ownership is scattered: cofounders Corbani, Abihaila, Wehbe and Kronfol at 48, 20, 10 and 10 percent respectively, with Karim Corbani at 9 percent and Rawan Zarour at 3 percent. They are looking for a round of angel funding for their expansion in the Arab world to the tune of $1.5 million, according to Corbani, which will dilute the shareholder base.

Corbani was perhaps most excited when he spoke about the company’s planned expansion into the US. To inaugurate their shy expansion into the US market, they will be exhibiting at the American Society of Landscape Architects’ annual meeting and expo in Denver, Colorado, in November. “We are going to look at other players, what are they doing, get a feel of the market, and exhibit as well, who we are, what do we do, what is our philosophy, what is our product, and our patent.” According to Corbani, they plan on leveraging their growth in the Arab world to inject more capital into their business in the US.

Though he acknowledges that Green Studios has a few competitors in North America, Corbani is confident that there will be space for the company. “The market is still virgin, there is room for more players to come.” Moreover, the CEO seems convinced of the inherent worth of Green Studios’ technology. “What we have in hand is something completely … it’s the future. By all means, it’s the future.”