A photo essay of Hamra’s vendors

A street is more than just well known physical landmarks. It is more than buildings and favorite outlets. A street is also made up of familiar faces: people you say hello to or nod to on a daily basis. Such faces become part of the urban fabric and in turn, they come to know the street in a different way than analysts or academics do.

Executive sat down with a selection of these familiar faces to learn more about their stories and what they see as Hamra Street’s best moments. 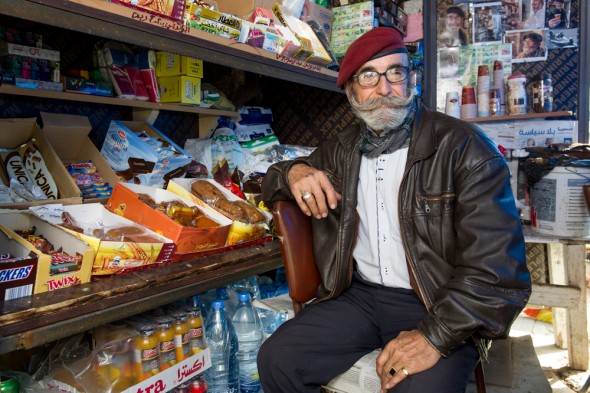 Profession: owner of a coffee stand on Wardieh Street, Hamra
Years in Hamra: 50
Abou Farouk recounts how as young men in the 1970s, he and his friends could not afford the prices of Hamra Street’s sidewalk cafes, yet they enjoyed just walking on the bustling streets, taking in the diverse crowds and enjoying the lights. “Hamra was a street that never slept, it was always busy!” 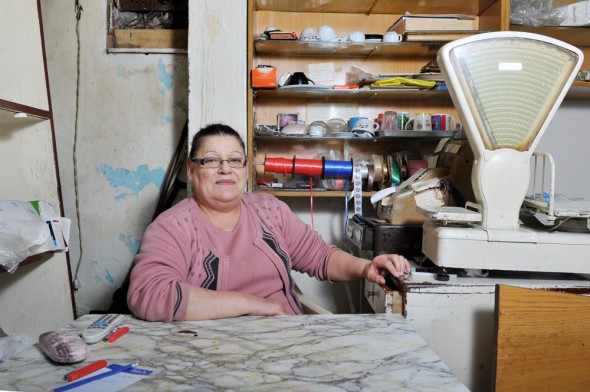 Profession: operator and chef of Ramona pastry shop on Sidani Street
Years in Hamra: 50
Khoury talks with pride about how the most elegant and refined people on Hamra Street would buy her croissants, cakes and desserts, which were still relatively new to the area. “I feel sad for what Hamra is today. It used to be such a chic street with the best cinemas and cafes,” she says. 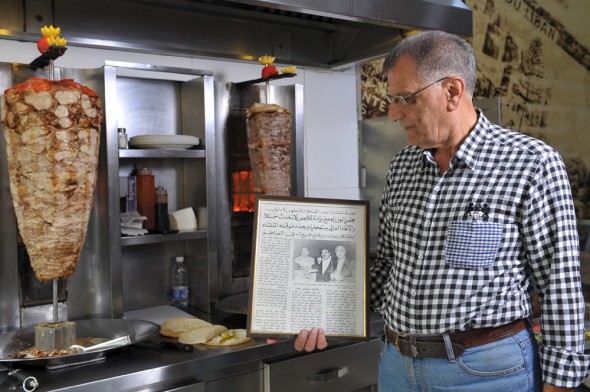 Profession: owner of Malek El Batata
Years in Hamra: 46
Mujaeiss is most proud to have called Rafik Hariri a customer of his.  “After [Hariri] was featured in a newspaper photo eating at my venue, customers would pour in asking to be photographed in the same spot,” he recounts. 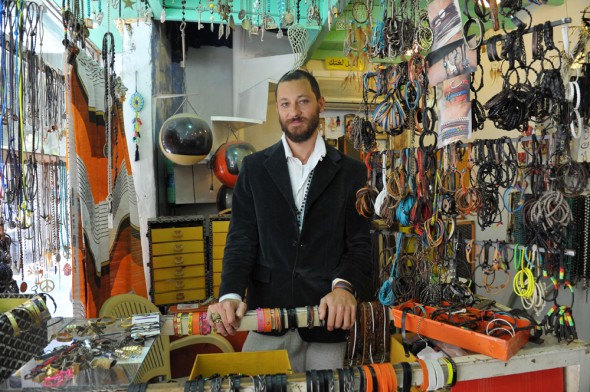 Profession: jewelry designer and owner of Henry’s Handmade
Years in Hamra: 18
Loussian laments the changes in Hamra over the past 10 years, saying that it has become much more commercial with chain restaurants, argeeleh cafes and bars replacing the “cultural aspect of Hamra” such as bookshops, theater life and more authentic coffee shops. 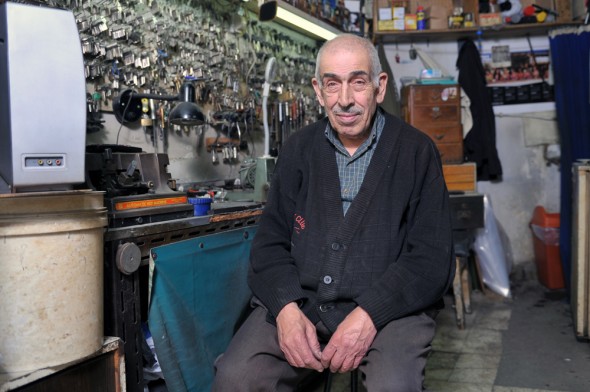 Profession: key cutter
Years in Hamra: 40
Kayaian recalls how, in the 1960s, he and his friends used to dress up elegantly in a neck or bow tie to visit the cinemas on Hamra Street, where they used to pay half a lira to watch the show. He also remembers how they would go ice skating in the basement of the Commodore Hotel, which had the first ice skating rink in Hamra. 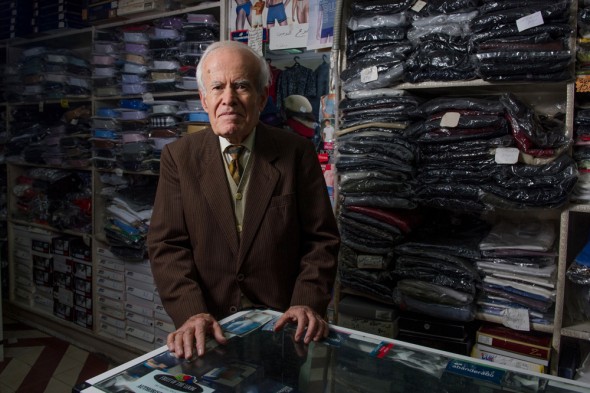 Profession: tailor and retailer
Years in Hamra: 35
Makki laments the changes in architecture in Hamra Street, recalling how it was full of trees, well designed buildings and villas that were four stories high at most. “Today it is full of empty towers,” he says. 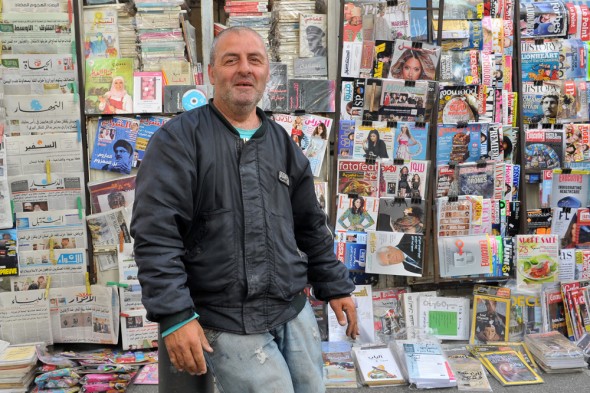 Profession: owner of a newspaper stand facing Costa Coffee
Years in Hamra: 25
Hasan recounts how Arab film stars frequented Hamra Street for its nightlife and how one time, Adel Emam, one of Egypt’s most famous actors, bought a newspaper from his stand. “My customers today are all above 60 years old. The young generation does not know the pleasure of reading a newspaper, they prefer their gadgets,” he says.

Hello
a very nice article!
a small comment though, the 6th person (2nd from the last) is my dad’s direct cousin. he has been in Hamra for around 45 years and his name is Haidar not Hassan :)

Dear Ahmad,
Thank you for your comment and for your correction. We fixed this mistake.