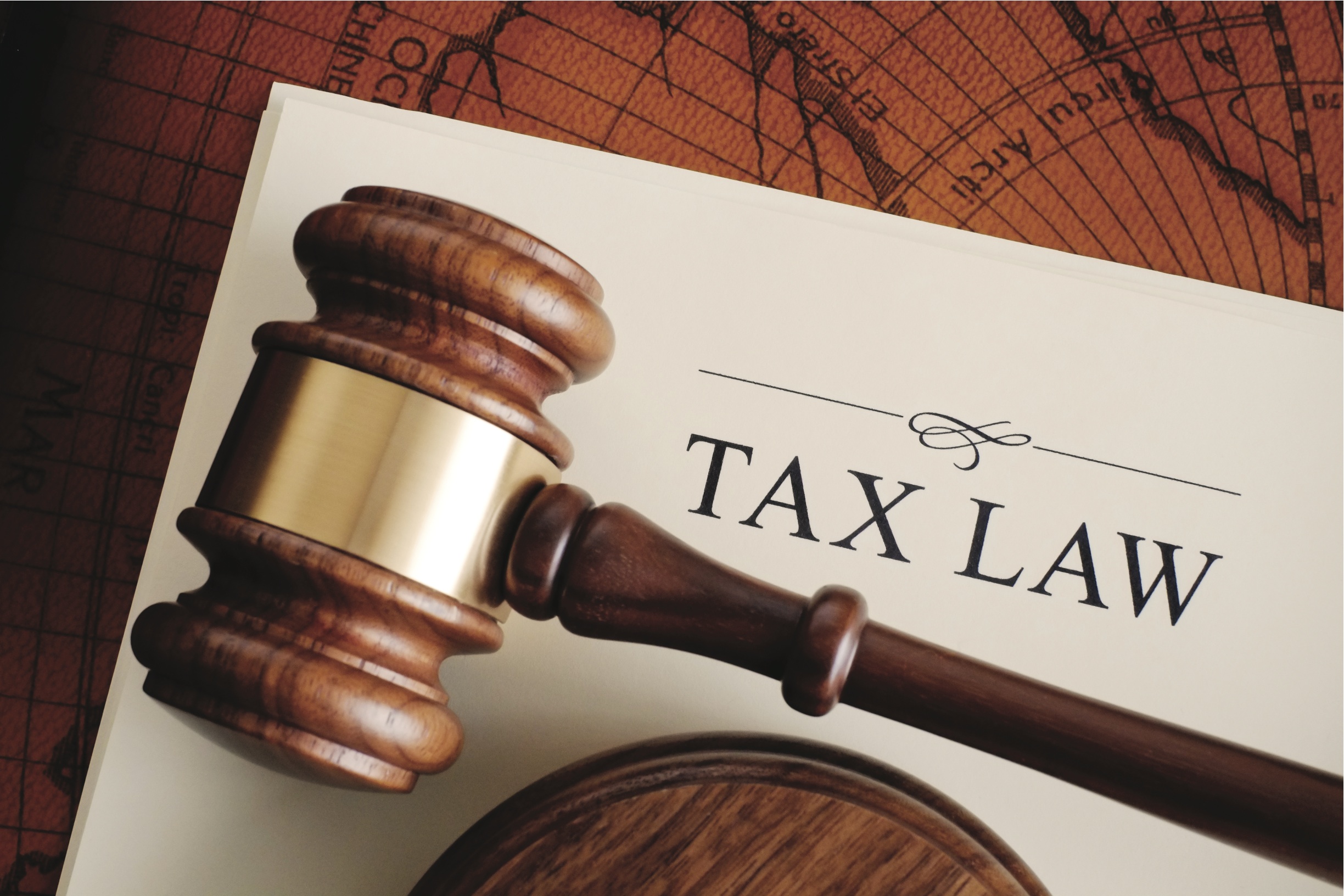 The roundtable covered in this piece was dedicated to economic angles of fiscal reform and taxation. Thus, in the context of Executive’s mission and coverage focuses, both it and the accompanying sixth roundtable on financial reality were a hardcore expression of this magazine’s existential paradigm to cover the Lebanese economy to the best of its ability. Both roundtables were conducted on November 21 under sole content authority of Executive editors.

The discussion brief for the fifth roundtable stipulated that participants would be discussing ways to shift to redistributive taxation structures, to identify opportunities to tax economic rents with no detrimental impacts on overall economic participation, to improve tax collection in fair and equitable ways, and to introduce new transparency to fiscal and tax institutions.

On taxation and fiscal reform

The roundtable on the implementation of the fiscal reforms and taxation entailed a pivot away from highly technical tax questions, such as requests for proposals on effective and ethical taxation of economic rents or the implementation of schemes to enable economic transfers from highly developed economic metropolises to disadvantaged communities. Questions at the table re-focused on participants’ recommendations for fiscal reform measures, on the best and most fair approach to the taxation of banks, and on ways to migrate toward more efficient tax collection, to increase the ability of productive sectors to comply with international market requirements, and to achieve more formality in the economy.

As a baseline of the fiscal reforms and taxation roundtable, participants had zero disagreements in saying that Lebanon in recent years—and in context of 2019—has shown no evidence of any fiscal policy, but that fiscal actions have been comprised wholly of fiscal measures without any discernible vision or strategy. Haphazard measures in recent years were aimed at increasing state revenues through tax law revisions (e.g. 2017), but were implemented without necessary impact assessments. Equally undisputed were comments that taxation policies—which over years were only adjusted in minor ways, even when the national value-added taxation program was enacted from 2002—needed to pivot from indirect and regressive to direct and progressive. A shift from indirect to direct taxation would favor social equality.

It was depicted as prudent to recognize that personal and corporate incomes in Lebanon are taxed rather mildly in international comparison.

However, the organization of society toward being more inclusive and fair would also have to come with behavioral reforms of the economic system whose current structure supports rent seeking, wealth-derived gains, and the concentration of wealth under strong protection for rich individuals.

Strongly criticized were taxation decisions in the 2010s that were described as reallocations of market-generated incomes to the “black hole” of an increasingly unproductive public sector. Less than universally agreed, however, were the perspectives which participants espoused in assessing existing realities of poverty prevalence versus the concentration of wealth in the country, the most appropriate ways to gauge banking performance and profit rates achieved in the sector, and productive paths for ethical and efficient taxation of incomes and economic rents.

Arguments that private concentration of deposits in bank accounts was extremely high were challenged with reference to Lebanon’s banking secrecy, which was argued would not facilitate collection of such information for the entire banking sector. Disagreement over the right approach to taxing bank profits—juxtaposing nominal profit levels of Lebanese banks in recent years with the return on equity ratios highlighted by bank economists—also remained very noticeable.

Advocacy for the general removal of banking secrecy in the Lebanese system was voiced as the path toward income transparency and removal of tax evasion incentives for individuals in the liberal professions who engage in diverse economic activities and hold several bank accounts, but do not declare all their incomes. Also proposed was to increase pressure to implement tax compliance of companies that operate on the border of informality by not paying their dues, ranging from VAT and corporate income taxes to national social security fund contributions for all their employees. It was argued that the enhancement of governance in tax collection and fight against tax avoidance should be achieved before attempting a discussion on the economic order of Lebanon, including questions over the desirability of a welfare state or an economy with a very large public sector.

With regard to the question of the economic system and the course of Lebanon, it was argued that a very big problem in the country existed in having governments but not an efficient state. The apparent dwindling of the Lebanese middle class in the past 30 years and the continued influence of militia structures and militia persons who had been able to transition into political roles were pointed to as other obstacles in need of remedying in order to achieve a more effective state. Furthermore, voices around the table drew attention to the need of achieving a balance of private sector growth and implementation of laws by an empowered state. A participant argued that unfettered activities of the central bank and commercial banks had led the country to the difficult place that it found itself in this year.

Attesting to the necessity of looking beyond taxation when seeking to address social inequality and poverty prevalence in Lebanon, several participants emphasized the importance of social expenditures from quality spending on education and health to liberating the poor from cost burdens and improving the labor market. It was further emphasized by participants that young companies with growth and job creation capacities are faced with taxes and levies that do not make sense and, suffering greatly under indirect taxation burdens, are in want of government policies and incentives that compensate them for their contributions to economic opportunities and keep them in Lebanon.

Besides acknowledging the problems of persistently regressive taxation and the need to change these practices, it was depicted as prudent to recognize that personal and corporate incomes in Lebanon are taxed rather mildly in international comparison. The major challenge in the fiscal constitution from this perspective are problems on the other side of the fiscal balance sheet, such as irrational hiring in the public sector, indiscriminate expenditure, haphazard spending, and other wasteful deficit drivers. Participants argued that increasing expenditures and heightening deficits led to higher interest rates that blocked economic growth, on top of which the long existing exchange rate peg and low productivity made Lebanon noncompetitive. This malaise was further exacerbated by absence of business friendly regulations, weakening in the Gulf markets, the conflict in Syria, and the Lebanese government shift to borrow in US dollars. All this was contrasted with governmental economic rescue propositions that were badly insufficient.

There were divergent views on whether wealth in Lebanon is highly concentrated or not to the extents believed by some.

It was acknowledged around the table that tax policies need to incorporate elements of societal guidance and be grounded in a national economic vision on what sectors in the economy should be promoted and how spending of fiscal revenues should be targeted. In the case of Lebanon, participants noted that this translates into a question on how to move from an extractive economic model to an inclusive one.

A resurging factor of irritation and divergence in the discussion arose from the—universally acknowledged—lack of reliable data on the Lebanese economy and the actual performance of its economic agents. Insistence on the deficiency of hard data in areas ranging from poverty to income concentrations was juxtaposed with passionate emphasis of visual evidence of high poverty levels, for example. There were divergent views on whether wealth in Lebanon is highly concentrated or not to the extents believed by some. In the perception of Executive, this discussion once again pointed to the utter importance of initiating a national socioeconomic census under any government seeking to design policies that can achieve socially meaningful targets.

Concrete measures in the area of taxation needed to involve closing tax loopholes by reforming the frameworks under which offshore companies operate, unifying income tax, and simplifying tax codes, it was suggested. Newly anchoring the system on progressive taxation was a priority need in the perception of numerous participants. Other areas of note from a taxation perspective according to participants were succession taxes and the need to make the entire tax and fiscal system more transparent to tax payers. In this and other regards, digitization and introduction of e-government functionalities was viewed by participants as an enabler for improvement.

Application of essential rules on tax equity—such as taxing personal or corporate incomes equally and protecting tax payers from arbitrary changes in their tax burdens—was emphasized in the discussion, as was the importance of taxing productive sectors and banks on basis of principles of equality and fairness. Emphases for fiscal development were reiterated as restructuring of expenditures and elimination of wasteful practices in the public sector. The fiscal mission was described as a combination of moving from waste to productivity in the public sector, reducing the public sector, putting public finances in order by fighting tax evasion, increasing transparency, and instituting internal auditing as a constituent factor in public and private sector economies.

The majority of participants did not think that experiments with new public sector entities aimed at better management of economic cycles, such as a publicly-owned investment bank, would be applicable given Lebanon’s over-politicization of political economy institutions. Issues such as the idea of a digital currency under central bank management, as discussed in some countries, were not perceived as being of current importance for Lebanon.

In evaluation of the overall fiscal and taxation discussion, and in the conclusion of roundtable five, participants stated that the public finance problem was also a political problem that originated from the unchecked existence of conflict of interest issues engulfing political actors and that, likewise, the determination of a national government was indispensable for devising practicable solutions in the fiscal and taxation space.