Owners weathering the longest slump yet

From the fifteen year long Civil War which began in 1975, to the assassination of Prime Minister Rafik Hariri in 2005, to the sit-ins in downtown Beirut in 2007 and numerous other disruptions, it seems that Lebanon is always either in crisis or recovering from one.

This roller coaster of stability has had a negative impact on tourism, with the number of tourist arrivals dropping almost every time Lebanon makes the news for a security incident, only to rise again as soon as the situation stabilizes. Khalil Arab, co-owner of Warwick Palm Beach Hotel in Minet el-Hosn, gives the example of how their low room occupancy rates shot up considerably the day after President Michel Sleiman got elected in 2008 and the sit-in in Riad el-Solh Square was dismantled.

It is no wonder then that hotel owners have become almost accustomed to riding out and managing the latest crisis while waiting for the good times – which previously were typically not too far off.

However, the length of the current instability in Lebanon and the region – which began with the conflict in Syria in 2011 and has stretched on with various security incidents extending into Lebanon – has gotten Lebanese hotel owners wondering if they will be able to weather the storm this time.

“Hotels in Lebanon have become seasoned in dealing with crises since we have passed through so much. But this time it has lasted for a very long time and this is causing some establishments who were doing well at the onset of the instabilities, almost five years ago, to reach a critical financial situation today,” says Pierre Achkar, President of the Association of Hotel Owners in Lebanon.

Achkar does admit that the past five years have not been all bad. Summer 2015, for example, got off to a good start tourism-wise until the waste management crisis late August, which drove sightseers away due to the garbage on the streets. He says that the type of tourism to Lebanon has changed, with the average length of visit shorter and the spending power less than it used to be.

“What has changed is the nature and style of tourism with citizens from the Gulf no longer being the main tourists of Lebanon. These tourists had the most capacity to spend and usually stayed for a month in Lebanon, whether in their properties here or in hotels, but either way they spent in the country and revitalized the economy to some extent,” says Achkar, explaining that these days tourists to Lebanon stay for an average of a week.

The need to look good 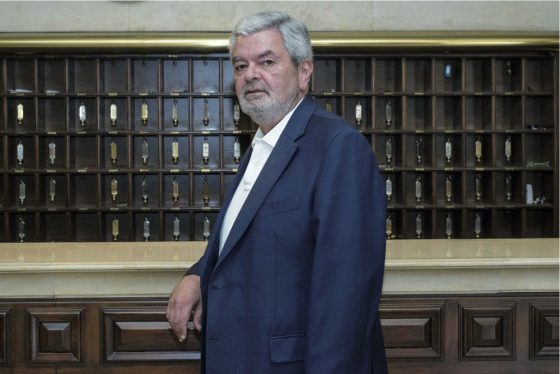 Many Lebanese hotels are finding themselves with few guests and are struggling to meet their operational costs. What compounds this dire financial situation is that many hotels have outstanding loans which hotel owners took for the purpose of renovation or improvement to property – bank loans are only given to cover these expenses and not for operational costs. Achkar explains that these loans are subsidized by the central bank which finances a percentage of the interest that hotel owners owe the bank, and were meant to support new major investments in Lebanon.

Hotel owners with properties that are several years old must renovate and update them, no matter what the situation in the country is, explains Arab, who took a loan of $1.6 million two years ago with his partners to finance the renovations of Palm Beach Hotel’s three restaurants and a later loan of $700,000 to upgrade some of the rooms. “We had to renovate because if we didn’t do so, people would stop coming, thinking the hotel is old and rundown; for them to come they have to see some change,” says Arab, adding that they had chosen to renovate in this period of low activity for hotels in Lebanon so that they would be prepared to welcome guests when the situation improved.

The cost of renovation loans

Getting loans for renovation is easy, explains Arab, as the cost of renovation is very low when compared to the value of the hotel property which the bank uses as collateral. “It was easy to get the loans because we are taking a loan of $2.5 million against a property that is worth $40 to 50 million plus. In our case, the loan was personally guaranteed by the owners so the bank has zero risk,” he explains.

When taking loans for renovations, hotel owners bet on the increased room occupancy and business generated by these improvements to cover the loan payments. But with the situation being what it is in Lebanon, tourists have not been flocking to the country and renovated hotels have not seen the increase in customers they expected. Instead, many hotels have had to manage the payment of their bank loans as well as the operational losses.

Achkar explains that when banks see that a hotel owner has reached a point where, no matter what they do, they cannot pay back their loans, the first thing they do is stop the increase in credits given to that hotel. “This paralyzes the hotel and if the situation in the country continues as is, it can lead to the bankruptcy of some hotels,” says Achkar, while adding that bankruptcy for major hotels with property values in the tens of millions of dollars and upward is still unlikely at this point.

To cover their operational losses, and pay back their debts, hotels have had to tailor a financial plan based on their own unique situation. “There are many hotels in critical financial situations but how they handle it depends on each hotel. There are some who might increase the capital, or who might sell land to cover their debts,” explains Achkar, using his hotel, Printania Palace, in Broumana – where he leased its garden to food and beverage outlets for the summer and as such covered a percentage of his operational costs – as an example of what hotel owners could do to hang on during this rough period.

Achkar urges the Ministry of Finance to support debt restructuring, which he explains as deferring payment of the loans for a longer period, as a way to help hotels manage their losses. “The loan which is supported by the central bank was developed to encourage new investors but today they don’t exist so why don’t you support the existing ones through this debt restructuring?” asks Achkar, explaining that while the decision lies with the minister of finance, there seems to be a sense of apathy in the government towards the risk of big names in the hospitality industry going bankrupt. 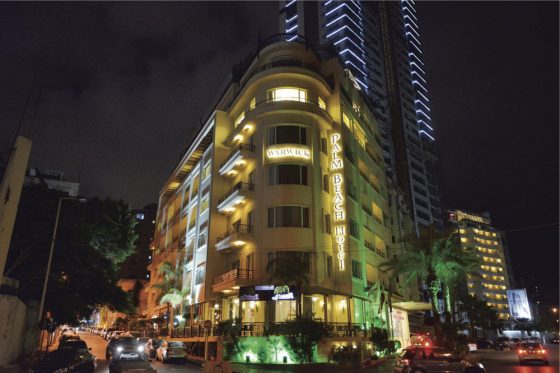 [pullquote]Khalil Arab took a loan of $1.6 million two years ago with his partners to finance the renovations of Palm Beach Hotel’s three restaurants[/pullquote]

When hotels are unable to meet their operational costs or pay back their debts, closure might be the only option for them. However, Arab, who along with his two partners is dipping into his personal funds to finance the operational losses and renovation loans, explains that closure does not come without its own price. “Every time I tell people we are losing, they ask until when and I have no answer for that because the alternative is to close down and closing down means sending home about a hundred employees. Apart from the inhumane aspect, this is also costly for the hotel because we would have to pay compensation for these employees and when things finally get better, you will never be able to find the same quality of staff who have been working at the hotel for about fifteen to twenty years. It is also bad for the reputation of the hotel if it closes down. So you see the alternative is also costly and we are stuck hoping things will get better,” says Arab.

No one knows when or if the situation will improve and the outlook for summer 2016, which will only truly commence in July following Ramadan in June, is still unpredictable as most bookings are made only a few days in advance, explain both Achkar and Arab.

Until then hotel owners have no choice but to hang in there and manage as best as they can for as long as they can.

In conversation with Freddie Baz of Bank Audi