Ask almost any Beirut resident about Summerland Hotel & Resort and they will get a misty eyed look before recounting a childhood memory involving the waterfall “cascades”, clubbing at the hotel’s legendary nightclub or celebrating a wedding on the private sandy beach. The list of memories of this historic resort goes on and on.

Opened in 1978 (in an area that now neighbors Ouzai) by Raja Saab, a prominent businessman, and his family, Summerland quickly became a place where people could stem the tide of worry brought on by the grim reality of the country’s long and bloody Civil War.

Summerland closed in the early 1990s, supposedly for necessary maintenance and upkeep. Today it is finally being reopened – with a totally renovated, modern and luxurious look – under the operation of Kempinski, Europe’s oldest luxury hotel group, which was established in 1897.

The project’s resort section has been in operation since early July and the hotel’s grand opening is set for September 2016.

Summerland Hotel & Resort Kempinski marks the first opening of an international luxury hotel chain in the country since the Four Seasons opened seven years ago, and is especially noteworthy given the country’s tough economic situation and the struggles Lebanon’s hospitality sector is currently facing.

SGET pays Kempinski an annual fee to operate the hotel and has invested a total of $500 million into the construction and development of the 75,000sqm project, which includes the 153-room hotel property with its private pool, a 1,500sqm spa, seven restaurants, a private marina and finally the resort section.

The investment also includes the residential Summerland Village and the 583 cabins through which you are granted access to the resort. Cabins are currently owned by their original owners who can choose to resale through SGET if they wish to do so. Sales of the apartments and the cabins (if the original owners choose to sell) are the domain of SGET; the 100 to 400sqm apartments are being sold at $18,000 to $22,000 per square meter.

[pullquote]“Kempinski has been entrusted to manage the Summerland Hotel, using the brand’s expertise, reputation and consistency in quality service delivery.”[/pullquote]

Dagmar Symes, the General Manager of Summerland Hotel & Resort Kempinski,  describes the relationship between Kempinski and SGET as a positive one. “Kempinski has been entrusted to manage the Summerland Hotel, using the brand’s expertise, reputation and consistency in quality service delivery. There is very close collaboration between us and the ownership company to assure the success of the entire project. Every decision we make must be taken with the best interest of the ownership company and the profitability of the hotel in mind,” says Symes.

The old and the new

Visitors to Summerland Hotel & Resort will recognize some elements of the original resort from their childhood, such as the waterfall at the edge of the main pool or the private sandy beach, although those two features are smaller than the original ones. Otherwise, the resort has been completely modernized with Kempinski’s touch of luxury and is almost unrecognizable from the original model.

As soon as the resort was reopened, many cabin owners flocked to Summerland to rekindle happy memories and make new ones with their families. While some customers nostalgically told Executive they prefer the look of the old Summerland, most felt that the resort’s glamourous vibe was still there, albeit with a new, more modern look. 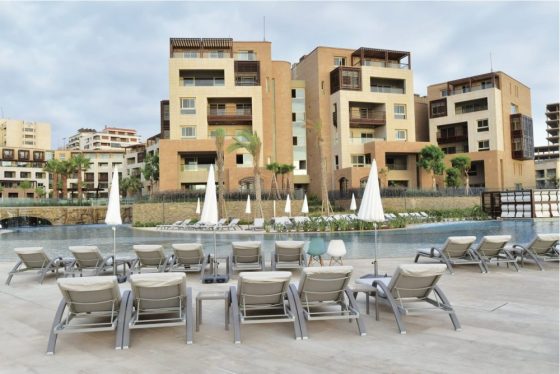 Symes says she sees Summerland’s history and nostalgic value as an asset to the project, explaining that capitalizing on the tradition and heritage of a location while giving it a European luxury flair is a trademark of Kempinski projects. “Kempinski always manages properties which are landmark destinations and the Summerland hotel in Lebanon was exactly that. The project is a perfect marriage between European-style luxury and Lebanese history. Luxury is in the details, and we have made sure to reflect this in everything there is throughout the hotel, be it service or product,” Symes explains.

Those culturally significant luxury details are indeed seen across the hotel, in elements such as the figurines which hang from the ceilings and inside the lobby’s color-changing crystal chandelier (exclusively designed for the hotel), which represents the Lebanese diaspora; the Oriental star motif on the carpets and walls; and the 100-piece art collection by Lebanese and Arab artists displayed throughout the hotel.

An emphasis on supporting and highlighting Lebanese assets is also seen in terms of hiring practices, where Symes wanted to have as many Lebanese on her team as possible, in all positions.

Indeed, only three non-Lebanese staff – Symes herself, the French executive chef and an engineer from the Kempinski head office – are among the 170 employees at Kempinski Summerland, with that number expected to reach 235 once the hotel is fully operational in September.

[pullquote]“Luxury is in the details, and we have made sure to reflect this in everything there is throughout the hotel, be it service or product.”[/pullquote]

Symes explains that the recruitment process was not easy, as is the case across the world, in that it is difficult to find the person with just the right attitude for a career in the hospitality sector. She claims she interviewed over 1,000 candidates to find “the needles in the haystack”.

Symes was, however, impressed with the level of education among those she interviewed and their ability to speak more than one language fluently. She also says that many employees had previously left Lebanon to work abroad and are returning to work with Kempinski. “Most hotel professionals have left the country in favor of the GCC, but now we are giving them the opportunity to return home and many are coming back and working with us because they want to be home with their families,” explains Symes.

What’s in a location

Summerland Kempinski is adjacent to the working-class Beirut suburb of Ouzai, which some see as a mismatch with the opulent property. Symes, however, focuses on the Jnah area – also near the property – pointing to the embassies and businesses in the area as elements of an affluent neighbourhood, as well as the fact that ABC will be opening a new mall in Verdun, just a three minute drive from Summerland. Symes also mentions the hotel’s proximity to the airport as another advantage to the location. 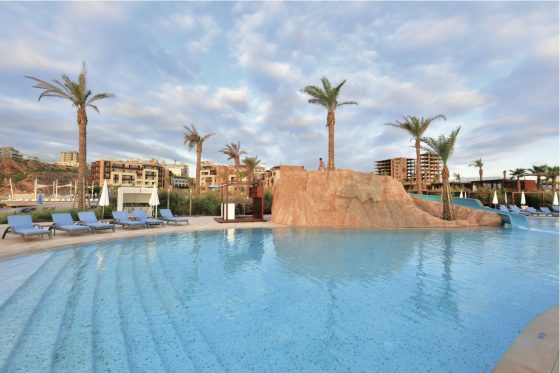 Summerland marks Kempinski’s first venture into Lebanon – a country it sees as a “hub in its mixture of Middle Eastern and European culture” – and is part of its strategy of expansion in the Middle East, although Symes admits that this entry was decided before Lebanon started facing a tourism crisis.

Indeed, Symes considers the lack of tourists as a main challenge they will face, as do most hotels in the country.

Again, just like many in the hospitality sector in Lebanon, Kempinski plans to compensate for this challenge by targeting Lebanese expats and local clientele through the hosting of events such as business conferences or weddings, and by marketing the resort as a pampered escape away from the hassles of city life.

[pullquote]Summerland marks Kempinski’s first venture into Lebanon – a country it sees as a “hub in its mixture of Middle Eastern and European culture”.[/pullquote]

Although the competition in this target market is high – with other five star luxury hotels competing for the same limited number of clientele who can afford such luxurious surroundings – Symes believes Summerland has several advantages over others.

Catering to the locals

Aside from the nostalgic factor, Summerland Kempinski also has the advantage of the novelty factor in attracting local clientele.

Summerland Kempinski hopes to offer the locals who can afford a five star experience an alternative to traveling for their vacations and Symes says they are developing a campaign called the Summerland Splash to specifically target the Lebanese market.

Symes also aims for Summerland to be a wedding venue destination offering a 300 person capacity ballroom (which opens up to an outdoor area which seats another 100 people) or the resort’s pool area and private beach for outdoor weddings. The hotel has seven weddings scheduled for this year although their marketing campaign hadn’t been officially launched at the time of publication.

Targeting locals will also be done through the local corporate accounts which Symes believes is the bread and butter of the hotel industry. The hotel has four meeting rooms, suites (which can be turned into meeting rooms) and the ballroom, which can host up to 600 people.

Although Symes admits that the focus will be on the local community for now, the GCC countries and Europe will also be targeted, especially when it comes to business travel. “The countries who make up our target international clientele are predominantly those in the GCC but we also aim to target a European clientele. European business people look for a place where they can do business and simultaneously enjoy resort facilities like ours,” explains Symes, adding that options such as “the spouse program”, where spouses of those attending conferences can benefit from a full day at the spa while their spouses use the facilities for team building activities, are additional potential assets for the international business community.

Only time will tell if the Kempinski Summerland Hotel & Resort will be able to live up to or exceed its original namesake, or whether it will be able to compete with other similar properties in the country that seek to attract the same target clientele. In the meantime, people can simply enjoy being in Summerland once again.