The trials, tribulations and steady growth of the local wine industry

Winemaking is a rapidly growing industry in Lebanon. Fifteen years ago we only had a handful of wineries to speak of; today the country boasts 42 wineries, according to oenologue and Les Caves De Taillevent General Manager Paul Choueiry.

The industry as a whole produces approximately 8 million bottles (an estimate of the Union Vinicole du Liban (UVL) since there are no exact figures), more than half of which are exported to over 40 countries across the globe. In fact, jewelry and wine are the only two Lebanese products for which the balance of trade is positive, according to Hady Kahale, general manager of Ixsir.

With such growth and global distribution come serious concerns about the regulation of the sector as well as the positioning of Lebanese wine abroad.

A good and bad year

Harsh weather in 2015 – including unusually low temperatures until April, a dust storm and heatwave in August and hail in early September – led to a decrease in the quantity of wine produced this year, explains Chateau Saint Thomas’s co-owner and winemaker Joe Assaad Touma, estimating the overall production of Lebanon’s wineries to have decreased by 40 percent this year.

“It will affect the market down the line, especially for the red wine which needs to be fermented for a few years, but for the rose and white wines, this year we will have less quantity for our clientele,” says Touma, adding that the quality of the 2015 wines “have a lot of potential” because of the lower quantity of grapes produced.

According to Choueiry, consumption of wine in Lebanon continues to grow slowly but steadily, following a worldwide trend of interest in the beverage, and also because of the increased number of local wineries. “We have many more local wineries so people are more aware [of this product]. People are trying and discovering different wines more and more, and are also going on wine tours across the country,” he explains.

Indeed, according to Zafer Chaoui, current head of the UVL and chief executive officer and chairman of Chateau Ksara, wine tourism was very active this summer, citing his winery as an example. “Since the Syrian war started, the number of visitors to Chateau Ksara had gone down a lot. This year, we had a considerable increase in visitors; not as much as in 2010, but this increase shows that people are realizing that central Bekaa is as safe as Beirut or Jounieh,” says Chaoui. In an interview conducted with Executive in September, Kahale cited 26,000 visitors to Ixsir.

However, although Kahale sees that the local market is indeed growing, it could be doing so at a faster rate. “I know that the wine market is not growing as it should in terms of consumption in Lebanon, which remains for all of us our most important market. It’s not growing as it should because of a lack of tourists and everything else we speak about,” he elaborates, adding that despite this, Ixsir’s market share has grown by 50 percent year on year, partially due to the launching of the winery’s restaurant.

Wineries that Executive spoke to report an increased local market presence especially in restaurants and bars. “With the trend of boutique wines, some restaurant owners are revolting against the traditional Lebanese wines (Chateaux Kefraya, Ksara and Musar) and choosing to go with smaller wineries. Others say the traditional wines are imperative,” says Choueiry when explaining the increased variety of wines available to Lebanese consumers in the on-trade sector. 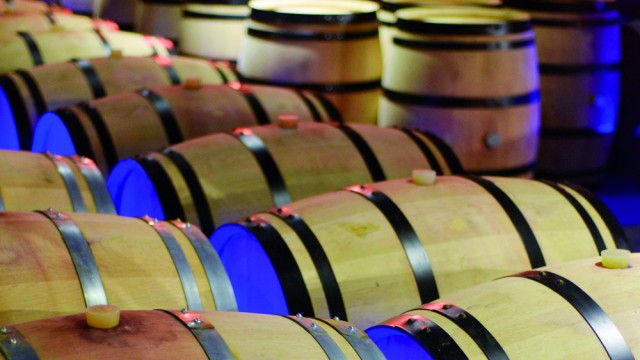 “International visibility in 2015 is by far better than in 2014 because of the natural and organic growth of exported Lebanese wine everywhere,” says Faouzi Issa, winemaker and co-owner at Domaine des Tourelles.

This initiative would see Karam, funded by the wineries, take a selection of their wines to key global markets with the purpose of conducting tastings either in major restaurants or through media and consumer events. These cities, explains Issa, could potentially become hubs which the wineries would build upon to have real markets there.

“It is too soon to judge the success of the Wine Traveler but I am a strong supporter of it,” says Issa, explaining that for the upcoming year, each of the participating wineries is paying GBP 10,000 to sponsor the project which is very close to the amount Issa paid to participate in and set up his medium sized stand for the local wine festival Vinifest, except that, in his opinion, the Wine Traveler is a more effective marketing tool than Vinifest. Touma says he has already made contacts from the Wine Traveler but that there is nothing tangible yet; “these things take time,” he says.

In the export markets as well, some Lebanese wineries have been moving out of the “ethnic” market, where the wines are primarily sold in Lebanese restaurants or labeled as indigenous wines on retail shelves, and into a more international and global market. “Our focus is on very high-end restaurants and we believe we need to convey that we don’t just need to be in ethnic restaurants. We deserve to be in high end restaurants because we are producing quality [wine] which people appreciate,” says Karim Saade, co-owner at Chateau Marsyas.

“Eighty percent of Lebanese wine in the world is sold in Lebanese restaurants which is not bad, but we want to be a good wine present in international restaurants and wine bars in London, Tokyo and New York. At first, it was hard because it was a niche that didn’t exist much but we started from a small volume which grew every year. Now people look at it as good wine coming from the old world and we are seeing the results,” says Kahale.

To quantity or to quality?

For all its growth in recent years, Lebanese wine production remains at approximately 8 million bottles. When asked why that number has remained steady, Ronald Hochar, co-owner at Chateau Musar, says land in Lebanon is very expensive, discouraging investments in planting more vineyards and also the small size of the country makes land limited.

It is for these reasons that most winemakers interviewed for this article say that Lebanon should focus on the quality of wine and not the production number. “Lebanese wines should be a niche; it’s not about the numbers,” says Issa.

“As Lebanese winemakers, we cannot compete in volume as we don’t have the land capacity and we will never have it. We should just target and enhance quality. We need to concentrate on quality in everything as a country because we are an expensive country so the only edge we have is knowhow in many sectors and to be able to produce whatever it is in quality,” says Saade.

Where is the National Wine Institute?

If the focus for Lebanese wine is to be a niche, high quality product, then a regulatory body to guarantee this quality becomes necessary. As Choueiry explains, back when the country had only three wineries, regulation was mainly self-initiated. “With the new arrivals, some are perfectionists but some are still learning and these might end up doing something wrong and damage the sector’s reputation. Because the players have increased in the country, there should be an authority, not to dictate what they do fully, but to set guidelines,” says Choueiry.

“It is especially important to regulate production because right now the market is chaotic. We have to guarantee the quality of what gets exported or what happened to arak will happen to wine,” warns Hochar, referring to the small export market for arak which he attributes to a history of non-regulated and chaotic production with some producers making arak of questionable quality.

By regulations, the wineries interviewed for the article mean a certification similar to the French l’Appellation D’Origine Contrôlée (AOC), whereby wine is labeled according to the environmental conditions it comes from, the percentage of alcohol and so on.

Such a certification or regulatory body is the main function of the National Wine Institute (NWI), a public private partnership launched two years ago among the Ministries of Agriculture, Industry and Economy and Trade and four private sector representatives of the wineries.

The institute’s role, according to Touma who is one of its members, is to conduct studies that would define and categorize Lebanon’s microclimate and wine production, lending structure to the sector. However, ever since it was formed, the NWI has not been able to fully operate because the budget allocated for it has not been approved by the government, explains Touma. “The guys are working and planning but the problem is they don’t have a budget and the budget should come from the government,” says Kahale.

Some wineries say market players should stop waiting for the budget and try to achieve what can be done through private funding among the wineries themselves, or through international research grants which could be available for wine studies.

In the meantime, while stuck waiting for the NWI to gain budget approval, a sector which has to date been blossoming locally and internationally could soon find itself at a standstill.

A tale of family and tradition