In 2002, Omar Rajeh returned to Beirut from Surrey, England, where he had just finished a Masters in dance studies. Trained in contemporary dance and choreography, he found himself in a city where the genre was almost completely absent. Undaunted, he decided to take matters into his own hands. He founded Lebanon’s first contemporary dance company, Maqamat, recruited a small team of dancers and began to create his own productions. In 2004, he launched the first edition of BIPOD, the Beirut International Platform of Dance, an annual festival featuring world class performances by international and regional choreographers. 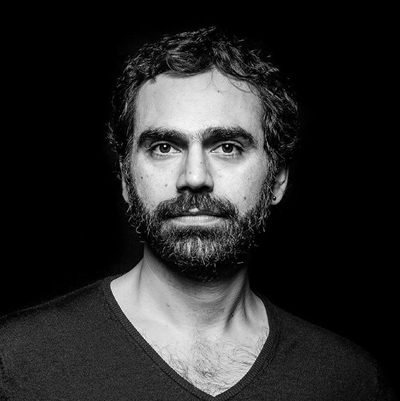 Now, more than a decade later, the cultural landscape has changed profoundly, and it’s largely down to Rajeh. When I ask him to tell me about the dance scene in Lebanon before Maqamat, he laughs gently, then apologizes. “It was non existent,” he says. “There wasn’t a dance scene — or more specifically, a contemporary dance scene. Maybe there were a few attempts by companies to do modern dance. I’m laughing because, for me, it’s a kind of nostalgia. There’s a huge difference between today and 2002, when we did the first performance as Maqamat; people are more familiar with contemporary dance. They’re more familiar with the artists, with the international scene.” 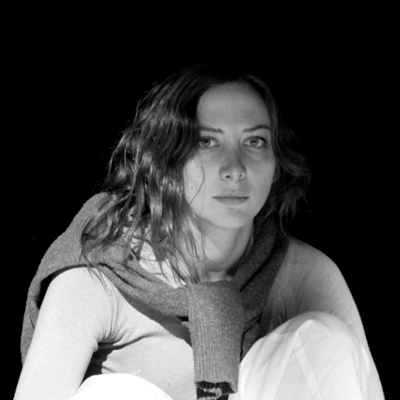 We were chatting in the wake of the press conference to announce the 11th edition of BIPOD. After a decade of running the show, Rajeh has just handed over direction to fellow dancer Mia Habis, who is also his wife. “After 10 years, Omar just wanted to focus on his work as a choreographer — I think it was about time to take BIPOD to somewhere new — so he composed this board with people from the cultural field and they nominated me,” she explains, “because I’ve been in Maqamat for a very long time and I’m a dancer myself.”

Interestingly, on stage, Rajeh and Habis couldn’t be more different. Where Rajeh breaks down the movement in chaotic gestures, falling twists and rolling turns or intense shifts in direction — hallmarks of contemporary training — Habis adheres to the almost rigid grace and poised elegance of more traditional techniques, despite the fact that she has moved from classical forms of dance to contemporary. I only ever remember Rajeh taking part in shows he choreographs himself, but not necessarily as a central figure, because these are productions with many dancers moving on stage at once. As for Habis, you’re more likely to see her as the star of a solo show. 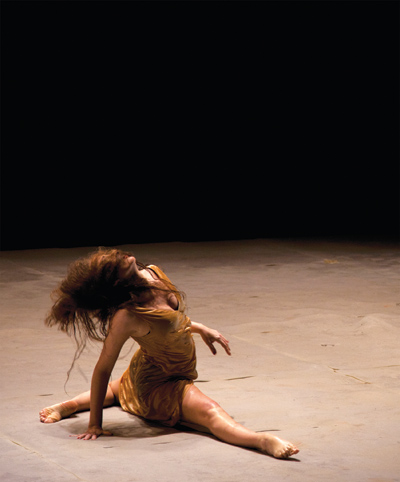 Though she started dancing at a young age, specializing in ballet, Habis studied French literature, marketing and advertising at the Sorbonne. Her dance training came mainly from workshops in Lebanon, where she studied classical techniques with the Beirut Dance Studio before joining Maqamat. Heavily pregnant and full of energy, Habis explains that she has decided to take the festival in a more personal direction, programming accessible performances that locals can easily relate to. It’s an approach that harks back to Maqamat’s early days, and Rajeh’s first attempts to introduce Lebanese audiences to contemporary dance.

“With our first performance in Beirut in 2002, my feeling was that it was all very fresh,” he recalls. “It was talking about everyday things, things that were directly related to the audience. It was a very intimate performance about sexuality, about color, about religion, about our dreams as young people. From this perspective, it had a very strong impact.”

As well as training dancers who later went on to join the company, Maqamat has coproduced performances at home and abroad for a number of young Lebanese dancers and choreographers who’ve chosen to strike out on their own, gradually expanding the dance scene in Lebanon.

“I see it as something that we have to do in order to secure our sustainability,” Rajeh says. “If Maqamat remains the only contemporary dance company in Lebanon, and Omar Rajeh the only choreographer, people will get bored.”

In the interests of furthering the growth of an independent dance scene, Rajeh is focusing his energy on a new project. Beit el-Raqs, or dance house, which opened in April, is a unique residency and training hub, comprising two studios located in Baakline and Deir el Qamar.

“It’s a kind of hub where artists can come for a residency to do their own work, and parallel to this, if they want, they can do other things, like organize meetings, talks and workshops. There are also the regular classes and we’re hoping that, from these classes, we’ll have people who want to go in a more professional direction.”

The enthusiasm in Rajeh’s voice is catching as he discusses the future of dance in Lebanon and the region. “I feel with Beit el-Raqs this is the most important thing to be done today, not only in Lebanon but in the whole Arab world — we don’t have a dance house [anywhere]. Now I think it’s going to be more focused — clearer for us, clearer for the artists. Hopefully, it will start small and then grow.”