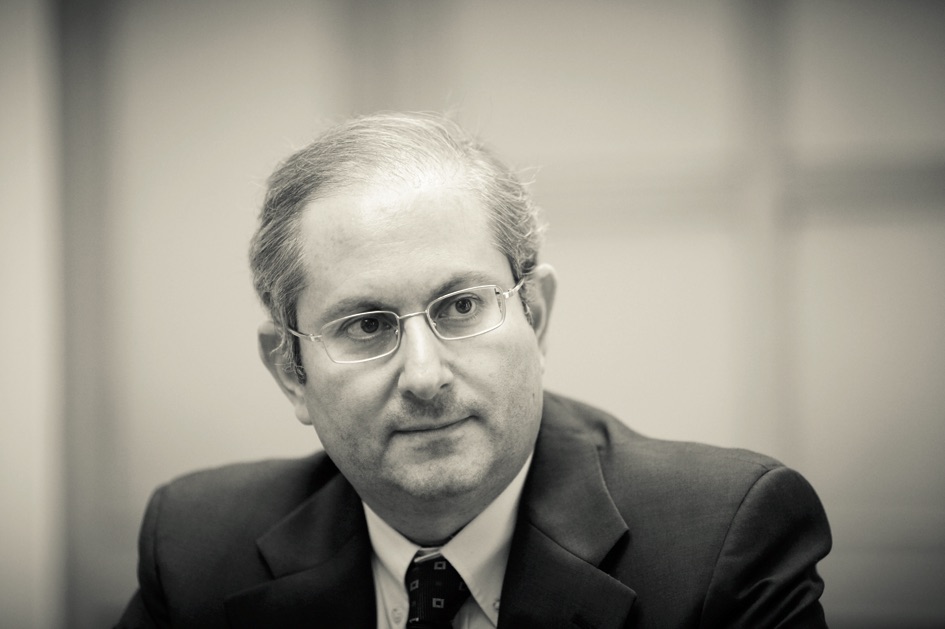 Executive sat with Nicolas Chammas, chairman of the Beirut Traders’ Association, to discuss the retail sector’s performance in 2017, in light of continuous market stagnation in Lebanon.

E   As of mid-November, how has 2017 been for the trade sector in Lebanon?

This year has, unfortunately, been another bad year. The decline in the commercial sector has been a steady one since 2011. The growth rate for the economy in the past five or six years has been less than 2 percent, which is negligible. This is the nominal growth, not the real growth—which is less—while the growth per capita is negative.

Taking the period between end of 2011 and end of 2017, the average decline for the trade sectors combined is 35 to 40 percent. This is really a meltdown of the trade sector in Lebanon, keeping in mind that it’s the [greatest] contributor to GDP.

The food and beverage and staple segments have been in better shape than durables [furniture, cars], or luxury [watches, high-end electronics, jewelry]. Durables and luxury have suffered much more than these staples.

E   There is a popular belief that the luxury segment is not very affected in times of economic hardship because “the rich get richer.” To what extent is this true?

Not really—they are not getting richer anymore.

Let’s not forget that remittances from abroad have declined as well. Traditionally, expatriates transfer money—mainly from the Gulf and Africa—but these regions have been affected tremendously [by] the drop in the price of oil.

E   How does this situation affect you as traders?

Every economic agent is in a state of deficit today, but what is visible is the twin deficit of the state, meaning the balance of payment and the fiscal budget. When you have a negative balance of payment, it means that the state is living beyond its means; same thing for companies, where most are indebted, and for most households.

As the economy is a chain, every part of the chain is suffering. Take the commercial sector, for instance: We’re the biggest borrower from the banking system, because we’re the largest sector. This is what I call the visible debt, you see it in the books of the banks—but what you don’t see is the payables from the customers to the retailer. Today, retailers don’t sell, unless, in many instances, they make financial facilities to the consumer.

E   Does this situation explain why there seems to be an increase in discount stores and sales across the retail sector?

Absolutely. Not only have sales diminished in volume, we also have a price factor. Traditionally, the commercial sector goes on sale twice a year: after the summer and after the end of year, in order to liquidate the stock and bring in the new collection.

But now, it is happening all year round to attract people—but this kills your margins as a retailer. Even if you are selling, you are selling practically at a loss. Also, what this is doing is getting people accustomed to buying only when there is discount.

E   Did the situation not improve at all in 2017, especially with the election of President Aoun in October 2016?

Lebanon today is more stable than most countries [in the region], but the perception of Lebanon is still not good.

And let us not forget that [the government] enacted a law with about 25 new taxes that very much hurt consumption and investment. Add to this the ongoing political crisis, and the terrible strife between Saudi Arabia and Iran, which is reverberating across the Lebanese economy.

So people today are afraid to consume, let alone invest. And this is very deplorable because it is happening during the fourth quarter which is most important [period] for the economy and the trade sector: it typically represents something like 35 percent of our yearly turnover. So if we lose momentum in the fourth quarter, it will be a dire sign heading into 2018.

E   What solutions do we have?

We need a political settlement under a favorable regional umbrella.

Lebanon can’t pay the price of any outside conflict as we’re too weak and small a country. We have to put our own house in order, find a political settlement, and arrange elections as soon as possible.

E   Following such a settlement, how quickly will the situation improve for the retail sector?

Provided it’s a credible settlement, the situation will pick up quickly, just like it did after the Doha settlement in 2008.

It will take longer for the financial situation in the sector to improve, but at least you would’ve started a trend. You can’t change the situation of debt and deficit overnight, but you can put it on the right track.

This can happen with one prerequisite: growth.

E   How do we ensure this growth?

Growth is built on two things: the facts on the ground, which will take time to change, and expectations. The economy is to a large extent reliant on expectations; if people have positive expectations then this drives growth quickly. For instance, if we were to say ‘in six months [we will] be in good shape economically,’ this will give back confidence in the Lebanese economy, which is currently scaring people away. Only a credible settlement can attract them back.