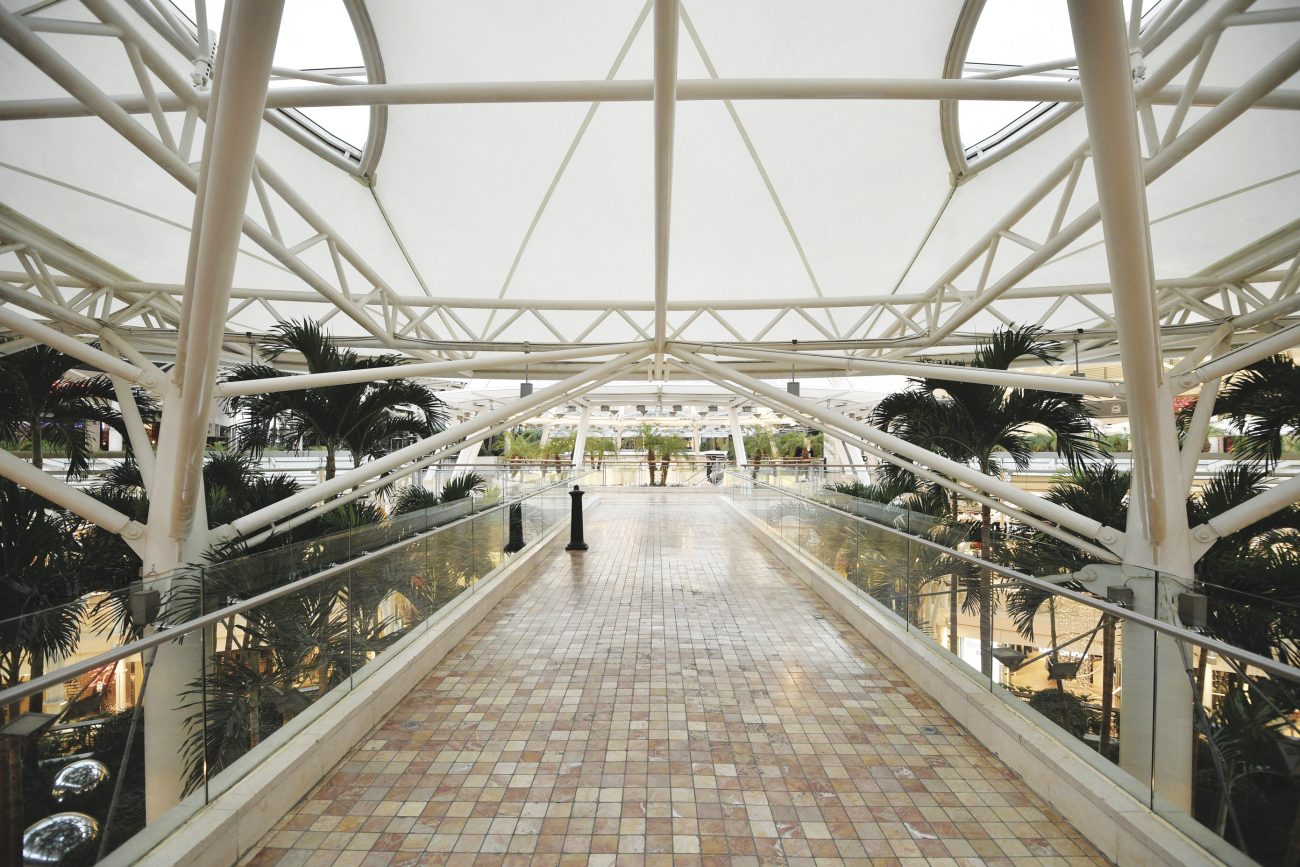 This year, consumers were bombarded with text messages announcing all the latest store sales and irresistible promotions. Those able to ignore the messages could not have failed to notice the multiple number of shopfront displays with massive red sale signs. Despite all this, most shops remained relatively empty.

On the whole, it was yet another disappointing year for many of the country’s retailers. And yet, there were a few bright spots. Summer 2017 was reported by many retailers as a busy season with an increase in sales, while the opening of several new malls added dynamism to the sector.

Many tourists and expats visited Lebanon in summer 2017, boosting the retail sector in multiple ways. Global Blue’s insight into tourist spending report revealed a slight overall increase in purchasing this year up until October 2017 (the latest available figures) as compared to the same period in 2016—with the largest increase coming in the third quarter of the year, during the summer.

Retailers have credited visiting expats for most of the increase in summer business. Izzat Traboulsi, CEO of T2 Trading, the retailer for Hugo Boss in Lebanon and Egypt, says summer 2017 was “phenomenal.” “We had Iraqi and Egyptian customers with high purchasing power, but the people we depend on the most are the Lebanese expats who come to Lebanon in the summer,” says Traboulsi, explaining that since these Lebanese expats are here on vacation from their daily life and work, they have more leisure time to shop.

In an interview conducted in August 2017, Mher Atamian, managing director at Est. Hagop Atamian, a distributor of luxury and medium-end watches in Lebanon, said his business now relies more on visiting expats who come to Lebanon during the summer vacation than on Gulf tourists, who have been frequenting the country less and less.

Indeed, although more tourists visit Lebanon during the summer, it seems their direct impact on retail through their spending is still small. “There has always been a positive correlation between tourism and businesses in general, and this year is no different. However, the size of the impact differs from one industry to another. For instance, [usually] tourism affects the hospitality sector the most, with retail coming in second place,” explains Khalil Noujaim, managing partner at Level 5 Holding, the exclusive agent of the French luxury brand Eden Park in Lebanon, in an interview with Executive conducted in August 2017.

Traboulsi explains that a good tourism season, such as summer 2017, reflects positively on his existing customers, and, as such, has an indirect impact on Hugo Boss. “We’re not reliant on tourists and expats alone during the summer, but also on existing clients who spent more this summer. When tourists are in Lebanon, they’re going to spend money on hotels, restaurants, car rentals … and this has a positive impact on our customers. When our customers make more money, they will shop more,” he says, explaining that 90 percent of their sales are from locals, while tourists—when they are present—are a bonus.

Another bright spot for the retail sector was the launching of new commercial centers, with the largest branch of The Spot Mall opening in Choueifat in May 2017, and ABC Verdun welcoming customers as of July 2017.

It usually takes up to one and a half years for a new mall to show good results, according to Traboulsi, because it takes time for people to get used to it, and for advertising campaigns to take effect. Despite that, he says Hugo Boss has done well so far in ABC Verdun.

Both Traboulsi and Atamian say that ABC Verdun opens a new catchment area for them, mainly Lebanese residing in Africa who come home for the summer, and whose homes are in proximity to Verdun.

Traboulsi also speaks of the consumer-behavior patterns shoppers in ABC Verdun have displayed. “The footfall wasn’t [high], but the average ticket was, meaning there is purchasing power in Verdun. Also, our high-priced items in Verdun performed better than those in Achrafieh and Dbayeh—this is a good indication for us because, again, it shows the purchasing power is there,” he explains.

Despite those small highs in summer 2017, it was, overall, another bad year for the retail sector. Talk of tax increases—which began early in 2017—did nothing to encourage consumer spending.

The results of the Byblos Bank/AUB Consumer Confidence Index for the third quarter of 2017 show that the index dropped by 13.5 percent from June to July, by 5.5 percent from July to August, and by 2.2 percent from August to September. The authorities’ determination to increase taxes and fees, at the expense of households’ day-to-day needs, exacerbated consumers’ skepticism and added an unnecessary burden on the already stretched budgets of households,” says Nassib Ghobril, chief economist and head of the economic research and analysis department at Byblos Bank Group in the report.

This effect was  felt in the premium fashion retail sector as well. “Talk and fear of increased taxes have impacted us a lot in that people worry about increased cost of living, and so decide to save their money instead of shopping. This is normal; even in Dubai when they announced the introduction of a 5 percent VAT, it slowed down the market tremendously there as well,” says Traboulsi, explaining that he only felt the impact on business starting October 2017, when talks of a tax increase intensified, and that so far sales figures have not dipped too significantly—citing a 10 percent drop in October.

With consumer focus on economizing, it is no wonder that outlet stores did so well this year, and that events like Black Friday, which was held at the Beirut International Exhibition and Leisure Center (BIEL) in November, were popular with consumers. Traboulsi says Hugo Boss participated in the BIEL Black Friday  event and made approximately the same amount of money in the first three days of the event as they did the whole month of November.

It is also no wonder that the idea of dedicated outlet malls is finally taking root in Lebanon. Centerfalls, projected to open in Metn’s Mazraat Yachou in October 2018, will be Lebanon’s first designer outlet mall and will attract many of the country’s premium retail brands.

Traboulsi says that while he would consider opening a Hugo Boss in such a dedicated outlet mall in a remote location, he would never open one in proximity to any of his stores, as some brands have done. “We focus on our clients to sell them [merchandise] in our stores either at full price, or at a small discount during the sales period. The client of an outlet store should be a different business: You can’t open an outlet mall in the middle of a busy area where there is high footfall and potential clients for your full-price collection. My aim is to keep my clients coming to my store and have the outlet clients go to my outlet. The outlet is the bonus, while the real margins are in the shop,” he says.

The retail sector is betting on the end-of-year festivities and gift-giving—which usually account for a high percentage of their sales—to make up for some of the losses this year. Otherwise, the going will be tough heading into 2018, and we may be reporting more of the same next year.