I get really overwhelmed when I walk into a big supermarket,” admits Karim Chaya. “A few days ago, I went looking for paper lanterns and ended up somewhere in the northeastern suburbs of Beirut. The amount of junk there was just unbelievable, so much that the shelves were sagging. Everything on display was absolutely useless, but took forever to be produced. My mind started extracting oil from an oil field in the Gulf, refining it and shipping it all the way to China, where this trinket is produced and photographed and placed in a catalogue that’s distributed worldwide. Some guy decides to place an order, so batches of these trinkets have boxes made for them, they’re stacked into a container, and then shipped all the way to Lebanon to land in a pile of junk, which is bought, unboxed and used for 30 minutes and then thrown into the trash. It makes me want to jump ship!”

Situated on the upper floor overlooking the ACID factory on one side and the coastal highway on the other, Chaya’s office is populated with objects that invite the eyes to wander over their lines, curves and junctions. As the cofounder of ACID, a design and production firm that now has 170 craftsmen, architects and administrators, and global projects, Chaya, an industrial designer at heart, was gradually swept away from the drawing board and into board meetings as the company grew from a small studio into a big firm.

Besides his passion for restoring old cars and fixing broken things, Chaya has a great love for designing objects, due to their longevity, functionality or the delight they impart in other people’s lives. And he always knew this, deciding to study industrial design at the Rhode Island School of Design, before he established ACID.

From reassembling toys, to fashioning bespoke cooking pot handles for his grandmother, Chaya has always possessed a kind of creative restlessness. Coupled with his knack for problem solving, he found himself consulting and creating for his friends and family while producing, every now and then, a sketch that was ready to leave the page. 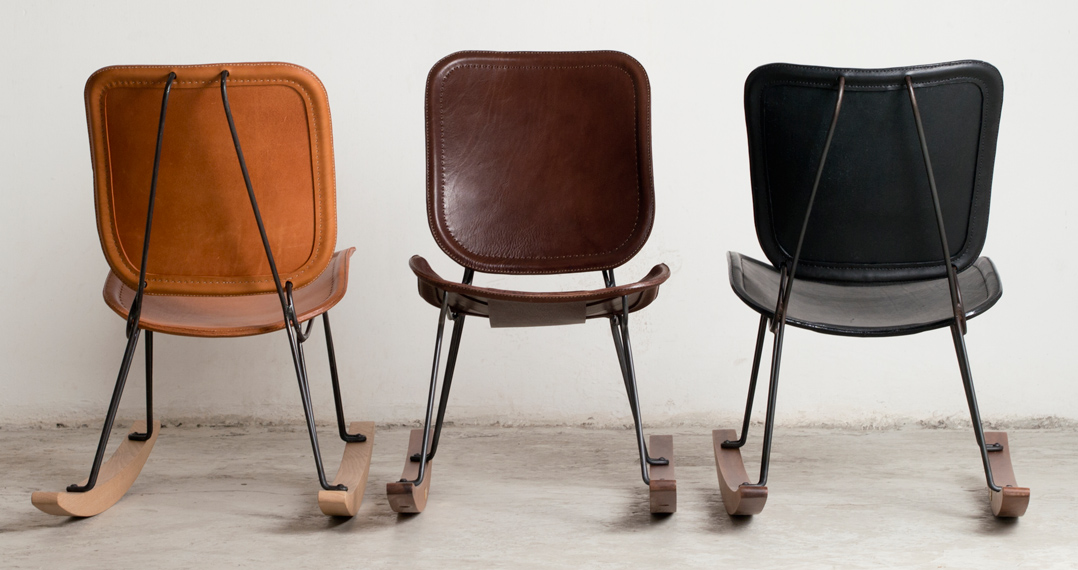 “I have been tinkering with objects from a very young age. It is as much a pleasure as it is a need. Learning from ACID, I did not want to create another commercial entity that would require me to concede [to traditional business models]. In order to make my activity legitimate, I named my design playground after my dog Spock.”

Spockdesign has been Chaya’s alias in the design world ever since his dog passed. The studio produces a wide variety of objects and furniture and perhaps one of its most distinguishing factors is its multifarious approach. “Very often people ask me about what I enjoy designing more: furniture or products? To me, it doesn’t matter because what thrills me is the zeroing in on a problem. Before the product is finalized, I often like to see it from a different perspective and resort to asking children for their opinion or wondering how a designer from the Industrial Age would have done it,” he says with a cheeky smile.

Chaya’s playfulness can often be gleaned in his designs. “I don’t like to inject seriousness into things. Design makes me very happy and through it, I hope to make others feel happy too.” For example, in the supporting text for his tilted brass candleholders, he wrote: “You can’t make a soft flame point in any direction but up. Oblique Still puts the candle at an angle (cool rhyme, no?) and lets the flame do its thing while catching the dripping wax in a spoon, or petal for the poets out there.”

“I like to leave the deeper reflection to others,” he adds, “and Victor is a very good example of that.”

Victor is the name of the brass life size skeleton holding up a large mirror whilst sneaking a peek at its user. Titled ‘Look Back’ and designed for the 2015 House of Today collective exhibition, it was one of the most photographed exhibits. Keeping his own motivations to himself, Chaya enjoys getting other people’s interpretations. One of his favorites was from an older couple browsing for objects to purchase. Upon noticing the skeleton, the lady remarked on how horrible and macabre it was, while her husband retorted, “Why? That way when you look at yourself in the mirror you can always say that he’s worse off than you are!”

“When I sit down to design, there is so much that wants to come out. The first actions feel explosive, as pent up ideas fly in from every direction. I’m definitely an advocate of ‘designing from the hip.’ I don’t like to weigh spontaneity down with too much control. Returning to a problem too often tends to dull the beauty of a spontaneous line.”

This kind of approach is quite evident in the Slingshots series, which attempts to design an object most often associated with DIY, because essentially, it is an object devised by children in the playground and requiring nothing more than a Y shaped branch and a rubber band. Spockdesign’s slings come in six different forms, each exploiting the material from which it is created: the sleek stainless steel with a translucent tubular yellow rubber band, the elegant plywood Y with a bright red rubber band, or the mirror polished aluminum made to look like a freshly pruned twig with a flat, black band. They appear quintessential, their function intuitive and their look natural, and yet they are unlike anything one has ever seen.

Spockdesign’s streak of originality may be due in part to Chaya’s focus on a particular fictional character or familiar individual when designing. “I like to imagine what would make that specific person happy, better their life or solve a problem they might have.” 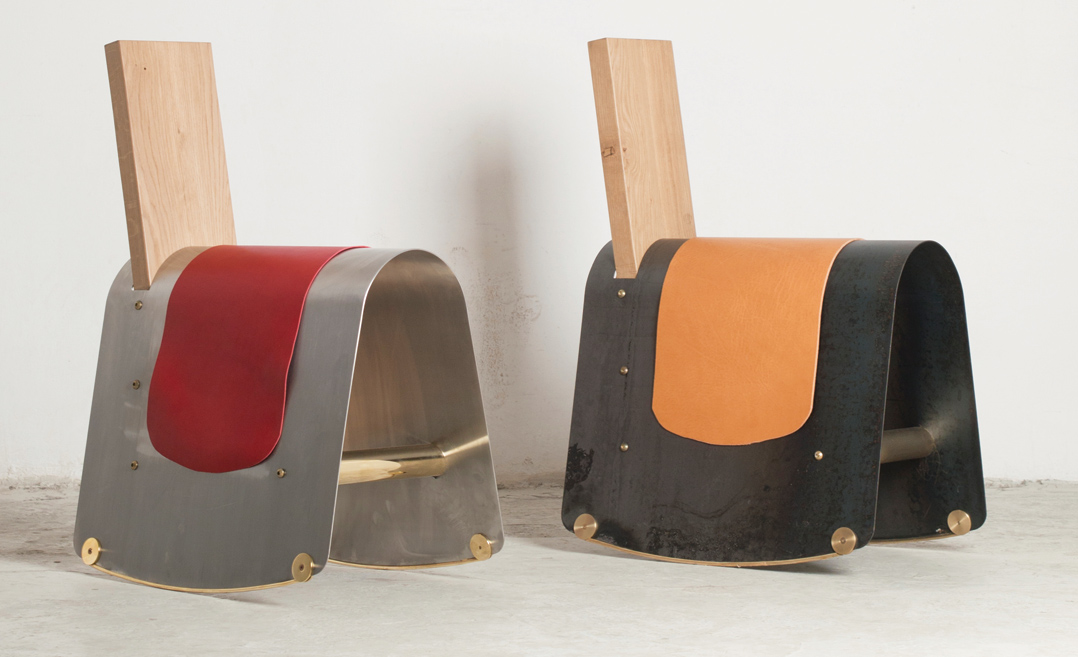 As a child, Chaya watched his own father go to great lengths to fix anything and everything that was broken. “He never threw anything away. He was Mr. Fix-It-Extraordinaire, very creative, and would spend hours on his boat mending this and that, and if nothing was wrong, he would come close to breaking something just so he could fix it.”

Chaya appears to be content with the way things are going and has no plans to make Spockdesign anything beyond a playground for experimentation, a place where he can design food installations as well as car parts, variations on rocking chairs or knives, “I’ve been encouraged to take it a step further, to turn it into a solid brand, but it feels forced and I’d much rather let it grow naturally. There was a moment during my visit to Tokyo, which I really enjoyed as it struck a familiar chord. I had bumped into a friend there who was wearing a really interesting jacket and upon asking him how I could get in touch with the tailors, he gave me an address. There was no website, no phone number. It was the hardest place to find, but I loved that! So yes, I just want to do my thing because I enjoy it and if anybody sees something they like, here I am.” 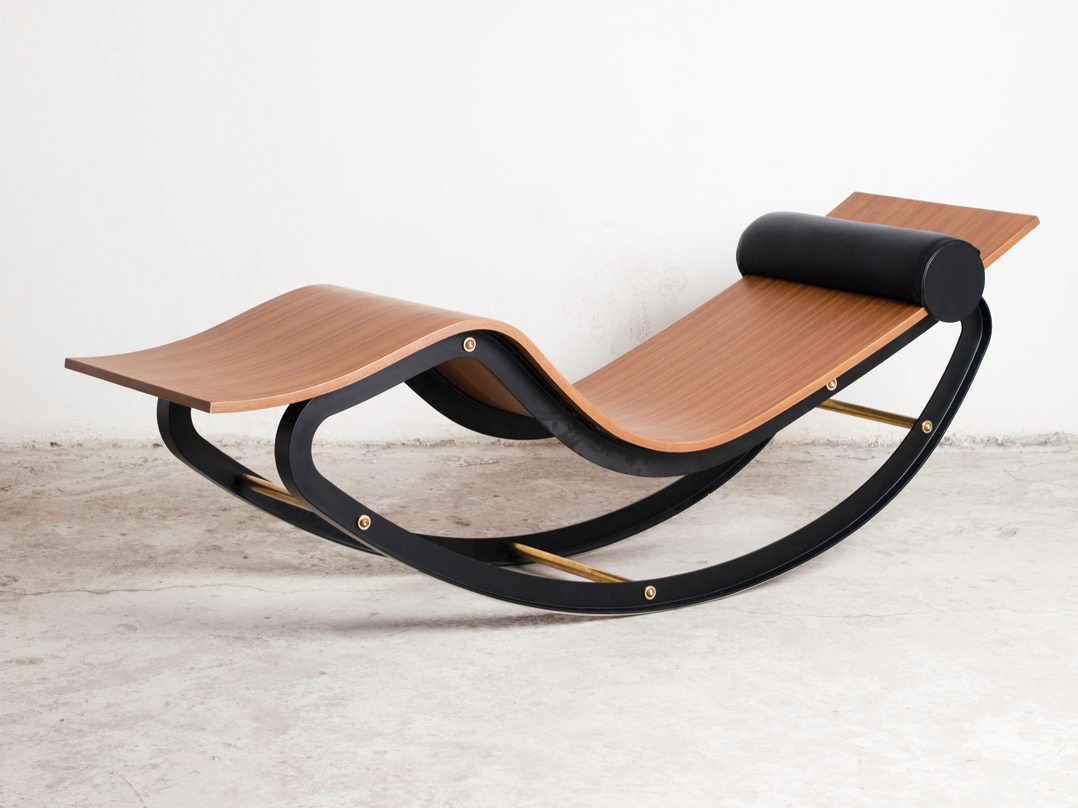