The Lebanese entrepreneurial companies that stand out

Every year Executive highlights 20 of the finest entrepreneurs in Lebanon. For this year, we focused on companies which either had a strong environmental or social impact, and which had a large job creation prospect.

Listed in alphabetical order below, the following entrepreneurs and businesses are those that Executive has chosen as the Top 20 enterprises in the Lebanese ecosystem, which scored highly in the above categories of impact and employment. To see more about the Lebanese ecosystem, and how these companies fit into the sector, visit our entrepreneurship in Lebanon section.

When Ziad Sankari lost his father to a heart attack at the age of 17, the tragic circumstances motivated him to develop tools to monitor cardiac signals from the heart in a bid to catch and prevent life threatening conditions. By 2010, at age 24, he was a biomedical engineer, and in 2012 he founded CardioDiagnostics, a startup which offers wearable hardware and a service package to analyze the data received from the cardiac devices. (Read more) 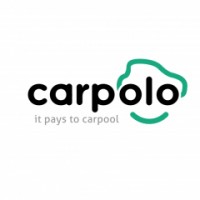 Carpolo was started by Ralph Khairallah, a business planning instructor with previous startup experience, and Mohamad Nabaa, a recent graduate in computer science from the Beirut Arab University, in mid 2015. It’s an app dedicated to carpooling and lift sharing for university students in Lebanon. Similar to the European website BlaBlaCar, which offers shared rides to passengers from drivers between cities, Carpolo aims to reduce carbon emissions and congestion through car-sharing in the metropolitan area, and is due to be piloted at AUB. (Read more)

Ali Chehade’s Dream Matcher networking event began as an online startup, inspired by an idea for a television show which subsequently pivoted into an offline company. The  Dream Matcher ‘experience’ is a networking event that lasts for a couple of hours and hosts 50 to 70 people. During the event, participants write their dreams on post-it notes, stick them to a large wall and have them viewed by others. In a bid to help one another achieve their ambitions, participants with relevant skill sets approach the post-it writer during the event to offer their assistance with their ‘dreams’. (Read more)

und is a startup founded by Stefano Fallaha and Emad Yehya, a high school student and a computer science undergraduate at AUB respectively, who identified a gap in the social networking and messaging market. Habib Haddad, the chief executive officer of Wamda, serves as their advisor. Their product is a ‘hands-free voice-based’ app which uses 27 second voice notes to create and deliver a stream of online content that forms the base for a social network. (Read more)

Haramoun Hamieh, a digital content manager with five years experience at Al-Hayat newspaper, and Ahmad Sharif, a senior information management consultant at Layout International, came together to form Figurit after their apparent frustrations with the workflow process within the journalism sector. They have developed an “intelligent data-driven dashboard”, as described by Hamieh, to provide journalists with information and analytics in trending stories. (Read more)

Krimston labels itself as inventing the solution for all Apple lovers who are recurring travellers and tired of having to switch phones when abroad. Co-founders Fouad Fattal and Nabil Nasr have developed a product, due to go live early 2016, that is a new SIM card solution to enable users to operate a cell phone with two SIM cards. The product, which looks like a phone cover, can be understood as a ‘phone without a screen’. A SIM card slots into the cover, and a downloaded app enables the user to interchange between the two SIM cards and use them both. (Read more)

When Malik El-Khoury returned to Lebanon in 2014, he was surprised at the lack of appropriate developers he could recruit for the tech startup he wished to establish. After spying a gap in the market, he decided in 2015 to licence the ‘Le Wagon’ program from the French coding school of the same name, which was formed in 2013 by Boris Paillard. Though the program itself is not an original startup, the idea of licensing and hosting such an event displays an entrepreneurial tour de force from El-Khoury, and is worthy of one of Executive’s top 20 places in this year’s startups in Lebanon. (Read more)

Lebtivity was started in May 2012, after one of the five co-founders realized there was no central page in Lebanon that contained information about future hiking events. After brainstorming, they decided to expand beyond a page dedicated to hiking to include all types of events in Lebanon. Since their inception, the website has grown and people are allowed to add their event to the page for free. Randa Farah, one of the co-founders, has spoken of the positive feedback that Lebtivity has received, with many users remarking how surprised they were at the sheer quantity of events taking place in the country. (Read more) 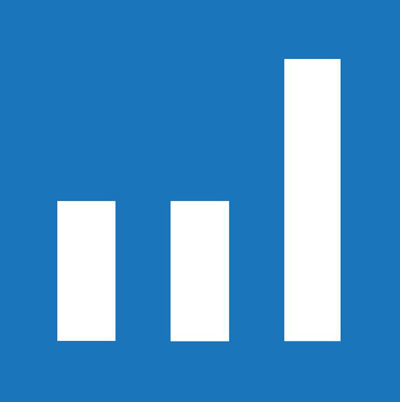 Markelligent, a startup founded at the end of 2014 by Fadwa Mohanna and Elias el-Khoury, aims to harness the IoT through collecting data from the sensors and providing companies with services relating to data analytics. Their intention is to offer IoT solution packages to citizens’ pre-existing problems, generating revenue for Markelligent and improving the quality of collective lives. Once a challenge has been identified, Markelligent develops the needed sensors to measure the readings related to that challenge and start collecting all kinds of data generated by those sensors on their cloud. (Read more)

Modeo is a young startup launched in February 2015 which caters to individuals who wish to try their hand at furniture design. Formed by two working architects, Emile Arayes and Aline Gemayel, who were frustrated by the lack of low-budget  assembly furniture, Modeo allows users to build custom plastic furniture through a mobile app interface, and uses geometric “interlocking modular parts” to assemble a range of pieces. The design can be viewed in a virtual interface before ordering, with sizing and color options, as either a 2D designed image or a 3D projection. (Read more)

a trained psychologist, was continuously approached at children’s birthday parties by mothers anxious about the psychological behavior of their children. After several rounds of questions, examples of which included how parents should deal with child bullying, she and her co-founder, child and youth counsellor Nicholas Chehade, decided to put together MomAdvice. The startup, which was formed in September 2015, is a mobile phone app that connects mothers with a team of 10 specialist child psychologists, who are vetted and have their credentials thoroughly checked by the two co-founders. (Read more)

In 2014 Tarek Jaroudi, Mohamed Sabouneh and Ghassan Abi Fadel, students in the American University of Beirut’s (AUB) MBA program, were frustrated with the lack of easy communication between interior designers and potential clients, and came together to form Moodfit. Having conducted extensive research with suppliers, designers and clients, the final product is an online interior design program which enables a user to transform a space with the help of top interior designers, and removes the need for the continuous on-the-ground presence of an interior designer. (Read more) 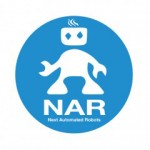 What started as a final year university project at the Lebanese American University in Byblos in August 2014 has evolved into Next Automated Robots (NAR), a startup in Speed’s acceleration program that is working to produce a fully-autonomous 24/7 drone called “QuadroFighter”. The aim of the drone is to detect wildfires at an early stage, and target markets are governments and private NGOs, or individuals cultivating wide areas of land. The drone alerts the user through desktop or mobile applications, without piloting, and relays the coordinates of the wildfire. (Read more)

When Emile Sawaya’s younger brother was diagnosed with autism seven years ago, he became aware that the market offered very limited technological tools for independence for those with cognitive difficulties. Fast forward to 2015, Sawaya and his blind co-founder, Paul Saifi, have developed the ‘ReAble wallet’ that focuses on money management and financial transactions for people with autism and eventually for a broader range of people with special needs. Sawaya’s main motivation is that many people with autism have difficulties with the concept of understanding value and the premise of value exchange, especially with monetary difference that is owed to them after a transaction. (Read more) 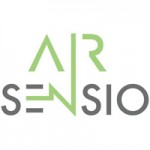 Sensio AIR is the creation of Cyrille Najjar and neuroscientist Eve Tamraz, who founded the White Lab in early 2015 and have recently relocated to London with the second phase of the UK Lebanon Tech Hub acceleration program. Their product centers around a piece of hardware which detects “allergens like pollen, acarids and mold as well as harmful gasses” as quoted by the company, and feeds data on the quality of the air back to an app on a mobile device for analysis and notification. The patent for their device is filed in both the UK and Lebanon, which they have identified as key parts to their main sales market. (Read more)

Taaheel was started in 2005, when Hoda Bibi – chair of the educational department at the Lebanese International University who holds a doctorate in educational counselling – became frustrated at the standardized tools of assessment in schools, which she felt were culturally inappropriate for the MENA region. After three years she and a team developed a battery of tests which can be used to assess children to identify special needs, a first crucial step before any assistance can be offered to the child in question, and subsequently develop an educational course of action. (Read more) 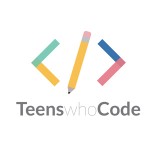 Teens Who Code is the brainchild of co-founders Nour Atrissi and Ziad Alameh, who met in AltCity and decided to form a startup in October 2014 dedicated to teaching young adults how to computer program in different languages in 2014. Aimed at improving computer literacy amongst teenagers, Teens Who Code offers courses and private sessions to individuals in a number of different areas, from web development and Raspberry Pi classes, to android and iOS development. (Read more)

Tara Nehme, the Lebanese-Canadian founder of TickleMyBrain (TMB), first noticed that people’s resumes needed assistance when a friend asked her to check their CV at the last moment before applying for a job in Dubai. What started as a small career advice blog in 2012 has evolved into an online platform dedicated to improving the presentations of users’ credentials. TMB offers services for improving documents (such as resumes and various applications) uploaded to their website for a minimal fee of $99 for the basic package, and $5,000 for a business plan. (Read more)

Sabine de Maussion and Ayssar Arida developed urbacraft in 2014 after identifying a gap in the toy industry for locally appropriate toys. Their main product is a hybrid “customizable building set” which allows individuals of all ages to form buildings out of modular plastic pieces – ‘urbs’ – and other printable materials and elements – ‘kits’ – such as a cardboard façade, which can be added and ‘hacked’ (e.g. ‘colored in’) by the user. Unlike other composite toy creators, urbacraft’s philosophy is rooted in open source construction, and allows the user to add parts they designed themselves. (Read more)

A chance for Lebanon

Nice article.
A lot of these companes are far from generating revenue. And its only tech related entrepreneurs.