After 200 months of continuous publication, we at the Executive editorial team could fill a whole book with the stories behind our stories and with lists of our own favorite issues, articles, covers, photos and illustrations. More important than what we think, however, is what our readers think. You, after all, are the reason we try so hard. We’ll never sacrifice our identity and commitment to quality to chase more clicks or magazine sales, but we have an obligation to understand which stories reverberate with our readers. Plus, we actually like to know what you think. Therefore, we’ve dug into our physical and digital archives to see what our readers liked most (as best we could ascertain).

Lacking the means for a scientific study of what inspires and entices our readers, we had to rely on raw numbers from newsstand sales to highlight our top selling issues. Unsurprisingly, as per the global trends for media consumption, newsstand sales tended to be higher before online reading became a full partner to offline content perusal. We’re not sure what story or stories drew so many in, so we highlight our cover article for the month. This lack of specific data does not, however, prevent us from drawing some conclusions. For example, prior to the war breaking out in July, 2006 was a great year (with four of the top 10 issues). We also get the sense readers appreciate our coverage of the fundamental sectors driving Lebanon’s economy (banking, real estate and hospitality). It seems you also like our in-depth looks into the country’s shadow economy, as evidenced by two issues on the sex industry making the top-10 cut. The declining fortunes of Idarat and Synergy. 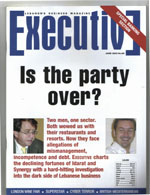 1. Is the party over? The declining fortunes of Idarat and Synergy. June 2003, Issue 50. What went wrong with two hospitality companies that very publicly flopped? 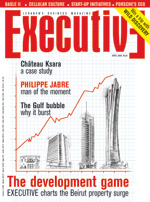 2. The development game: Executive charts the Beirut property surge. April 2006, Issue 81. Beirut’s Central District was on fire with grand plans, so we made sense of who was buying what and looked at Downtown’s potential future. 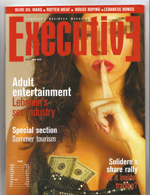 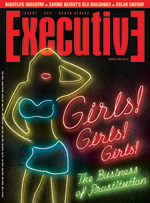 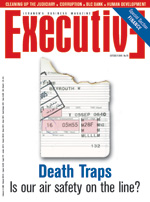 5. Death traps: Is our air safety on the line? October 2005, Issue 76. An in-depth look at safety practices at Beirut’s airport. 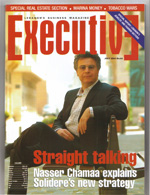 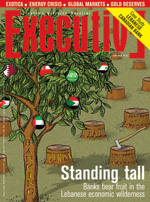 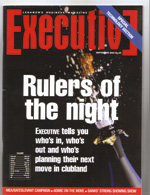 9. Rulers of the night: Who’s who in clubland. September 2003, Issue 53. Competition was fierce, patrons had deep pockets and life was good for Lebanon’s party scene. 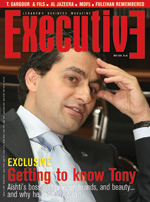 10. Getting to know Tony: Aïshti’s boss on business, brands and beauty… And why he’s totally clean. May 2006, Issue 82. We landed a one-on-one with Lebanon’s top luxury retailer and confronted money laundering rumors head on.

Unlike print, we have more specific data from our website about what readers like, but the timespan is shorter. Our analytics for this list are based on data as of February 23, 2016 but only include visits to the re-designed version of our website launched in March 2014. All of our archives are online – which is why some pieces older than the re-designed website made the list – but they never appeared online fresh with dedicated time on the homepage. Readers could only find articles before March 2014 if they appeared as “related articles” below a newly published piece or if the articles showed up as part of a web search result (see number 6 below). The Diaspora dominates this list, but the country’s terrible Information Communication Technology (ICT) infrastructure is also clearly a topic of interest.

1. The Deepest of Ironies: Gebran Bassil is suing us, but he should be the one answering questions. March 6, 2014. Yasser Akkaoui. We asked where data revenue related to oil and gas was and the reply was a lawsuit.

2. How the Lebanese conquered Brazil: Success came through hard work. July 3, 2014. Joe Dyke. The country has drawn our talent for generations and benefited in the process.

5. PayPal is not coming to Lebanon: A year on from announcement, company has ‘no plans’ for launch. February 28, 2014. Joe Dyke. Long memories are useful, and we too love a good update story.

6. Prostitution – The business of sex:  On- and off-line, sex is still a top seller. August 1, 2009. Ben Gilbert. Sadly, our analytics suggest readers weren’t looking for information when this came up in their search results.

7. Waste [mis]management: How our politicians got us into this mess and what they’re not doing to sort it out. September 1, 2015. Matt Nash. A hard look at the trash crisis and how we got there.