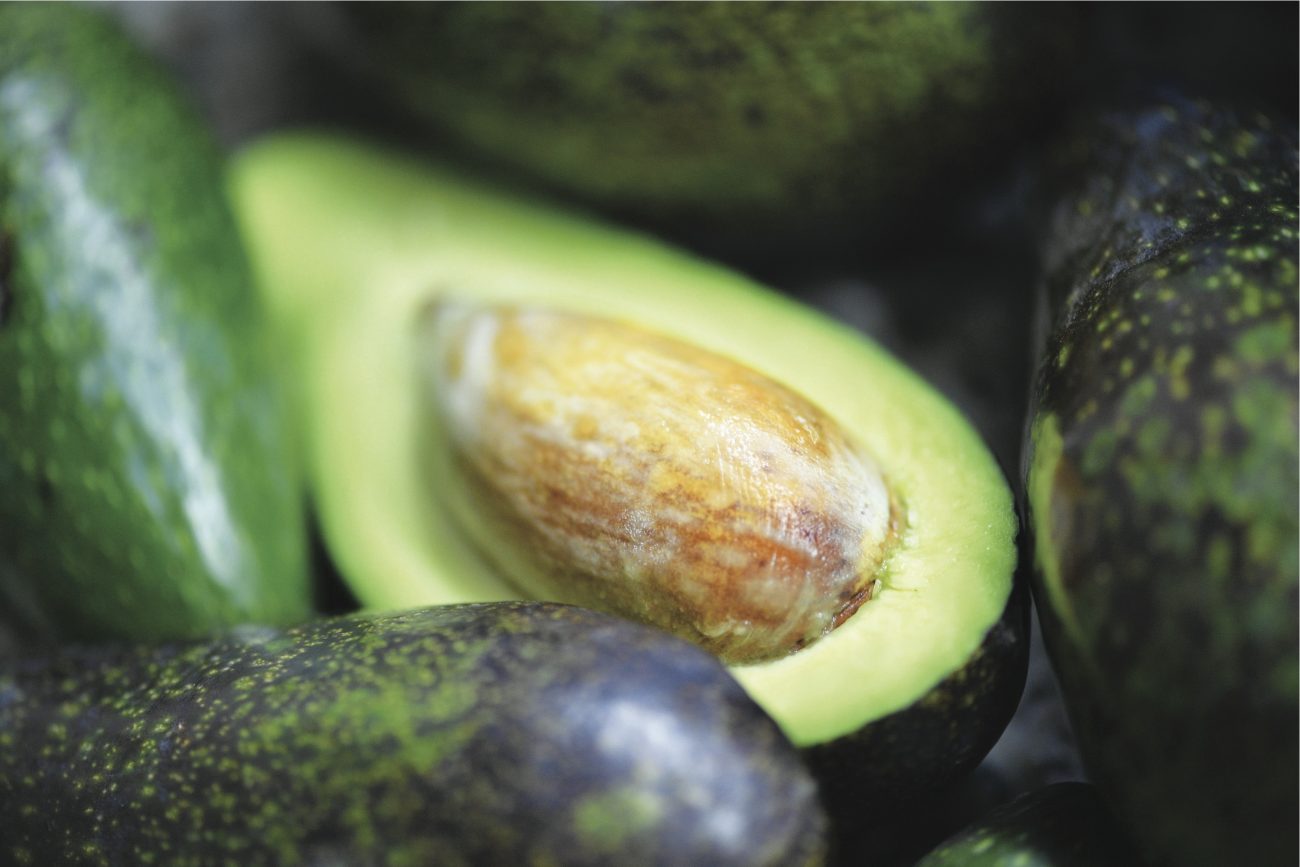 In summer 2018, McKinsey & Company, a United States-based management consulting firm hired by the Lebanese government to design an economic plan for the country, presented their report to government officials. Though the final report has yet to be made public, some details have made their way from government officials into the public sphere. From what was disclosed, the report sounds like a hipster’s dream: boosting the economy through the legalization of marijuana—albeit for medicinal export (for more on this, see Executive’s August 2018 issue)—and through the increased production of avocados, the diet staple of millennials.

While it was the legalization of marijuana in particular that grabbed international and local headlines, the inclusion of avocado cultivation in the plan triggered our curiosity at Executive, prompting us to research the potential for growing this lush green fruit on Lebanese soil. Lebanon, as it turns out, has an expanding avocado farming sector, supported by international organizations and local agricultural experts.

Avocado is a subtropical fruit, and so needs a mild climate to thrive, explains Kanj Hamade, an assistant professor of agricultural economics at the Lebanese University. This is exactly the climate characteristic of Lebanon’s coastal areas, which were first dedicated almost entirely to citrus fruits before bananas crops began to be planted.

Lebanese citrus, however, is facing challenges. Hamade explains that Lebanon’s subtropical crops used to primarily consist of citrus fruits, which were—and to some extent still are—exported to the Gulf. However, Lebanese citrus fruits are losing market share in the region due to competition and ageing trees. The cultivation of bananas, another subtropical crop, for a while matched or overtook citrus fruits and production was thriving, he says. This new crop briefly made this sector more profitable, with bananas primarily exported to Jordan and Syria. The boom-time for fruit farmers came to an end in 2012, however, as the Syrian war halted agricultural land exports, creating a saturated local subtropical fruits market, with an oversupply of both bananas and citrus fruits.

It was this oversaturation that led the Lebanon Industry Value Chain Development (LIVCD)—a USAID-funded project that has among its aims the goal to improve the competitiveness and value of Lebanese products and services in both local and export markets—to begin researching the possibility of avocado production, back in 2012.

Sandra Fahd, senior consultant for LIVCD and assistant professor of agriculture at the Lebanese University, says the project initially thought of utilizing Lebanon’s mild climate for avocado cultivation due to the high global demand for avocados, ensuring that it would prove a consistent and varied market. “Avocado is a crop that is highly demanded in a stable market. We do not need to rely on the Gulf for exports only—it can go to the Gulf, but it can also go to Europe, and Europe has a high demand for avocados. So it solves our dependency on the Gulf as a main market,” says Hamade.

Avocado also has a growing local fan base, ensuring a steady market at home as well. Fahd explains that while avocados in Lebanon have been traditionally used as a base for fruit cocktails, the past couple of years have seen the creamy fruit pop up as an ingredient on many restaurant menus, including the new avocado bar, L’Avo. She adds that over the past five years, the number of sushi restaurants in Lebanon has increased, which resulted in a higher demand for avocado, as it is used as a main ingredient for many rolls.

Fahd says that to ensure an even wider reach and market, LIVCD also worked on promotional activities, such as a promotional day, or participation in the cooking festival in 2014 and Horeca in 2015 to increase awareness about avocados among women from rural areas, extolling the health benefits of the crop and working with them to develop variations on well-known recipes, such as hummus or tiramisu, using avocado.

Fahd says that when LIVCD first began its assessment of the avocado sector in Lebanon, they found it largely disorganized and small-scale. “At that time—according to FAO [the United Nations’ Food and Agricultural Organization] and the Ministry of Agriculture—there were 3,700 growers, but we discovered that close to 50 percent of those were hobbyists or had very few trees. Also, when we started working on the ground in 2015, we found that there were very few lands dedicated to avocados alone, as they were mainly planted alongside citrus trees,” she notes, adding that in 2012, the FAO reported the number of hectares dedicated solely to avocados as just 660.

LIVCD also quickly discovered that there were no experts or academic references when it came to avocado cultivation in Lebanon. This was because the fruit was relatively new to the country, Fahd explains. “Farmers did not know the technical details and were growing them in a traditional way or through trial and error, so a lot of money and produce was going to waste because what they grew was wild, the market value of such fruits is little, and some are not edible,” Fahd says.

Compared to the costs of citrus fruits and apples—produce traditionally grown in Lebanon—the costs of avocado production are high, Fahd says. One avocado tree costs $16, compared to just $2 for an apple tree, making it a hefty initial investment for a large area of land. Return on investment, however, is considerable, with avocados generating an average of $8,000 per hectare, compared to $2,000 for citrus fruits.

The money involved in avocados means that avocado growers are not your average farmers. “The profile of avocado farmers is so different from all the other agricultural farmers in Lebanon because there is more money in it, and so people see it as an investment,” Fahd explains. “This is a worldwide occurrence, it is the same even in Florida and Mexico. It’s also unlike other sectors in that farmers are educated.” She mentions that those involved in avocado plantations are wealthy coastal land owners.

Hamade also believes that avocados are not a feasible investment for small-time farmers and sees in the crop an opportunity to encourage young entrepreneurs to get involved in agriculture. “It’s relatively knowledge intensive, so it could support investments from young people who typically don’t perceive agriculture as an option for them, as its high returns [could] encourage them,” he says.

With the assessment of the sector completed in 2015, the groundwork was set for LIVCD to organize the sector and help it grow. Fahd explains that LIVCD usually initiates a value chain project by increasing the market demand, but with avocado they chose to start by increasing productivity, as they realized there was already a high demand and an insufficient supply.

As such, the project began by training existing farmers and teaching them techniques to improve their growing skills and help make the most of their land. LIVCD taught them how to intensify planting so that the same piece of land could fit more trees and also introduced the drip irrigation system.

LIVCD, together with the farmers—and with the goal of increasing production—developed a calendar that would allow nine to 10 months of production per year by diversifying the varieties of avocados grown at different times.

Fahd says they also went into rural coastal areas where avocados were not grown and encouraged new growers to enter the sector by providing them with an irrigation system, while the growers provided the land and crops. To further motivate these new growers, the project worked with local nurseries to establish a unified and fair price for avocado trees, regardless of the quantity bought.

In total, LIVCD has trained 964 avocado growers. The number of hectares dedicated to avocados has also increased from 660 in 2012 to 720 at last count, at the end of 2016. Fahd says the project worked more on improving the yield per hectare of existing farmers than on introducing new farmers to the market. “Our goal was to improve the productivity per dunam of land (1,000 square meters), because according to our calculations, one dunam was used to produce less than 500 kilograms while now the same area is producing double [that], or 1 ton.” She explains that while the initiative has indeed increased production, avocado prices have not gone down because they simultaneously worked on opening new channels for distribution.

Through LIVCD, Lebanon began exporting containers of avocado to Europe in 2017. Fahd explains that European countries chose to import avocados from Lebanon because the Mediterranean avocado production calendar is the opposite of Latin America’s—when Mexico or Peru are short on avocados, Lebanon is in high production, making it a viable alternative for avocado-starved countries. Lebanon has also been exporting containers of avocados to the Gulf since 2016 and has opened new export channels to Jordan.

Although the demand for the avocado fruit itself is high at the moment, Fahd hopes to ensure a market-sustainable crop and says LIVCD is also supporting local avocado growers in experimenting with avocado oil production, for use in beauty products and in some natural remedies.

The challenge for the continuity of Lebanese avocado cultivation lies in the land it is grown on. Coastal land is  highly desirable from a real estate perspective, which in turn threatens the future of local avocados. “The government should designate certain lands on the coast for avocado, since agriculture serves and employs more people than real estate,” Fahd says, adding that LIVCD cannot influence the government and must instead work with the reality on the ground.

Hamade believes that in order to truly benefit from avocado cultivation at a national level—and for this crop to not only be a means for the rich to get richer—the agricultural sector needs to be restructured in a way that would see small- and medium-scale farmers integrated into avocado planting. For the time being, local consumers, and those in the countries we export to, can continue to enjoy Lebanese avocados, regardless of who planted them.