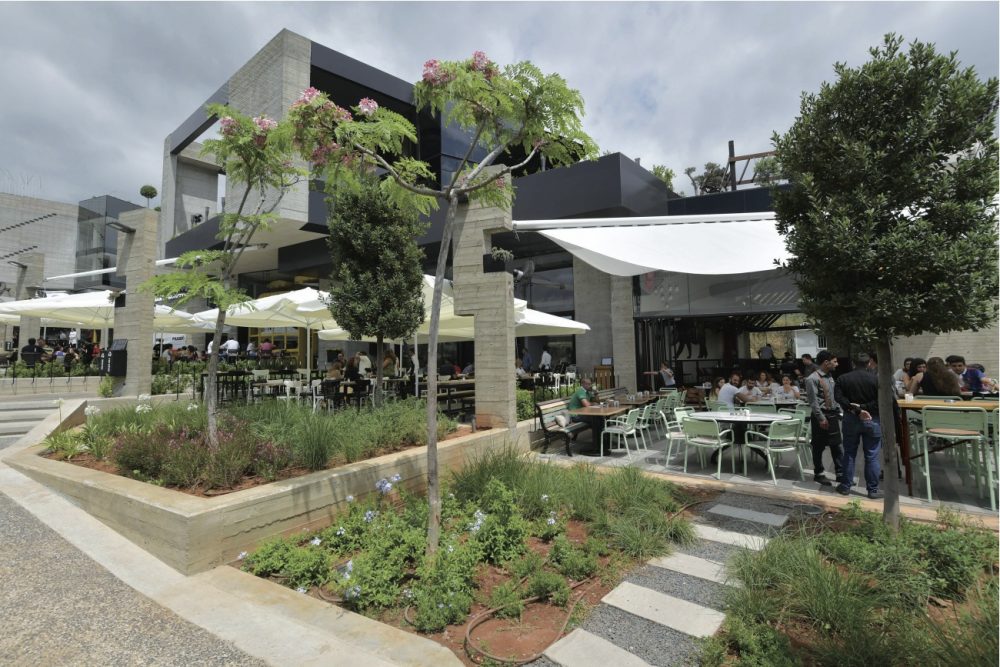 In May 2016, a collective online call to action, under the hashtag #lawshumasar (whatever happens), was issued by key figures in the creative and productive sector to keep working in Lebanon no matter what happens.

It seems the Food and Beverage (F&B) subsector in Lebanon has heeded this call as its productivity continues to grow despite a challenging and ever changing playing field.

Modern day operators in the hospitality sector consider the period between summer 2008 (following the Doha Agreement) and 2011 to be the “golden years” of tourism in Lebanon, wistfully recalling the thousands of visitors who used to flock to the country, mainly to the capital Beirut, annually filling up its hotels and the waiting lists of clubs and restaurants.

Jean Beiruti, head of Lebanon’s Touristic Firms Syndicate, says revenues generated by tourism in 2010 reached $9 billion, according to the World Tourism Council, while Tony Ramy, head of the Syndicate of Owners of Restaurants, Cafes, Night-clubs & Pastries in Lebanon, places the hospitality sector’s contribution to GDP during the period from 2009 to 2011 at 12 percent.

Four years into regional conflicts and internal instabilities (the most recent being the bombings of BLOM bank’s headquarters in Beirut and in the village of Qaa), these golden years are a distant memory, often evoked as validation of the hospitality sector’s potential under more favorable circumstances. Today, according to Beiruti, the sector’s direct contribution to GDP is eight percent, and it rakes in $3.2 billion in revenues, less  than half what it used to in 2010.

With access to Lebanon via land largely blocked, the country lost a main source of touristic revenue from those who used to visit by car. Beiruti estimates, for example, that 220,000 Jordanians used to visit Lebanon that way.

This, coupled with the ongoing sensitivities between Lebanon and the Gulf countries, which include a travel ban preventing nationals from some GCC countries from coming to Lebanon, have led to a decrease in the number of traditional tourists to the country and have thus negatively impacted the hospitality economy.

[pullquote]With inbound tourism at such a low for the past few years, the F&B sector’s main customers have become those residing in Lebanon[/pullquote]

While today tourists from Egypt and Iraq seem to have replaced tourists from the Gulf, Ramy explains that they are incomparable since Gulf nationals stayed for a longer period in Lebanon, often owning homes in the country,  while Iraqis and Egyptians stay for a few days only – judging by the length of their hotel stay – and generally have lower purchasing power than GCC nationals. Ramy estimates that on average, tourists from the Gulf used to spend $5,000 per week in Lebanon as compared to other nationalities, such as Egyptians, that spend around a $1,000 per week.

According to Beiruti, today the main market for tourism in Lebanon are the Lebanese expats who come to Lebanon to visit their families and homeland. F&B operators Executive spoke to attribute the increased activity in their venues during both summer and winter holidays to these expats who want to enjoy their time during their visits home.

On the other hand, Ramy sees that even expats who visited Lebanon on an annual basis before are nowadays decreasing the durations of their visit, preferring instead to divide their holidays between Lebanon and neighboring countries such as Cyprus, Turkey or Greece.

“When it comes to Lebanese expats, we have noticed in the last two years that outgoing tourism has become very high. These expats come to visit Lebanon for a few days to see their family and then head to the Greek islands or Cyprus or Turkey or Sharm El Sheik for a vacation. This is because these countries are passing through their own crises and so their prices have gone down and they are competing with us even over the Lebanese expats,” explains Ramy (for more on regional integration of tourism, here).

Counting on the locals

With inbound tourism at such a low for the past few years, the F&B sector’s main customers have become those residing in Lebanon, and F&B operators across the country tell Executive that 90 percent of their current customers are Lebanese. “Until the region calms down, we will always be affected by regional instability. But our focus is on the people who consume our products day in and day out, and we are working to win their loyalty and taste,” says Karim Miknas, managing partner of Miknas Food SAL, the licensee of McDonald’s Corporation in Lebanon.

Catering to Lebanese residing in Lebanon needs a different game book than catering to an influx of tourists and expats. “The local Lebanese are still going out but they have lower purchasing power and so are going out in a different manner than before,” says Ramy, giving the example of people ordering less than they did before in restaurants or drinking a bit at home before going out clubbing. He adds that in 2010 Lebanese generally spent three times more on their outings than they do today.

One of those differentiated strategies employed by F&B investors is finding new markets in Lebanon, but out of Beirut, which has become saturated with outlets and is more tourist dependent than other areas in Lebanon. “The year 2016 has been very challenging, and we can feel that Beirut is not [as] sexy as the previous years. This is due to two main factors, which are the political and economic situation, which meant no more extra flow of tourists, and also because you had a lot of new restaurants opening in Beirut for the same traffic. So, you have around 30 percent more restaurants and places to go to, but for the same number of people who go out,” explains Donald Batal, Founder of The Ministry of Food, a company which owns and operates  Classic Burger Joint and Tomatomatic.

[pullquote]“The year 2016 has been very challenging, and we can feel that Beirut is not [as] sexy as the previous years”[/pullquote]

Marwan Ayoub, co-partner in cluster development company Venture Group, says their experience with developing Uruguay Street back in 2010 (the hospitality cluster street located in Downtown was a success when tourism was at its peak but started suffering when tourist numbers declined) taught them to work on projects out of Beirut that would rely on the neighboring communities for their survival.

“We took a big hit in Uruguay but it won’t be the case with such a project [like The Backyard Hazmieh] because it’s not tourist based and instead attracts the community and surrounding environment, same thing for Dbayeh and our future projects. It’s not that tourists won’t visit the clusters, especially since they have become destinations in their own right and we will benefit more if tourists come, but we have learned in the past six years to develop projects that rely mainly on the local community,” explains Ayoub.

Another coping strategy employed by F&B operators is to make sure their offerings target a wide range of tastes and purchasing powers. Miknas gives the example of McDonald’s expanding its product line in Lebanon to include McCafé cakes and coffees: “Just because we don’t open new locations doesn’t mean that we are not growing; we grow in our sub extensions and product offerings, and have seen more growth in the past two years with fewer outlets.”

Boubess Group portfolio includes both hybrid café concepts, such as Cozmo Café or Café Hamra, and fine dining concepts, such as Metropole or The Butcher Shop & Steak House, which ensures they have the Lebanese market’s culinary needs covered. “In this situation, you either try to reduce costs so you can decrease the average cheque and attract the masses or you can go into the niche where the higher prices are more justifiable through the ingredients used, service provided, locations and the prestigious décor; in this case the lower footfall in such places is compensated by the higher average cheque,” explains Hady Fadel, marketing manager of Boubess Group.

Summer 2016 has been off to a slow start due to the Holy Month of Ramadan falling in June. Beach resort operators south of Beirut are most affected by this, explains Beiruti, in addition to those with outlets catering to nightlife.

Still, Ramadan ends the first week of July and those in the F&B sector are cautiously optimistic that they could benefit from a certain level of increased footfall and activity this season. “I still believe we are going to have a good summer and that people are going to come to Lebanon but we have to be realistic, they are not going to do so in droves,” concludes Miknas.