Where the Lebanese are opting to spend their beach days

Located on the shores of the Mediterranean Sea — however polluted they may be — and enjoying a summer season that stretches from mid May until the end of September, Lebanon’s coast is dotted with various beach options ranging from increasingly rare free spots to top end luxury beach spas.

Where beachgoers choose to spend their time depends on several factors including income level, personal taste and the latest trends in offerings.

With inflation driving up entrance fees at most resorts — the average rate for beach clubs in Beirut on weekends including Fridays is now LBP 40,000 ($26.6) — many people are instead opting to drive the distance to the free public beaches of Tyre in the south or to beach clubs in Batroun with minimal entrance fees.

The September 2021 Art Special Report will seek to assess the state of the Lebanese art scene in the midst of the financial, social, medical, and political crises.

Stories will focus on the different pillars of the cultural community - artists, critics, museums, collectors, and the public – to frame their particular voices in defining and preserving Lebanon’s cultural history and its future:

The sandy beach of Tyre has benefitted from a process of reorganization that began in 2000. According to Dalya Farran, owner of Cloud 59, a 12 year old bar and restaurant hut on Tyre’s public stretch of beach, prior to the Municipality of Tyre taking over management of the beach, chaos reigned with vendors selling whatever they wanted from carts. The municipality, together with the Ministry of Environment, consequently stepped in to bring order, since the shore is part of a natural reserve. “When the municipality took over this area, they organized it by setting standards for venue size, hygiene, clearly displayed pricing and layout,” she says. She explains that they currently rent the space from the municipality per season starting in May, build up everything and dismantle it at the end of the season usually in September. 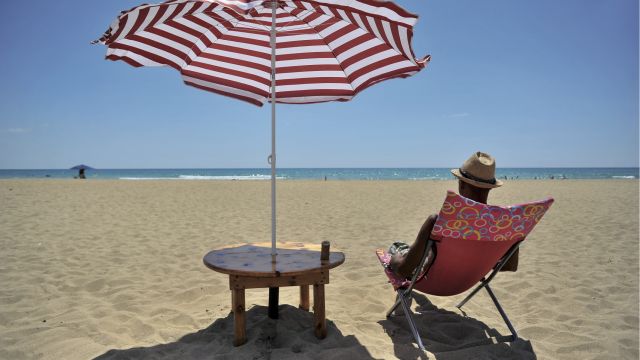 Cloud 59 has a maximum capacity of 500 people and Farran says this season is off to a very good start, as they have been full on weekends with guests usually booking a week in advance. Access to Cloud 59 is free on weekdays with patrons only paying for what they order. There is a minimum charge of roughly LBP 10,000 ($6.6) on weekends. “It is a good idea to keep it a public beach because most of our customers come from Beirut which means they already pay for gas. People with average income want to enjoy themselves, so instead of paying for entrance, they pay for what they want in terms of food and drinks,” Farran says.

Jimmy El Hachach, bar manager at Batroun’s Pierre & Friends Beach bar and restaurant for the past 10 years, also praises the benefits of having no entrance fee for beach access, explaining that this non-materialistic attitude puts customers at ease and builds a relationship of loyalty and respect. “The revenues we make from having good service and tasty food is more than what we would get from an entrance fee. One day, a person might only order a beer all day and the next day he could be having his birthday party with a bill of $200,” he explains. He says that over the past 10 years, footfall at Pierre & Friends has been on a steady 8 to 12 percent annual increase, with 70 percent of their customers coming from Beirut.

The finer things in life

On the opposite end from those who opt for the simple beach experience are those who want to pamper themselves on their days off and willingly fork out the entrance fee to the more luxurious beach resorts Lebanon has to offer.

Madame Bleu in Ain el Mreisseh, formerly known as La Plage, is AddMind’s newest foray into the beach resort business (after Bonita Bay in Batroun and Iris Beach Club in Jiyeh) and charges a $35 entrance fee on Fridays and the weekend.

According to Karine Khoueiry, sales and marketing manager at AddMind, people don’t complain about paying this fee — or any of the entrance charges to AddMind’s beach resorts — offering as proof that Madame Bleu, which has a capacity of 156, is always busy, even without marketing or advertising efforts from their end.

Jiyeh’s Orchid Resort also boasts a luxurious beach experience and charges an entrance fee of $35, which Khalil Noujaim, the resort’s manager, justifies by saying: “Inflation has been a common factor in our economy for the past several years and this has impacted a lot of businesses, hence the increase in prices at the beaches and across other industries. We try to compensate for this by offering more to our guests and enhancing our services and experience.” Orchid Resort will open the first phase of their new project, Orchid Lounge, in Batroun by the end of the month. 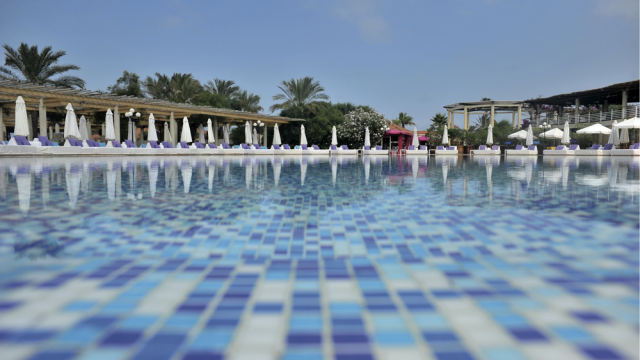 What lies in a beach choice?

Other factors that influence people’s choice of beach venues include personal taste — those who enjoy loud music often opt for beach clubs with afternoon parties while those who want a sandy shore instead of a rocky one head to the south or to Chekka in the north — or familial status, with families seeking out child friendly resorts with pools and safe beaches.

Starting last year with a change in management, Bamboo Bay in Jiyeh added a children’s play center and extended the family area to attract more customers to their resort. The resort’s manager, Mohammad Abed Al Menim, says that they also introduced argeeleh to their menu and Arabic signage everywhere to attract a wider variety of clientele including Arab tourists.

Location also plays a key role in people’s choice of beach spots, especially since after a long day at work some customers are more likely to opt for the nearest beach resort to maximize their time in the sun, Khoueiry explains.

Not every day is a sunny one for Lebanon’s beach resort business, and the internal security challenges that have affected the country since 2011 have taken a particular toll on the beach resorts of the south, with Farran saying they had a few quiet weekends last year due to security incidents that discouraged people from driving down.

“We may have witnessed a minor drop in business, which only started at the end of June 2013 with the Sidon incidents, but a slight pick-up took place last year and we are hoping that in 2015 things will go back to normal. So far, May was a good indicator that people are not associating the area with trouble anymore. Of course, we always expect good days ahead. It’s in our nature as Lebanese,” Noujaim explains.

The occurrence of the holy month of Ramadan in the summer season has also had a negative impact on business for the country’s beach resorts. Fadi Edde, resort manager at Eddé Sands, says that Muslims have been the largest contributors to revenue and that their loss during Ramadan will slow business down.

The decrease in the number of tourists from the Arab Gulf region over the past few years has also negatively influenced some beach resorts, with Abed Al Menim explaining that their customers from the Gulf typically spent approximately 40 percent more during a beach day than Lebanese residing in Lebanon, and therefore their dwindling numbers have been felt.

Despite the challenges, however, the beach resort managers Executive spoke to say this season is shaping up to be a better one than its predecessor, with August expected to be a particularly busy month. So grab your beach towel and go enjoy the sunshine!

Such an informative article, but i have doubts that August month will be the busiest as for the following factors
– Temperature is so high than average level compared to previous years and it could be harmful…so people will tend to spend less time at lesser cost beaches, ie public beaches

– Jellyfish wave season that immigrate during August and this will drawback many people who want to swim in sea rather than in pool.