Perhaps the strangest phone call Amyr Klink ever got was in the summer of 1984. Picking up the line he heard his father’s booming voice, calling from the office of Pierre Gemayel, the founder of the Kataeb Party in Lebanon.

This was unusual in many ways — his father had rarely travelled back to the country of his birth since he left in the 1930s and with Lebanon’s vicious civil war intensifying he was putting his life at risk. Gemayel’s son Bashir had been assassinated two years earlier after making an agreement with the Israelis. While Klink’s father was deeply hostile to Israel, he maintained a friendship with Pierre — who himself would be dead of a heart attack within a few months.

Yet if his father’s location was unusual, Klink’s was odder still. For at that moment he was in a 5-meter boat — well on the way to becoming the first person to ever row across the South Atlantic Ocean alone. He had been over two months without seeing another soul and was only communicating with the outside world twice a week to confirm he was still alive. 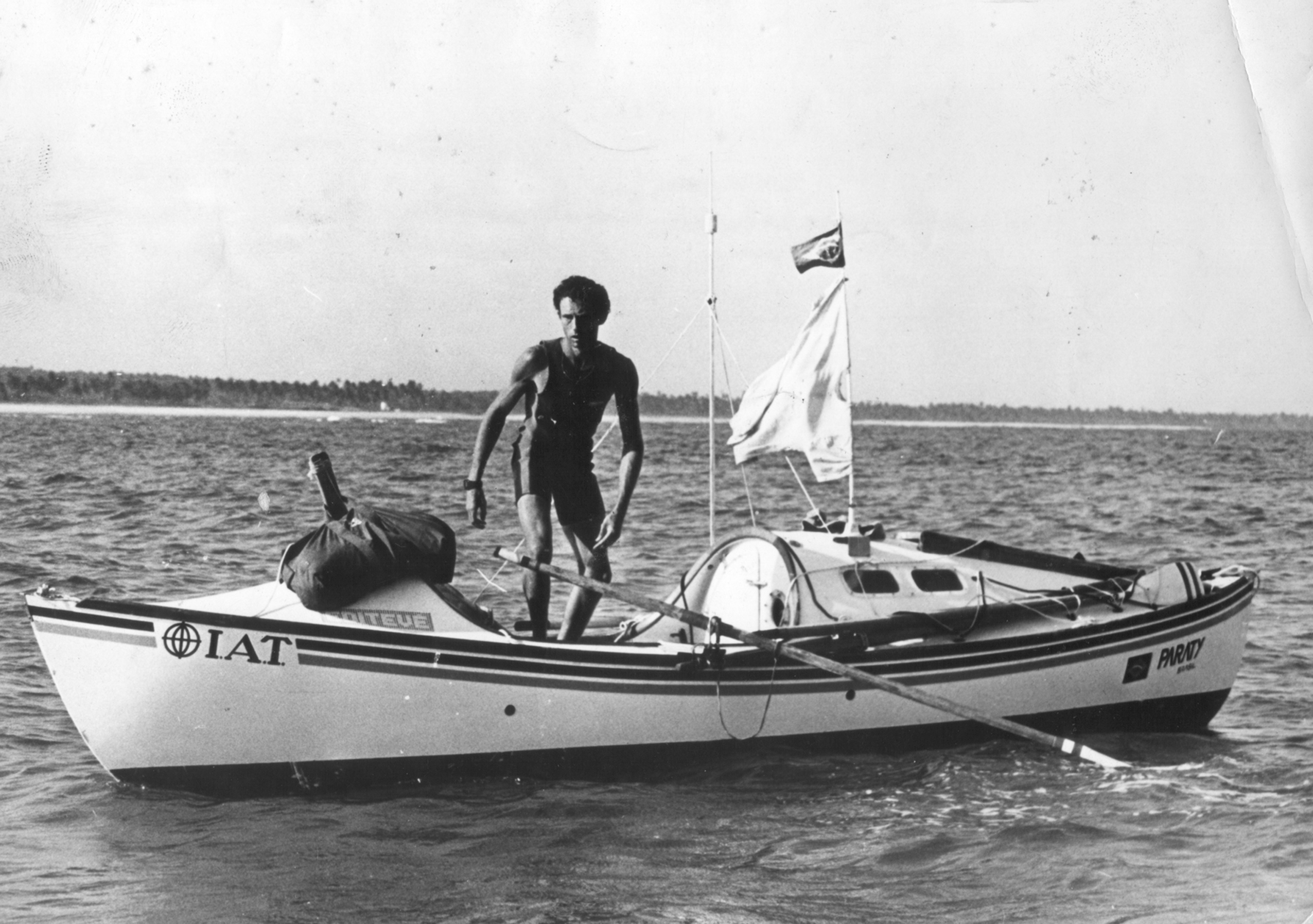 But his father was not calling to cheer him on. In fact he was furious — Klink had set off on his epic journey without telling him, knowing he would disapprove. “He shouted: ‘You should have told me before,’” Klink recalls, mocking his father’s bellowing tones. ‘Now Neptune must protect you!’

It was shortly after his cousin in Lebanon had lost his leg in a bomb attack and despite his father’s anger, the rather bizarre call actually gave Amyr a sense of perspective in the middle of his epic struggle. “I had completely different problems, but I was feeling kind of privileged to be in the Atlantic with no worries at all. I just had to row ten hours a day, but [the Lebanese] had a very complicated life,” he says.

Klink is Latin America’s most famous explorer (one Brazilian described him to Executive as “like our country’s Indiana Jones”). In an era when navigators are very rarely household names, his record is astonishing.

[pullquote]Throughout his career when he was told something was not possible, he sought out another voice that would say it was[/pullquote]

The South Atlantic trip — which began in Namibia and ended exactly 100 days later in Salvador, Brazil — was a landmark that explorers had dreamed of for years. Many had perished attempting it. After writing the story of the trip into a bestselling book, “100 Days Between Sea and Sky,” he then switched his attentions. “Everyone was asking: ‘which is the next ocean you will row?’ I said no. I enjoyed it very much but I don’t want any rowing experience any more in my life,” he says. “I wanted to go sailing.”

With the freedom afforded him by newfound fame, he switched to designing and commissioning the perfect boat for an epic trip to the end of the earth. It took him nearly five years — a period in which he infuriated numerous designers by changing plans — but in 1989 he set off to sail from Antarctica to the Arctic, a trip that had never been done alone before.

In total he would spend 642 days on the boat, including seven whole months when the vessel became frozen in the Antarctic. There were, he admits, a few times when he thought he might not make it. “I had two or three weeks of very bad weather — waves of more than 25–30 meters for 10–12 days,” he says, before adding that while there he was fearful it was also strangely peaceful. Nearly a decade later he would again set out to circumnavigate the Antarctic on his own — again a first. The 79-day trip was called “Antarctica 360.” 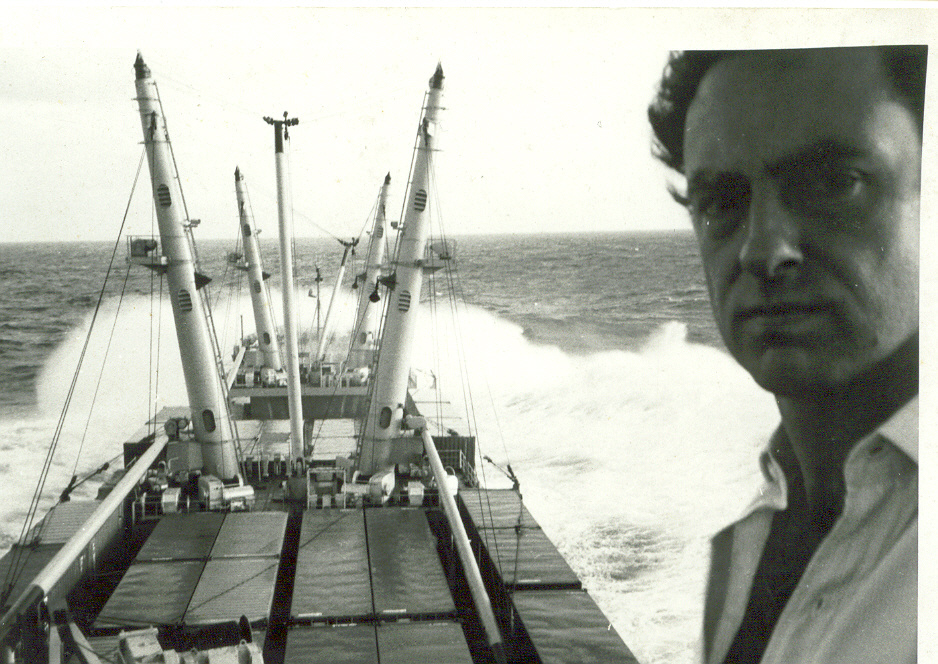 Sitting in his São Paulo office, the 48-year-old is surprisingly studious for a man with such achievements — more university lecturer than crazed explorer. Yet he is far more comfortable talking about naval technology than he is discussing how he felt during the trips. Time and again he denies that he has done anything that other humans couldn’t do. “I hate this stuff about testing your limits,” he says as he tries in vain to explain what drives him forward.

Perhaps the hardest part to understand is not the super-human determination to keep going — during the Antarctic trip he often went 40 hours without sleep, and even when he did it was never for more than 45 minutes — but the lack of loneliness. Klink says he never once felt alone while sailing — despite going over a year without human physical contact.

He says he is not an introverted person and had no desire to disappear from the world. As a child he “never enjoyed being by myself,” he says. “But at sea it is a different experience — you must do it all by yourself, you are very concentrated on what you must do, what you cannot do. It is quite stressful, so every moment you have when nothing is broken is a nice moment. At the end you don’t feel the weight of being alone.”

When stranded in the Antarctic he feared the boredom would creep in, but it never did. “I took 600 books on the boat to read and I had no time to read even one. There were so many things every day, organizing energy and heat and water. Getting the first picture of the first [penguin] eggs, and the first seals coming, and the waves coming back. So it was very, very busy. It is funny but it is true.”

Klink attributes his success primarily to well-designed boats, but his modesty is far from convincing. The answer to his determination may in fact lie with his family. His relationship with his father, who he describes as a “very difficult man” who enjoyed arguments and debate, appears a key factor in driving him. 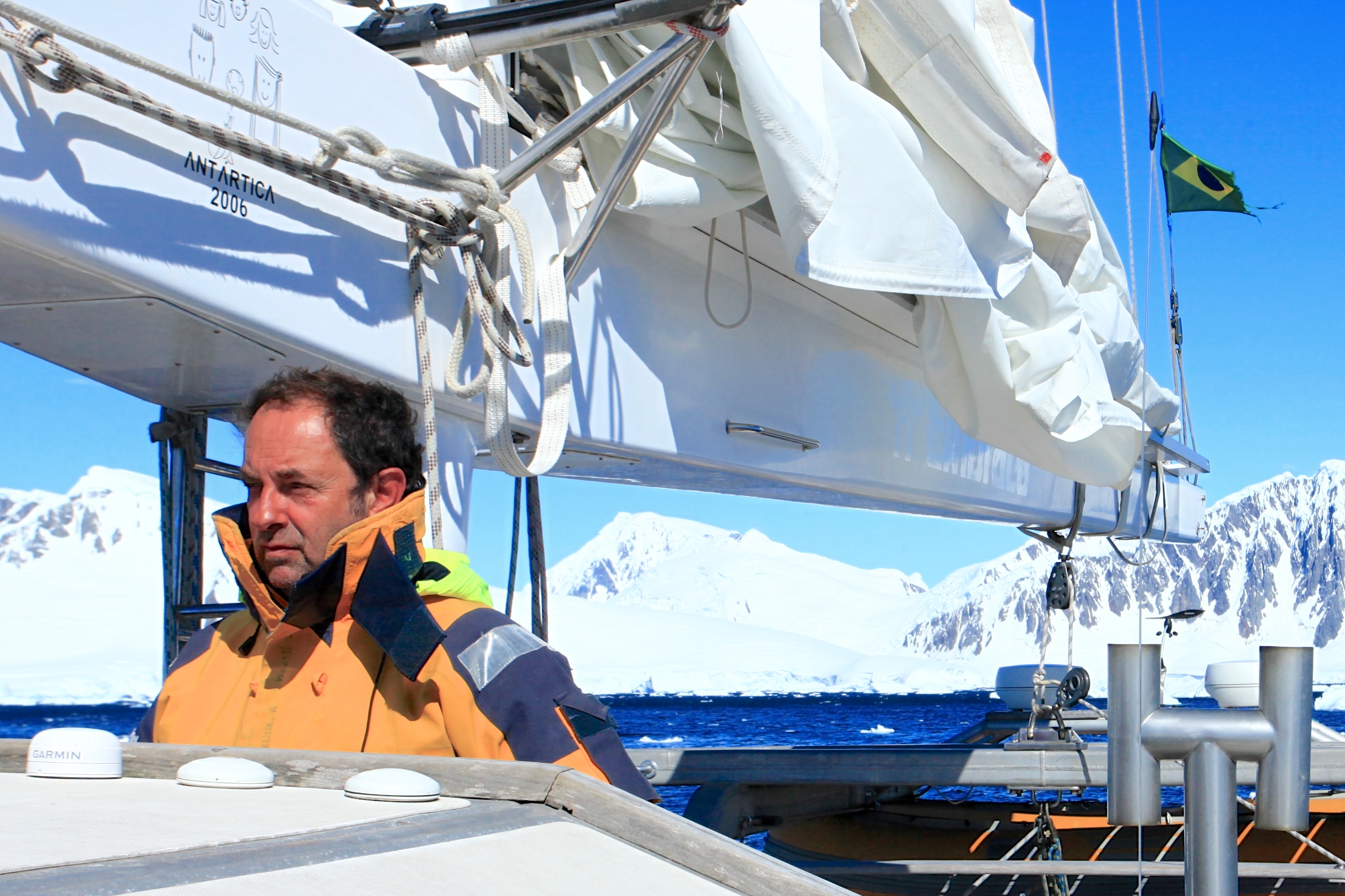 [/media-credit] Klink off the coast of Antarctica

He was ultimately a stubborn and determined figure — something that Klink certainly inherited. He recalls, for example, the fight within the family over the land they owned in the town of Paraty, a few hundred kilometers from São Paulo. Growing up, Klink was frustrated by his father’s unwillingness to sell or develop the land. “He said ‘the only important thing is to have wood and water, wood and water.’ We were always trying [to persuade] him to develop and put cattle plantations and other developments,” he recalls. “Today, after 50 years, we realize he was right — the highest land in Paraty is the land that was not developed. It became a very special place because the land was not developed like other towns.”

While the softly spoken Klink is unlike his father in style, perhaps he is not so much in substance. Throughout his career when he was told something was not possible, he sought out another voice that would say it was.

Nowadays his adventures have been scaled back, though he still makes regular trips to the Antarctic. The next challenge may be to sail from Europe to the land of his father. One uncle is still alive in Jounieh and he would like to take his children there. “I am a bit afraid of bureaucratic issues of sailing there with Israel but I think we can do it.”

A home for everyone

Waning ties with the diaspora