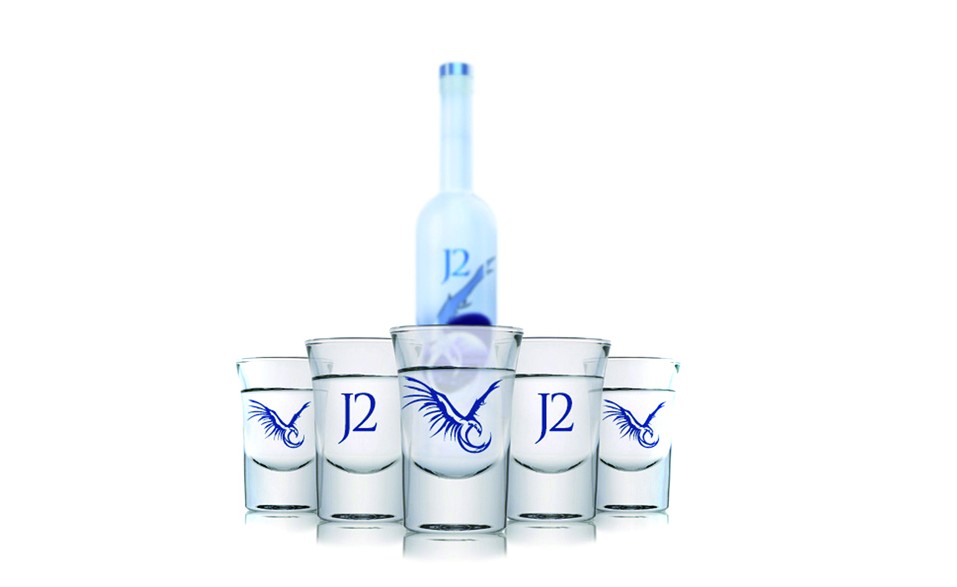 Just a year and half since it was first developed and a few months after its launch, J2 vodka has already received a positive response among young Lebanese, who are drawn to its smooth taste as well as the brand’s marketing.

Yet Adam Aboulhosn, general manager and CEO of the Middle East Beverage Company, which is behind the vodka, is not satisfied with J2 as a passing trend. Instead, he sees it developing both locally and regionally in the next few years.

J2 vodka is available both in on trade (clubs, bars, restaurants, etc.) and off trade (supermarkets, liquor stores, etc.) divisions, and the company handles its own distribution. They work with Abdelnour, a distribution company, for logistics to avoid a conflict of interest that would arise if J2 were to be distributed by one of the big distribution companies in the country, since they all have at least one major imported vodka in their portfolio.

Off trade, J2 is available in Aziz and Enoteca, both considered specialist wine and spirit shops that cater to a niche market, and while Aboulhosn is happy that J2 is found in such outlets, he is excited about its recent venture into Spinneys. “In Spinneys, we can reach a wider client base because they have many outlets and are the number one, among grocery stores, in alcohol sales,” he says. J2 will be available in all Spinneys outlets, and will have two stands in the Hazmieh and Dbayeh branches, where alcohol sales are the highest.

Aboulhosn explains that although most alcohol sales are made in the off trade division, this is usually not the case with premium vodkas in supermarkets. “Premium and super premium vodkas usually make limited sales on the off trade division because when you go to a supermarket and all the prices are listed, you feel how huge the gap is in price between the normal and the super premium category, and psychologically you are more inclined to go for the medium range,” says Aboulhosn.

J2, which is considered premium, has the advantage of being a Lebanese product, making customers more inclined to buy it over other premium vodkas, explains Aboulhosn. “People enjoy taking it to a party or bringing it home because it’s a Lebanese company with a Lebanese vodka. We want them to feel proud just like they feel proud when they drink Lebanese beer or wine,” he says.

On trade wise, J2 is available in about 40 bars and pubs in Beirut, mainly around Uruguay Street, Hamra and Mar Mikhael. Aboulhosn says they are considering expanding into the north, to cities such as Batroun or Byblos, where there are interesting opportunities.

Explaining why J2 is not available in Lebanon’s big clubs, Aboulhosn says that these often have exclusivity deals with big distributors. He also says that bars and lounges are more popular these days as people cannot afford to go clubbing as much as before.

“We would like to grow faster, obviously, but considering the situation and considering the tourism numbers, and the fact that the sales in bars are low, I think we are doing very well. Off trade we are doing very well. Our operations manager is working very hard and we are hiring new people to work on the on trade side,” says Aboulhosn speaking of J2’s market in Lebanon.

Although the brand has generated positive responses since its launch, with interested clients in countries as far away as Chile, Lithuania and the United States, Aboulhosn explains that since Lebanon is home, they need it to sell successfully here for at least a year before they can approach distributors abroad. “We already talked to distributors in Dubai and Iraq — before the ISIS issue — and they were very eager to work with us but said they need to see some sales in our home market first,” says Aboulhosn.

While it is too soon to speak of actual sales figures, Aboulhosn is counting on the Christmas season to truly assess J2’s performance, as long as it is a stable period for the country. “That is the nature of doing business in Lebanon: you have the ability to do so well but then, in five minutes, something happens and it’s not in your hands. However, the rewards are very high if you are lucky enough to be in the upwards cycle of the country at that time. Lebanese have gotten used to living in this cycle of ups and downs and this is what we try to capture in our theme behind J2. That is why we chose the Phoenix [as our logo], the bird that comes out of the ashes of destruction: Lebanese will still live their lives no matter what.”