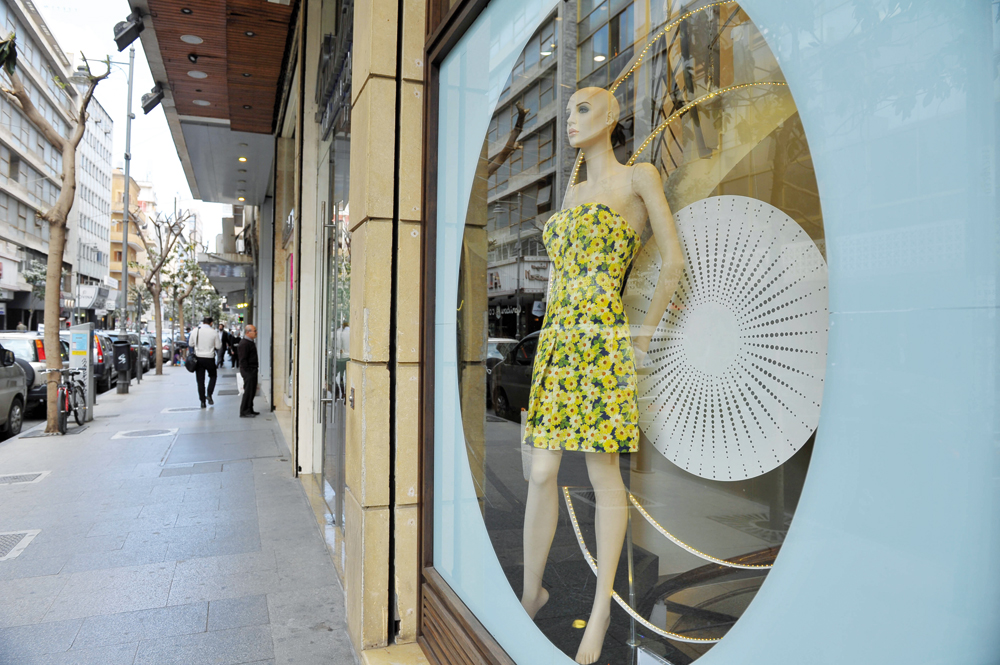 “Hamra Street is the closest street to what the Burj area (what is now referred to as downtown Beirut) was back in the 1950s, meaning it is working class to a certain extent, has a bit of everything and is a place where people of all income levels mix together,” says Saadi Hamady, owner of Poly Project Inc. which operates Bricks on Makdessi Street, describing Hamra Street in an earlier interview with Executive.

Hamady’s statement can be quantified through a casual walk down Hamra’s main street where approximately 130 commercial shops, excluding food and beverage (F&B) outlets, are packed side by side. In total, there are about 800 retail outlets on Hamra Street and its immediate vicinity, according to last year’s count by the Hamra Traders Association, in which they included everything from travel agents to money exchange shops, F&B outlets aside.

In these outlets one can find everything from lingerie to abayas, Italian leather shoes and bags to knock off designer items, and from international mid market fashion brands aimed at teens and young adults to locally designed clothes catering to older women. Beyond the realm of fashion, Hamra retailers also boast items related to culture, such as books, paintings and artisanal products.

Executive took to the streets of Hamra to find out whether these varied retail venues have achieved any substantial sales for their owners.

While Beirut’s downtown area was historically the commercial heart of the city, Hamra Street began its own commercial growth in the early 1960s when real estate development gained momentum in the area. What was previously a calm street with a few villas and land used for agriculture (it is said that Hamra, Arabic for red, got its name from its distinctive red soil) was becoming a cosmopolitan destination with theaters, sidewalk cafes, a few retail stores and modern residential buildings of the time.

Many of the retailers on Hamra Street say they originally had their outlets in downtown but moved here after the destruction of Beirut’s downtown area with the eruption of the Civil War, when the various militias took over the area, ransacking and burning the businesses there (downtown was directly adjacent to what became known as the Green Line, separating East and West Beirut during the years of the war). “When our outlet in Burj burnt down, we looked for an area to relocate to and decided that Hamra, which was at its peak in 1975, was the best choice,” says Mohammed Nsouli, owner of Veni Vici, a women’s apparel store towards the western end of Hamra Street.

[pullquote]“We used to sell more in 1975, and for comparatively better prices than we do now”[/pullquote]

Despite the onset of the Civil War, retailers interviewed for this article insist that business in Hamra in the 1970s was very strong. “We used to sell more in 1975, and for comparatively better prices than we do now,” says Zouhair Itani, head of the Hamra Traders Association and owner of Dallas Stores off Hamra Street which sells mainly international brand jeans, giving the example of how he used to sell imported jeans for LBP 60 when the average monthly salary was about LBP 1,000 at the time.

The intensification of the Civil War took its toll on Lebanese retailers, but with its conclusion in the early 1990s, Hamra slowly began to regain its shopping clientele. Traders interviewed for this article generally agree that the mid 1990s and most of the 2000s were good years for them in terms of sales and footfall in Hamra, especially after the rehabilitation of the main street in 2004 when the sidewalks were widened for easier pedestrian access and the asphalt on the street was replaced with the more attractive cobblestones.

“There was a lot of dynamism and work in the country, specifically in our [retail] sector during that period,” says Ghassan Tabbara, owner of Baby Doll, an apparel store targeted at young women on Hamra Street. He explains that there were a lot of tourists in Hamra during those years and they came to rely on them as their main clients.

In fact Khalil Mardini, owner of Flora, a lingerie store facing Costa Café, says he transformed the snack shop which his family had operated on Hamra Street since 1976 to its current positioning as a retail store in 2005 because “the food business was declining in Hamra back then and it was becoming more known as a commercial area with some coffee shops,” he recalls.

Today, Hamra, in addition to its other functions, is a shopping area for mainly the low to mid income bracket, with many prices starting from $5 for a t-shirt to $200 for a two piece suit depending on the store, according to the retailers interviewed for this article.

Similar to other retailers catering to the mid income market, Hamra’s traders are complaining of the dwindling purchasing power among their Lebanese customers which has affected their business, especially in the last five years. “Today, retail business in Hamra is slow despite the constant pedestrian activity we see on the street. The Lebanese have a weak purchasing power as the average income is low compared to market prices,” says Itani.

A parallel reason Hamra’s traders give for generally decreasing sales is the dropping number of tourists from the Gulf. “The market is getting worse every year due to the regional turmoil, which is preventing tourists from the Gulf from visiting Lebanon as much as before. We used to rely on them, especially during the summer, which is the traditional touristic season in Lebanon,” says Kamel Saad, owner of Omega, a jewelry and watch store toward the middle of Hamra Street.

However, some retailers on Hamra Street say the Iraqi and Syrian nationals who frequent their neighborhood compensate to a certain extent for the decline in tourists from the Gulf. According to statistics by Global Blue’s Insights into Tourist Spending report for the first quarter of 2015, Iraqis accounted for the largest percentage of tourists who reclaimed taxes after shopping in Lebanon (with Iraqi tax claims comprising 30 percent of the total number).

“We are relying mainly on the Iraqis who usually come for medical treatment in the nearby hospitals and for tourism on the side. We used to get a lot of Syrian customers, especially when they used to come for shopping trips over long weekends, but their numbers have declined over the past year,” says Mardini.

Big Sale, a large discount store in the heart of Hamra, says their main clients are “foreigners,” mainly Arab visitors from Egypt, Syria and Iraq who buy gifts for their families back home. They insist that the number of these clients has not decreased and attribute their high sales so far this year to their presence in the country for leisure, medical or professional purposes.

Another group of foreigners which some discount stores on Hamra Street say help keep their businesses afloat are the migrant community workers, especially from the Philippines, who attend mass on Sundays in the Saint Francis Capuchin Church located at the beginning of Hamra Street and then visit these stores for some shopping.

“Although the weekend is usually slow for us in Hamra, the Filipino community makes up for that in the few hours after church on Sunday that they have to shop. We sometimes make up to a hundred sales in that period,” says a sales manager at Akil Bros Stores.

Itani says that Hamra is in a generally better situation than somewhat similar retail areas such as Mar Elias or Furn El Chebbak, simply because its geographical location lends itself to more footfall, being surrounded by universities, banks and hospitals.

Yet, he believes more could be done to support the area and make it a more attractive location for tourists. “Security aside, a tourist will not put up with Lebanon’s infrastructure, with the heavy traffic in the city, no electricity and water, and why should they?” he asks.

The Hamra Traders Association is promoting Hamra through street wide events and through lobbying for better infrastructure but until more is done at the governmental level, many of Hamra’s independent retailers are merely hanging on.

[pullquote]“We are on the old rent; otherwise, we would have packed our bags and left”[/pullquote]

Today they are able to survive because most of them are on the pre-1992 rental agreement which means their rent is affordable to them. If the new rental law is passed, some retailers interviewed don’t see a future for themselves on the street anymore. “We are on the old rent; otherwise, we would have packed our bags and left. If the new law is passed, the owners have to pay us a big khelew [sum paid to the tenant to end a contract] which we would use to exit the retail industry,” concludes Tabbara.