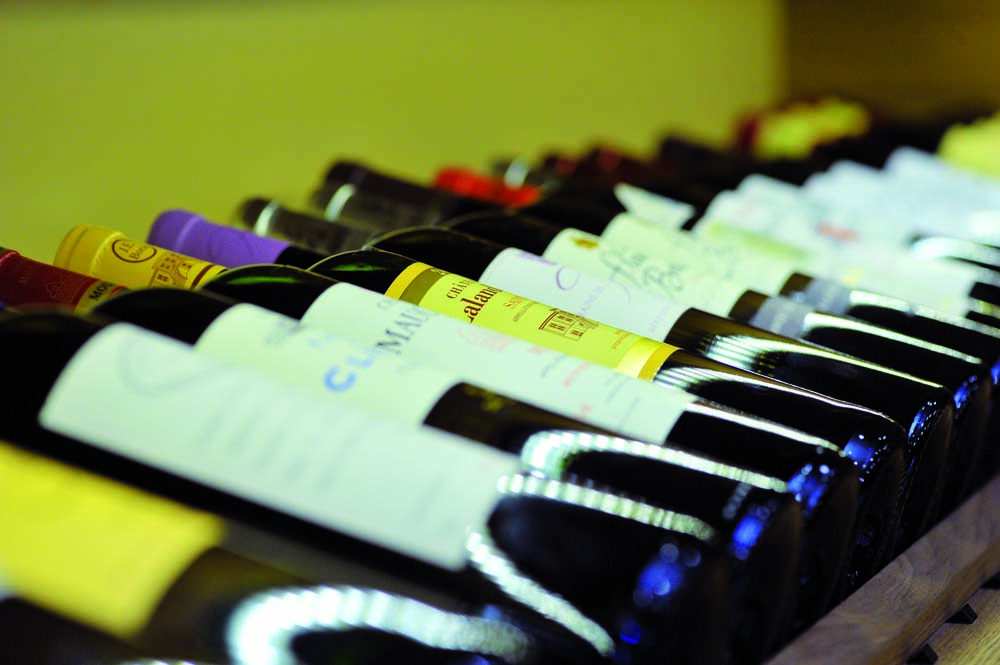 The choice is yours (Greg Demarque | Executive)
Reading Time: 6 minutes

They say few things are more enjoyable than a glass of fine wine or a single malt whiskey at the end of a long day — and it seems Lebanese drinkers agree. There has been a notable increase in specialized wine and spirits sellers across the country.

[pullquote]“When we started, there were only four to five wineries and now there are around 40″[/pullquote]

As Enoteca, a wine shop with branches in Zalka and Beirut, celebrates its 20th anniversary this year, its commercial manager Henri Debbane recounts that when they first opened, Lebanese consumed mainly whiskey and arak with their meals and there was little interest in wine, whether local or imported. “When we started, there were only four to five wineries and now there are around 40 so the number has increased. The consumption of both local and imported wine has increased a lot, and competitors in wine distribution have too,” says Debbane.

The signing of a major trade agreement with the European Union almost five years ago dropped custom taxes on imported wines to 35 percent, making drinking such wine more accessible to a wide range of consumers, explains Paul Choueiry, winemaker at Les Caves de Taillevent, a French franchise wine and spirits specialist store in Tabaris. “At the beginning, imported wines in Lebanon were only for wealthy people, because the taxes on them were 70 percent to protect local production,” he says.

Today, according to the wine sellers Executive spoke to, French wine remains by far the most consumed imported wine in Lebanon followed by Italian wine, while new world wines account for barely 5 percent of the total foreign consumption in Lebanon. “Globally, there is more interest in new world wines, but in Lebanon we still pay 70 percent custom duties on wines imported from outside Europe, which means that if we import a $5 bottle of Chilean or South African wine we would have to sell it at $40 to still make a profit, which is absurd,” says Choueiry, explaining that Les Caves de Taillevent does have around 25 bottles covering all the smaller wine production regions, but they are more complementary to their cellar and are seen as accessories.

The wine sellers Executive spoke to all have at least one Lebanese wine in their portfolio, with Les Caves de Taillevent and Vintage promoting local artisanal wines, whose marketing budgets do not allow them to reach a wider distribution channel.

Yet, these are wine sellers usually frequented for their imported wine selection, and local wines find little footfall there. “We cater to an elite group in the sense that they have the time to pass by and select a special bottle of wine. When a customer is looking for local wine, he is more likely to visit a one stop shop such as a supermarket,” says Wadih Riachi, manager at Vintage Wine Cellar, a wine and fine spirits shop in Downtown Beirut, adding that this a good way to encourage local production.

According to Debbane, wine consumption habits are changing: “Following the global trend, wine in Lebanon is becoming a more accessible consumption product and is reaching a younger crowd. This shift happened gradually. Ten years ago, wine was only for celebrations, but now it has become an almost everyday drink,” he says. Debbane added that wine consumption in night clubs is virtually nonexistent, although it is increasingly popular in bars, lounges and restaurants, where wine lists have become more extensive compared to a few years back.

From Enoteca’s experience as both a distributor and wine retailer, Debbane has noticed that people tend to drink less expensive wines at restaurants while consuming the higher end vintages at home, attributing this to the economic situation in Lebanon. “It was mainly the tourists that spent on high end wines in restaurants and hotels, and since their number has decreased drastically, the industry has been hit on the on trade sector,” explains Debbane.

Yet wine consumption is still growing at an annual rate of 5 percent in Lebanon, according to Riachi — though he admits that consumption is still low when compared to the global market. Debbane agrees, saying that while consumption is progressing at a slow rate, it could be faster had the industry not relied solely on the local market, as is the case now due to the unstable situation in the country.

With wine and spirits consumption on the rise, wine retailers are vying for their share of the bottle. Last winter saw the opening of Les Caves De Taillevent and this year the oldest French chain of wine specialist stores, Nicolas, also entered the Lebanese wine and spirits market, through the Etienne Nicolas wine seller in Monot, Ashrafieh.

[pullquote]With wine and spirits consumption on the rise, wine retailers are vying for their share of the bottle[/pullquote]

While it would be understandable for one to assume that competition is high among these sellers, with more than five specialized wine shops in Beirut alone, the retailers interviewed by Executive insist that they each have their own niche. Etienne Nicolas benefits from the large Nicolas network, meaning that they can offer more than 600 wines, spirits and champagnes, while Enoteca say they can provide a fine bottle of wine for as little as $10. Les Caves De Taillevent Lebanon, meanwhile, benefits from the Les Caves De Taillevent France’s network, thus offering artisanal imported wines in addition to their usual range. All wine sellers interviewed offer wine courses, such as ‘wine and food pairings’ or tastings, aiming to wider disseminate a wine culture in Lebanon, and hoping the attendees would buy a few bottles on their way out.

Perhaps the biggest threat to these wine sellers is the supermarket chains which usually, in Lebanon, keep a wide selection of mainly local wine, but some imported products as well. Yet, here again, wine sellers believe they have something extra to offer. “Our wine shops offer consultations with our wine store managers who have all undergone intensive wine training, an asset supermarkets do not have. Also, we have a wide range of imported wines which is again something supermarkets do not offer,” says Eudes Morgan, director of Les Etablissements NICOLAS S.A.

And in other spirits

While wine and spirits retailers in Lebanon generally have a stronger focus on wine, which is considered a ‘finer’ alcohol, those interviewed also have a vibrant fine spirits section, seeing a positive growth in the single malt whiskey category.

Although vodka is the fastest growing category of spirit globally, Ziad Karam, corporate relations director of Diageo, says that the whiskey category in Lebanon is the largest. “Even globally whiskey is leading because vodka, considered the biggest competitor from a category perspective, was not really famous until recently and has been driven by the emerging youth [18–24] markets where it is consumed as a clubbing drink,” says Karam.

Choueiry explains that prior to and during the civil war, there were only a few brands of whiskey that everyone drank and enjoyed. “Today, even in blended whiskey, we have a wider selection. We have also joined the global trend of [increased] malt whiskey consumption,” says Choueiry.

The rise of single malt whiskey consumption in Lebanon can be partly credited to Beirut airport’s duty free. Its manager Ramzi Nader recounts how, almost five years ago, they focused their efforts on marketing this whiskey through promotions, tasting booths and gifts upon purchase. “Single malt whiskey was becoming a global trend and we wanted to educate the Lebanese consumer on that especially since those who pass by the Beirut Duty Free are considered high end clients and would appreciate this effort,” says Nader.

Today, Diageo has introduced 10 brands of its malt portfolio into Lebanon and says it can see a response among connoisseurs and young people. Choueiry believes the single malts category has been embraced by the “in between generation, which has more purchasing power than the recent graduates, and is more willing to discover new brands of whiskey, while the older generation is emotionally attached to their brand of whiskey.”

According to Choueiry, sales of whiskey had dropped in the last few years, but with the introduction of new whiskey brands, and with the single malt, it is once again picking up and turning some of the new generation vodka drinkers to whiskey.

Whether single malt whiskey or wine is your drink of choice, it is certain that you will find what satisfies your taste at either the city’s wine retailers or simply at your local supermarket.