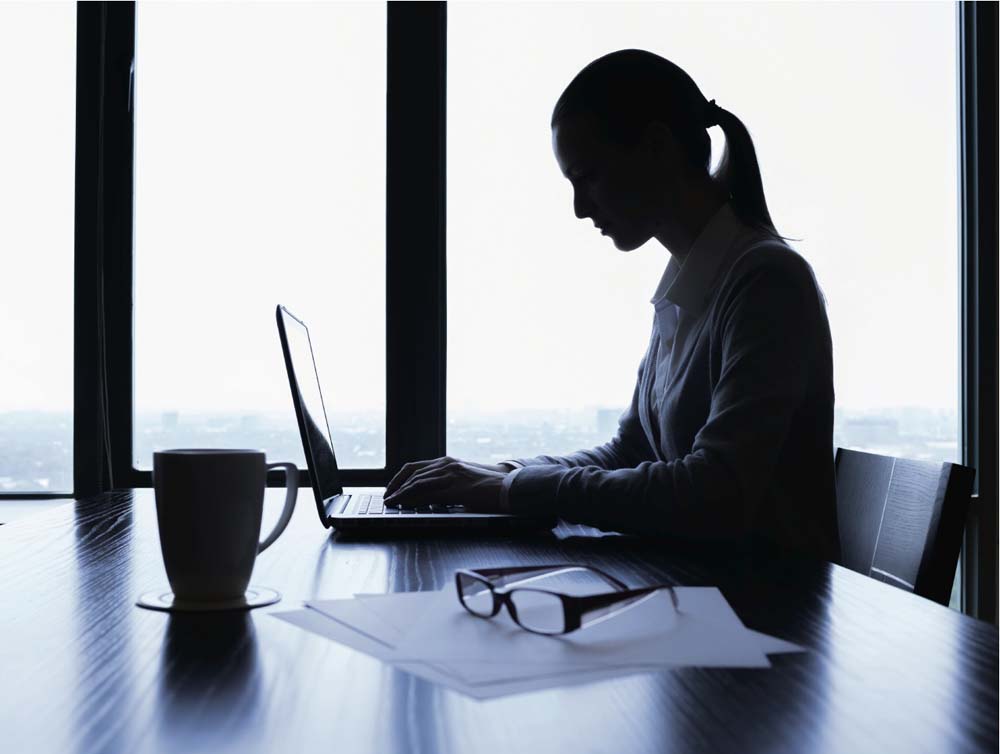 Data suggests that the percentages of companies with women in board roles are not 100 percent dismal in any Arab market (Getty images)
Reading Time: 5 minutes

The boardrooms of modern corporations are nerve centers. The decisions made here influence the course of the entire corporation, which in this sense can be compared to a ship. Biases and blind spots in the boardroom can easily ruin the entire voyage, and superstitions against inclusion of capacious people on a board of directors can be deadly. Misogynistic attitudes and superstitions are facts of history on ships and on corporate boards.

There were times when seafaring superstitions were not gender biased. This can be seen in the powerful narrative of a man who was thrown overboard to calm the seas in a vicious Mediterranean storm. The man, a certain Jonah, ended up under a tree where he complained about a city that averted divine wrath because of listening to his warnings, but that is a different story. Yet for many centuries in Western maritime history, women were targets of male superstition that prohibited their presence on board ships, and especially on military vessels.

By way of female equality trivia, the first women (other than nurses) to serve on vessels of the United States Navy and in the United Kingdom’s Royal Navy came during World War I. The Germans’ resumption of unrestricted submarine warfare was the trigger that caused the US Navy to accept the first active-duty woman. Loretta Perfectus Walsh was sworn in as chief yeoman, a petty officer rank, in March 1917, exactly 99 years ago. The Royal Navy introduced a women’s branch in the same year but only for service on shore. It took falling recruitment figures and the First Gulf War in 1990 for women to officially serve on one of Her Majesty’s operational warships, the HMS Brilliant.

Given that women are of immeasurable value for devising corporate strategies and implementing governance at publicly traded companies, one wonders how long it will take for the numbers of women to rise on corporate boards in the Middle East and North Africa. But first one needs to know how many women currently serve on Arab corporate boards.

Quotas and other avenues

Recent years have seen the introduction of female board quotas in some European countries and research into boardroom successes has produced evidence of positive correlation between corporate performance and the presence of female board members. A media-savvy initiative by Morgan Stanley made use of the correlation by launching a gender lens investment strategy in 2013. One of this “parity portfolio’s” investment requirements was the presence of at least three women on the invested company’s board. This strategy was based on research findings suggesting that such companies outperform their peers.

Advocates for greater boardroom influences by women highlight the ratio of women on the boards of listed companies in a number of developed economies, using inclusion in major indices as criterion for coverage. According to 2014 data from advocacy group Catalyst, the ratio of female board membership in companies included in the S&P 500 index of Standard and Poor’s is 19.2 percent. Corresponding numbers from Canada were 20.2 percent. In developed Europe, ratios were highest in Norway, a country where legislation in 2006 made a 40 percent female board quota mandatory. Norway’s ratio was 35.5 percent, followed by Finland and France at near 30 percent. Female participations in Austria, Ireland and Portugal were at the low end of the European range with 13, 10 and 8 percent, respectively. Ratios for companies listed on East Asian exchanges were lower still, stretching from around 10 percent in Hong Kong and India, to little over 3 percent in Japan.

Latest inquiries into the board roles of women in Arab countries show that rates of female presence are similar to Japan on a regional basis; when looking at the most culturally conservative societies, the rates are lower still but they are not zero.

Executive has gained access to a study by consulting firm Capital Concept (note: the company was founded and raised by Executive’s minority shareholder, Managing Director and Editor-in-Chief Yasser Akkaoui) that unveils female board participation rates in listed companies of the Middle East and North Africa. Different from studies that accounted only for companies included in major indices, the Capital Concept figures examine female participation ratios for all companies with available board membership information in all MENA securities exchanges.

According to the research, the female participation rate in Arab corporate boards as of early 2016 stands at 336 individuals, or 3.7 percent, when accounting for 1507 companies with a combined 9057 board members. When analyzing the data market by market, participation rates range from 10 percent in Tunisia and Morocco to less than 1 percent each in Qatar and Saudi Arabia.

The data series is too recent and thus too preliminary to allow for drawing any hard conclusions. From taking an emotional intelligence or conventional wisdom angle, however, one can have the conviction, or the gall, to point out a few possible implications of these numbers.

In favor of gender equality prospects, the percentages of companies with women in board roles are not 100 percent dismal in any Arab market. In the context of the extreme negative perception biases against Saudi society, for example, the fact that almost five percent of listed Saudi companies have one female board member each can actually be read as a positive. Were a harshly enforced barrier in place, these corporations would desist from naming female board members at all.

The implication behind the ratios of companies with any female board member and the actual percentages of women on boards are at the same time highly ambiguous. On one hand, Arab markets on average have female board members in one of five companies. That is much lower than the ratios in most developed economies, but it suggests that women on Arab boards can increase their presence and impact at least in principle. The Iraqi stock exchange was shown in the research as the only jurisdiction with less than ten percent of listed companies having at least one female board member – and this data point had better be excluded from interpretation at this time, because it is a downward outlier in terms of information availability.

On the other hand, the data suggests that women are not represented to substantial degrees on any Arab boards. Noting that the backgrounds of board position holders may include not necessarily merit-based ownership factors such as inheritance and family belonging, only very few – if any – boards can be expected to have the three or more female members that have been described as the threshold for impact generation in research undertaken on corporate boards in developed markets.

The low numbers of existing female board membership in Arab companies therefore imply more than anything that there is a need to invest in a culture of opening career ladders to women and keeping leadership roles accessible for women. Any recommendation as to the best pathway for reaching greater diversity on Arab corporate boards would probably be best arrived at from further questioning and research. The increase in diversity on European and American corporate boards, which still has a long way to grow, emerged from a painfully slow process. Regional policies in MENA could benefit from a dual approach. Firstly, by investigating corporate performances through the lens of positive impacts of diversity. Secondly, from non-partisan reviews of the practices – such as mandatory quotas and non-binding quota recommendations and lobbying – that are being applied in Europe and the United States.

To offer a small flashback to the lessons from women’s long and slow ascent in the navies of the top Western naval powers, it is amazing how great need – such as the eruption or acceleration of conflicts – can contribute to the discovery of equality. In light of global economic competition, uncertainty and loss of commodity-based revenue streams, the need for greater boardroom efficacy in Arab companies is current, clear and compelling. The indications from developed economies are that increased boardroom diversity is a low-risk, high-reward path to better boardroom guidance and consequently, improved corporate performances. The question is if it could take another 99 years for Arab boards to wake up to that need.