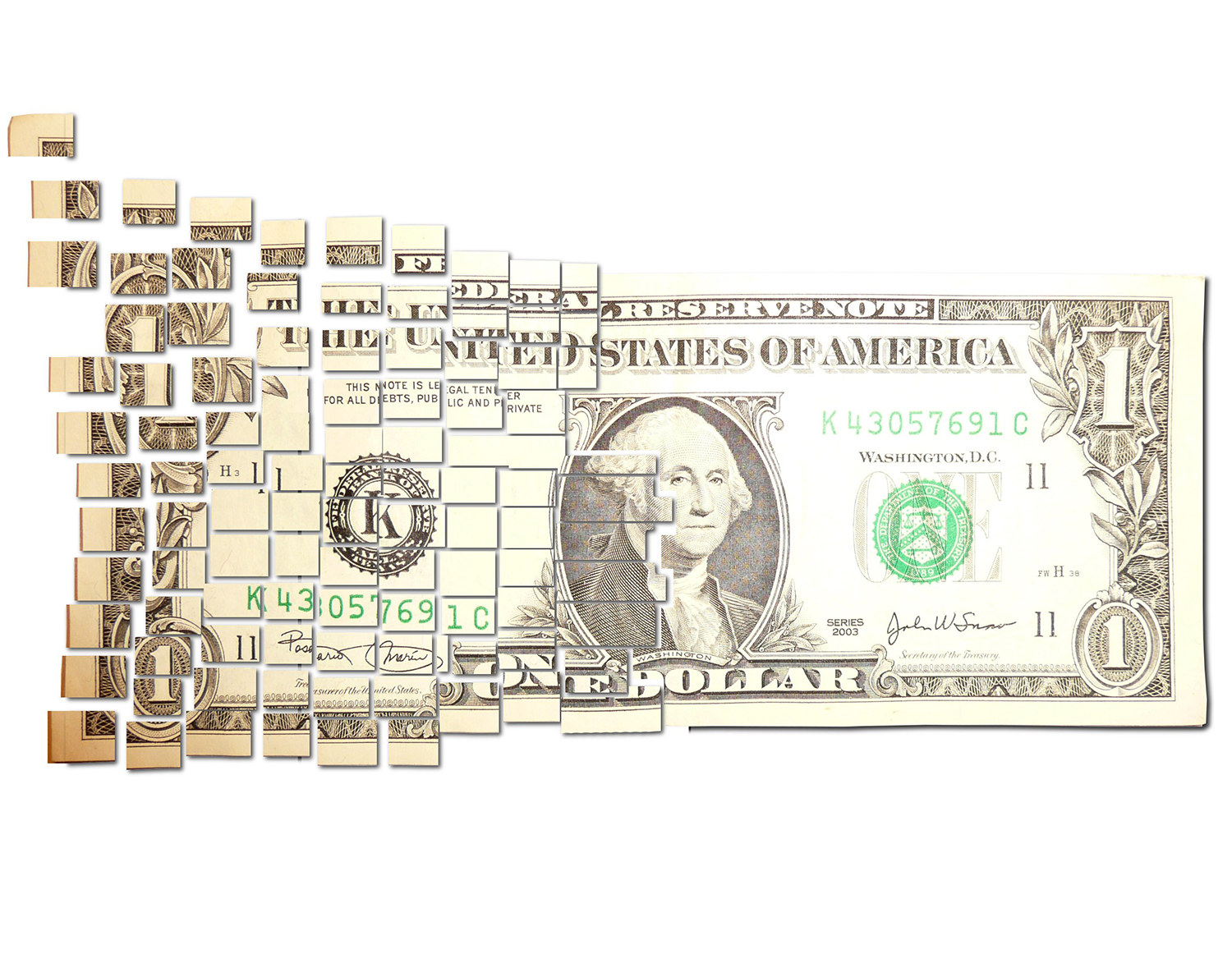 In today’s financial universe, the private equity space is a vital quadrant to map and monitor. Private equity (PE) investments –   allocations of capital that institutions and the wealthy inject into companies, not through stock markets but with the help of professional intermediaries – have grown into an alternative investments class worth $3.8 trillion in assets under management (AUM) in 2014 according to the 2015 Preqin Global Private Equity and Venture Capital Report.

Achieving immense growth between 2004 and 2008 before suffering from bloodletting during and after the Great Recession, the worldwide PE industry has undergone a resurrection in the last few years. Worldwide in this context means, as it so often does in investment markets, first the North American market with 57 percent of all PE AUM in 2014, followed by Europe (24 percent) and then Asia (13 percent) – leaving 6 percent of activity for the rest of the world, including the Middle East and North Africa.

But the breadcrumbs of global money can certainly be well worth picking up when one is among the handful of PE specialist firms versed in investments on the southern rim of the Mediterranean – particularly if one has a good narrative and a value proposition for concerned institutions. The challenge is in being attentive to the interests of European development institutions, which in simple terms are to expand investments in MENA countries in the hope that economic empowerment of the native population would curb migration pressure.

The latest arrival to the MENA PE space with a focus on mobilizing European institutional money is Emerging Investment Partners (EIP). Operating from an office in downtown Beirut, the funds management company is run by two directors, Wassim Heneine and Karim Burhani. They are currently working on the establishment of their first PE fund, which they say is about to commence fundraising for $100 million from high net-worth people and from institutions such as the European Investment Bank (EIB), the London-based European Bank for Reconstruction and Development (EBRD), and the German and French public investment agencies Deutsche Investitions und Entwicklungsgesellschaft (DEG) and PROPARCO. “We are raising a fund to develop the economies of the region and of course to make money, but to make money with a developmental mindset. We are pitching all these organizations that have in their mandate to develop our region, to fight poverty, to encourage prosperity, because it is only with prosperity that you kill extremism and terrorism and give people better lives,” explains Heneine.

A social focus for PE

The two EIP directors aim to source up to 70 percent of the first EIP fund from European public investment institutions and target individual investors from the MENA region for 20 to 30 percent. The fund’s first close is planned for the fourth quarter in 2016 with an aim of $75 million, and a second close to reach $100 million is planned for six months after the first. Expecting to be able to deploy all capital within three years and intending for investment-to-exit cycles to range from five to seven years, EIP will be sector agnostic but will be more inclined to invest in sectors such as health, education and food and less to invest in companies in sectors such as tourism. Ticket sizes will be $5 million to $10 million and the fund already has contact with companies that are investment prospects, Heneine says.

“Any company with EBITDA (earnings before interest, taxes, depreciation and amortization) of $1 million to $2 million will be on our radar screen. We are mapping the market and are looking for companies that have a solid and scalable product, large addressable market and good management, and which want the $10 million for purposes such as expanding into a new country or establishing a new production line,” he elaborates. Capital increase and injection of growth capital will be the preferred mode of investment for the EIP fund but the investment approach will also allow for some buyout components when founders or investors of a target company want to liquify their shareholdings.

The fund’s geographic reach will not include Turkey but the managers could look at Iran and other countries in the days of a second fund, adds Burhani. “For the time being we are more focused on countries in North Africa and the Levant; countries that we know well, that we have invested in and where we have exited,” he says. According to Heneine, the first EIP fund’s intended investment focus is on Egypt for about $40 million, Jordan and Lebanon for about $20 million each, and Morocco, Tunisia or Algeria for the remainder.

Seed money of about 10 percent for the fund has been promised or committed by two sponsors, the Lebanon-based BEMO Group and Generation Alfa, a Geneva-based asset management organization. The two sponsoring organizations are linked to the Obegi and Alfadel families, which are of Syrian extraction. Representing the two families in the venture are Riad Obegi and Imad Alfadel who are shareholders and board members in the EIP funds management company, alongside Heneine and Burhani.

EIP is incorporating its PE funds in Guernsey, which is a popular base for PE funds and has been acknowledged by European regulators for compliance with European Union norms. “We will be doing everything by the book,” insists Heneine and tells Executive that the company has been set up with due diligence and procedures and corporate governance guidelines in place. “Once we progress, we intend to sign PRI [the Principles for Responsible Investment, an initiative supported by the United Nations] and UN Global Compact. We really want to make money but we want to make money responsibly and make money while having an impact on our society,” he reiterates.

In legal terms, the EIP headquarters in Beirut is a representative office according to Heneine and the two managing directors have thus far not entered into communications with Lebanon’s Capital Markets Authority (CMA) or issued a prospectus for the fund. “Fundraising in Lebanon is done on a very restrictive basis. We [and the potential investors] know each other and it is not really mass marketing; this is why we did not feel the need to go and have interaction with the authorities,” Heneine says. A prospectus for institutional investors outside of Lebanon will be issued at a certain stage in the fundraising process. It will be based on regulatory requirements of the Guernsey jurisdiction and if at some point EIP will be “required to have our prospectus reviewed by the CMA, we will gladly do so,” he adds.

The first impression that EIP made on the Lebanese market was in a 2015 sideproject announcement of a 51 percent investment into Beirut-based hospitality sector company Venture Group, the developer of the Backyard Hazmieh cluster project. However, the Venture project was a small investment and done outside the fund’s scope, Burhani explains: “Until the official announcement of the fund we have a bracket to go opportunistically and invest wherever we like. Once the fund is established, the management team of me and Wassim and other team members will be exclusively working to achieve the strategy and ensure the success of the fund, so we will be 100 percent focused on these mandates.”

Strategies of PE investing into North African and Levantine growth companies are still a rarity today. A perusal of the MENA Private Equity Association’s directory of member companies shows a single company, Capital Trust Group, as a non-Sharia focused fund manager with focus on growth companies that addresses the same markets which EIP has on its target list for its first fund. As a matter of fact, Heneine and Burhani both worked previously with the three Euromena private equity funds that Capital Trust Group launched as general partner in 2006, 2009 and 2014.

When Euromena I was launched in Beirut back in 2006, it was a pioneering venture that encountered numerous challenges. At a comparatively humble $63 million in size, the fund included a $12 million participation from the European Investment Bank at a time when EU countries were concentrating their attention for development in areas outside their borders much more on Eastern European countries than on the Mediterranean rim. The Euromena I and II funds delivered notable successes investing in mid-size companies in Egypt, Jordan, Lebanon and Algeria. According to an EIB disclosure from last September, the bank committed $25 million to the Euromena III fund, the current edition, for which Capital Trust Group has projected a second close at $200 million in Q1, 2016.

While there are quite a few similarities to make one believe that EIP’s founders did not transcribe the knowledge and connections they acquired at Euromena one-to-one into their new venture’s strategies, mimicry has a long tradition as a business development pattern and replication of successful corporate DNA can work well enough. That is, of course, if the replication is within ethical limits and if enough new value-added makes the new company a strong-enough competitor to the incumbent. From the perspectives of entrenching new investment skill sets in Lebanon and of developing economies in the Middle East and North Africa by employment of private equity methodologies, it is positively impressive that the community of PE funds with Lebanese management is broadening today. EIP for its part affirms its readiness to serve the region and deliver on the expectations of its investors. According to Heneine, the biggest worry for an investor in sponsoring a funds management team is team risk, but this does not apply in the case of EIP’s two managing directors. He says, “The last thing an investor wants is to invest in a team and experience on the following day that everyone goes their own way. With us, team risk is very low because we not only know each other but we worked together. This is a good comfort for investors.”