Boutique wineries are making a name for themselves

This article is part of an Executive special report on beer, wine and arak. Read more stories as they’re published here, or pick up October’s issue at newsstands in Lebanon.

Lebanon produces about 9 million bottles of wine annually, almost half of which are produced by two wineries alone — Château Ksara and Château Kefraya. The remaining amount is produced by well established wineries making an average of 350,000 bottles each — and boutique wineries, which produce less than 100,000 bottles, contributing altogether less than 700,000 bottles yearly.

Being a boutique winery in a country where the production is already scarce creates a unique set of challenges but also has its own rewards for the wine producers.

Some of these smaller wineries were only recently established and plan to increase their production in the near future. “For wineries to develop, they need land to grow their grapes and these wineries have limited land. They are now buying land, albeit slowly. Also, they are relatively new and it requires time for their vineyards to mature before they can increase production,” says Neda Farah, organizer of Vinifest, the annual wine festival, which takes place at the Beirut Hippodrome in October. 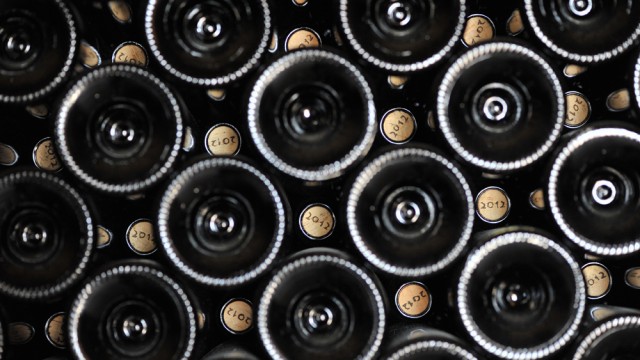 For such wineries, Joe Assad Touma, co-owner at Château Saint Thomas, which produces 300,000 bottles and is considered more established, advises patience and discourages those looking for a quick buck or with no know-how in winemaking from pursuing such a venture. “Wineries need a lot of perseverance and patience and revenues do not come until almost 10 years into production,” he says, adding that many of the smaller wineries produce high quality wines that he would personally recommend.

Still, many have chosen this boutique niche for their wineries and aim to keep their production figures low. “I lived in Bordeaux for 17 years and many of the famous châteaux and wineries there produce 10,000 to 50,000 bottles, so I’m used to small wineries. High quality wines mean limited quantities, and since I want to produce only high end wines, my yearly production will not exceed 50,000 bottles. That’s my philosophy,” says Sebastien Khoury, owner at Domaine de Baal, a boutique winery.

[pullquote]”You can have the best products in the world but, without the right distribution channels, who is going to find you?”[/pullquote]

Although Château Marsyas has 60 hectares of vineyards, their model is not geared toward mass production, explain its co-owners Karim and Sandro Saadé. They choose to have a low yield of one to three kilograms per vine to ensure high quality wine. Jill Boutros from Château Belle-Vue emphasizes the importance of careful attention to detail at each step of production and making sure that the fermentation process is done separately in small lots to show the kind of work that goes into producing ‘artisanal’ wine.

With such dedication to craftsmanship and quality in wine production, often at the expense of quantity, many vintages from these boutique wineries have a heftier price tag than the entry level wine of larger Lebanese producers. This price tag, combined with a usually small marketing budget or a ‘discovery’ approach to marketing — i.e. letting consumers discover the wine themselves as opposed to aggressive marketing — makes it hard for the smaller wineries to build a name for themselves or make a profit rapidly. “Artisanal winery is a choice, obviously, and it reflects the team’s goals but doesn’t necessarily mean quick return on investment,” says Boutros.

Khoury laments the perception of smaller wineries among some consumers in Lebanon, saying that people respect and choose bigger companies with names they know. “Here, many people think that huge budgets spent on advertising and communication is a guarantee of quality,” says Khoury.

“It’s hard for the smaller wineries to find their road to market because they don’t have the proper distribution channels. You can have the best products in the world but, without the right distribution channels, who is going to find you?” says Wadih Riachi, manager at Vintage Wine Cellar. He also explains that, without a distributor, the winemakers have to visit hundreds of places by themselves to sell their wine and have to put up with some places having exclusivity contracts with certain wineries.

Because of this, on a local level, most boutique winemakers have chosen to narrow down their distribution channels and focus instead on the higher end on-trade sector. This means restaurants, bars and wine retailers as opposed to mass retailers such as supermarkets. “Eighty percent of our local market is on-trade, through specialized wine shops and around 100 restaurants. When you have a wine with a price tag like ours, it is surely a wine with a specific clientele,” says Sandro Saadé, explaining that they focus on events, such as tastings, which help people discover their wine and increase their chance of ordering it at restaurants or wine shops. Khoury says he focuses on the quality of his product and works only with restaurants and shops that understand his wines and have the same approach in their business. 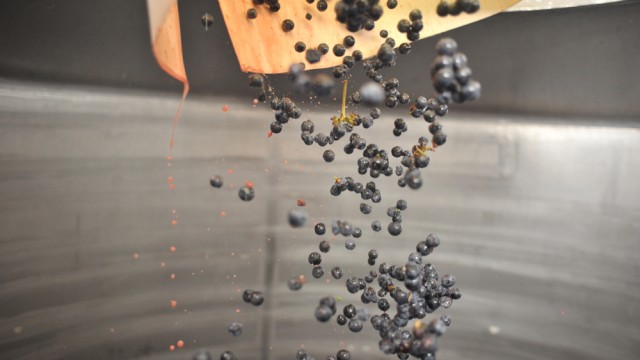 Riachi explains that a lot of the smaller wineries bet on exports because it is easier to find a market for higher end wines abroad. He adds that this is even true for fine French wine, the majority of which is sold outside of France. “It is a bit easier to export because you do two to three shipments a year to one address with one bill and the wholesaler or buyer will be responsible for the distribution,” he says.

With regard to export markets, Boutros says they need to make an extra effort to identify distributors in various markets around the world who would be eager to represent a winery from a “unique and unknown” terroir like Bhamdoun. “Our wine is what they call a ‘hand sell’ wine, which demands special attention from those representing it. For that reason, our wines may not be interesting to a large, corporate distributor looking for a wide range of inexpensive bottles from a single producer. Our distributors typically seek out family run vineyards that grow grapes responsibly and make unique wines that are not available in wines shops everywhere,” she explains.

In a sector that is growing rapidly, and with increased consumer interest in wine, Lebanon’s smaller wineries have a major role to play. “Smaller wineries are very important as they provide diversity to the sector and help get rid of this idea that foreign wine is better than Lebanese,” says Faouzi Issa, co-owner and winemaker at Domaine Des Tourelles. He added that, given 10 years, most of these wineries will become more mature and have a bigger impact.

To Zafer Chaoui, head of the Union Vinicole du Liban (UVL) and CEO of Château Ksara, quality winemaking is in the professionalism and not the size. “The smaller wineries exert more effort than bigger wineries in order to be able to sell their products, and for their efforts to pay off, they have to have good quality wine,” he says.

Boutros sums it all up: “We’re happy where we are, farming organically and making wonderful wines. Our customers are happy, too, so… what more could we want? Small is beautiful!”

It’s all in the grape