Executive picks four favorites from the Digital Summit in Dubai

Girnaas' booth at the Digital Summit

ArabNet’s second Digital Summit in Dubai saw a diversity of ideas and technologies in the digital startups showcased during the three-day conference. More than 30 startups pitched at the event, coming from various countries in the MENA as well as Europe. Executive picked the four ideas that most captured ‘cool’.

The idea: Girnaas is a game making and publishing studio that strives to bring new stories into the fast world of gaming, which has a high rate of recycling old titles. Many popular games come out with a second, a third — even a sixth version. And characters such as Aladdin, one of the many characters in famous collection of Middle Eastern folk tales “One Thousand and One Nights,” are constantly being recycled, while other lesser known characters remain in the shadows. It is the stories of these lesser known characters that Girnaas is trying to tell through their games.

Traction: Thus far Girnaas has published three games and reached 350,000 downloads, according to the team. The games are free, with the company focusing on building traction. The team plans to eventually license their ideas and characters to generate revenue.

The idea: To alleviate the chaos of multiple spreadsheets and databases, AidBits devised a platform to help NGOs manage and track the reams of data they sometimes collect. NGOs can go into the program, customize their indicators and set targets. The platform enables them to gather data throughout the life of a project in one place, also giving them a dashboard that displays the progression of the data — something that can be used to impress donors. The data is stored on a cloud, but there is an offline version that NGO officers can use when working in places without an internet connection, which can later be synced with the cloud.

Traction: AidBits is used by the Palestine branches of the NGOs Première Urgence and Care International, who are their paying clients, as well as several other NGOs who are still in the free trial mode. Première Urgence liked the product so much that they wanted the rest of their offices to start using the platform. The company charges a yearly fee for their software. 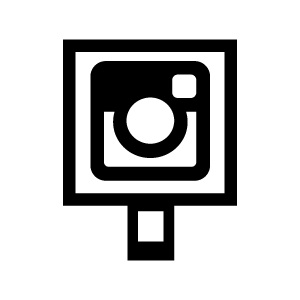 The idea: BlackBox prints photos at events that attendees upload on Instagram with the event’s hashtag. It prints old school polaroid-like photos, which gives partygoers a memory of the event, all the while promoting the brand hosting the event by its active presence over social media. The BlackBox team rents the equipment to the hosts of the event, and provides them with support services. At the end of the event, BlackBox also presents a report with an analysis of the likes, comments, impressions and context of the social media content.

Traction: BlackBox’s first event was in November 2013 in Beirut at the Red Bull Soundclash between Lebanese bands Mashrou’ Leila and Who Killed Bruce Lee. Besides Red Bull,  their clients include Absolute Vodka and Time Out. They’ve done events in Beirut, Dubai, Doha and New York.

The idea: Enigmedia encrypts information in real time using a technology that improves transmission by using less bandwidth, making the information sent of better quality. It is well adapted to high definition real time video transmission — for instance getting rid of pixelation. Its complexity also makes it more difficult to hack in a world where the increase in communication over digital media is paired with a concomitant increase in security issues. The technology uses an algorithm that was developed by founder Gerard Vidal while writing his doctoral thesis.

Traction: Enigmedia’s clients include Deloitte Barcelona, Football Club Barcelona and La Caixa bank. They charge a monthly fee for the software, which can be used either through an app or through Enigmedia’s television platform.