Home The Buzz Where to watch the World Cup

There are many factors to take into consideration when choosing a venue for World Cup viewing. The size of the screen, arrangement and comfort levels of the seating, the venue’s promotions and general ambiance are all crucial criteria.

To take some of the weight off, Executive has done the groundwork and compiled a list of venues where World Cup viewing promises to be a rewarding experience.

For those who want the game and no distractions, the World Cup parks are ideal.

Beirut Fan Village at Beirut Waterfront boasts a VIP section with a capacity of 200 and its own high resolution LED screen (entrance $20), a regular bleacher style section which fits 400 people (entrance $7) and has two high definition LED screens and a food court section with outlets like Snack Faysal and Pinkberry ice cream, with Check Point Charlie manning the bar. The food court also has a pizza place, a sushi restaurant and its own screen where one can enjoy the match while dining. Mascots, giveaways, daily promotions and occasional fireworks all ensure a festive experience.

For those who don’t want to sacrifice their rooftop bar evening, Downtown’s Capitole is projecting the game on big screens viewable from just about anywhere in the bar and is fostering a healthy competitive spirit by identifying each table’s chosen team with a national flag. Flags of the night’s competing teams will be on display as well.

For those who do not venture out of Hamra, Garcia’s is playing the World Cup with all its live commentary glory in their outdoor seating areas. Those sitting inside can still watch the games while listening to the DJ’s music.

Clé Restaurant and Bar is going all out for the month, airing the games on a 200-inch screen in their garden while those sitting indoors can watch the games on the five screens spread indoors. Clé promises “nice surprises at halftime,” and a fun mood created by different promotional items and theme nights depending on the competing teams.

For those who are looking for a good deal on their alcohol for the game, the Hilton hotel’s Pool Bar has open beer and a plate of nachos for $29, while Nu Cocktail Bar in Uruguay Street offers its menu items for half the price during the 7 p.m. matches. Casper & Gambini’s also has a set menu including classic sports food fare such as nachos and chicken wings. 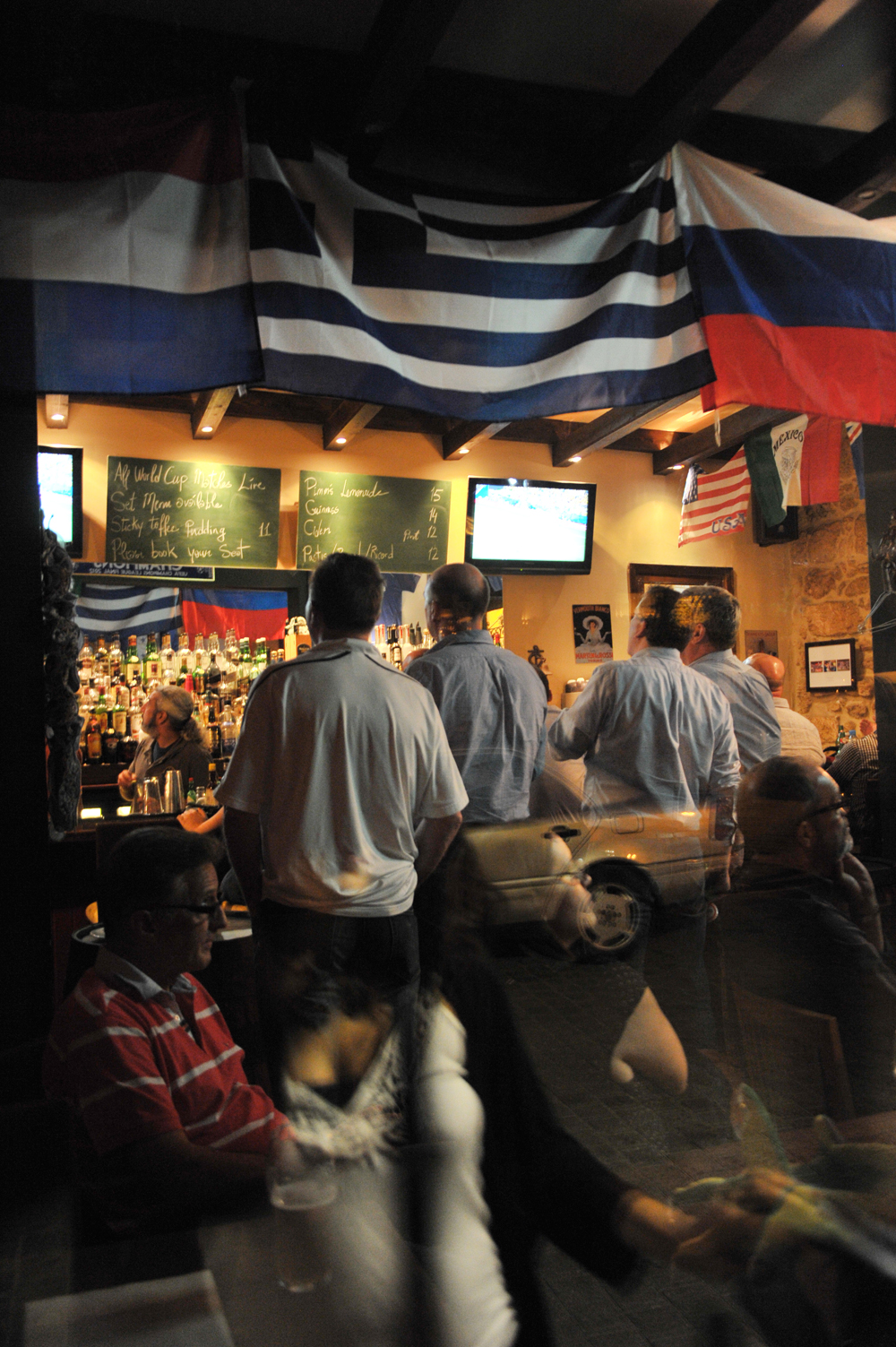 Loyalty to a team first

Some may want to extend team loyalty to their choice of venue. Uruguay Street’s Check Point Charlie with its German motif décor is a natural choice for supporters of the German national team while La Piazza restaurant in Sodeco proudly displays a huge Italian flag on its entrance. Uruguay Cocktail Bar goes the extra mile and offers free shots whenever the Uruguayan team scores a goal.

And finally for those who are looking to escape all the World Cup hype, and yet still want to enjoy a quick drink or a cup of coffee, Le Gray Hotel is not airing the games so a drink in their rooftop bar Cherry on Top could be the solution. Penelope cafe in Badaro is another safe haven for coffee drinkers.