Most of my clothes have holes in them,” Nour Hage announces. While that’s not the kind of shoddy neglect you’d expect from a fashion designer, Hage approaches fashion from a road much less trodden in Lebanon. “I love it when you look at an item and it’s worn out,” she says, “and it’s gone through a lot of things and has history to it.” 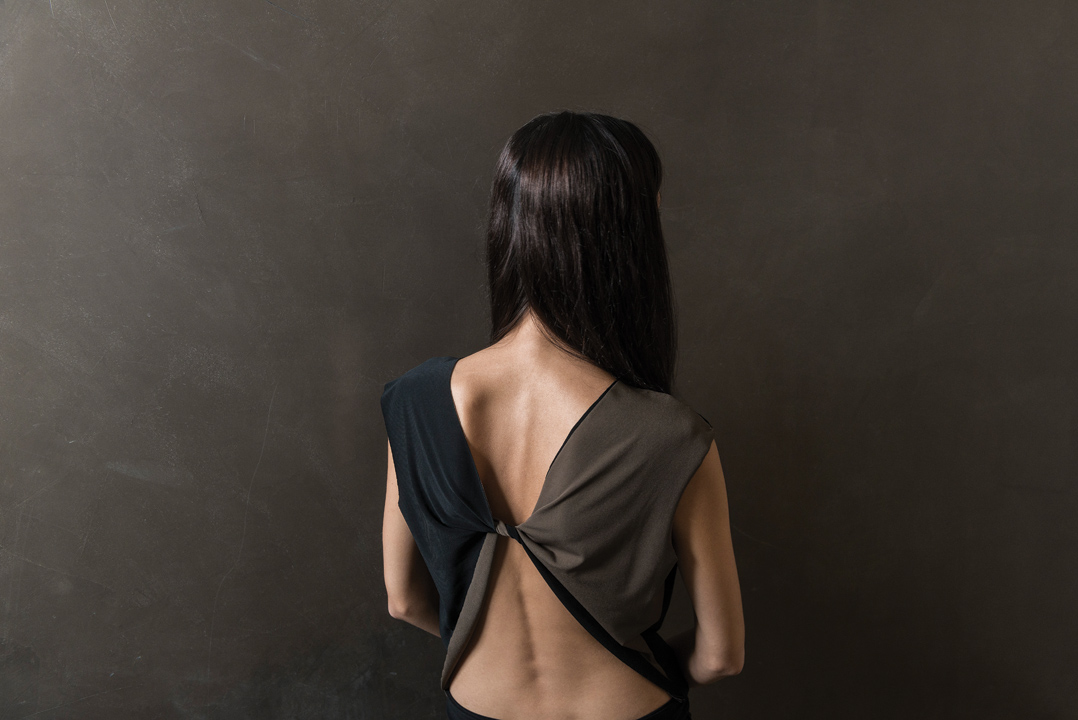 This kind of sentimentality is typical of Hage, a young designer who at only three collections in, is contributing a distinct aesthetic to the country’s fashion landscape. Curiously, unlike many designers who crave to steer their own course from the word go, Hage never considered starting her own brand early on in her career — simply because everyone kept advising her against it. After graduating in womenswear design from the Paris College of Art, she landed a job in the city with Damir Doma — whom she describes as one of her favorite designers — known for his clean, minimal silhouettes. It was only after she was unable to get her working permit renewed that she had to return home to Beirut. 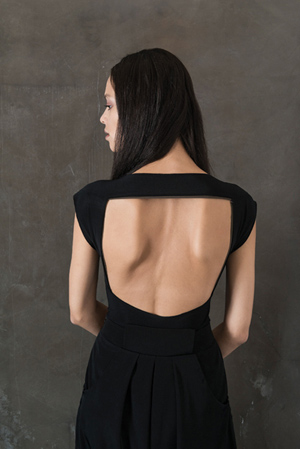 Once home, and seeking employment, she wasn’t interested in joining any of the established labels. In the end, it was her father who encouraged her to start her own, offering her space in the family apartment to use as her studio, which she says is now getting a bit crowded. Hage has just finished her new collection — entitled ‘Ruĝa,’ meaning ‘red’ in Esperanto — which is on display at Santiago’s, a boutique in downtown Beirut. It is the last in a trilogy, coming after Blāo, high German for ‘blue’, and then ‘Kurkumā’, the name of a yellow spice. She has chosen primary colors for their simplicity and purity, and again, much of her work seems to be based on an emotional and even psychological response. In this case, it originates from the most basic of starting points; how the mind responds to certain colors. When asked whether her designs reflect her own personal style, she struggles to answer, though she does admit that “each item is like a part of my personality.”

It’s interesting to listen to her talk about her creative process, which to an outsider, seems almost random, like inventions that happen by accident. She describes watching a documentary about Tibetan monks on television — “I was mesmerized by their red robes” — and at the same time, she could see the decaying buildings outside of her window in Beirut. “I was also going through a phase when I was only listening to [American alternative rock band] Blonde Redhead.” These are the points of reference for the new collection — disparate, to say the least. “I’ve always been interested in contrasts,” she says. “Something new and clean with some old and used, for instance.” Beirut, though, remains a continual source of inspiration for Hage, which feeds into her affinity for the Japanese worldview wabi sabi, meaning imperfection, or a state of being unfinished. Replete with asymmetry and frayed hemlines, her designs recall a city so unintentionally adept at balancing charm and chaos, while the soft fabrics and use of draping and layering simultaneously brings to mind the Tibetan monks’ robes. 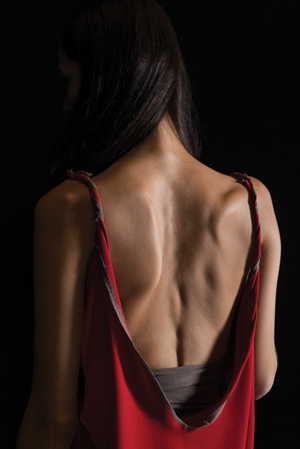 Hage is carving out a name for herself in the Lebanese fashion industry at a time where a number of individuals are doing the same, such as Starch alumni Timi Hayek and Bashar Assaf. “Right now young designers are trying to explore new styles in ready-to-wear, and basically diversifying,” she says. “And I wanted to be part of that.” She acknowledges the difficulty of getting a business off the ground, however, without the same access to artistic grants that there are in Europe or the USA. This year Hage and her fiancé will be moving to London, and so while business plans remain somewhat up in the air, she is excited for the challenge of working between two — dramatically different — cities.

“Lebanon kind of has that comfort to it where people are laid-back in the sense that they don’t feel a rush to do things, as much as in Europe,” she says, something that could never be said of London. While there’s no doubt that talent translates, we hope she gets those holes sewn up before she gets there. Otherwise she’s in for some very chilly winters indeed.

The dangers of stimulus