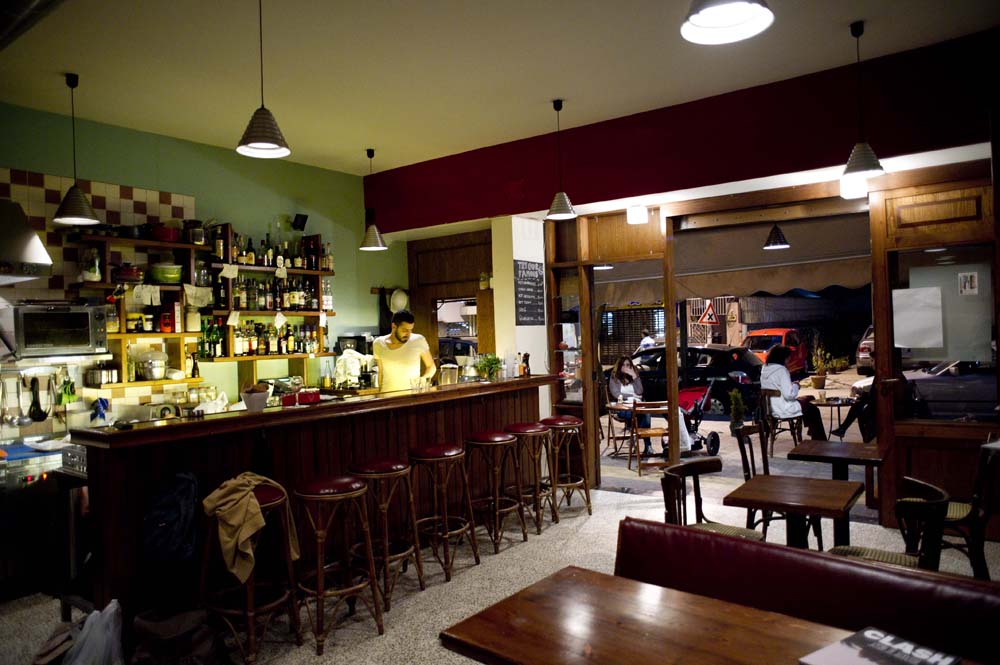 Strolling through the rather quiet streets of Badaro on any given afternoon, it is hard to imagine that the area was once a buzzing Beirut neighborhood with more than 12 pubs, clubs and restaurants in just one street. Even harder to imagine is that this calm, residential neighborhood is expected to regain this status within the next year and a half.

But Lebanon’s F&B sector is notorious for its application of the economy of proximity with investors rushing in to new areas as soon as one venture succeeds and Badaro is no exception. Already, there are eight new venues that are said to have signed contracts in the area and are expected to begin operations within the next year.

Old time residents of Badaro enthusiastically speak of its past vibrant nightlife recalling such names as the Manhattan Pub Restaurant, which relocated to Broumana during the civil war; L’Orientale restaurant with the famed First nightclub in its basement; and Badaro Inn, which was the first venue in the area to serve snack food back in the day.

With the onset of the civil war — and with Badaro’s location in the center of the crossfire — this once vibrant hub was transformed into a ghost town as many of the area’s residents fled their homes and hospitality venues slowly shut down as they lost their customers.

According to George, a Badaro resident since 1964, those who remained in the area after the war were the elderly. The few venues that were still in operation were only half full with residents and students of the neighboring schools during the day and deserted at night.

Yet Badaro, with its wide roads, comparatively good infrastructure and central location is regaining its appeal for developers and investors alike. Sami Hochar of Catertainment, the management company which owns Lina’s Cafe in Lebanon, says there are two new residential buildings on Badaro Street with a few more under construction as the older residents move to less busy areas or smaller houses and the buildings they inhabited are renovated or sold. “Within three to four years, Badaro will be a buzzing residential community,” says Hochar.

[/media-credit]The Smallville, one of the first new businesses to open in Badaro

Commercially, Badaro is in a central location close to the Palace of Justice which makes it a popular spot for law offices. There is also the Military Hospital, numerous medium sized enterprises, schools and universities in the area. Last summer, in a testimony to Badaro’s potential as a business center, The Smallville, a medium sized boutique hotel, became the first such project to open in the neighborhood.

All these attributes were noted by Micky Abou Merhy and the rest of the team behind Vyvyan’s and Happy Prince — two successful hospitality venues in Mar Mikhael. Having been among the first pioneers to venture into Hamra and Mar Mikhael afterwards, they decided to open Kissproof, a café/bar concept in Badaro, despite the area still being relatively empty. Officially opened in early January 2014, Kissproof has so far had a larger turnover during the evening than during the day.

Yet, Abou Merhy and his partner in Kissproof, Yves El Khoury, admit that Badaro is still a difficult area to operate in as people are not used to heading there in the evenings. “Badaro is still a ghost town at night and people still perceive it as being far, so we had to double our efforts here and offer a unique concept to attract our customers,” says Khoury.

Kissproof appeals to both day and night customers as it offers some of the best coffee in the city as well as the widest selection of draft beer. Their food menu includes special order charcuterie menu featuring Spanish ham, homemade pickles and toasted bread sandwiches.

Noticeably calmer during the day, Abou Merhy says they are not placing high hopes on the daytime clients yet as he believes there is still not a culture of eating out on lunch breaks here, unless it is a plat du jour. “We hope this will change soon as we will all benefit,” says Abou Merhy.

This risk is offset by the benefits of the publicity received by being one of the first ventures in an area should it take off. Also, of course, there is the benefit of low rents and Abou Merhy says that rent prices for similar sized venues to his in Badaro are now almost quadruple what he pays. Low rents are an important factor in the longevity of a hospitality venue, especially with the fickleness of the Lebanese who go out.

Hochar says Lina’s sees the potential in Badaro and will be opening a 400 square meter branch in the location that formerly housed the famed Badaro Inn within the next three months.

Recently opened in Rabieh, and soon to launch in Gefinor Center in Clemenceau, Hochar says Lina’s has adopted the strategy of opening Lina’s in residential urban areas with little or no cafes, such as Badaro, in an effort to attract the residents and neighboring businesses.

“Badaro is my generation; it had the best stores for sports gear and music and I always wondered why it died since it is in a central location. But, little by little, we noticed there is activity in the area and we got the call that Badaro Inn is on the table,” says Hochar, adding that just the idea of being in the same place as Badaro Inn will be enough of a pull for people from his generation to come to the new Lina’s.

Hochar says Lina’s Badaro will be more accommodating of Badaro’s culture, and will have a restaurant-like layout and hot food menu which will include a plat du jour: “Badaro was borne for the daily dish,” says Hochar, speaking of many employees and residents who favor this food.

Lina’s will still have sandwiches and coffee on the menu, which is the core of their business, but Hochar hopes the hot plate additions will attract families for Sunday lunches.

“The pub people rushed in because the trendsetters came to Badaro and many places have been rented out already,” says Hochar adding that he sees a vibrant, if controlled, nightlife in the area. “So far, we are focusing on the day but we believe it will slowly pick up at night.”

Abou Merhy generally welcomes these new ventures saying that some good players are investing in the area and will bring some needed healthy competition, ultimately directing more traffic to the neighborhood. Yet, he is apprehensive that some will invest in the area in the hopes of feeding off other’s successes and will end up ruining the ambiance for the more serious operators with unprofessional behavior.

Being a highly residential area, Badaro could face a similar situation to Gemmayze where the residents took to the street in protest over the loud noise and traffic in their neighborhood. Already, residents such as George are watching the hospitality developments with wary eyes: on the one hand, happy to see their neighborhood revived, but on the other fearing the disruptions that valet services and other disturbances, such as loud revellers and incessant music, might bring. “Residents in the new buildings here paid around a million dollars for their apartments and will not be happy to have their quiet homes disrupted by traffic and noise,” says Abou Merhy adding that Kissproof respects this and doesn’t play any music on their terrace.

Others believe the area can be sustainable in terms of nightlife as long as the residents are respected. “They said the same thing about Mar Mikhael and it is still developing,” says Khoury.

Hochar sees a bright future for Badaro with more small, niche venues than loud bars and pubs such as the ones in Mar Mikhael or Gemmayze. His belief in the area also stems from the support he has received from the Badaro Traders Association which he says is very active and aggressive in promoting Badaro. “When you have many people working together for the success of something, it is bound to make it,” says Hochar.