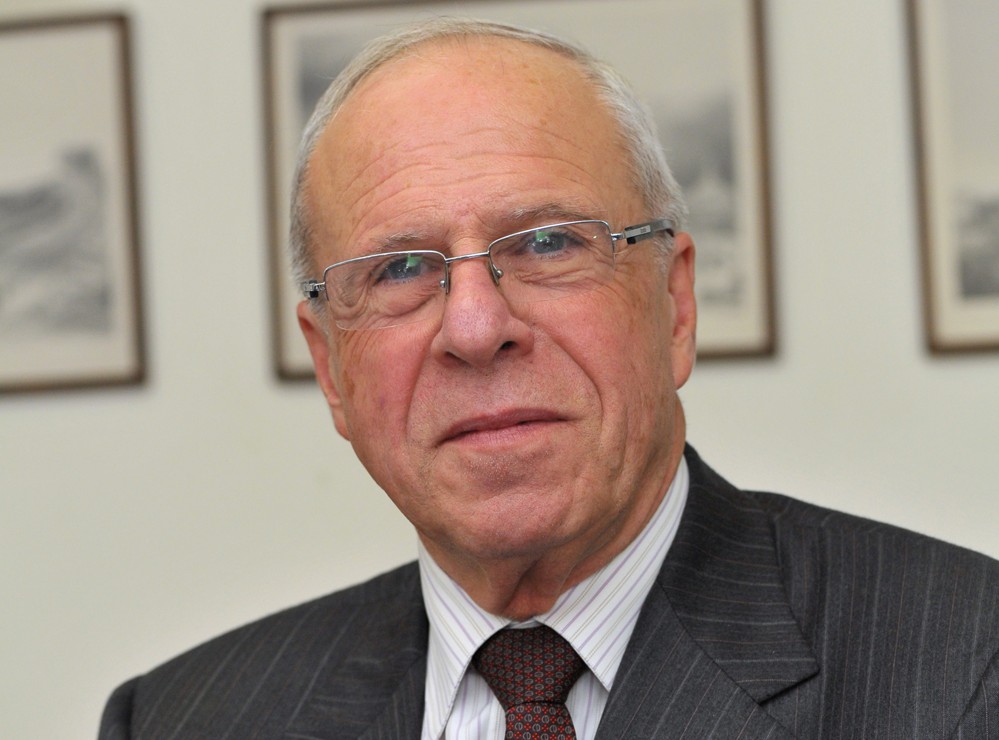 Ahead of his trip to Brazil aimed at promoting Lebanese wine, Executive sat down with the head of the Union Vinicole du Liban (UVL) and chair of the board of Château Ksara, Zafer Chaoui, to discuss the sale of Lebanese wine both domestically and abroad.

Over the past few years, we have seen an increase in wine production in Lebanon. Is this trend healthy, and do you see it continuing?

The [wine] sector is directly related to the economic situation of the country, and it is only one sector among many. It is true that from the end of the Lebanese Civil War in 1990 until 2010, we have seen a very positive development in the Lebanese wine sector.

[pullquote]The sales of wine from Lebanon to Syria dropped by 80 percent, according to the figures we have from the UVL[/pullquote]

This development is related to three factors, one of them being that Lebanese people now consume more wine than before. Another factor is the number of tourists, which increased in the country from 1995 until 2010; the third one is that Syria opened up its economy and there was an agreement between Syria and Lebanon which allowed us to send a lot of our wines there.

These three factors have changed and this is a fact. First, the purchasing power of the Lebanese people has not increased during the last few years, and this — combined with a very small decrease in GDP, inflation and a lot of other problems faced by Lebanese citizens — led them to decrease the amount of wine they are purchasing.

Second, the number of tourists has decreased, particularly after the Syrian war started, causing people to fear coming to the region. And a number of Gulf states instituted a travel ban on Lebanon, while [some] European countries advised their citizens to avoid coming to the country.

Finally, the sales of wine from Lebanon to Syria dropped by 80 percent, according to the figures we have from the UVL. To add to this, after Lebanon and the EU signed the Association Agreement [a trade agreement that came into force in 2006], there has been a tremendous increase in the import of European wine to Lebanon. These factors together have brought a reduction in the total wine turnover in Lebanon, and figures from the UVL show that we are now producing less than in 2011.

What can be done to protect Lebanese wines from competition from imported European ones?

It is a question of civics. When you have a very good product in your country, you should be proud of it and promote it.

The Association Agreement between Lebanon and the EU is a necessity. We cannot ask the government to repeal it when we are deeply convinced that a free economy is the key to success.

At the beginning of 2014, the minister of tourism back then, Fadi Abboud, sent a circular to all restaurants asking them to include Lebanese wines on their wine lists, but not all of them complied.

Restaurant owners could also be asked to stop recommending French wines to their customers over Lebanese ones, and allow them to make the choice for themselves.

Also, we have wine sellers in the city that sell foreign wines, which is acceptable, but all these factors together have brought about an increase in the quantity of imported wines in Lebanon. In 2013, according to statistics from Lebanese Customs, wine imports were $12 million and almost exclusively from France … while we exported $14 million [worth of wine] to 40 countries, and not just France. We have to live with this, but we must also be aware that there is a problem.

How about the export market? Has it been affected as well over the past few years?

All wine producers are working hard to play their part in exports. However, it is very important to know that you gain more in your own country because your own wine is known there, and you are proud of it. When you export, meanwhile, you have to face competition from all over the world and no one has this special attachment to Lebanon except for the Lebanese diaspora. So then you have to fight more and market your wine to a specific country, which requires much more effort than marketing it in Lebanon.

Also, exports are not easy, and the 2008 financial crisis affected the purchasing power in many developed countries.

What is the UVL doing to overcome these obstacles?

We try to work as a team and participate together in exhibitions which take place all over Europe, in order for people to know more about Lebanese wine as a country specific brand. We are very proud of our products, and I always say that the quality to price ratio of Lebanese wine is the best in the world.

How do you, as UVL, position Lebanese wine to the global market?

First, we try to have all wineries be part of the UVL stand, instead of each winery talking about its wine alone. We are trying to promote Lebanese wine as a whole. We are supported by many Lebanese embassies abroad, which is a new thing I would like to mention.

The minister of foreign affairs had a conference at the Phoenicia Hotel a couple of months ago, in collaboration with Lebanese Franchise Association president Charles Arbid, which was attended by [many] ambassadors and heads of missions. During the conference, the minister told them that we have to develop our exports; the political role of Lebanese ambassadors is not sufficient, and Lebanon no longer has that big [of a political] role to play. Diplomats are becoming economic agents of their country. I can tell you proudly that we hosted an event at the Lebanese Embassy in Paris where Lebanese wine was offered and promoted. On December 5, [2014], we have something similar in New York, where the consulate general has invited journalists and influencers to an event at the consulate aimed at promoting Lebanese wine. We are also hosting Lebanese wine days in São Paulo on November 27, [2014], and in Rio de Janeiro on December 7, [2014]. All of these events are organized by the ambassadors and the consulates of these countries and, as the head of UVL, I would like to convey my sincere thanks to these diplomats for their efforts.

These events are a part of the series of efforts to promote Lebanese wine with a good push from the heads of missions and their embassies, which is unprecedented and makes me proud.

Of course, the UVL has a part in this, and without the UVL it would not be possible. We are acting as a team and speaking the same language and this is what makes it possible. It is a very successful development which I hope will continue in several other places.

This is different from Lebanese Wine Day, which is under the auspices of the Ministry of Agriculture and largely sponsored by them. It is a day held in a different city each year, which started in Paris in 2013 and then Berlin in 2014, and we are aiming, with the close collaboration of the director general of the Ministry of Agriculture, for it to be held in New York in May 2015.

Other events include the international wine exhibitions which we attend under the Lebanese flag: ProWein in Dusseldorf in March, a big event which we go to hand in hand; Vinifest in Paris; and the London Wine Fair. We try to respect all parties and support small producers, who may need [the UVL] more than the big producers who can manage on their own.

The UVL organized and participated in a remarkable number of events [in 2014]. It was a year of great efforts to counterbalance the effect of the slowdown in the economy and the reduction in sales.

Lebanon remains a micro-producer of wine, even relative to some neighboring countries. What can be done to increase this number?

We need security and stability, especially in the wine sector. I can give as an example Château Ksara: in the golden years we received 75,000 tourists per year who would visit our natural caves and winery. Today, that number has dropped to 25,000. This shows the importance of security and stability.

I assume this is especially true for wine tourism in the Bekaa valley.

Here, I would like to ask the media to remember that the Bekaa Valley represents 40 percent of Lebanon. So we can’t talk about bad security in the Bekaa as a whole. The part of the Bekaa that is affected by the security situation is a small part of the valley, so the media should stop frightening people from going to the Bekaa [in general].

What more can the government do to support this sector in 2015?

Each year, the director general of the Ministry of Agriculture allocates a slightly higher budget [for the wine sector] than the previous year. He is targeting LBP 200 million [$132,000] this year compared to LBP 160 million [$105,000] last year. The event we are going to for sure is the New York one, and, if we can, we are trying to go to other cities in the US.

We will certainly try ProWein in March because it has become the largest European wine event of the year. [We will go to] France at the beginning of the year, then São Paulo and New York. We hope to find some other countries where we can also participate in events. Also, costs differ from one country to the other. For example, in New York the initiative was from the consular general, who just asked us to send the wine and he is taking care of all the rest. In São Paulo, it has been our initiative.

The success of such events depends on the people who attend: if they are strong in the sector and we manage to have a dialogue with them, the impact will be significant.

We have talked a lot about Brazil today, and I think the situation there is good. We are trying to sign a bilateral agreement with Mercosur, a customs union of five South American countries. Lebanon currently has no agreement with Mercosur, but the ministries of agriculture, foreign affairs, and economy are now pushing hard for this. If we sign it, wines shipped from Lebanon to Brazil will be taxed less than they are today, and this will push the market forward. For the moment, many colleagues do not want to [export to] Brazil because of the large taxes [levied there] on Lebanese wine.