Home The Buzz In photos: Misery and cheer

In photos: Misery and cheer

Greg Demarque and Micheline Tobia May 9, 2014

There are more than a quarter of a million foreign migrant domestic workers (MDW) in Lebanon, according to the International Labor Organization. Yet damning reports from New York-based NGO Human Rights Watch and local women’s rights group KAFA make clear that the majority of these people do not enjoy proper legal protections. Sometimes, this results in tragedy: a worker abused by her employers or another who commits suicide.

To draw attention to the issue, the MDW Coordination Consortium — which includes KAFA and several other NGOs — put together a three-day festival from May 2 to 4, just after Labor Day. There were several events: a book launch, readings, a street festival, a concert and a march.

The march, which was the closing event on Sunday, started in Beirut’s Dora intersection and ended in front of Mar Mikhael’s defunct train station. Hundreds of migrant workers and activists marched to demand more rights for the workers. 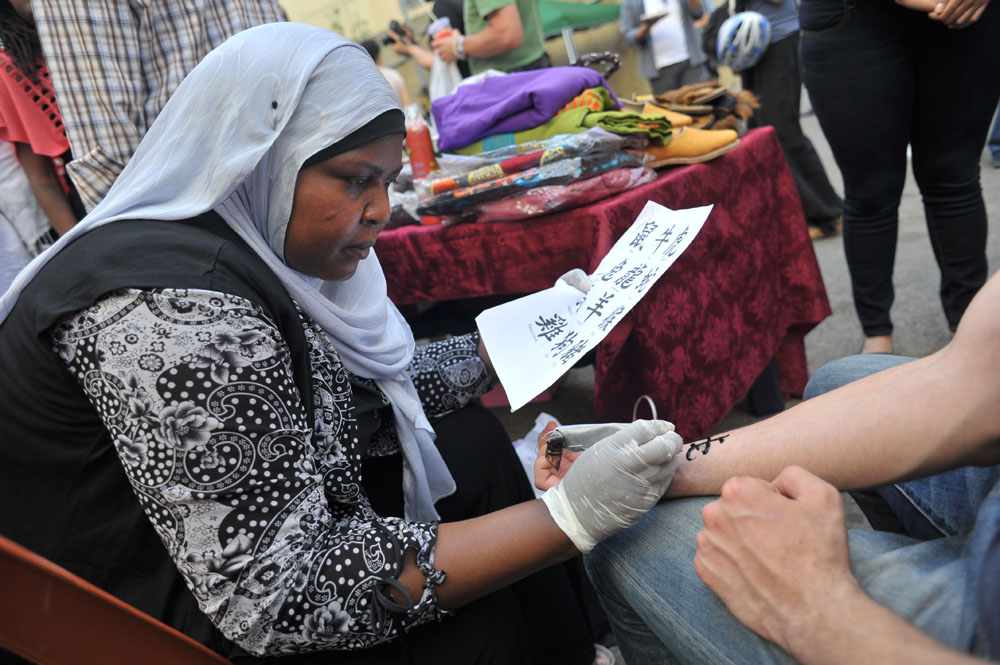 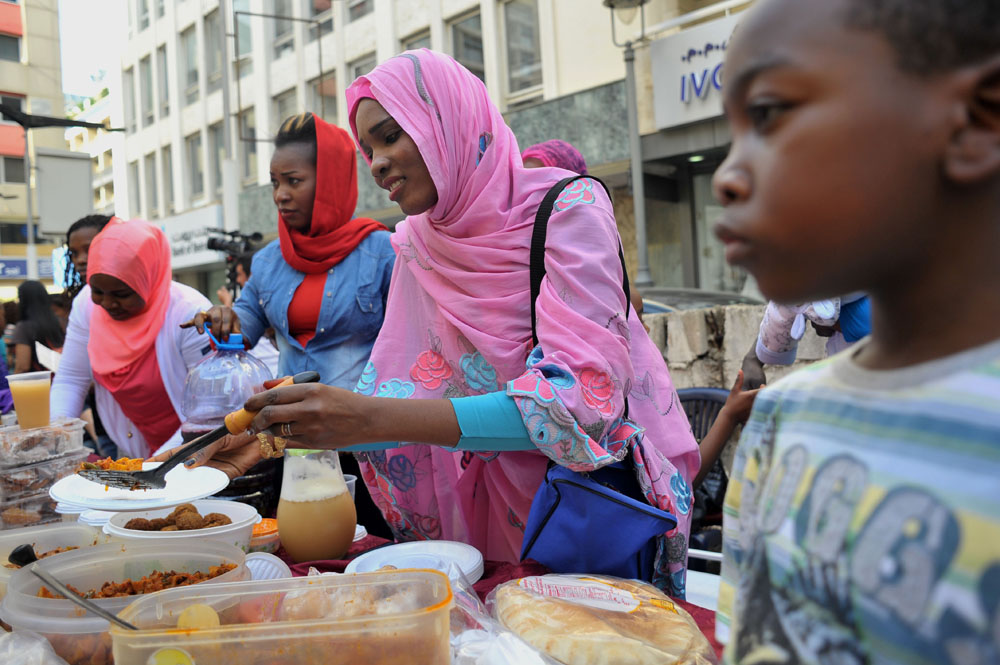 Dishing out deliciousness to passers-by 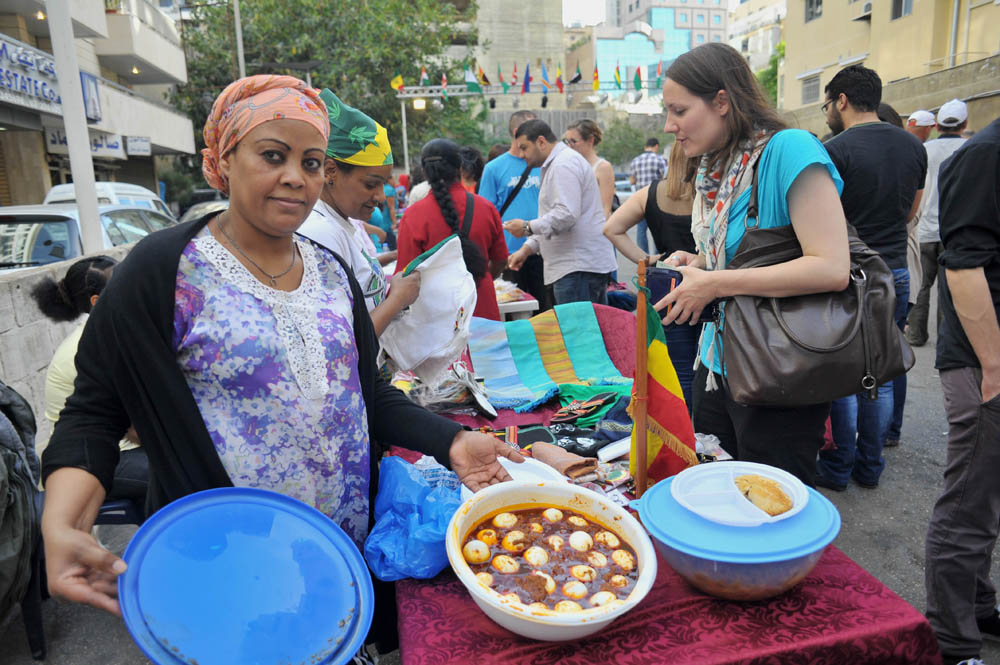 Try before you buy — then enjoy 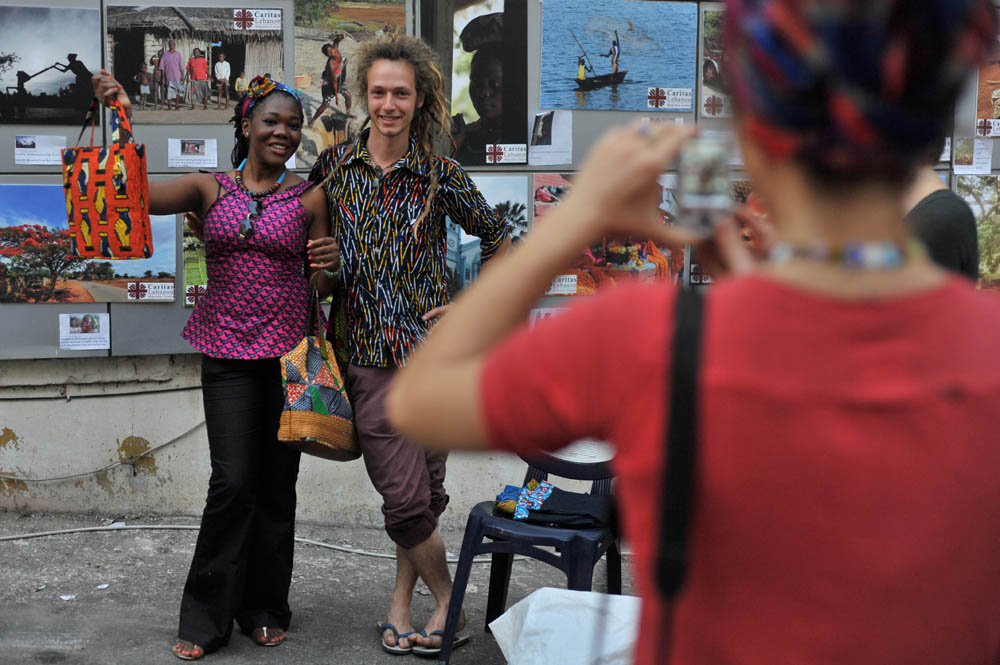 Not hungry? Take a look at the clothes and accessories on display 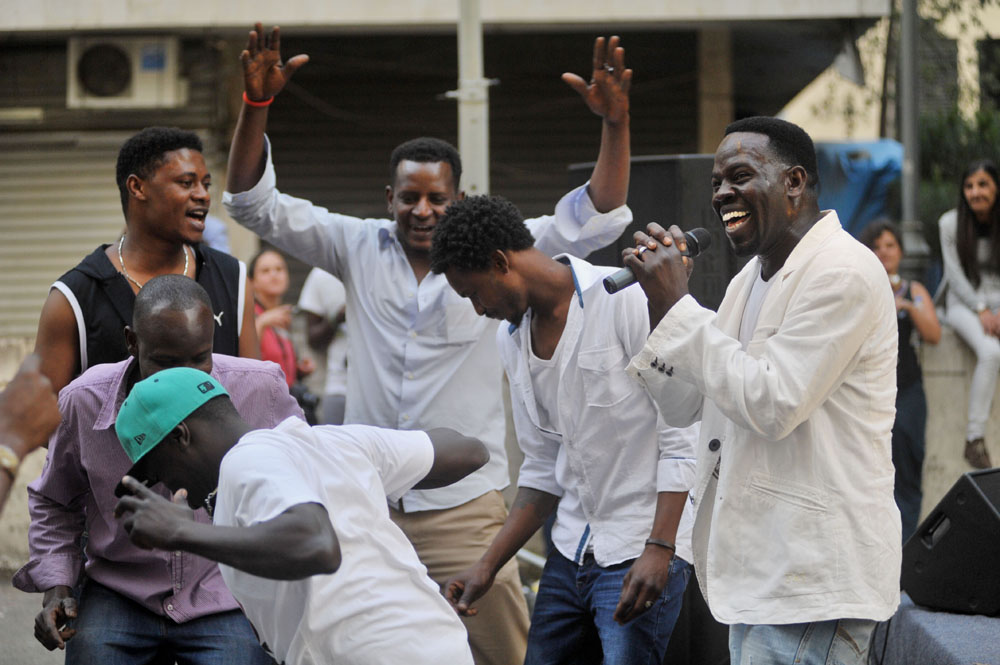 And why not have a good time 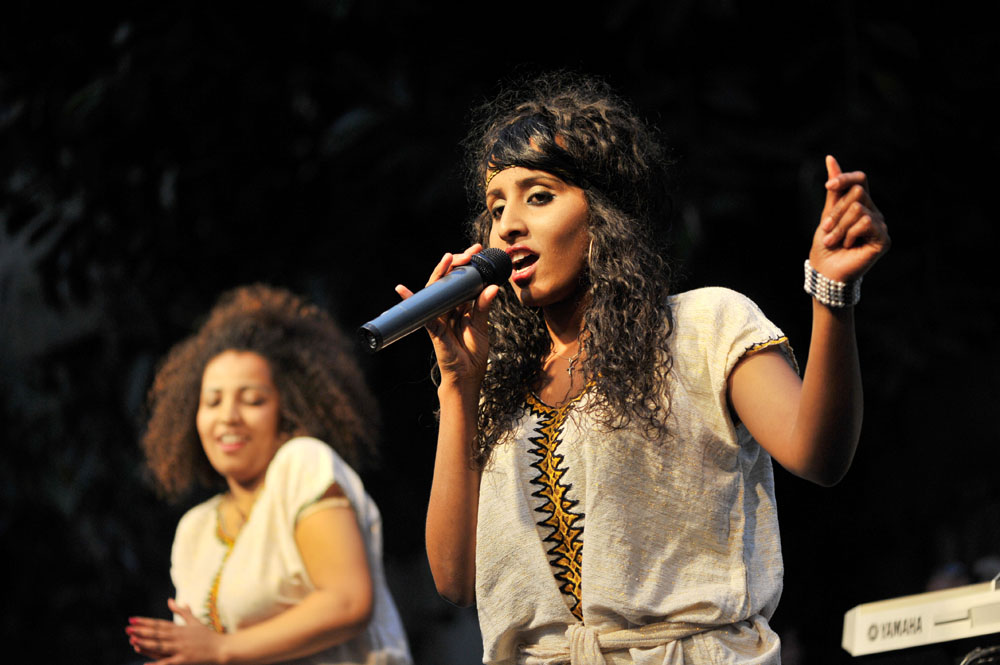 After the street festival, head over to the live concert 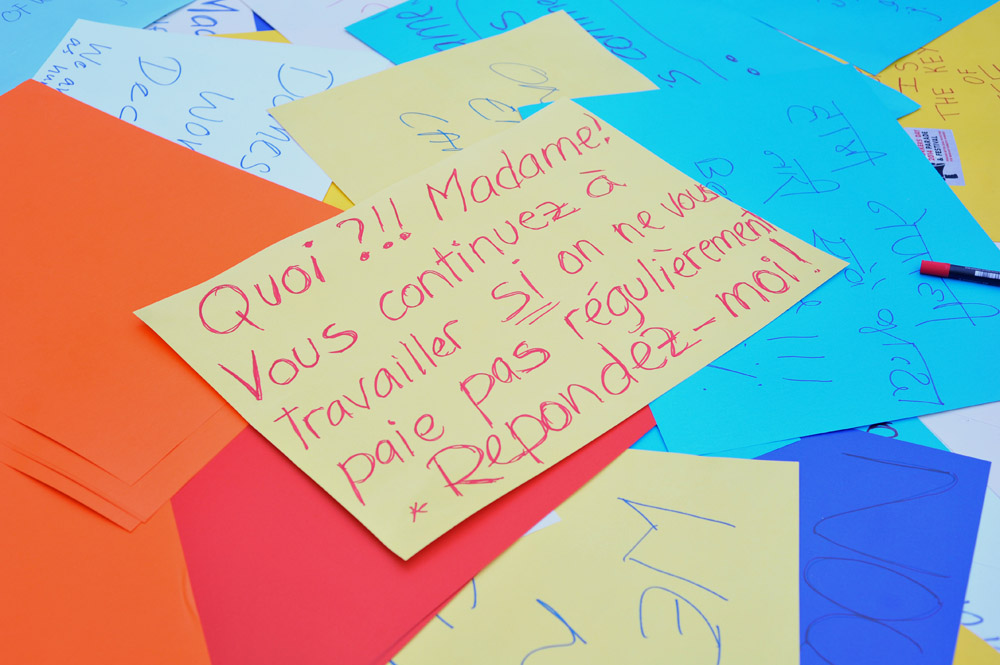 A sign for Sunday's march: "What?!! Madam! Would you keep on working even if you were not paid on a regular basis? Answer me!" 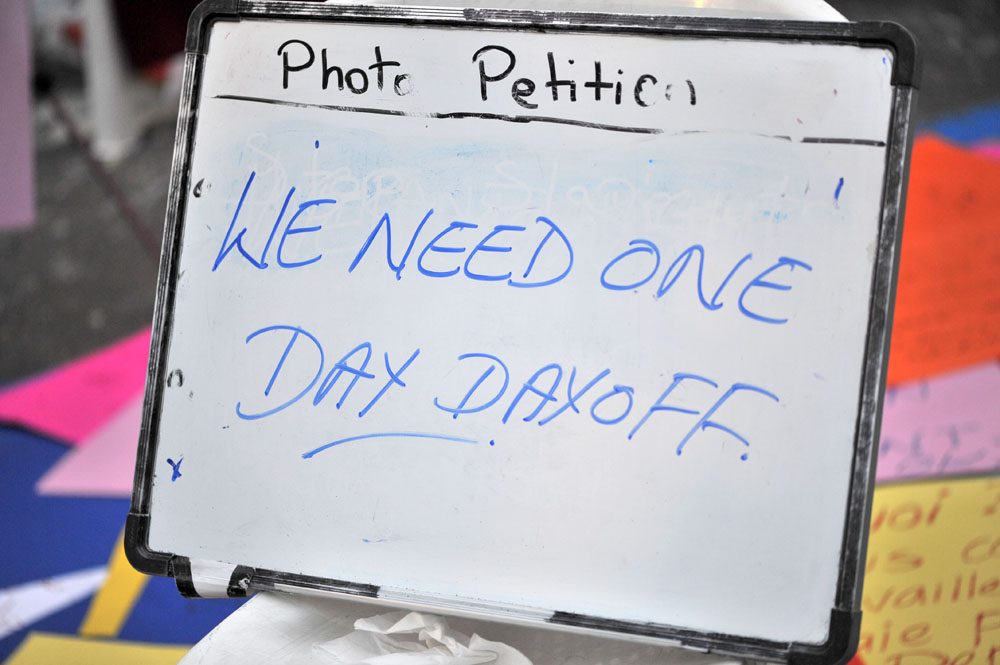 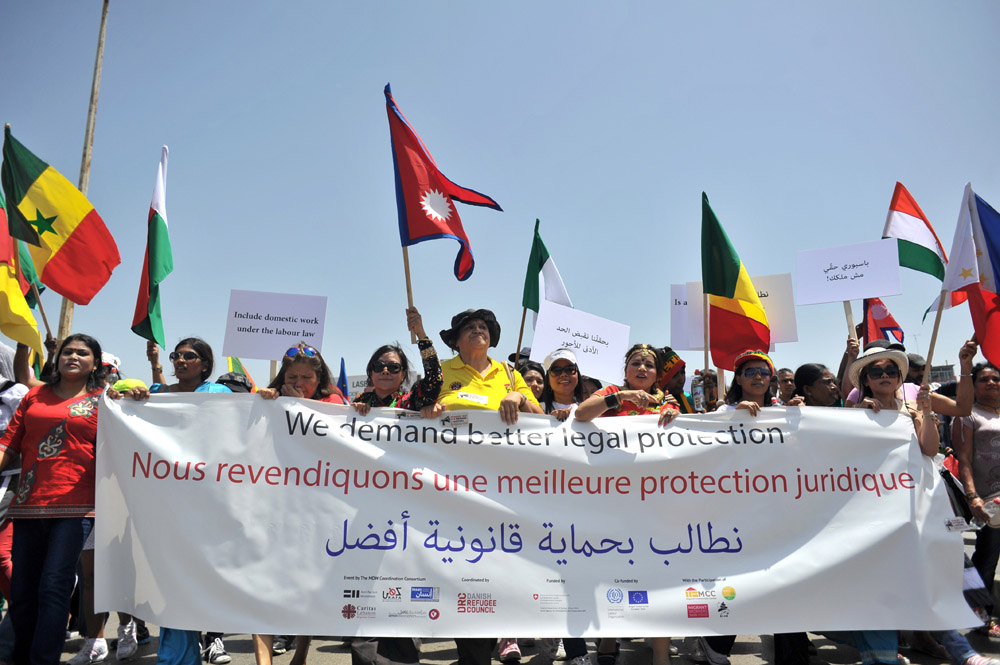 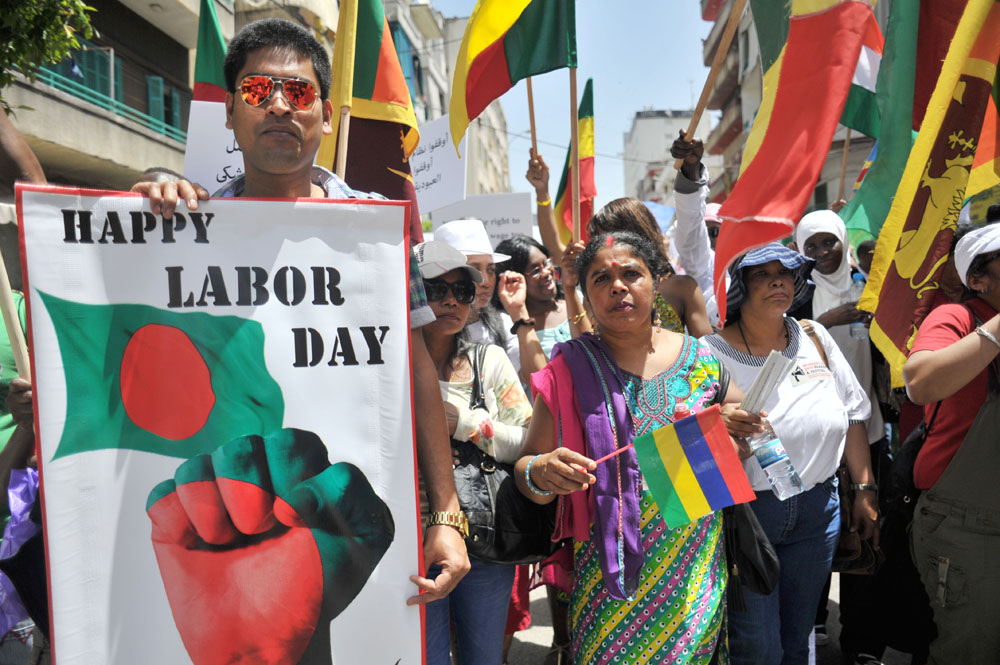 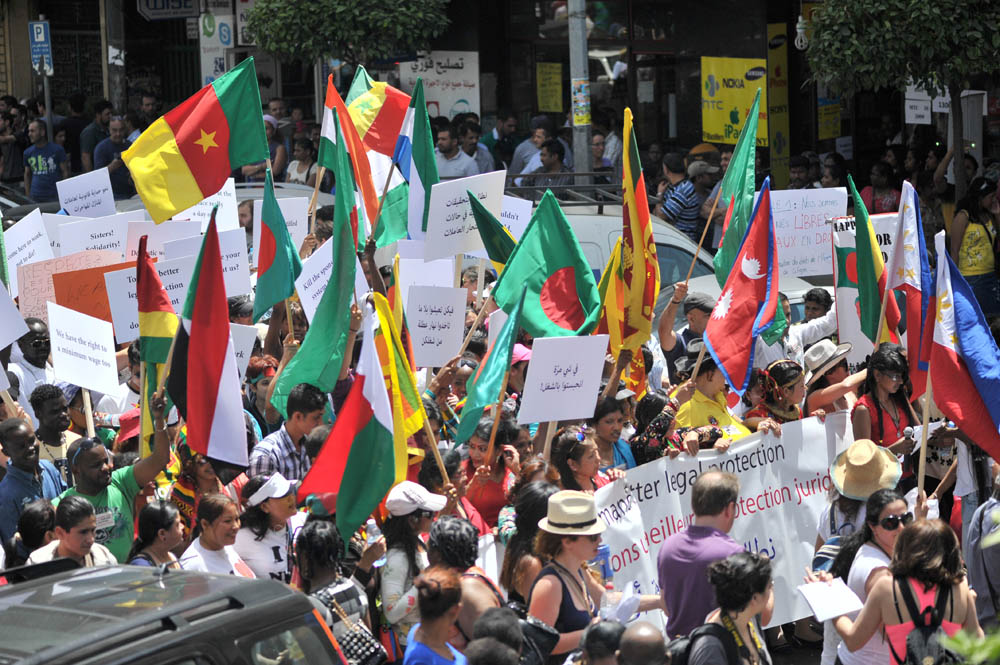 "Imagine all the people..."

The list of demands issued by the MDW Coordination Consortium can be found here.